First off I want to say thank you for the comments and suggestions on my post about writing a book based on my father's letters home from World War II.  The encouragement was most welcome and I loved hearing about the experiences others have had doing something similar.  Especially welcome were the suggestions of what to do with the letters after I have finished because I would just love knowing that they will be preserved somewhere.  Thank you, dear readers!
📚 📚 📖 📚 📚
Blowing Rock, NC 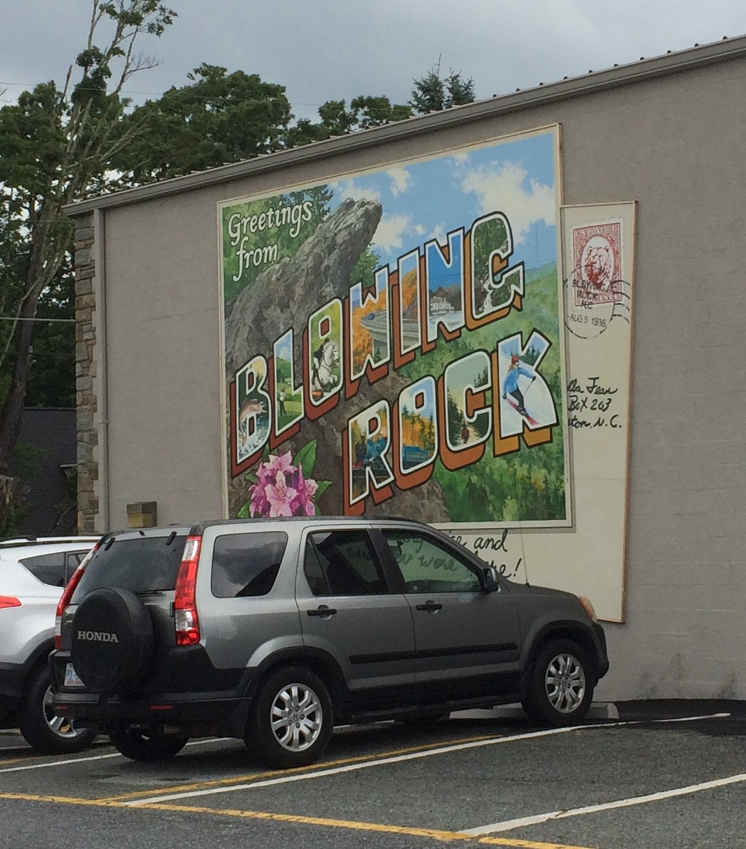 On our jaunt to the mountains last week, we stayed in a small inn in Blowing Rock, elev. 3566 ft.  The town was filled with flowers blooming everywhere. 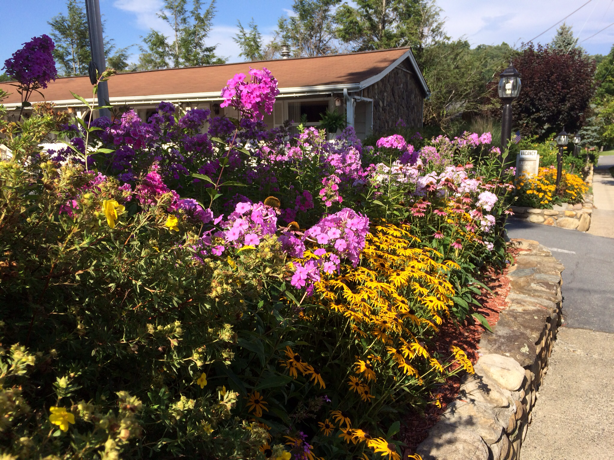 These were next to our inn and  all along our walk to dinner in an old house with a restaurant below and tourist rooms above.
We ate dinner outside on the big front porch of the house, overlooking more flower gardens.

...and down Main Street 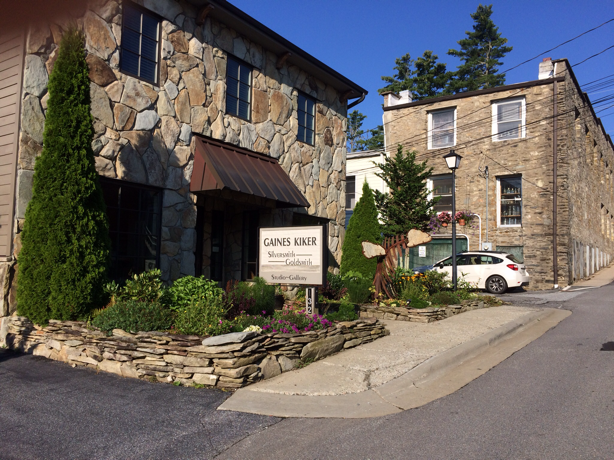 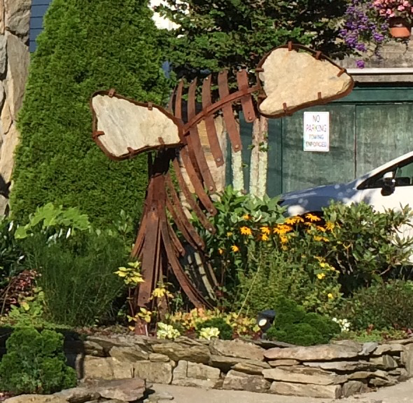 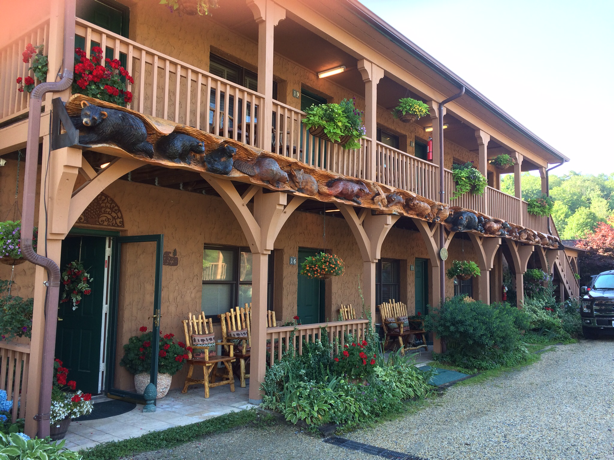 Early settlers didn't arrive in the area until the mid 1800s and they were few and far between.  Soon people from Lenoir were coming up in the summer to cool off and "take the mountain air". The first ones had to set up their own tent camps but then several inns sprang up to accommodate the visitors.
During the Civil War people sought refuge from the war in the mountains of North Carolina.  Soldiers sent their wives and children there, the safest place they knew, while they went off to fight.  After the war many of them rejoined their families and made the first permanent homes in Blowing Rock village.  The current population is about 1800 people with very strong legs.  You can't see it in my photos but all the streets are at about a 45 degree angle! 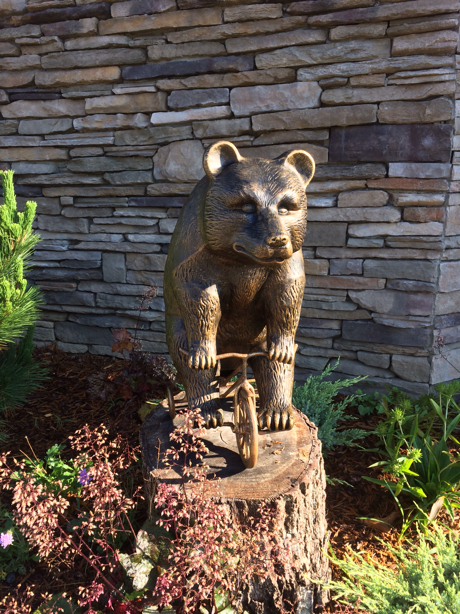 Heading for the Hills to Beat the Heat

Early in the week we drove north and west about 6 hours to the mountains of North Carolina to get away from the heat and humidity for a few days.  This is the area where we lived 35 years ago, where we bought 33 acres in the Blue Ridge Mountains and built a log and stone home with our own hands. 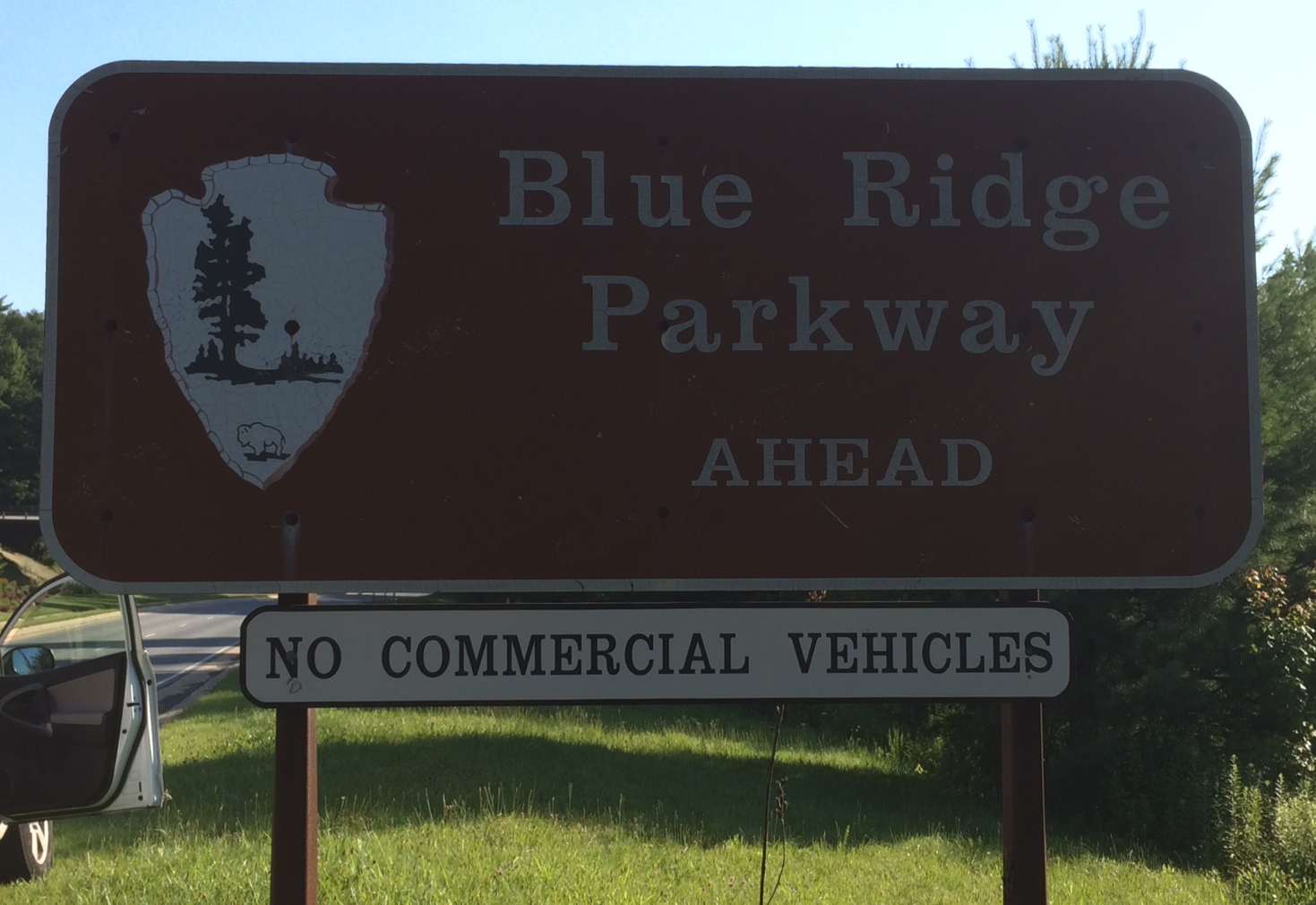 The Blue Ridge Parkway runs 469 miles through Virginia and North Carolina on the crest of the Appalachian Mountains between Shenandoah National Park and Great Smoky Mountains National Park.  There are scenic overlooks every few miles, cars move leisurely along, and it's one of the most beautiful places on Earth.
The parkway was begun in 1935 and the last section finished in 1987.  The land and views along it are protected, with no advertising or commercial businesses, and since the altitude was 3200 feet to 4300 feet, the air was cool and fresh.
Ah, just what we needed! 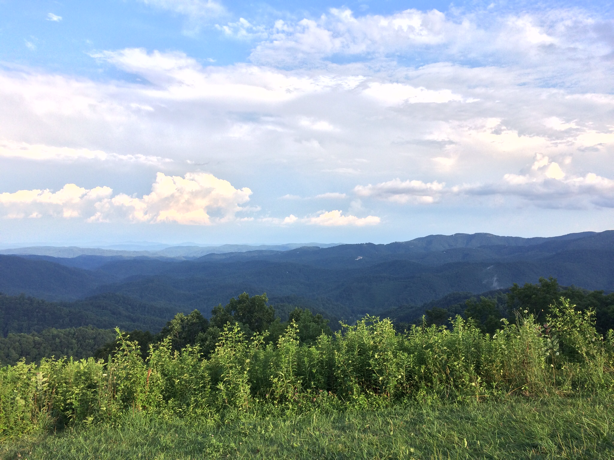 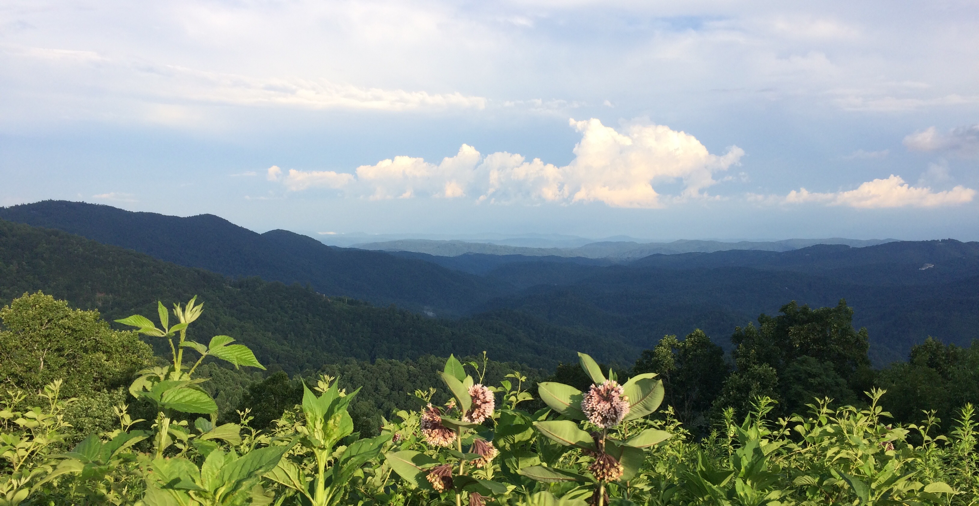 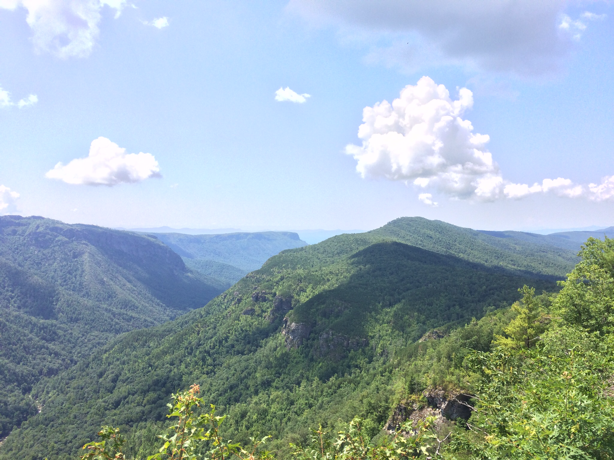 We drove down a primitive one lane, steep (and scary!) Pisgah National Forest road to a parking area and hiked out to Wisemans Bluff Overlook.  This view shows Table Rock, Hawksbill, and Shortoff Mountains. There were two overlooks built out on rock cliffs where you can safely walk out over the edge to photograph. 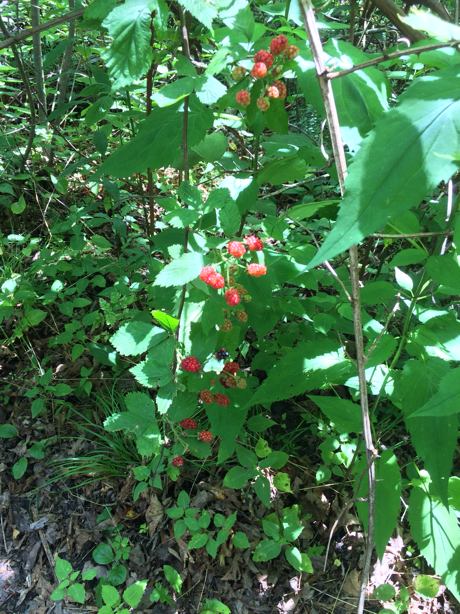 There were blackberries along the trail but birds
or other hikers had gotten to the ripe ones first. 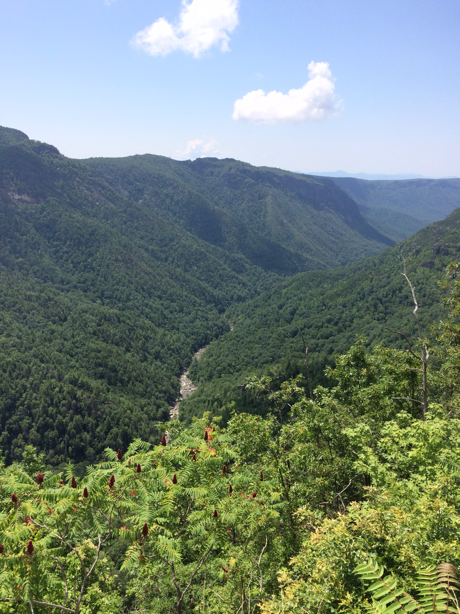 At the bottom, some 4000 feet down, is Linville Gorge and waterfall.
The bushes in the foreground with the red cone shapes at the top are sumac.  You can make a sort of lemonade-tasting drink from them and it's very good.  Pretty too as it is a bit pink.
On the way back to our inn we stopped here to see if we could buy some horehound candy and sure enough, they had some! Horehound is an herb in the mint family and it has a taste somewhere between root beer and licorice.  It soothes your throat and when I was a kid my grandpa would pull some out of his pocket, wrapped in twisted brown paper, and dole out a piece if you were a good girl.
Posted by Cynthia at 12:43 PM 13 comments: 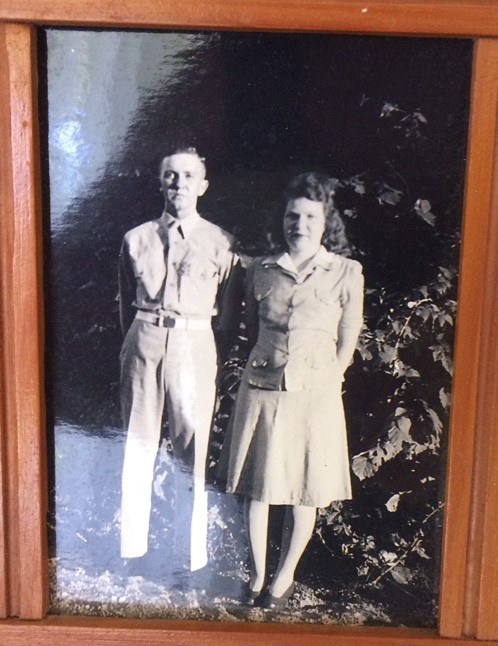 There are somewhere between 800 and 1000 letters, my dad's plus one year of letters written to him by his family.
He was only a teenager when he left the family farm
but he was a very good and honest writer.
(Dad in his uniform and his sister on the farm) 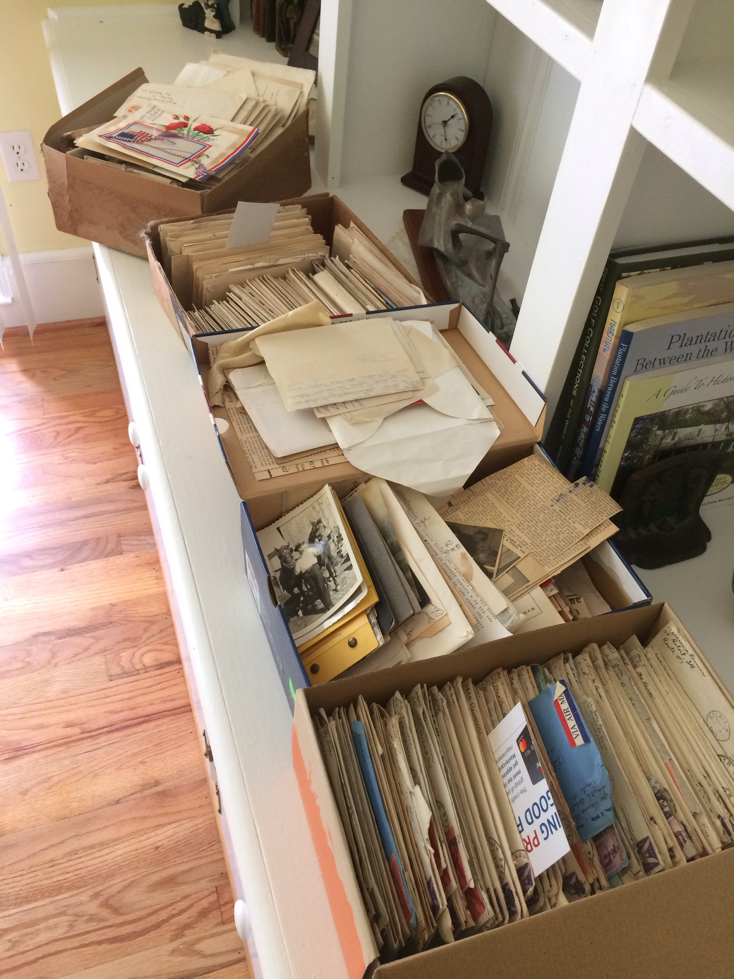 The summer after I became the keeper of the letters, I began to read them.
It was soon too difficult and emotional (my dad was very ill and died that fall) and I had to give it up before I had even finished the first year.
But l had read enough to know that I was in possession of a little bit of history
that should be preserved. 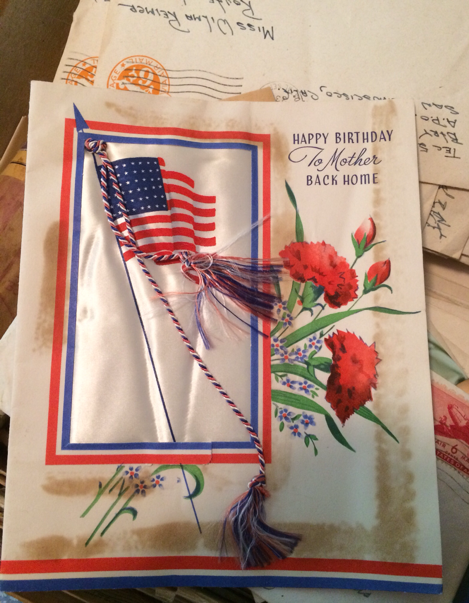 It took me another four years,
four years of distance from my father's death,
to dive in again.
I had no idea of how to begin what seems like
a very large project, how to approach it, what direction the telling should take.
To tell you the truth, I still don't but I knew I had to start somewhere and I have.  I am trusting that the letters will tell me the story I need to tell. 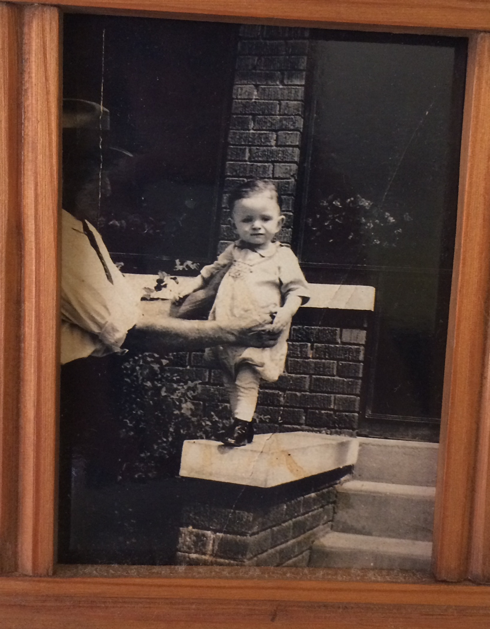 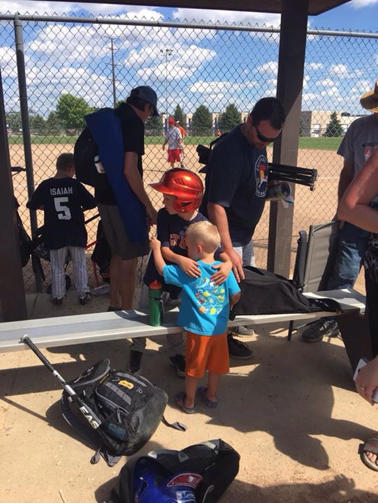 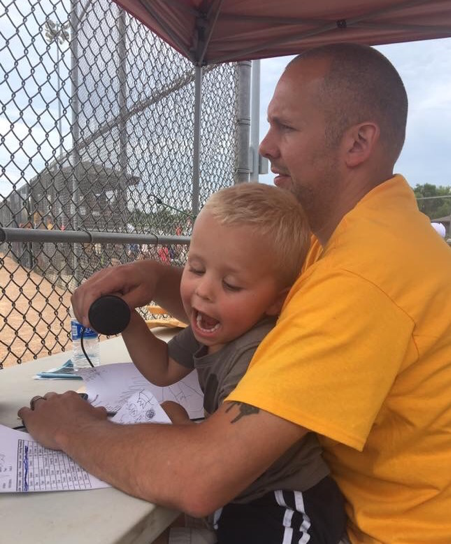 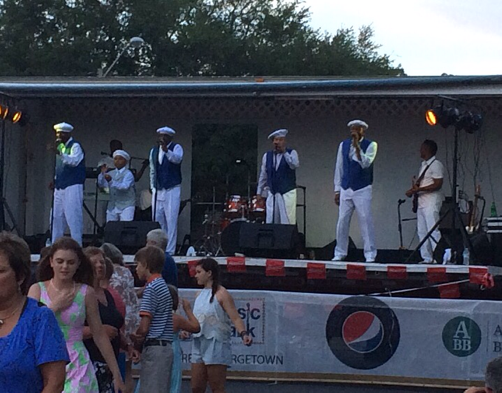 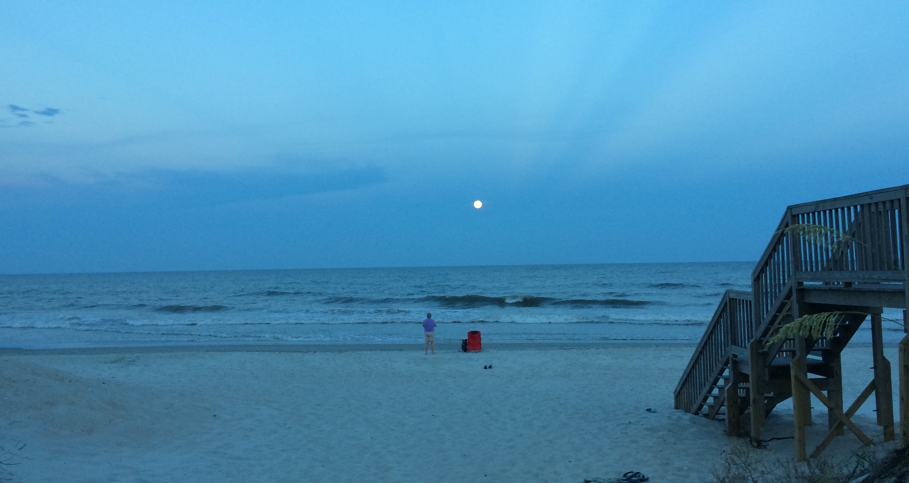 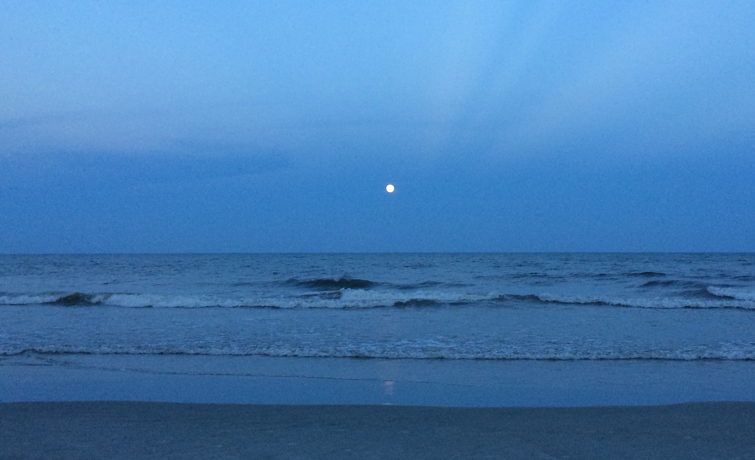 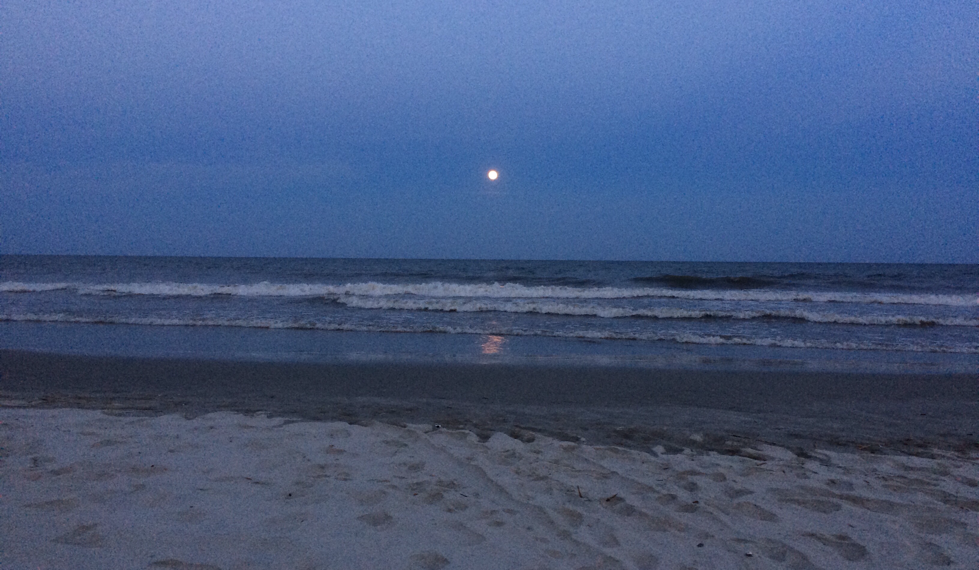 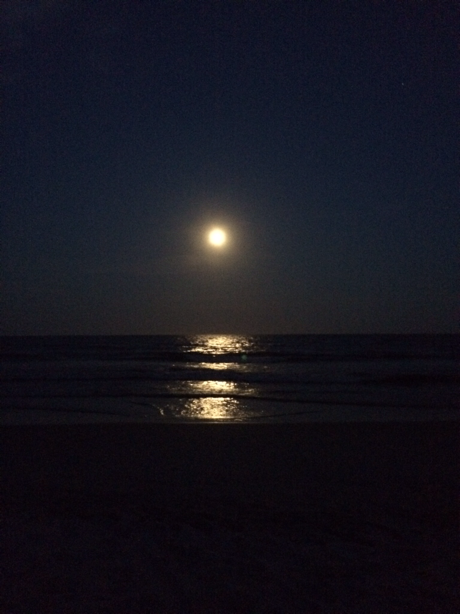 This year the Fourth  of July holiday feels different.  Rather than celebrating America's past and present, I'm in a more reflective frame of mind about its future.
I don't want to rain on anyone's parade (or picnic, or fireworks) but I am going to share some of my thoughts. 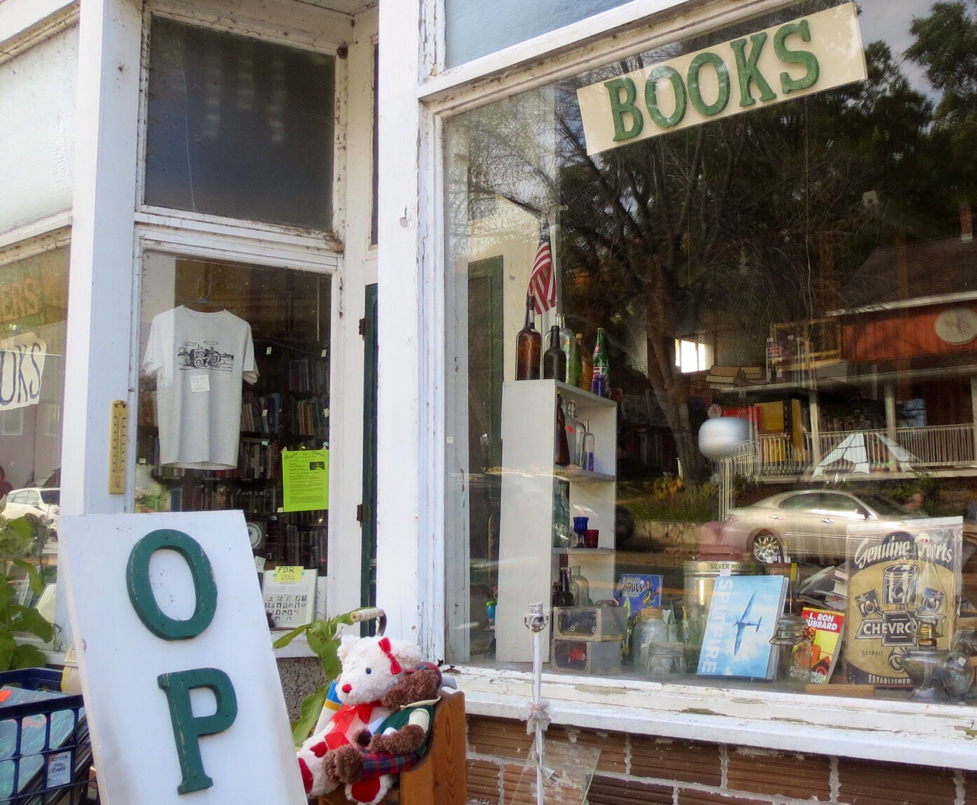 Part of me is grieving for the America I believed the country was created to be,
the one where the poor and the oppressed were welcomed and aided, were grateful to be here and sought to assimilate,
where "anybody" could become President (or Congressperson, or mayor) and money didn't buy the political offices of the land.
One where science was respected and acknowledged as the way to a great future, where people didn't pollute their Earth home,
were polite to each other and
learned from their differences.
An America where the poor and elderly, the mentally and physically ill, weren't blamed for their situations but assisted with the most basic needs of life.
A country where the President was respected and didn't
make a fool of himself to all the world.
You know -- the America I wish I could leave
to this little guy and the rest of our grandchildren. 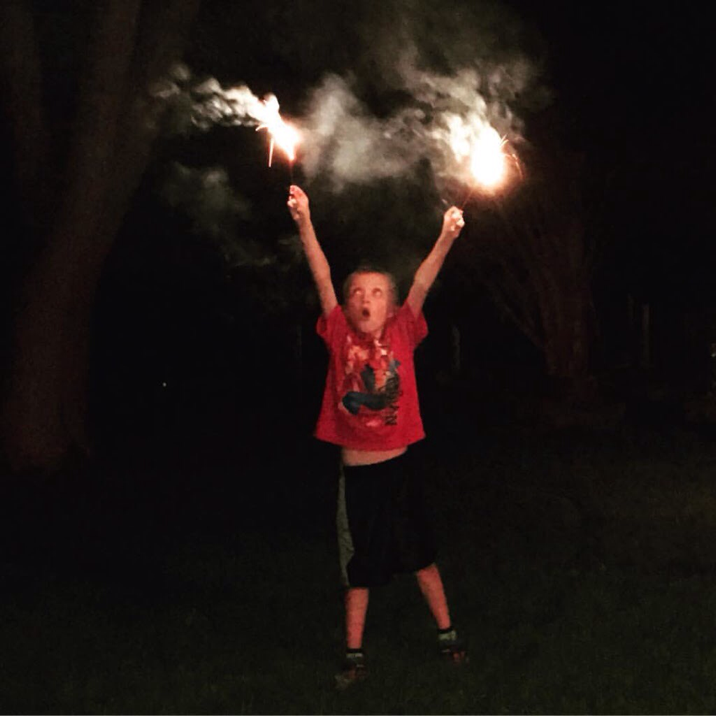 I care so deeply about these issues and scramble to avoid succumbing
to negative thoughts.
So, last night after the summer crowds left for dinner we sat on the beach. 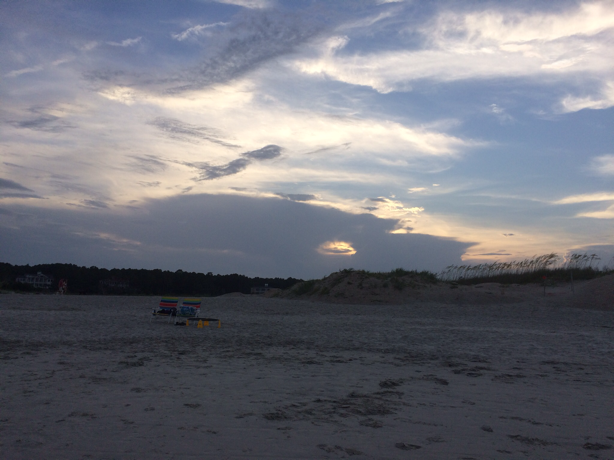 The beach is our go-to thinking place.
We weren't alone, there were a few families left, taking photos, playing in the waves, walking purebred fancy dogs, walking mutts, speaking Spanish, speaking English.  People who were a rainbow of colors (mostly red - from sunburn!) smiling at the children (one little guy would not keep his swimsuit on!), greeting  each other
on a gorgeous clean beach, the surf in front of us, a spectacular array of clouds above, the sunset behind.
I thought about Leonard Cohen (1934-2016), a Canadian, who wrote some pretty wonderful songs and poems about America's democracy.  He believed that the achieving of it was an ongoing thing and that democracy wouldn't be put right through governments and laws but through the protestors and left-behind workers of the heartland, the oppressed women from the deserts (Middle East), the feminists, and the real Christians, the ones who patterned their lives on Jesus.
Sail on, sail on, he sang,
Oh mighty Ship of State!
To the Shores of Need
Past the Reefs of Greed
Through the Squall of Hate.
Sail on, sail on.
Need, greed, hate -- they are rampant and it's gonna be a rough trip.
I do hope we make it through, and soon!
🇺🇸 🇺🇸 🇺🇸 ❤️ 🇺🇸 🇺🇸 🇺🇸
We don't have any celebration plans.  Too many traffic jams and tourists, the family picnic is in the Midwest, 1300 miles away.  We'll go to the gym, grill some turkey brats and corn on the cob, and go about our regular Tuesday business.
Whatever you do, I hope you enjoy your day.
Posted by Cynthia at 10:45 AM 16 comments: