We packed some food and left our campsite for a drive to the Edisto Memorial Gardens in Orangeburg for lunch.  The azaleas and cherries were in full bloom and the weather spring-wonderful.

Where Union and Confederate soldiers met in combat in 1865, in 1921 azaleas were planted among the majestic old cypress trees.

I found this old vintage post card of almost the same scene I photographed, made shortly after the azaleas were planted.  You can see how they have grown since 1921.  They are now taller than me and form one continuous bush all around the park.
Part of the park remains a Tupelo and cypress wetlands accessible by boardwalk trails.

There are 175 acres total, with cherry trees, azaleas, dogwoods, native plant areas along the river, and a rose garden (that wasn’t in bloom yet).

Irises, redbuds, and every shade of green one could imagine
The scent of cherry blossoms warmed by the sun followed us everywhere.

Bob enjoyed having lunch “out”, too.
“Look, guys!  I got my very own pine cone!”

Francis Marion — A Hero from Georgetown

Francis Marion, a folk hero of South Carolina, grew up on a farm outside Georgetown where he honed his skills on hunting and fishing expeditions in the swamps and backcountry.  Lots of places in Georgetown are named for him so when we saw a sign pointing down a tree-lined road to his burial place at Belle Isle Plantation near Pineville, we thought we should have a look.
After disastrous defeats in American Revolutionary War battles at Charleston and Camden in the summer of 1780, the Continental Army gave up the fight for independence in South Carolina.
Not Francis Marion however.

He put together a band of 20-70 men who patrolled the area between Charleston and Camden along the Santee and Pee Dee Rivers. Using guerrilla tactics, he freed American prisoners being held by the British, captured British outposts, and lent critical assistance to the struggling regular American troops.  Marion’s Men, as they were called, served without pay and provided their own arms, horses, and food.

Marion and his men, crossing the PeeDee River
Marion tormented and demoralized the British army with his uncanny ability to elude capture, including one 26-mile, 7-hour chase through marshes, woods, and swamps  that earned him the title “The Swamp Fox”.

There are lots of tales in this neck of the woods about the legendary stealth and cunning of The Swamp Fox, and historians agree that he was a major force in keeping alive the cause of independence in the South.

Marion returned to farming after the war and passed away in 1795 at the age of 63.  He is buried at Belle Isle, his brother’s plantation.  His grave and memorial is now a beautiful state historic site.

His modern legacy continues as one of the fathers of modern guerrilla warfare in the traditions and tactics of the U.S. Army Rangers and the Green Berets.

We’ve been on the road enjoying a bit of South Carolina spring.

The blue circled area is the part of the state we explored.  The red arrow points to all the wild and beautiful National Forest land between us on the coast and the SC lakes.

We haven’t found our home on wheels yet, so we stayed in Big Blue, our tent.  The back part is our bedroom.  The front has detachable curtains that open up to show off the view and it becomes the dining room/reading room/kitchen if it rains.

We cook on our Ohuhu stove which is fueled by twigs.

It gives off a surprising amount of heat and can boil a pan of water in less than five minutes.

If you leave the rain fly off the top of our tent, you can lie in bed and look up at the moon and the stars.

Our campsite faced Lake Marion for beautiful orange sunrises on the water and behind us was the pine woods where the full moon — the last Super Moon of the year — set each morning.

The Sinkhole Nature Trail in the park  took us for a couple miles through the woods around several huge sink holes.  Lots of spring happening here.

Don’t know what this plant is but I love all the little squiggly tendrils in there.

The dogwoods were just beginning to bloom.
They start out a delicate shade of green ...

and open to the whitest white.
Things have changed a lot since I was a kid when camping meant carrying all your water from a central location and using a primitive outhouse.  Now there are very nice restrooms with hot showers, and a water spigot and electric outlet in each campsite.  And wonder of wonders, South Carolina state parks even have WiFi available for campers, this one in a lounge over the beautiful lake!

I’ll be back in a day or two to show you some of the day trips
we made and the places we visited.
Happy spring!
Posted by Cynthia at 8:48 AM 17 comments:

It’s March and we are having a taste of spring.  Still way more rain than sunshine, as you can see by the gray skies.  It’s not raining at the moment so let’s take a little walk around the main street and oldest street of town, Front Street. 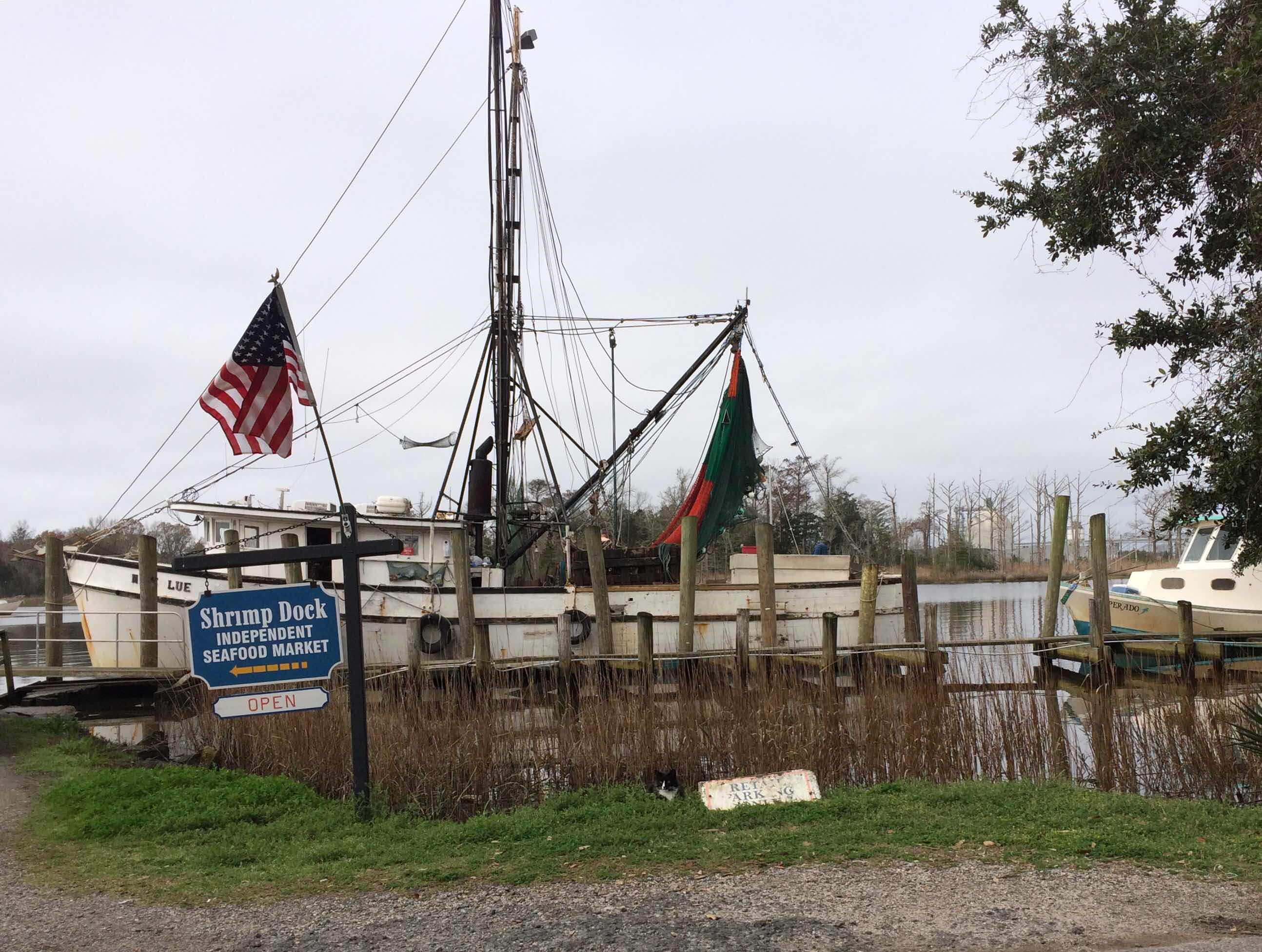 Most of the boats that dock at the Independent Seafood Market are out fishing so the market isn’t open yet.  Do you see who is watching and waiting for it to open? 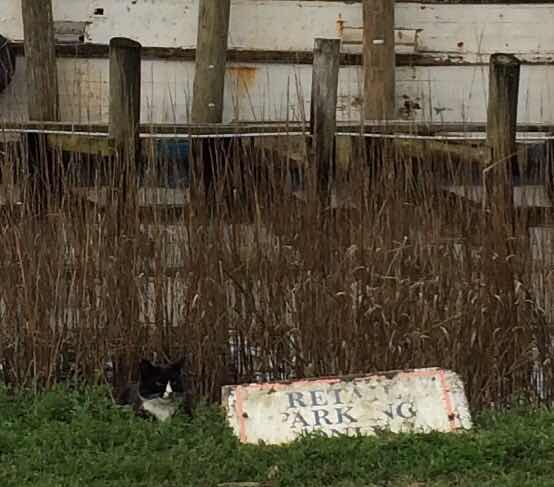 Once the boats start coming in there will be cats everywhere.  A parade of cats will come from blocks away, crossing streets and yards to converge at the back door, receiving handouts of fish scraps.
This smart guy is waiting to be first in line!
Next door are the docks for the Stormy Seas Seafood Company and their public market. 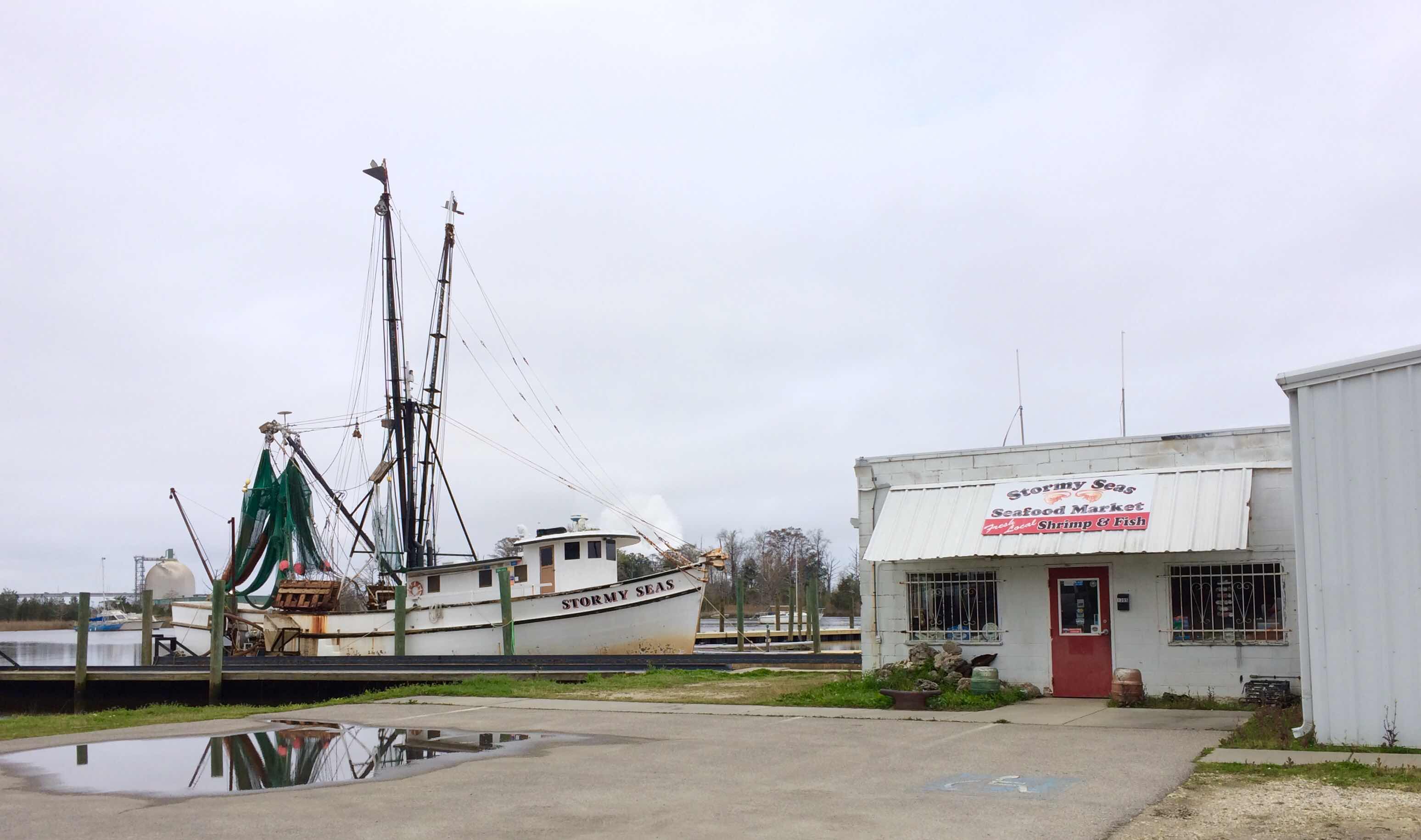 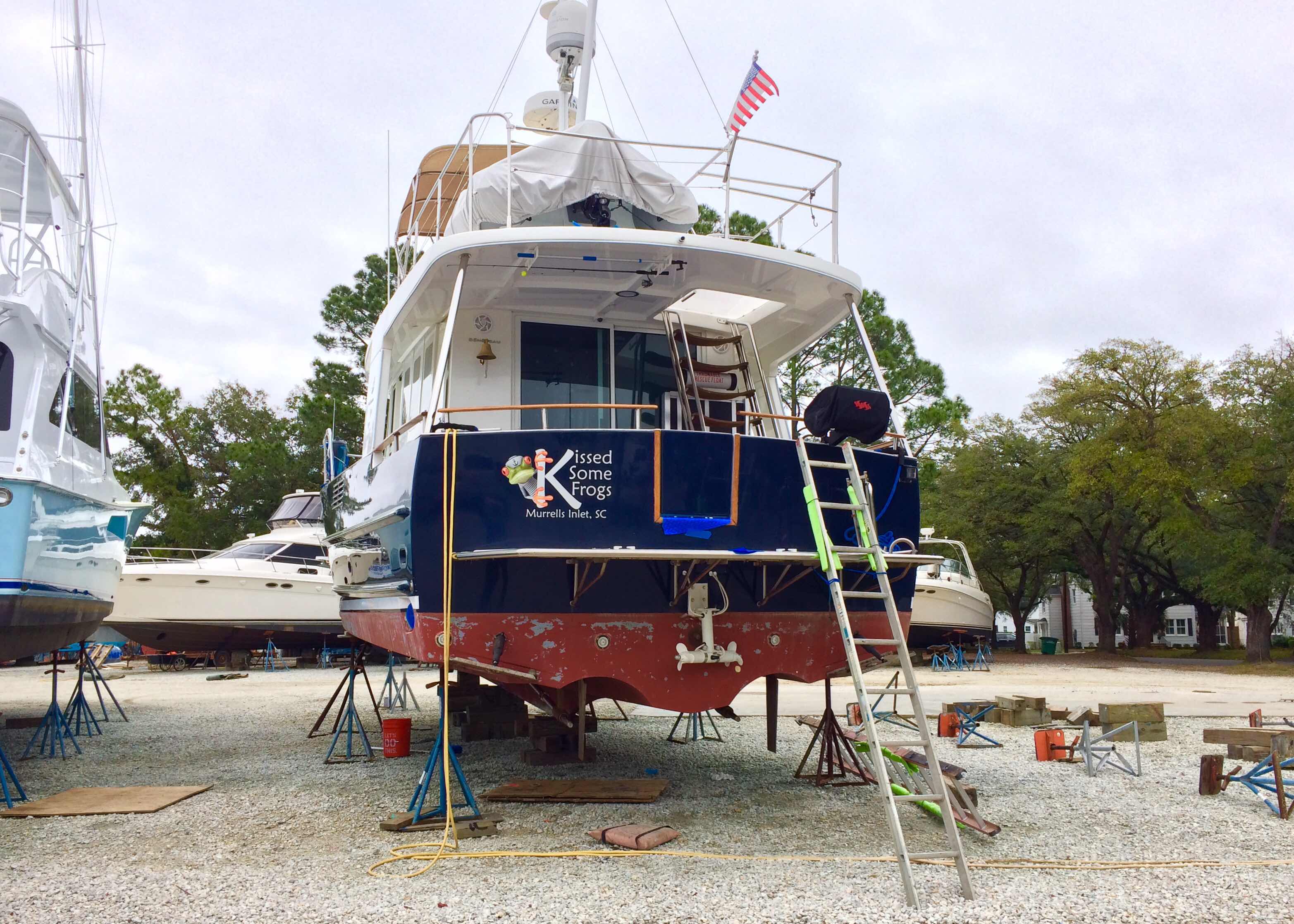 Adjacent to that is a boat repair business and marina where the Kissed Some Frogs is being worked on.  We’ve never seen Kissed Some Frogs before and we liked its fancy logo.  Most boats around here only get plain black letters spelling out their names.
A couple blocks down Front Street is a new sign on a building that used to be an art gallery. 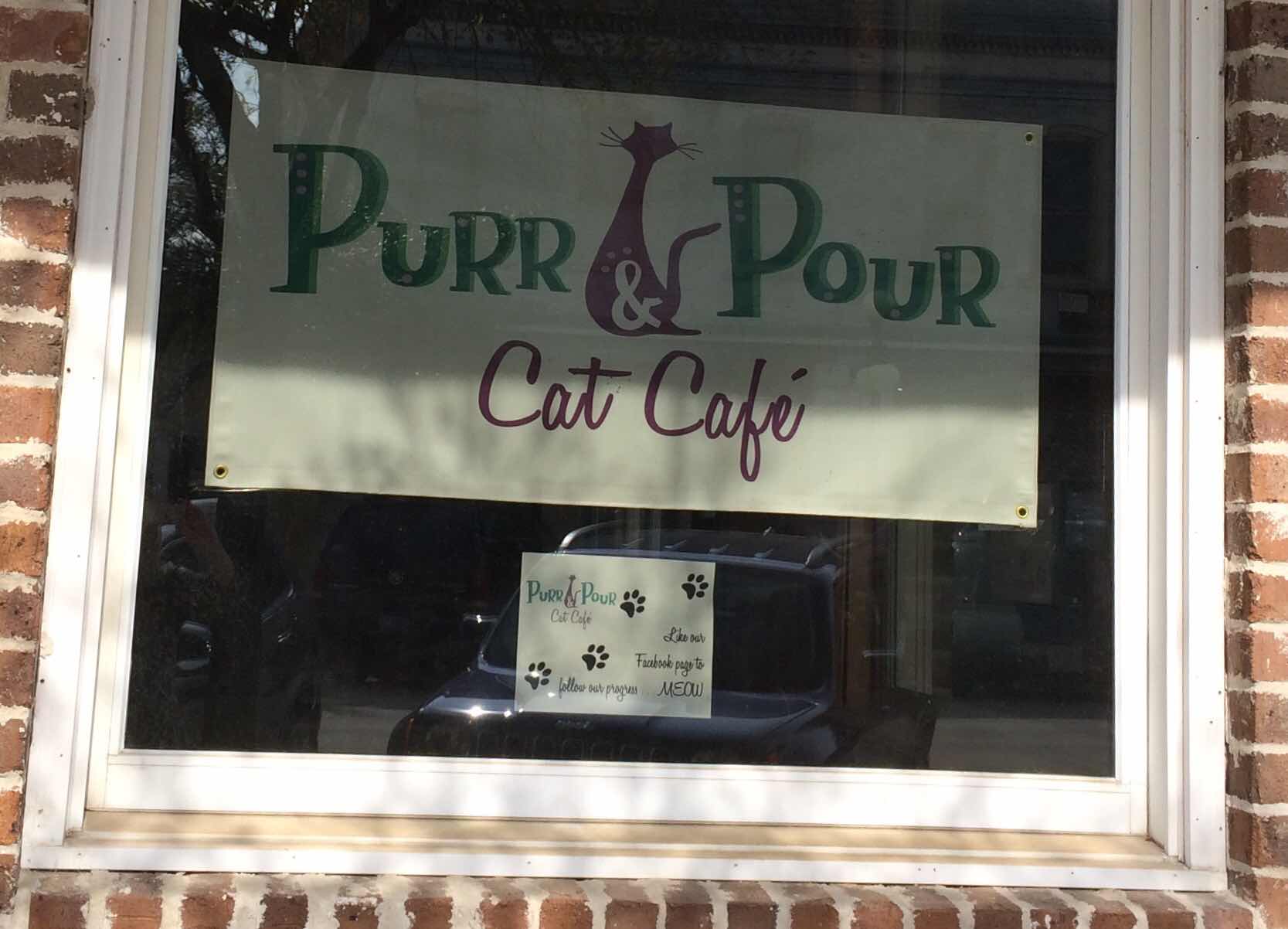 Isn’t that interesting!
We have tons of seafood restaurants and gift shops, even a bakery now, but we certainly do not have a cafe featuring cats! I looked up their Facebook page and found they plan to open next month. Their goal is to mingle customers and cats and hopefully people will take home some of the many, many stray cats of Georgetown.
I wonder if they have an opening for Chief Cat Petter?
Don’t forget to set your clocks ahead tonight for Daylight Savings Time if you live in the U.S.
And here is a little reminder: 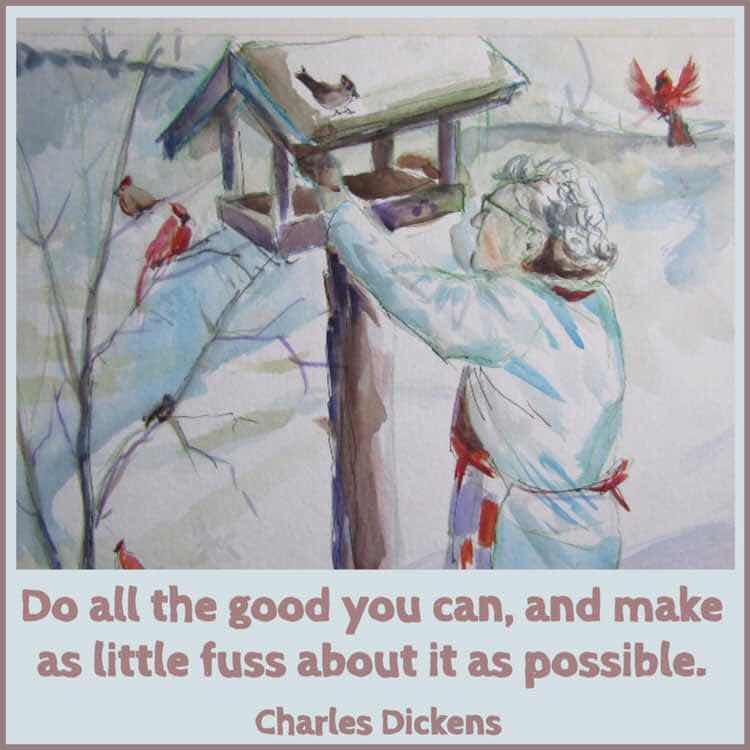 The ‘Silver Twinkies’* Come To Town

We had an interesting event this weekend in our town.  Living on the coast as we do, most events are about water and boats, but this one was about some “land yachts,” — an Airstream trailer rally.

About 35 or 40 of the sausage-shaped shiny silver trailers rolled into town Friday and gathered at the big boat ramp parking lot near our house for the night. 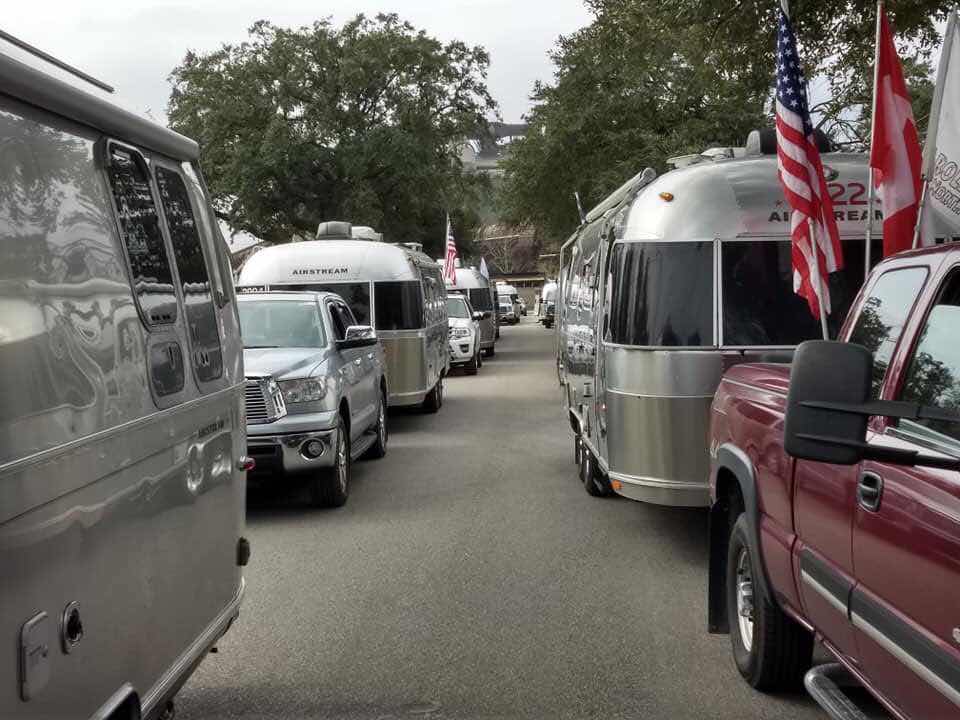 On Saturday morning they made a parade down the Main Street and then set up camp on several of the downtown streets. 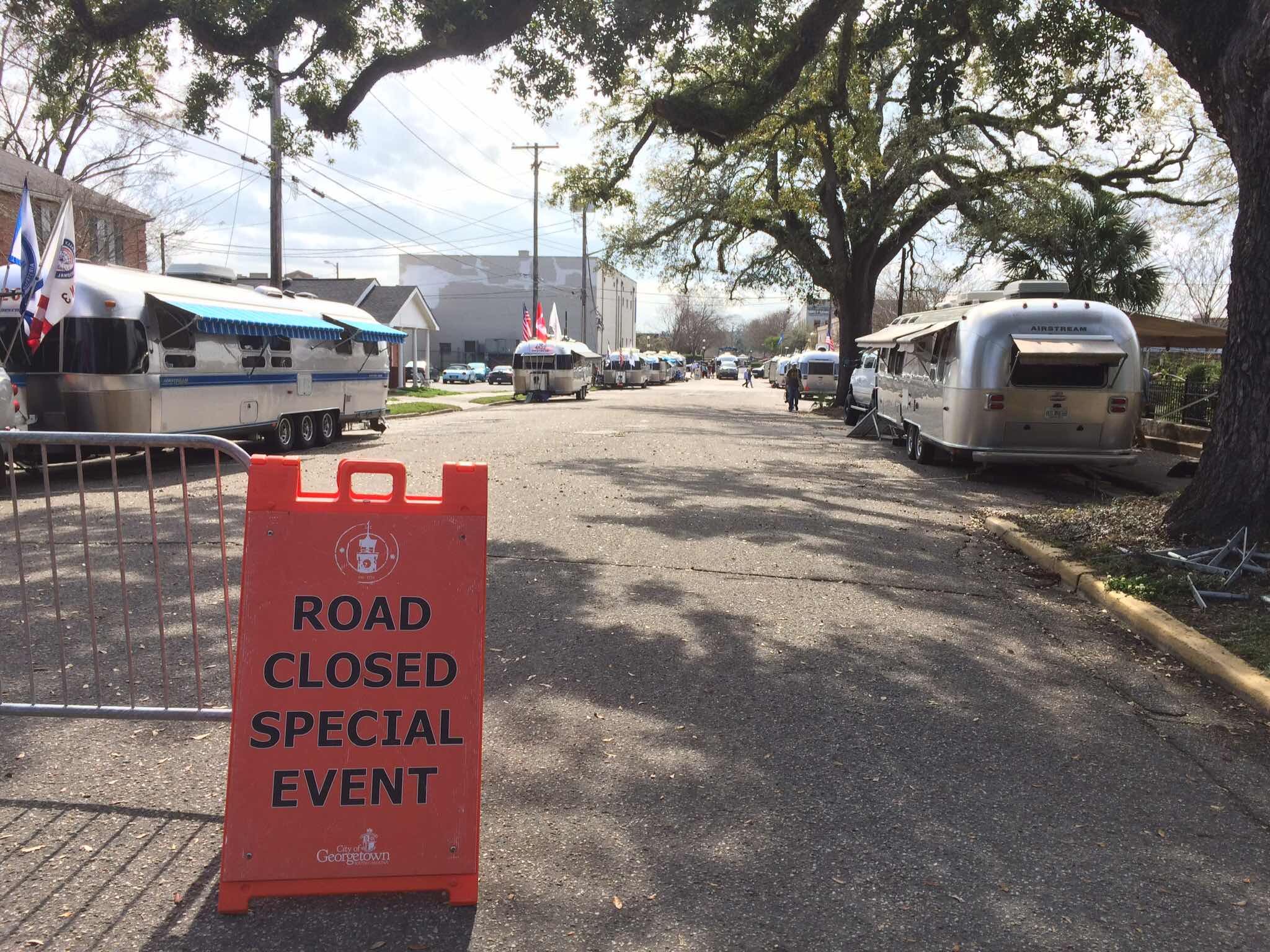 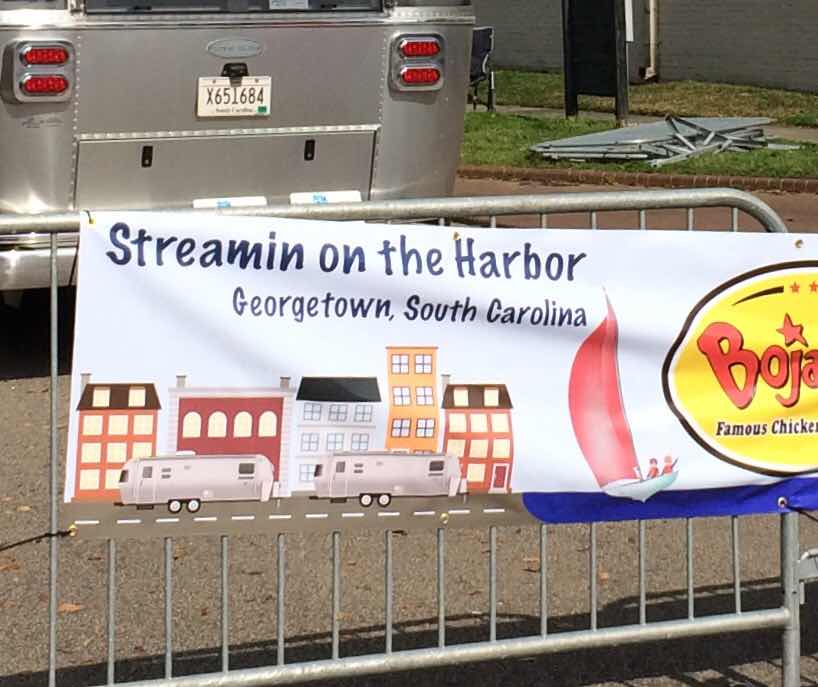 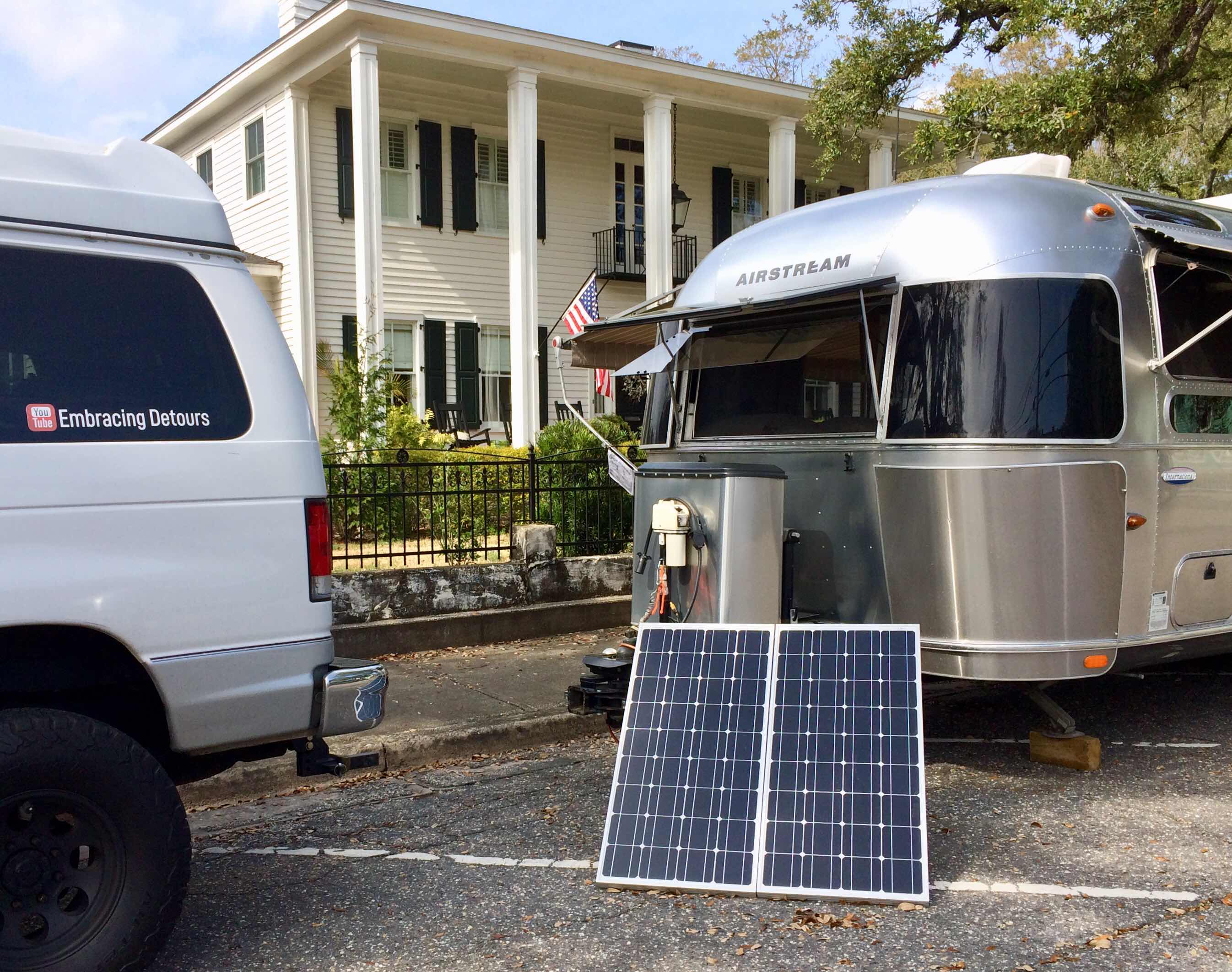 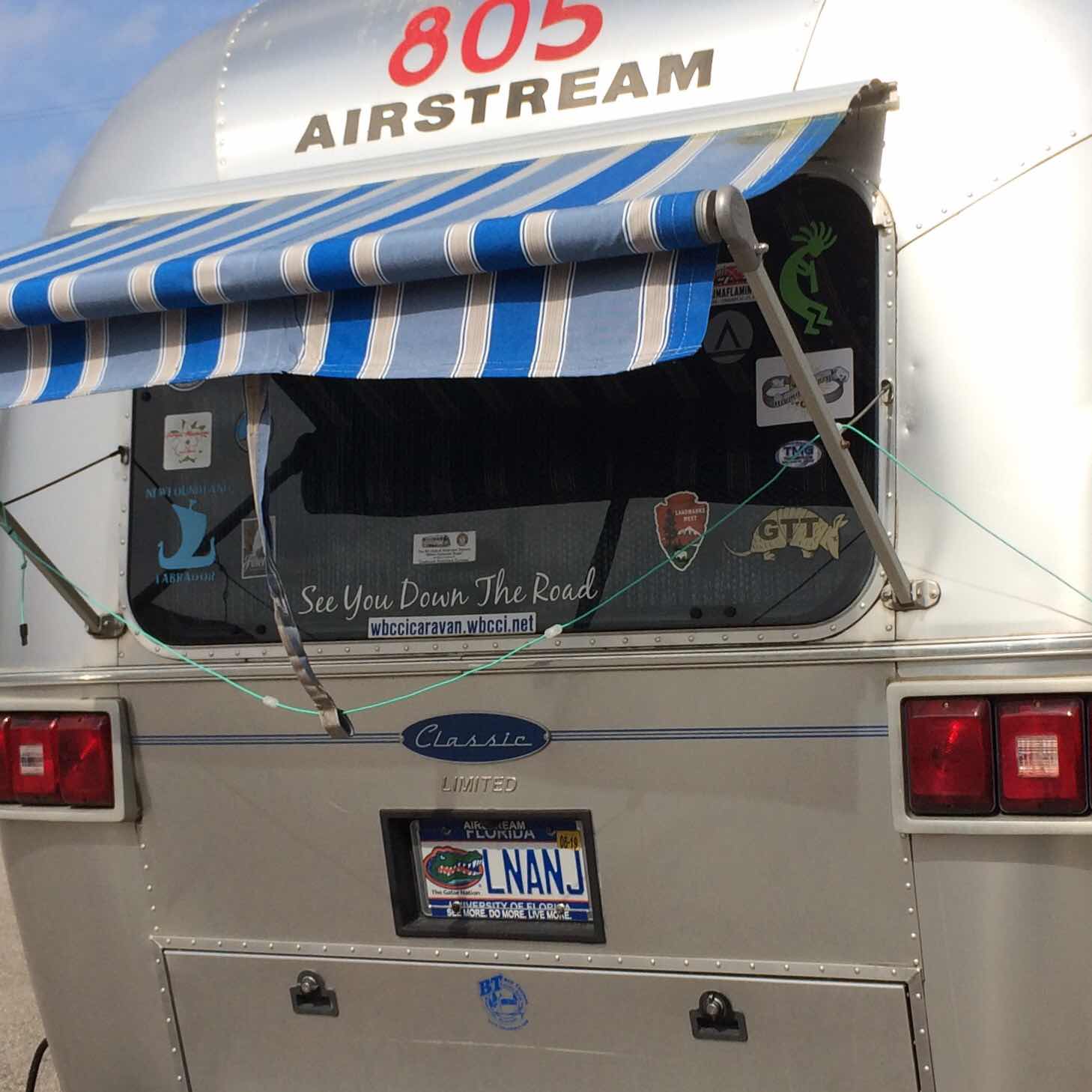 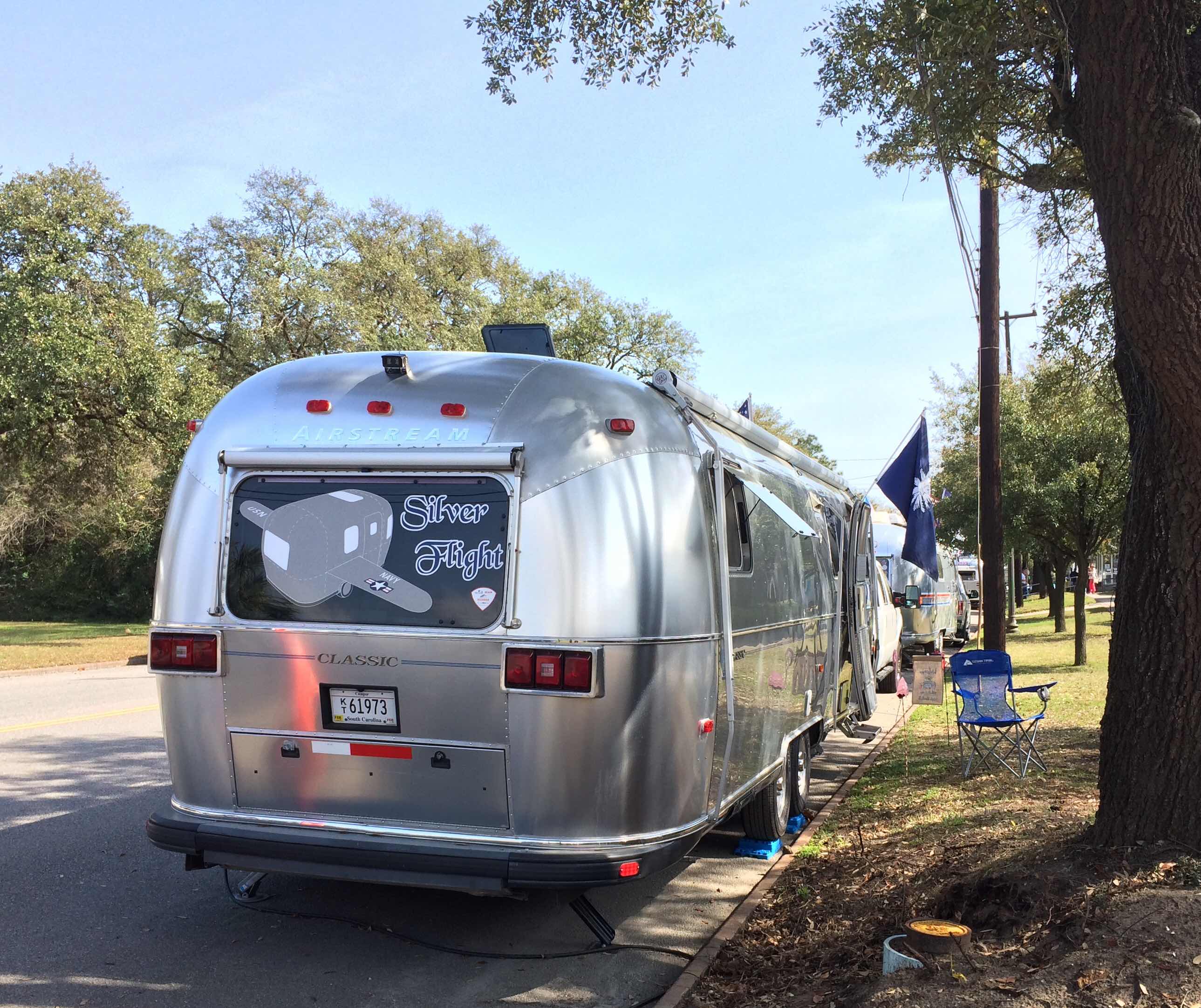 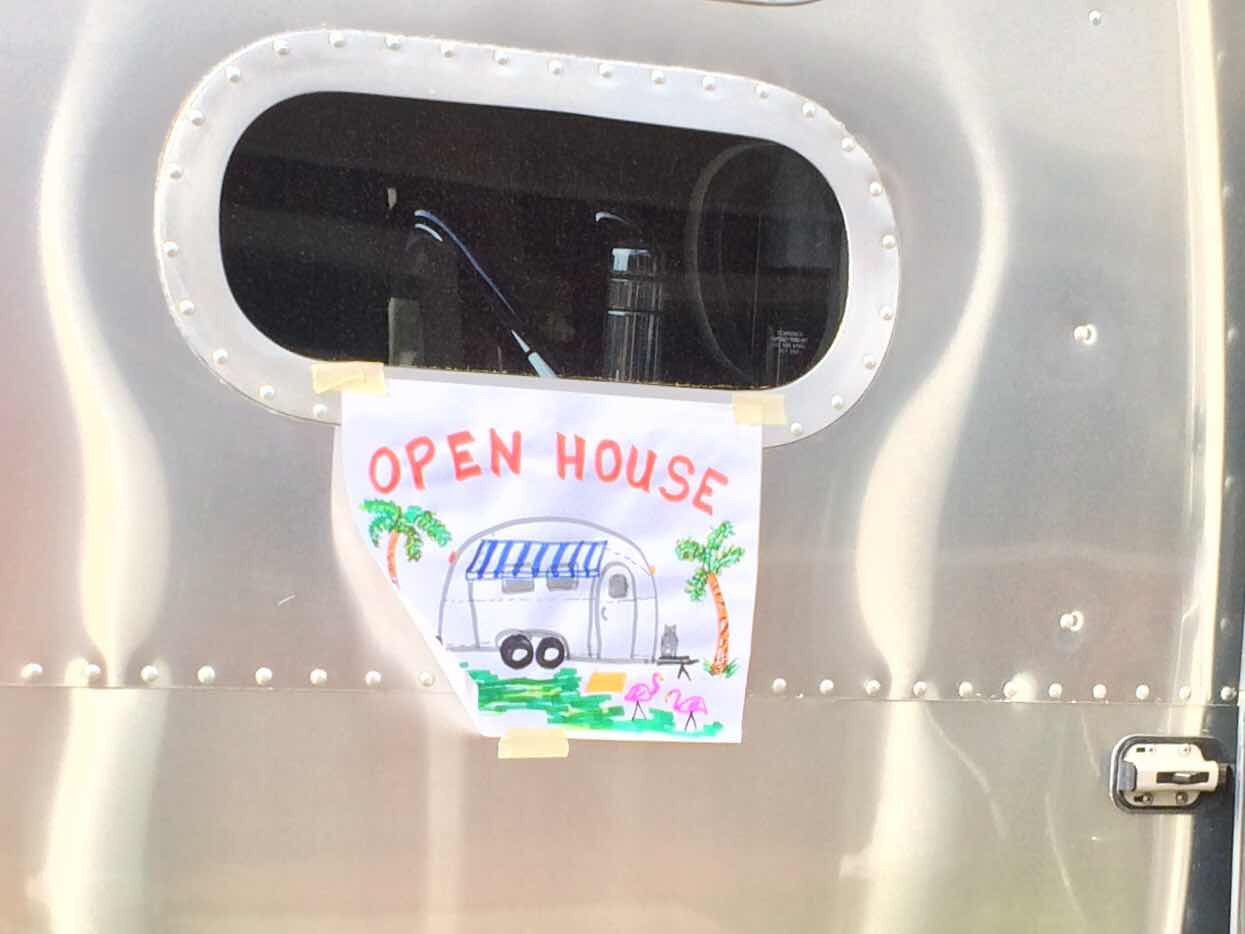 On Saturday afternoon most of the rigs were open for visitors to come in and see.  What a friendly bunch of people!  They opened their doors and invited everyone right in to show you every nook and cranny of their homes.  Some had candy and cookies to offer and all had great stories to tell.
All we visited were “full-timers” and one couple had been on the road continuously for 12 years!  They had a large map displayed, a maze of red lines — all their trips up, down, and around America in those 12 years. 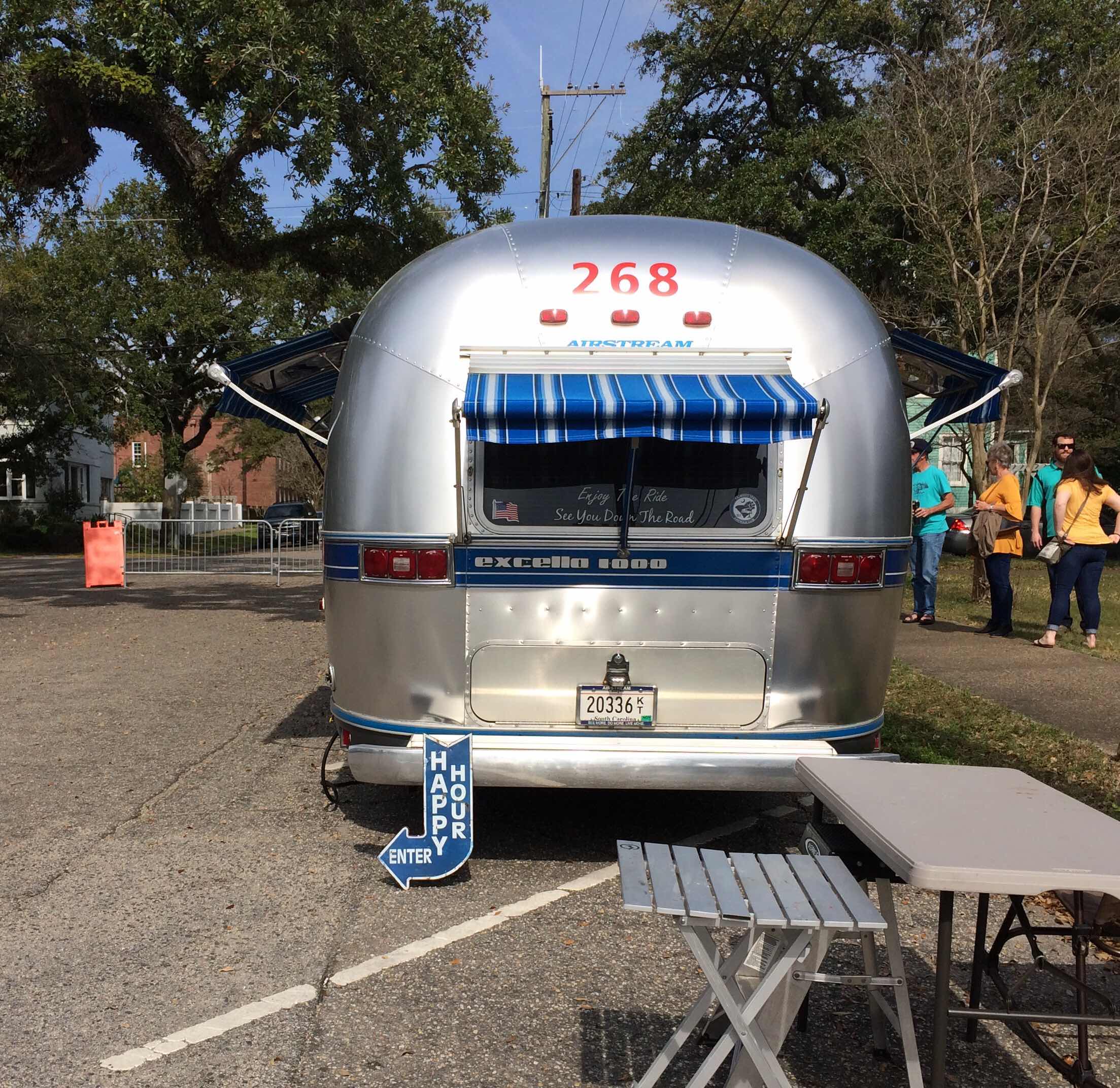 These Airstreams were mostly 30 footers, way out of the ballpark of the camper we are looking for, but we sure enjoyed seeing them and chatting with the owners about what it is like to sell everything and live in a home on wheels.
* 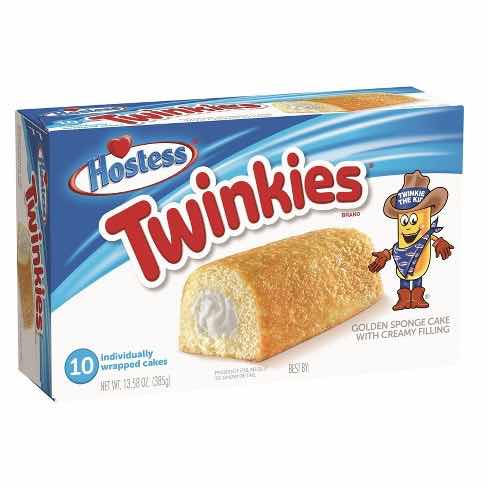