ArtFields Is Back and So Are We!

Last year we missed one of our favorite events of the year, cancelled because of Covid. This year, ArtFields returns, the first event of any kind we have attended since the pandemic began. It felt so wonderful to get away, see people, see some amazing art, and feel a little normal again.
Lake City made a huge effort to provide safety for all.  Masks (optional in our state now) were mandatory and social distancing enforced so we felt safe attending. 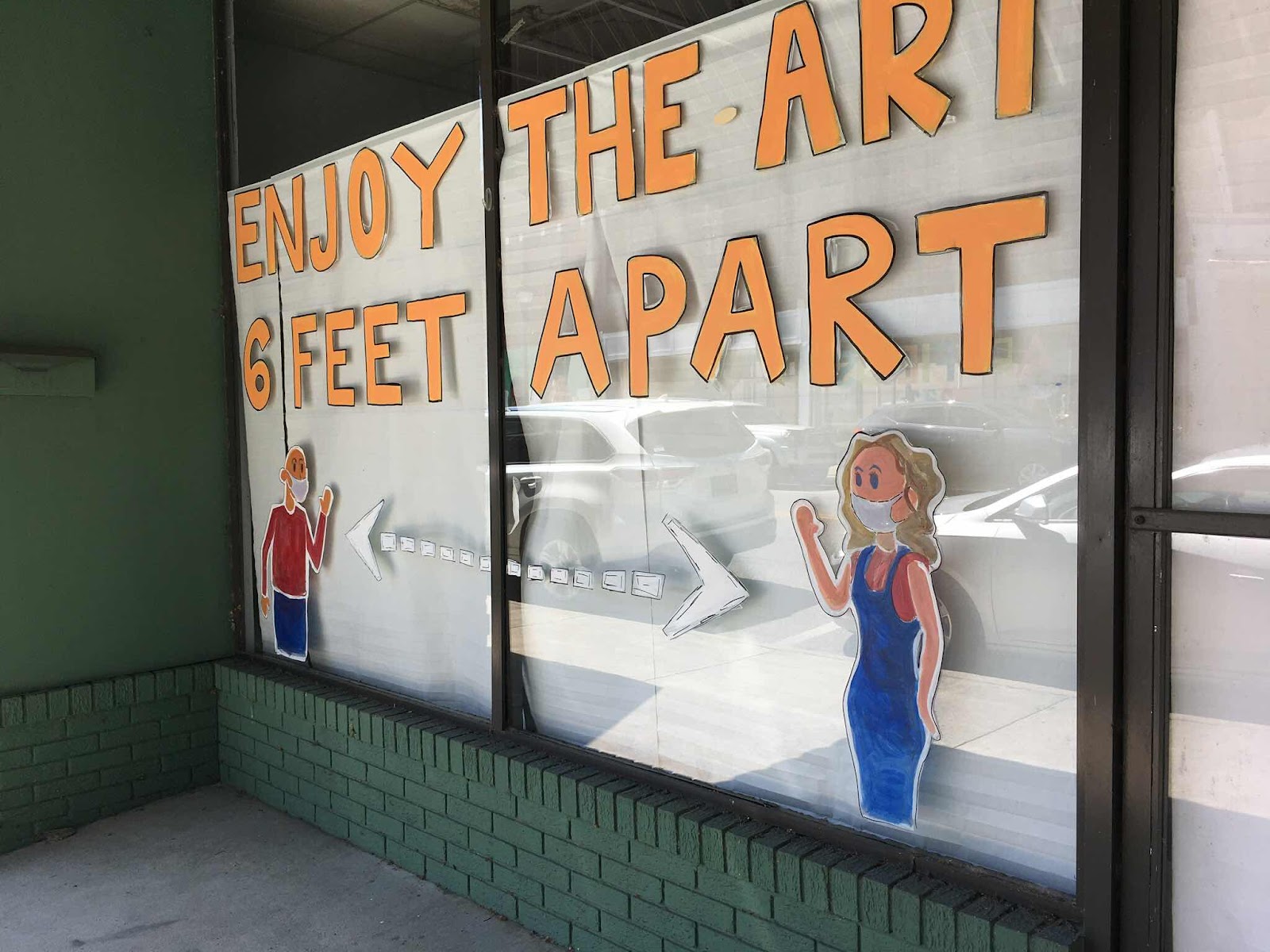 ArtFields was started in 2013 to exhibit artists of the Southeast, while bringing fine arts to rural South Carolinians and revitalizing a small Southern town.
The competition offers over $100,000 in cash prizes. Two People’s Choice Awards are determined by the votes of people visiting ArtFields. A panel of art professionals selects all the other awards, including the $50,000 Grand Prize and $25,000 Second Place award.
While there is never a stated theme, it does seem that most of the artists’ works that are selected by the jury are comments on timely social and political issues of the day. 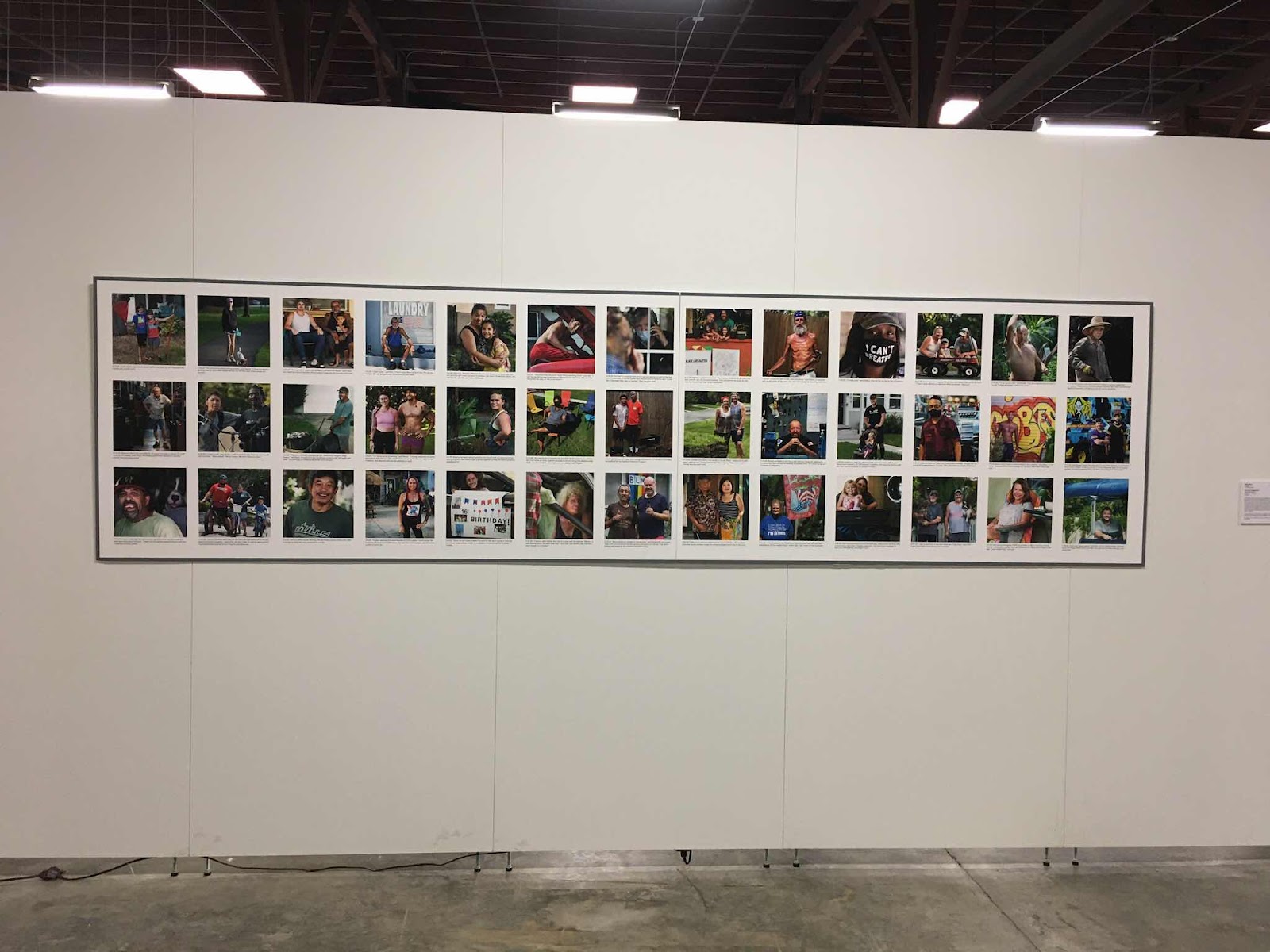 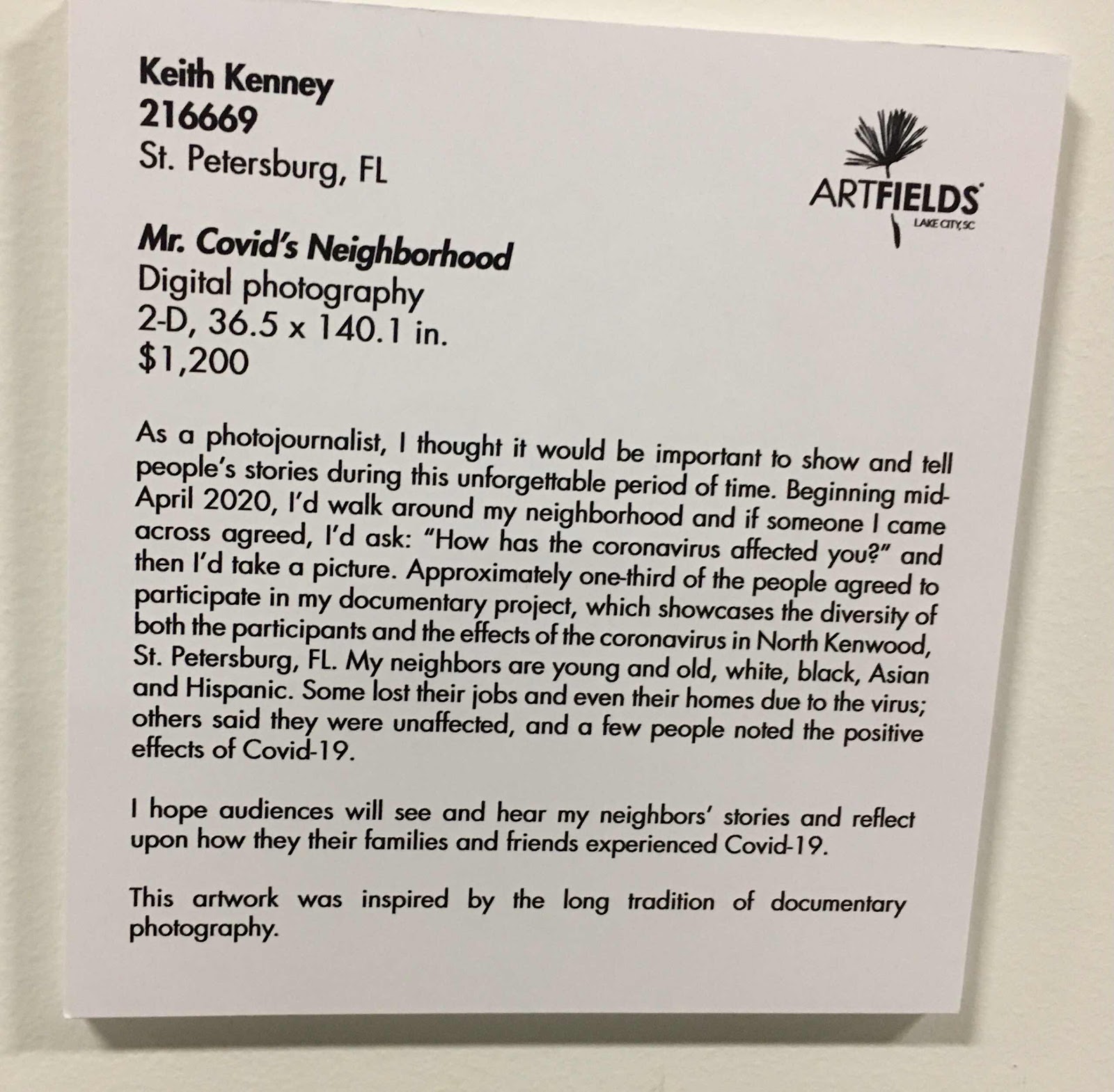 As one would expect, many and diverse works reflected on the pandemic that has snuffed out the lives of 575,000 Americans and turned the lives of the world upside down for over a year.
I liked this one a lot, telling the stories of some very average people in one neighborhood who answered the question, “How has the coronavirus affected you?” 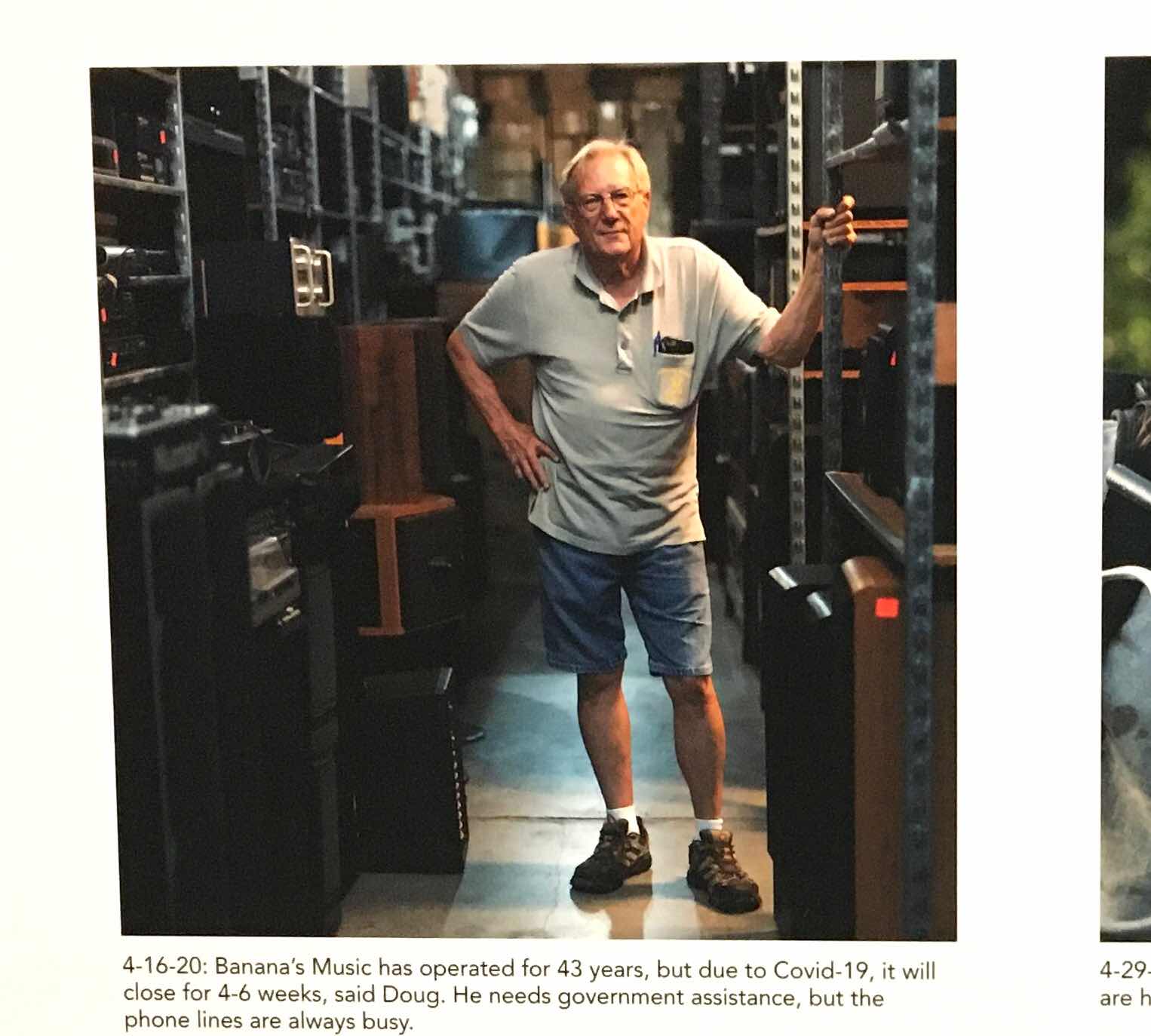 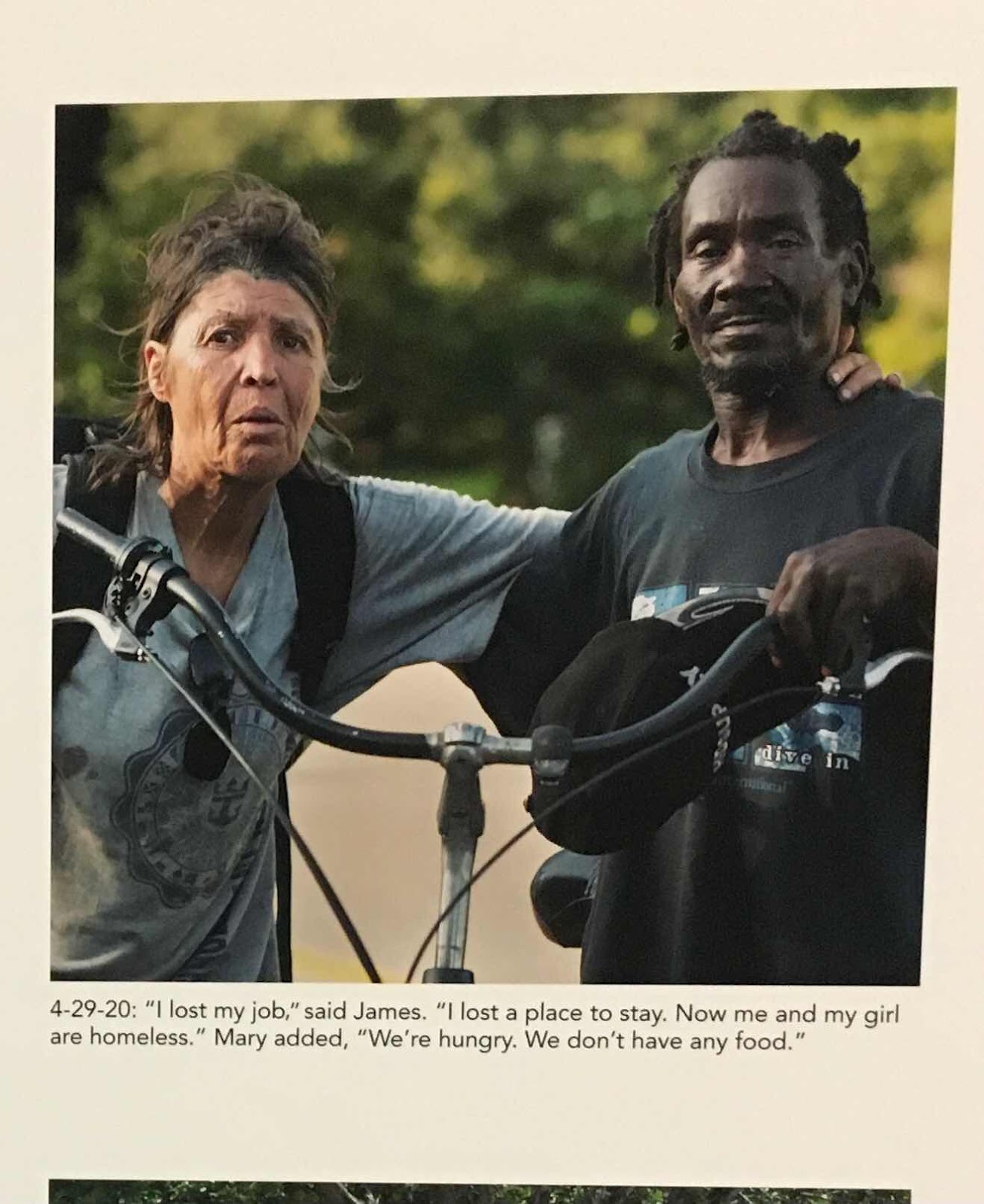 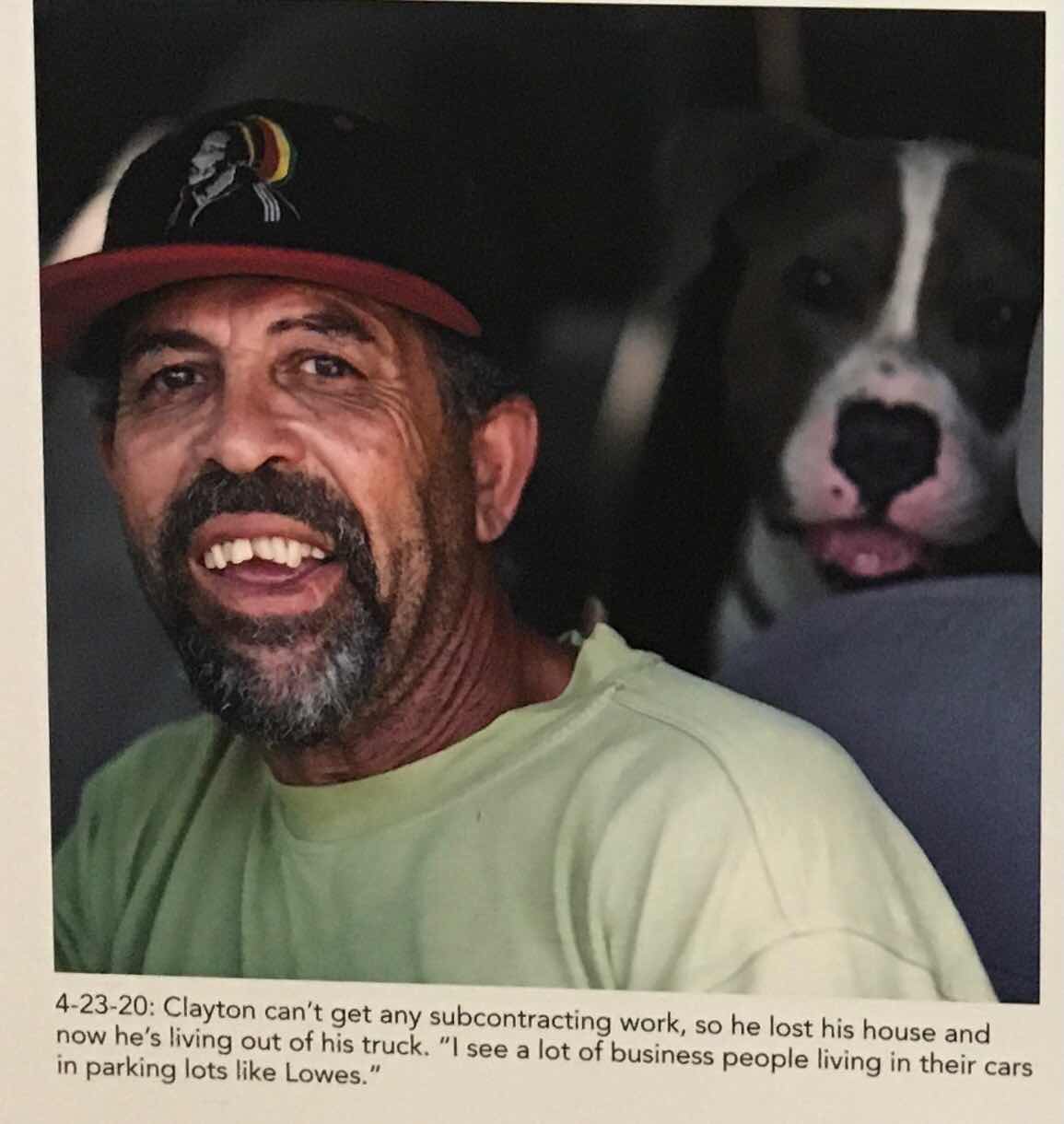 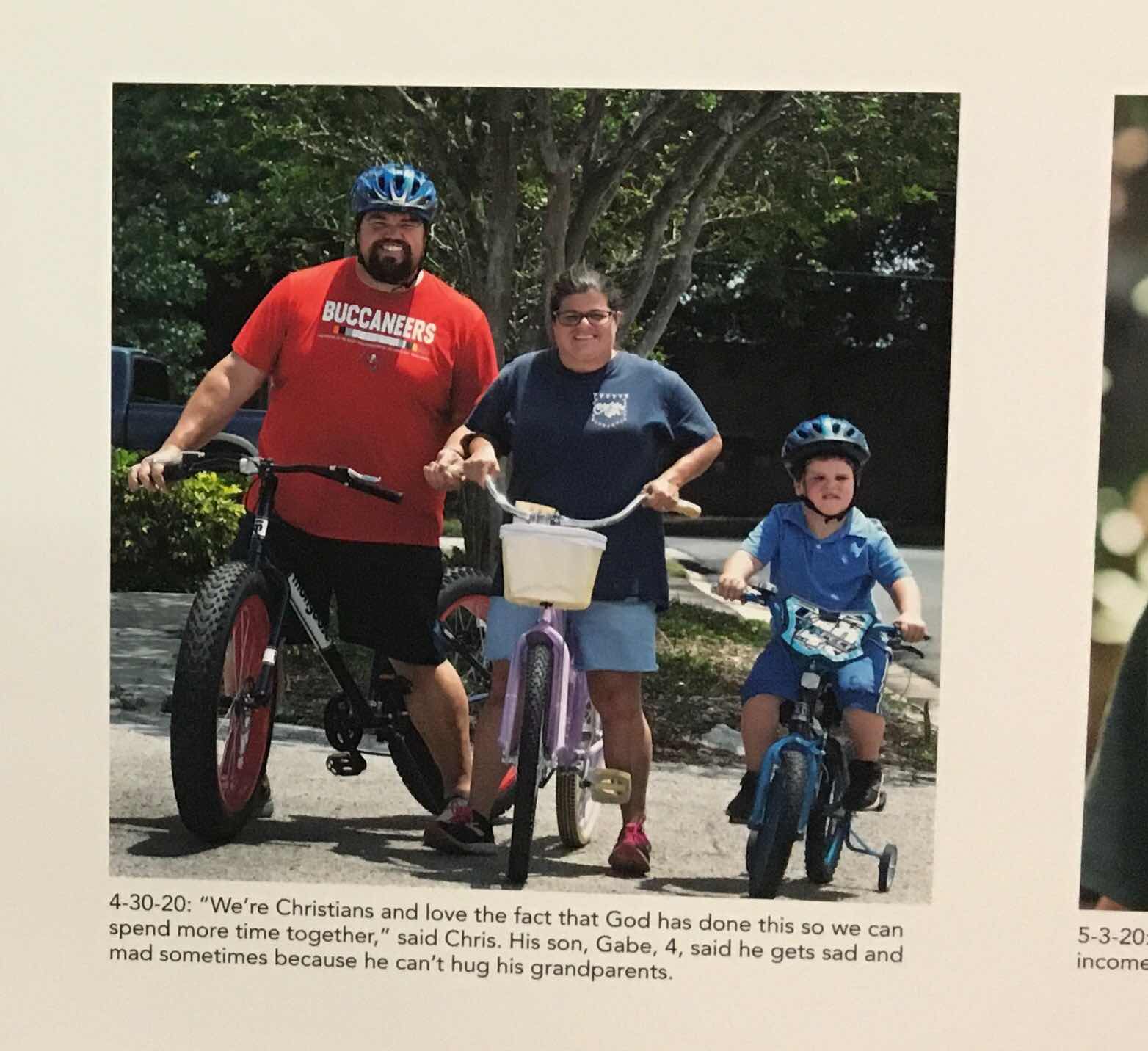 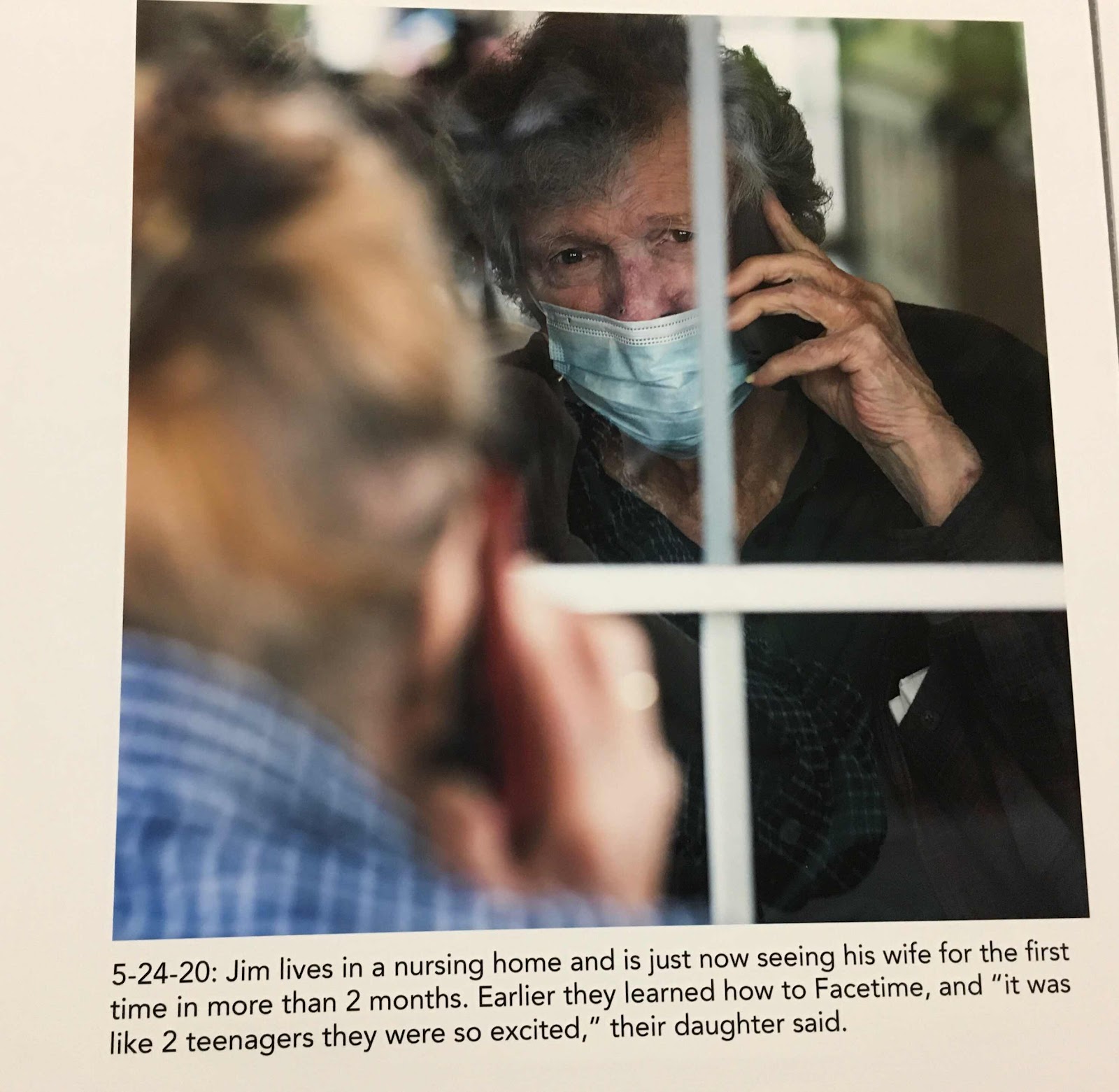 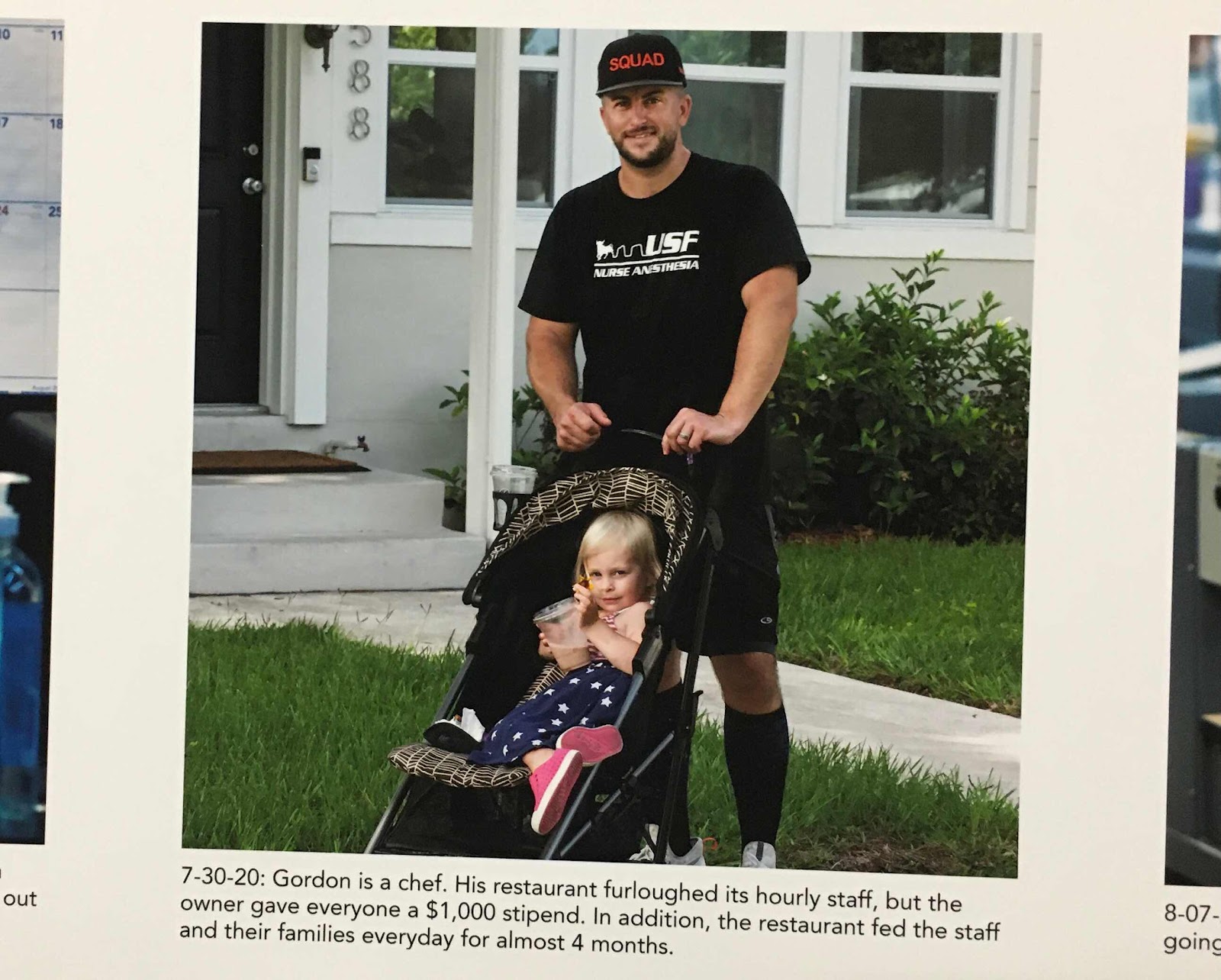 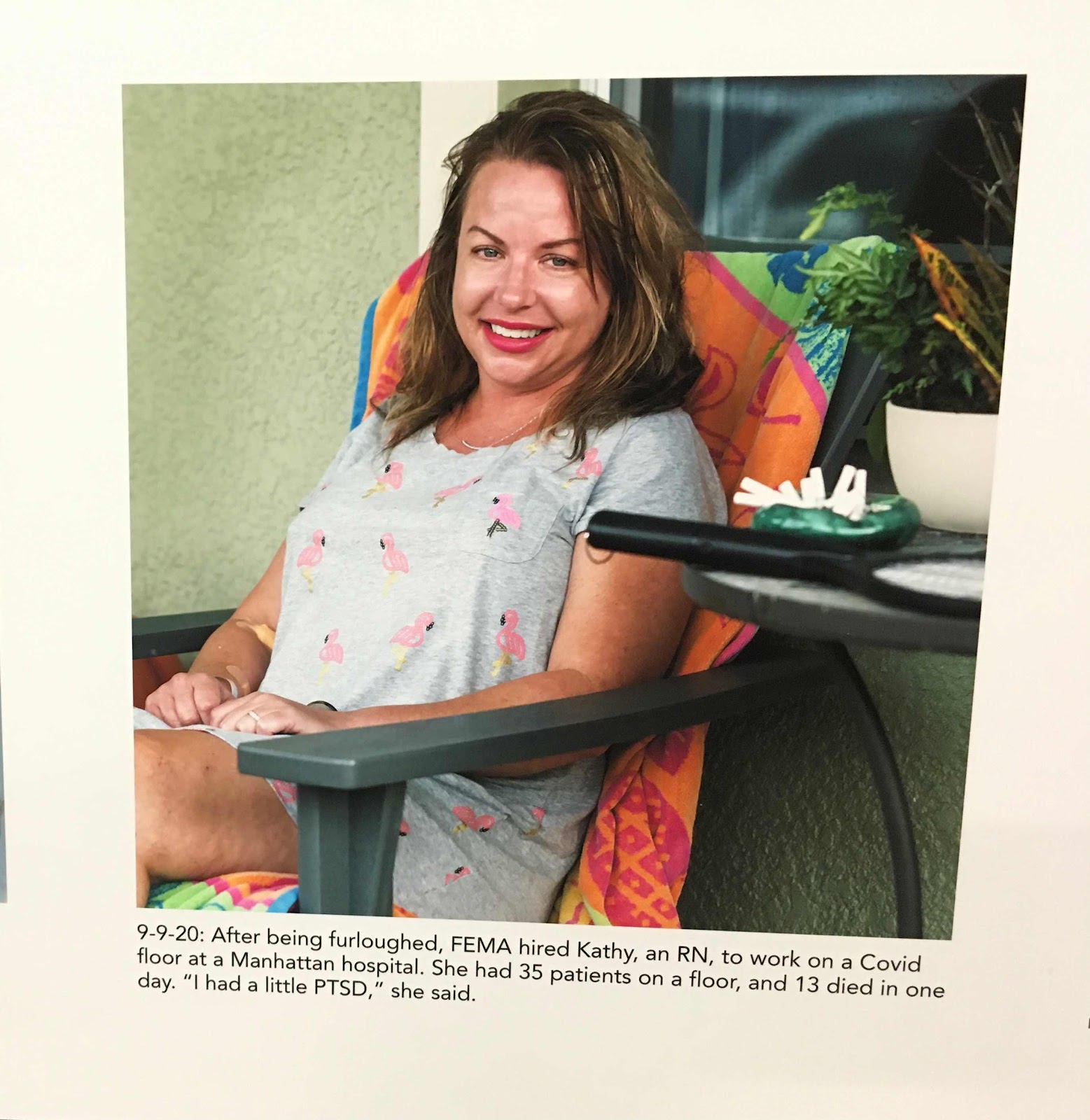 This photo essay made me think about how I might have answered.
I think I would have said something about missing all the important events and milestones of my family members for over a year, grandchildren growing up, all those sweet moments I can never get back again.
There were about 300 works in the show, spread all around the town, and we spent two full days taking it all in.
I have lots more interesting things to show you, including the pieces we voted for for the People’s Choice Award, and next week, the winners. I hope you will enjoy the wonderful imaginations and the talent of these artists as much as we did!
Posted by Cynthia at 11:08 AM 8 comments:

April is azalea month here in coastal South Carolina. In our yard we have five different colors, each vying for the title, Most Beautiful. 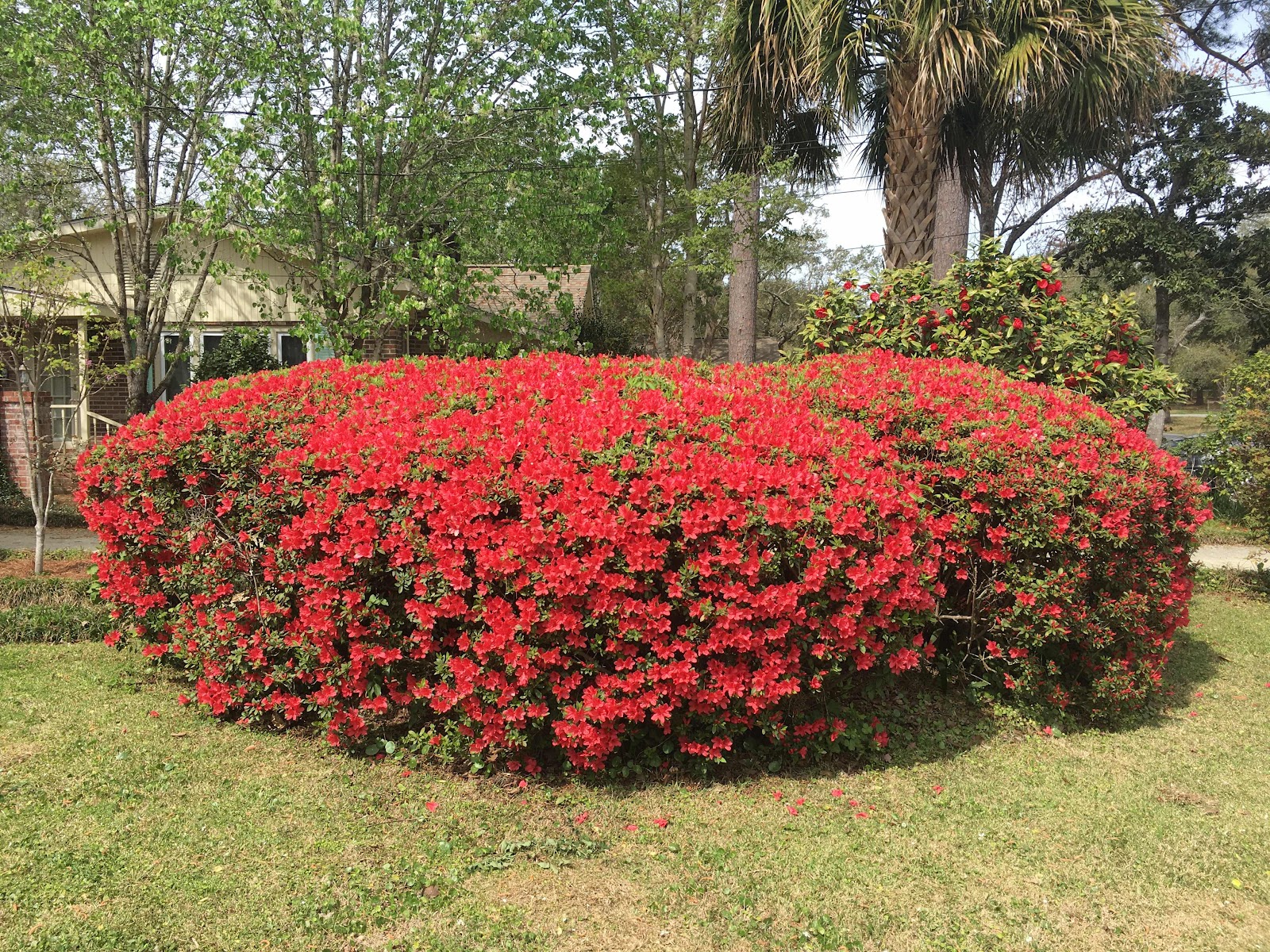 Azaleas are members of the Heath family, a group of plants dating from 70 million years ago. They grew first in Asia, cultivated at monasteries by Buddhist monks, and according to some sources, first imported and grown outdoors in the United States at Magnolia Plantation in Charleston just after the Civil War.

We have five varieties on plants that are 60 years old. The one above blooms first and is the size of a large car. Behind it you can see a red camellia still in bloom which has been blooming since right around Christmas! 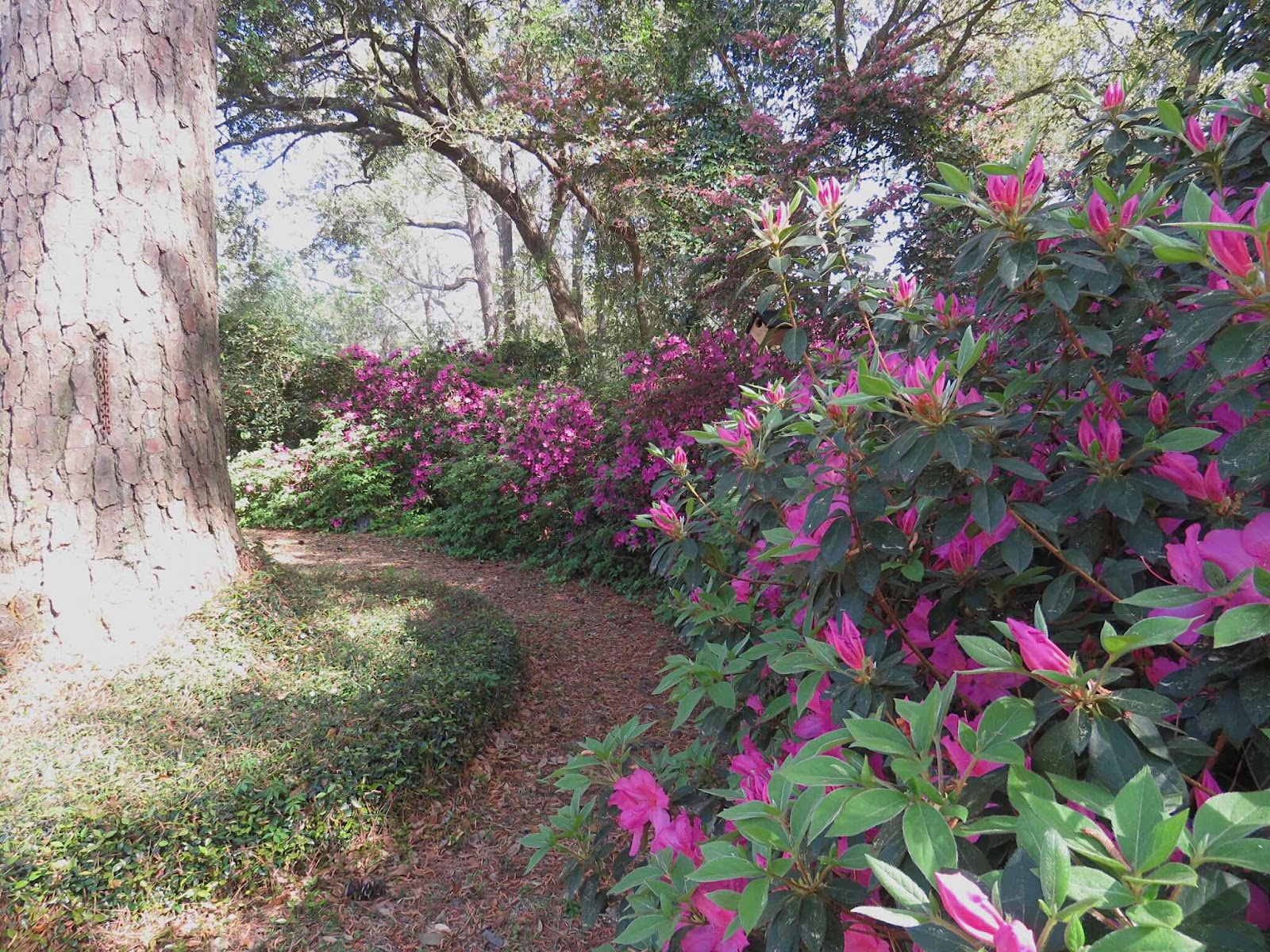 Our shady backyard is deeply lined with magenta azaleas, the last to bloom. The wonderful tree that shades them is a giant Loblolly pine, 90 feet tall with an 11 foot circumference! 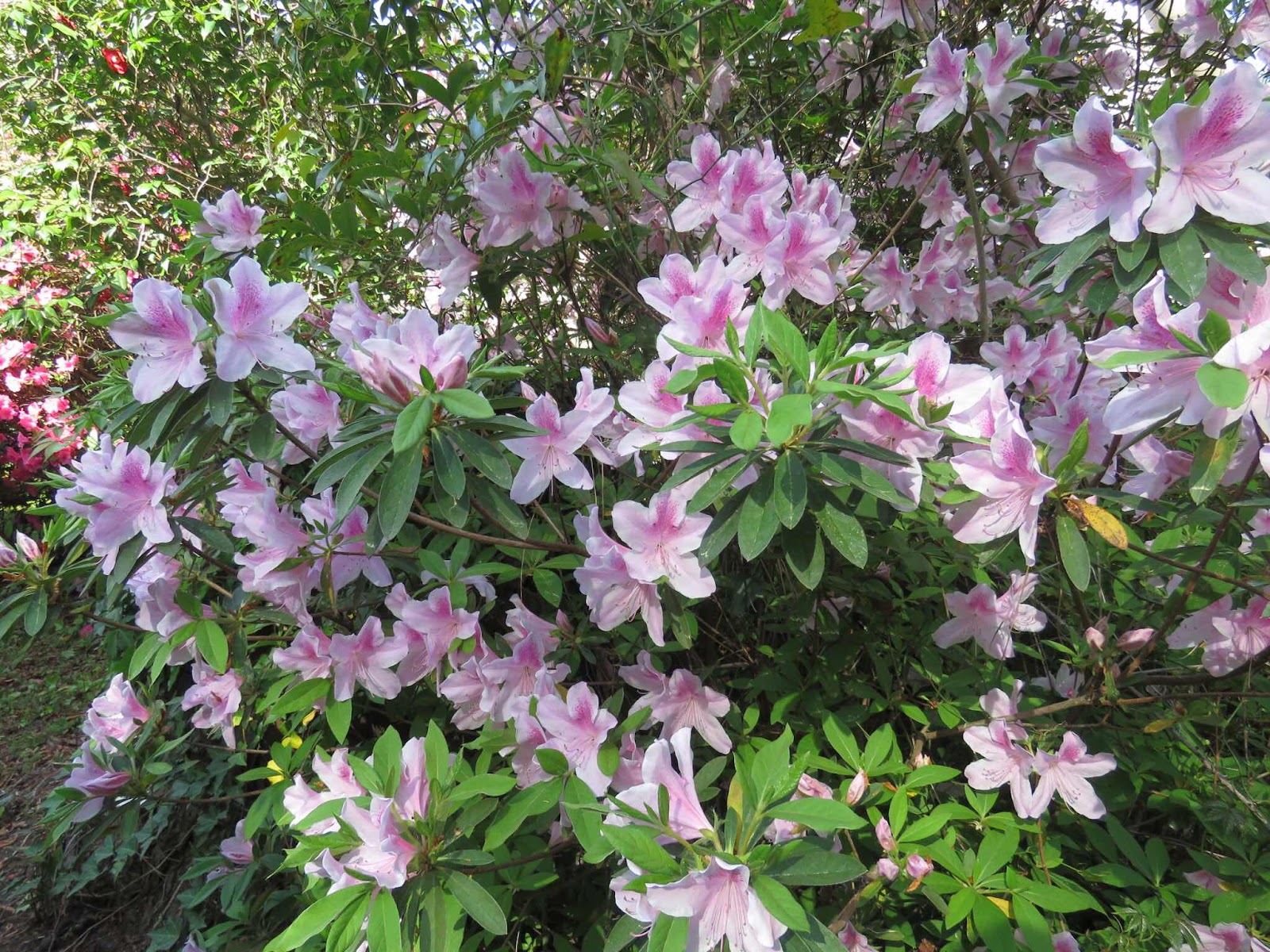 Our 154-foot long side yard has three colors interspersed: light pink, bright pink, and white. These light pink ones are huge and they are my favorites.

And as long as they are blooming, I can’t resist bringing big bunches of azaleas into the house and tucking them in every corner! 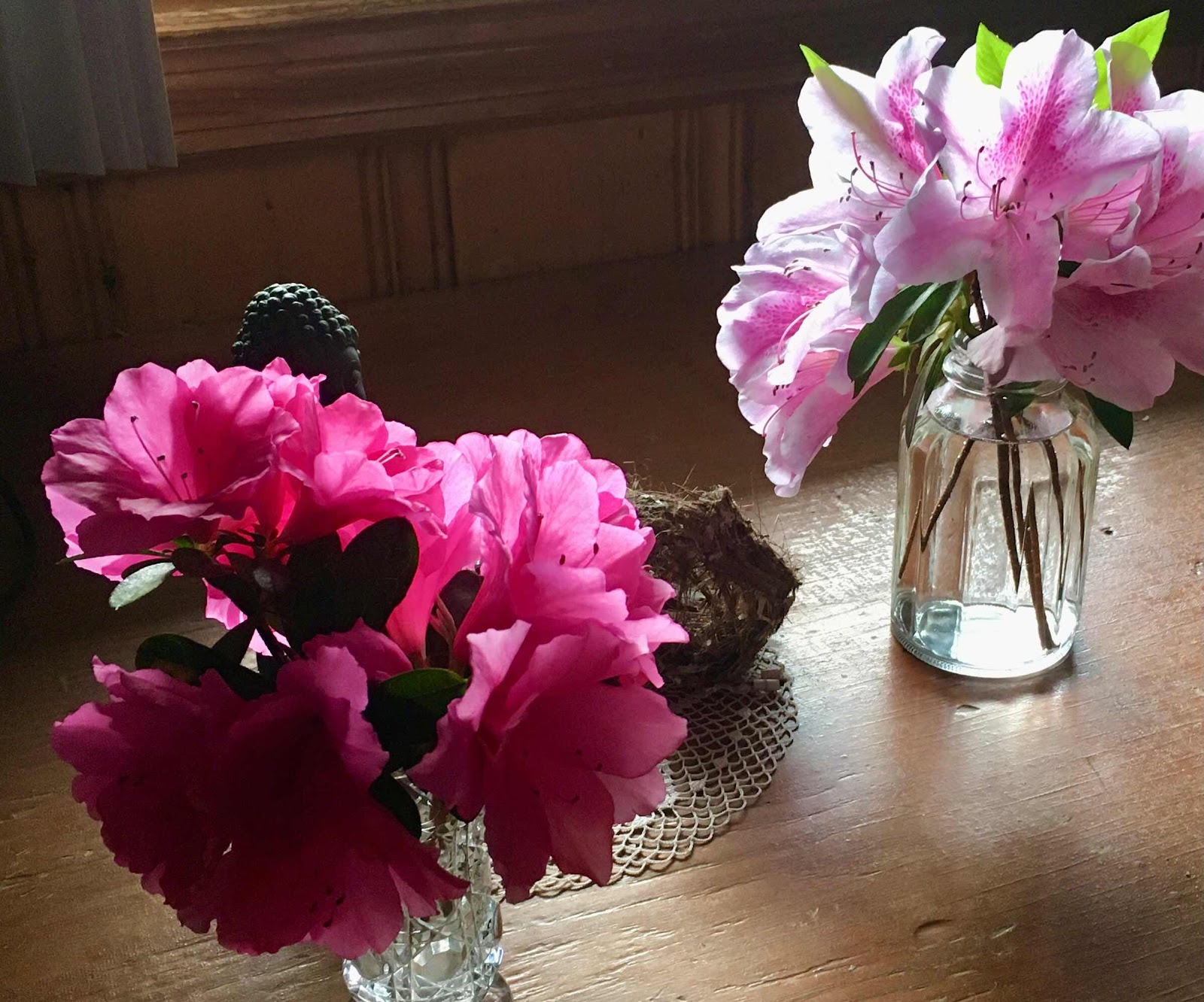 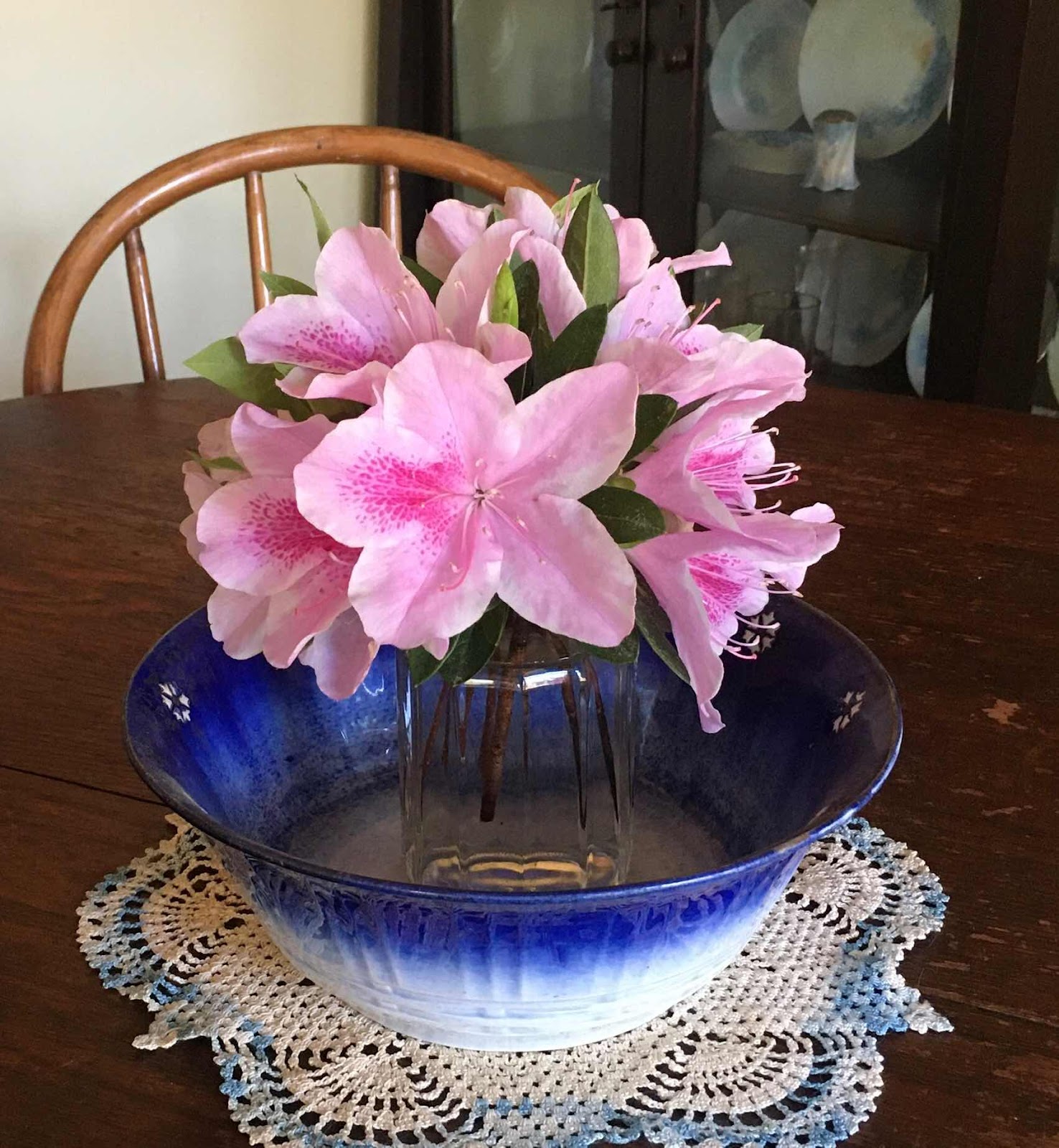 There is one other thing you should know about the beautiful azalea: it has a dark side. The plant, blossoms, and even the nectar are deadly poisonous! In spite of that, honey made from azaleas, called Mad Honey, was added to drinks in the 1700s to give a more potent high than alcohol. It was described as giving the drinker “the spins”. Of course, one had to keep his or her wits about them and be very careful to drink only a small amount.

Sources say it is still available in Turkey. I don’t think I’ll be trying it!