It's a Zoo Out There! - My World Tuesday

Robert "Fish" Jones must have been quite a character.  The "Fish" nickname comes from his business in downtown Minneapolis, a fish shop.  To draw customers, Mr. Jones chained a bear to the front of his shop.  Not content with just a bear, he went on to collect tigers, jaguar, camel, birds, and a herd of sacred cattle and housed them on the third floor of his fish market.  He also had a pair of Russian wolfhounds which he would walk on the busy city streets.

Soon "hideous noises" and "an unpleasant aura" eminating from his beasts began to draw unfavorable notice.  Obviously, this could not go on and in 1906 he was forced to move his menagerie well outside of town, where he built a home for himself, a replica of Henry Wadsworth Longfellow's home, and a home for his animals, Longfellow Zoological Gardens. 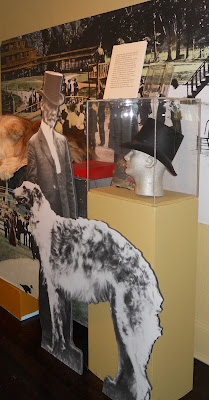 Mr. Jones was a short man and always wore the tallest top hat available to add to his stature.  That is his hat in a case at the Hennepin County Museum.

In keeping with the Longfellow theme, Mr. Jones named the mascot of the zoo, his pet male lion, Hiawatha. When Hiawatha died, Mr. Jones had him made into a rug. 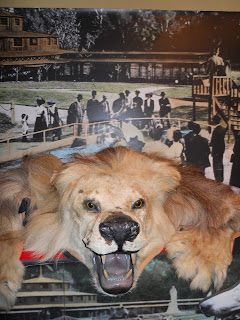 When Mr. Jones died in 1930, some of his animals went to another zoo.  His son, apparently a chip off the old block, loaded up the rest on a barge and took his floating zoo down the Mississippi to continue his father's tradition.

http://ourworldtuesdaymeme.blogspot.com/
Thanks for reading my blog.  I enjoy reading your comments!