My Valentine and I celebrated the day with a drive up the coast to
Wilmington, North Carolina. 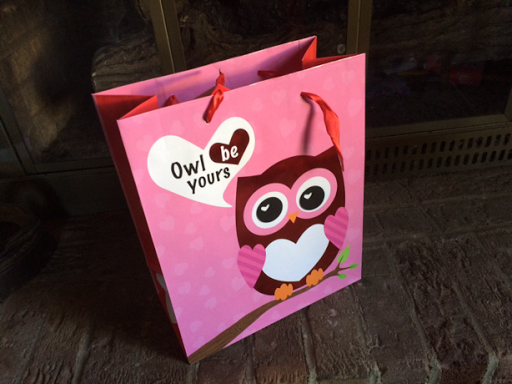 We were in no hurry and got a late start, drove around the lovely old city and read historical markers on the buildings,
admired the mansions built with cotton money,
and looked around for a place to eat a late lunch.
We settled on this block, the old Cotton Exchange, a renovated area on the river that also used to be a Red Light District in what was quite a rowdy port town. 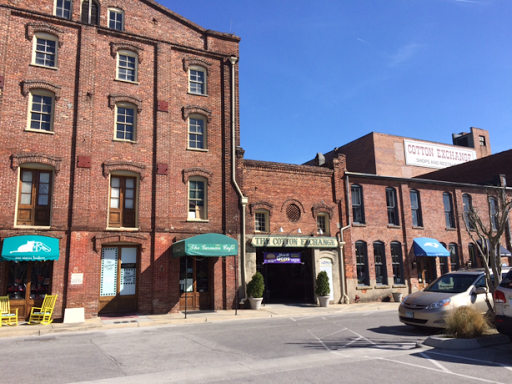 Cotton really was "king" in this area and almost all cotton that was grown in the Carolinas passed through the Port of Wilmington on the Cape Fear River.
Alexander Sprunt & Sons was the largest cotton exporter in the U.S. in the late 1800s and he built the Cotton Exchange, the low building at the center of the photo.  During the cotton season he had 800 employees working in the exchange and on the docks. 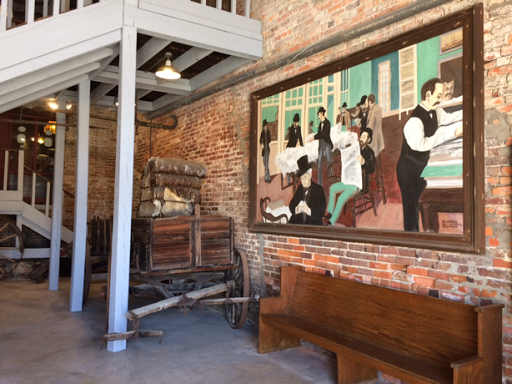 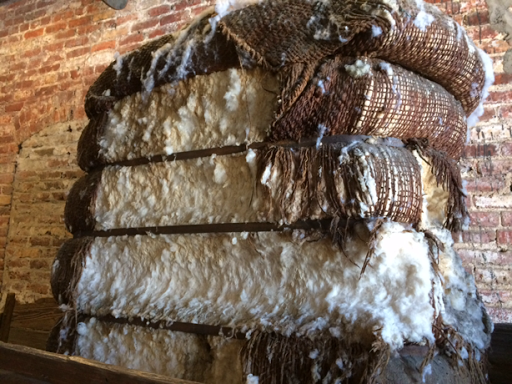 I was surprised at the size of a cotton bale and awed at the apparent strength it must have taken to move them about.  This bound bale was nearly five feet tall and equivalent to more than three hay bales stacked on top of one another.
It has to weigh at least 250-300 lbs.
The Cotton Exchange is a labyrinth of stairways, alleyways, and odd levels of shops and restaurants. We chose Paddy's Hollow, a pub in The Cotton Exchange, for lunch.  The food was nothing out of the ordinary but we enjoyed the atmosphere of dark, low ceilings and old wooden decor. 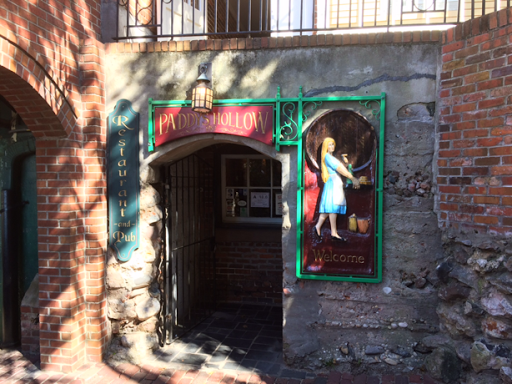 In 1861 Confederate soldiers began to join the sailors in port, bringing gamblers, prostitutes, swindlers, fighting, and alcohol to Wilmington, nearly destroying a previously quiet Southern town.  During its heyday, this small area along the river known as Paddy's Hollow had 39 saloons as well as numerous dance halls and brothels.  The town commissioners and local police force were overwhelmed with the soldiers pouring in and had no way of keeping up with the chaos they caused.  There is even a story of drunken Confederate soldiers seeing the blue uniforms of the local police, mistaking them for Union officers, and commencing to fire at them.
When Wilmington was captured by the North in 1865, Union soldiers took over the town and for awhile continued to enjoy all Paddy's Hollow had to offer.
It was a fun Valentine's Day adventure and we are looking forward to going back as there is lots to see and lots of history there.
Oh, you were wondering what was in the Valentine owl bag in the first photo?
Dark chocolate truffles and A&W root beer twizzlers.
Yes, my Valentine does know the way to my heart!
😍😍😍
Posted by Cynthia at 4:42 AM