Sunday we took in an exhibit at the Gibbes Museum in Charleston.  The museum itself  is an old Charleston mansion and is across the street from the historic Circular Church pictured below. 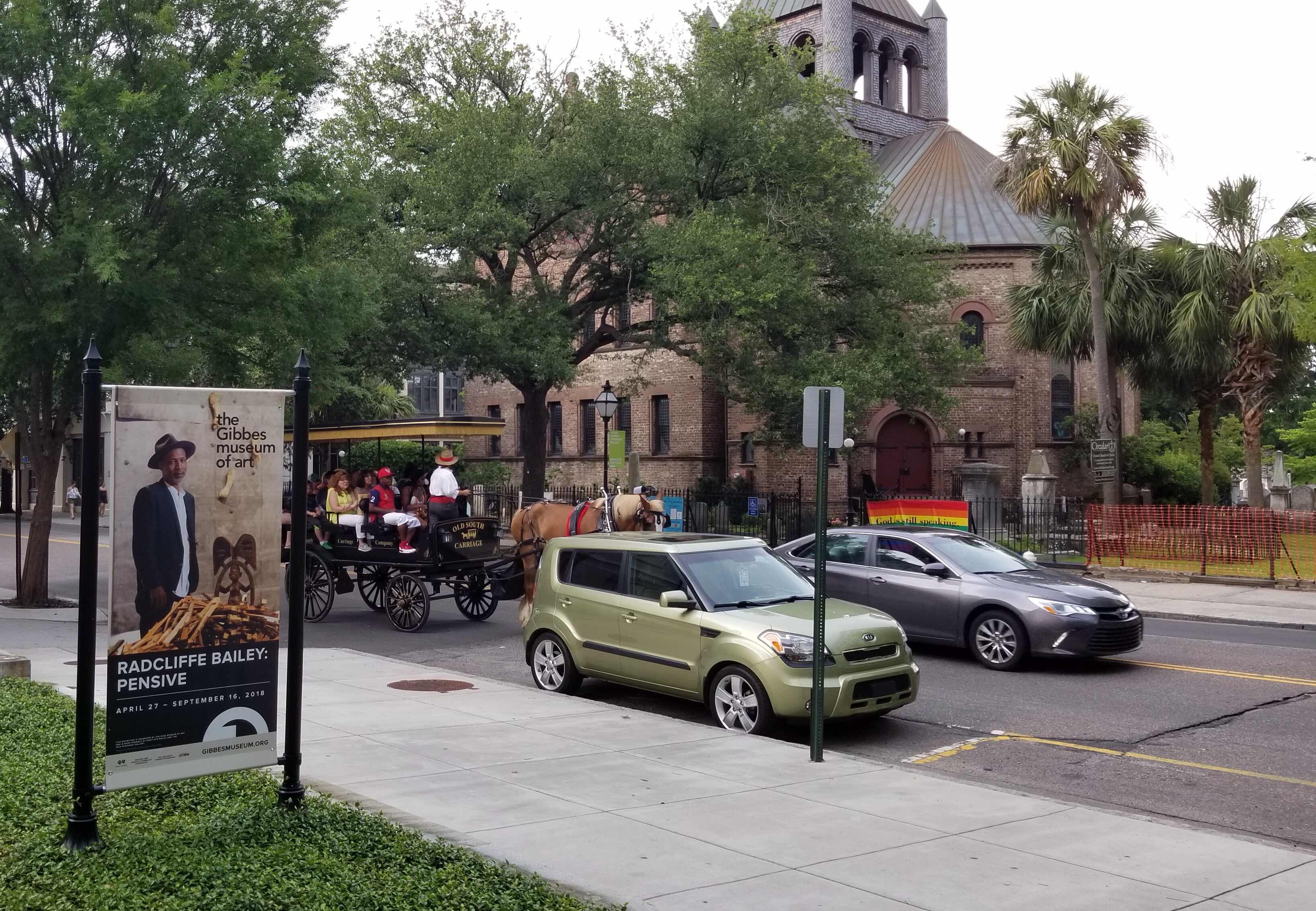 The artist, Radcliffe Bailey, is from Atlanta with deep family roots in the South. The title of the exhibit is "Pensive".  I think it's a very good title because I am still feeling pensive and contemplating the meaning of the pieces.  He describes the exhibit as, "exploring the themes of race, ancestors, and memory," in hopes of "inspiring understanding and healing of history."
The signature piece of the exhibit is called "Storm at Sea. " 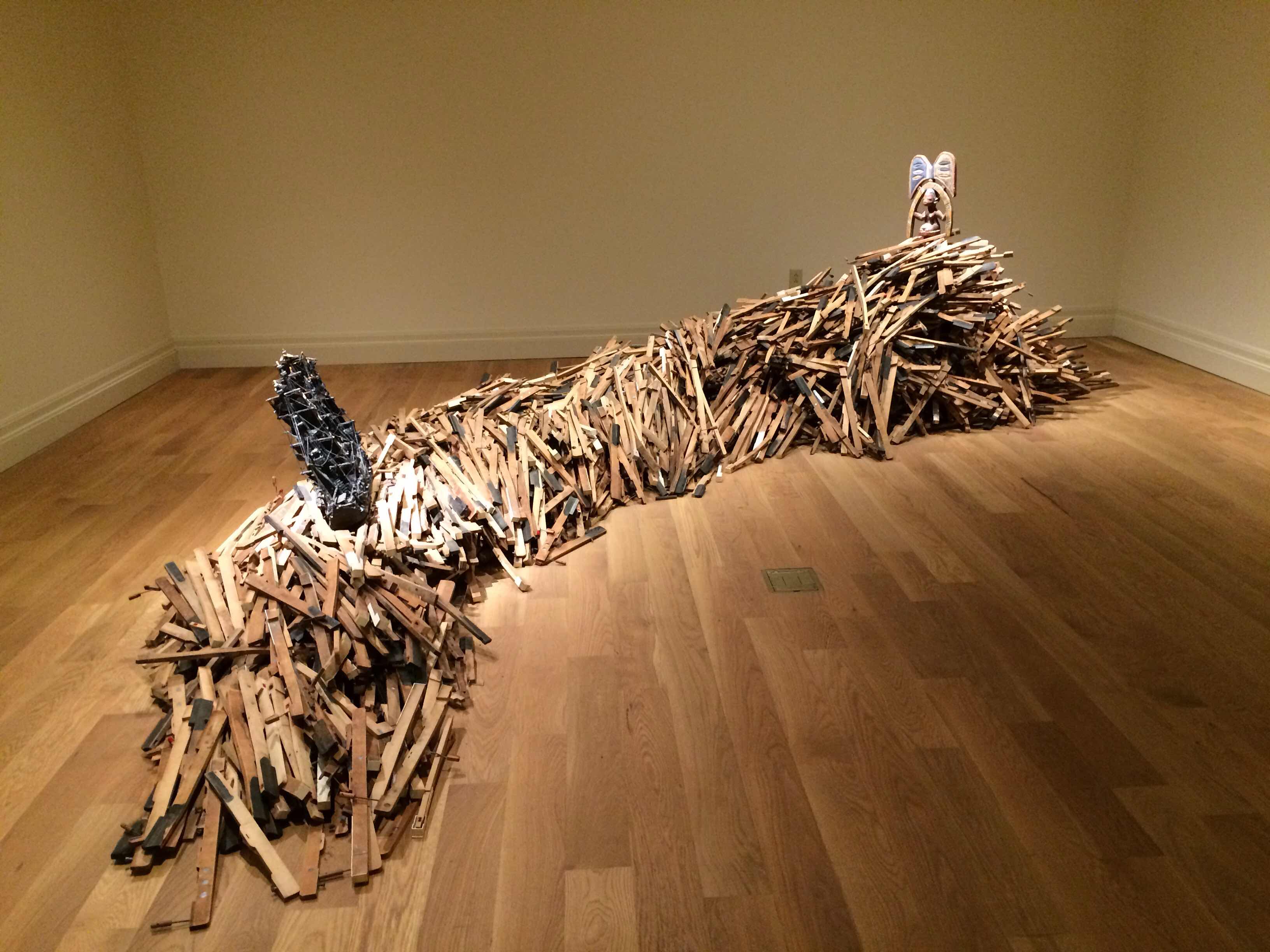 Splintered  piano keys holding an African sculpture and charred-looking ship represent the turbulent waves that tossed a slave ship crossing from Africa to America, and the loss of lives of slaves before setting foot in America. 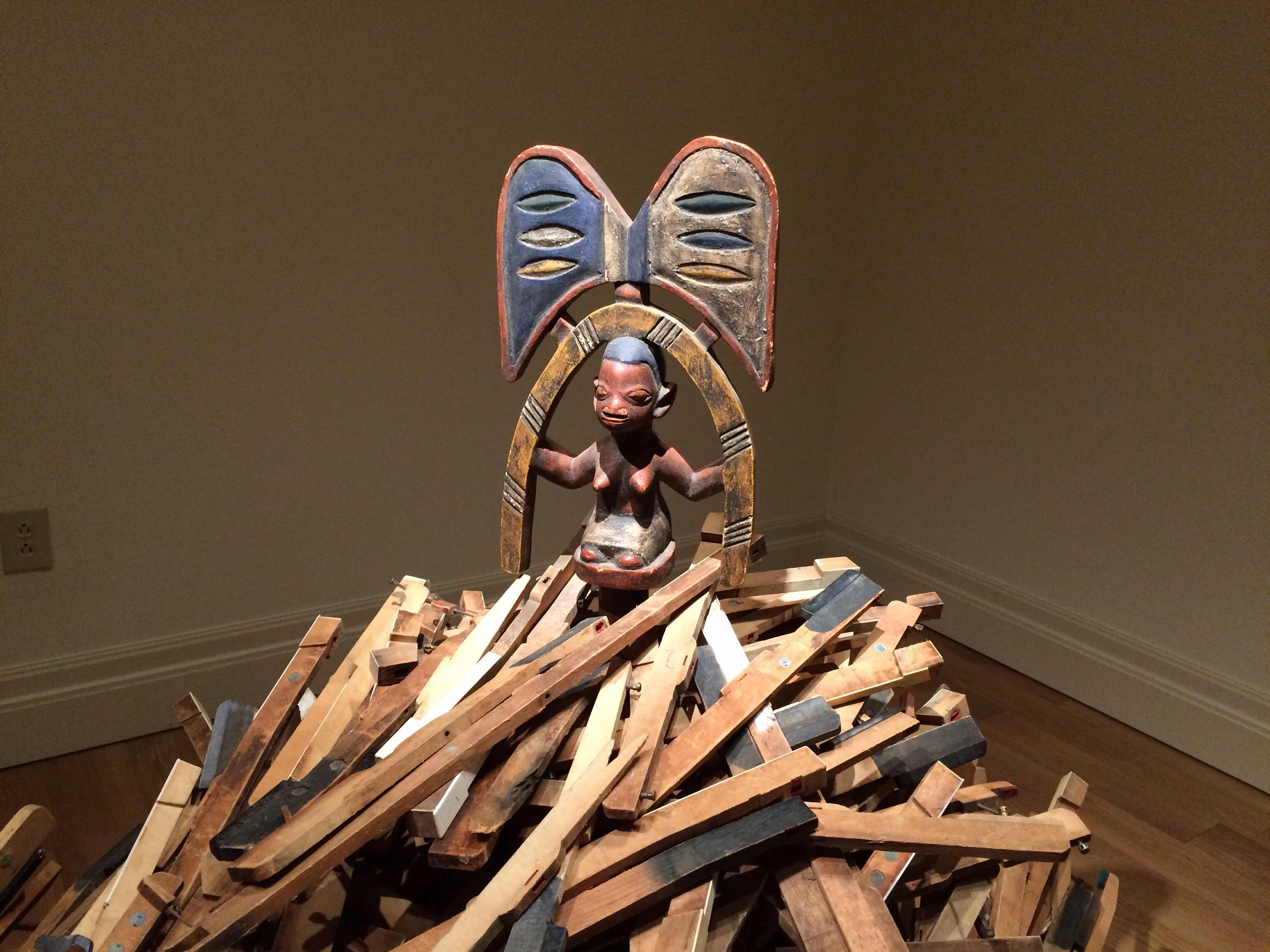 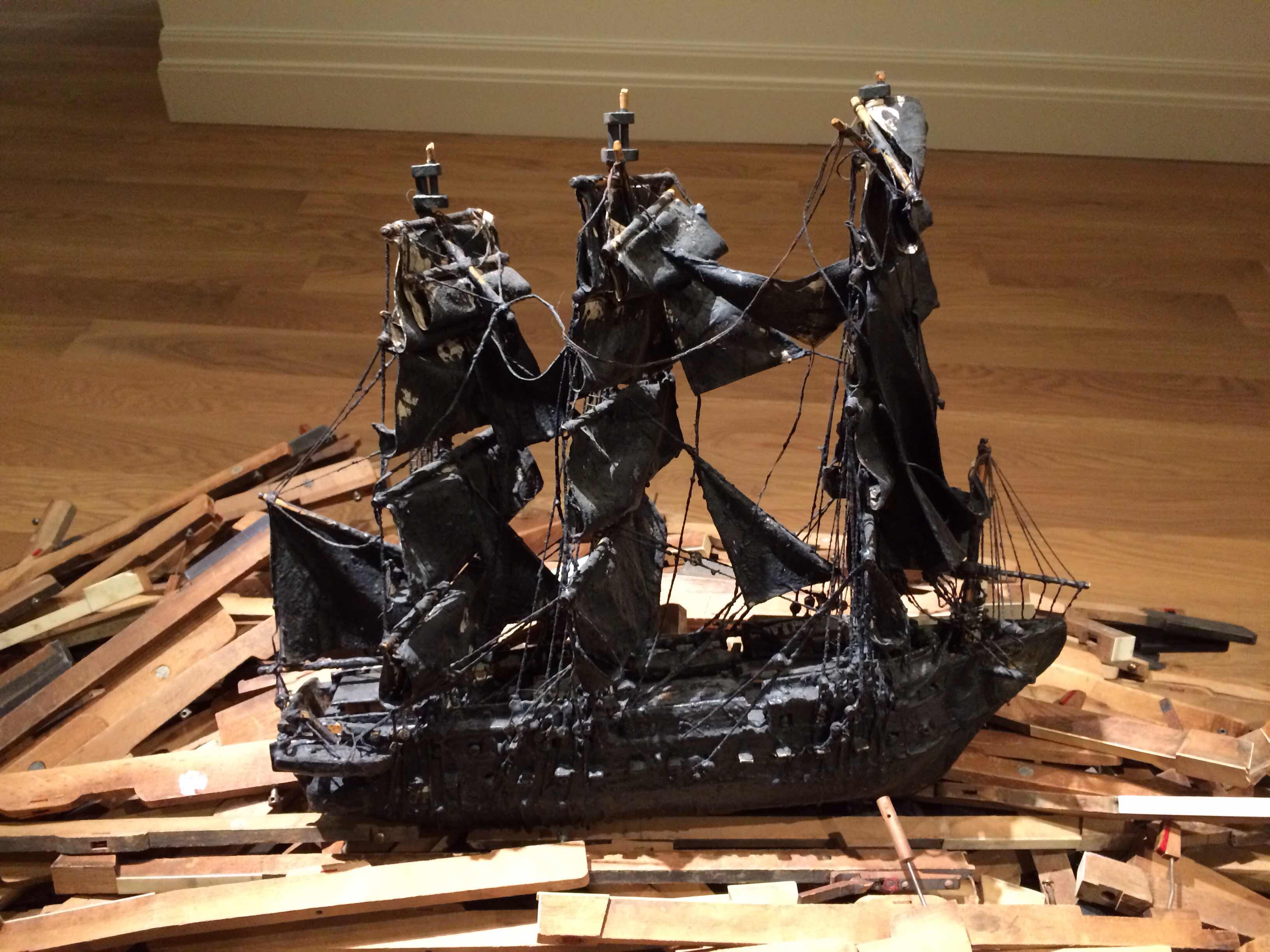 Entitled "Ebo," the next work depicts the journey of one of Bailey's grandfathers on the Underground Railroad.  Ebo is one pronounciation of Igbo, a tribe of Nigeria, and I guess the masked figure, which seems to be a photograph, is African although it looks Oriental to me. 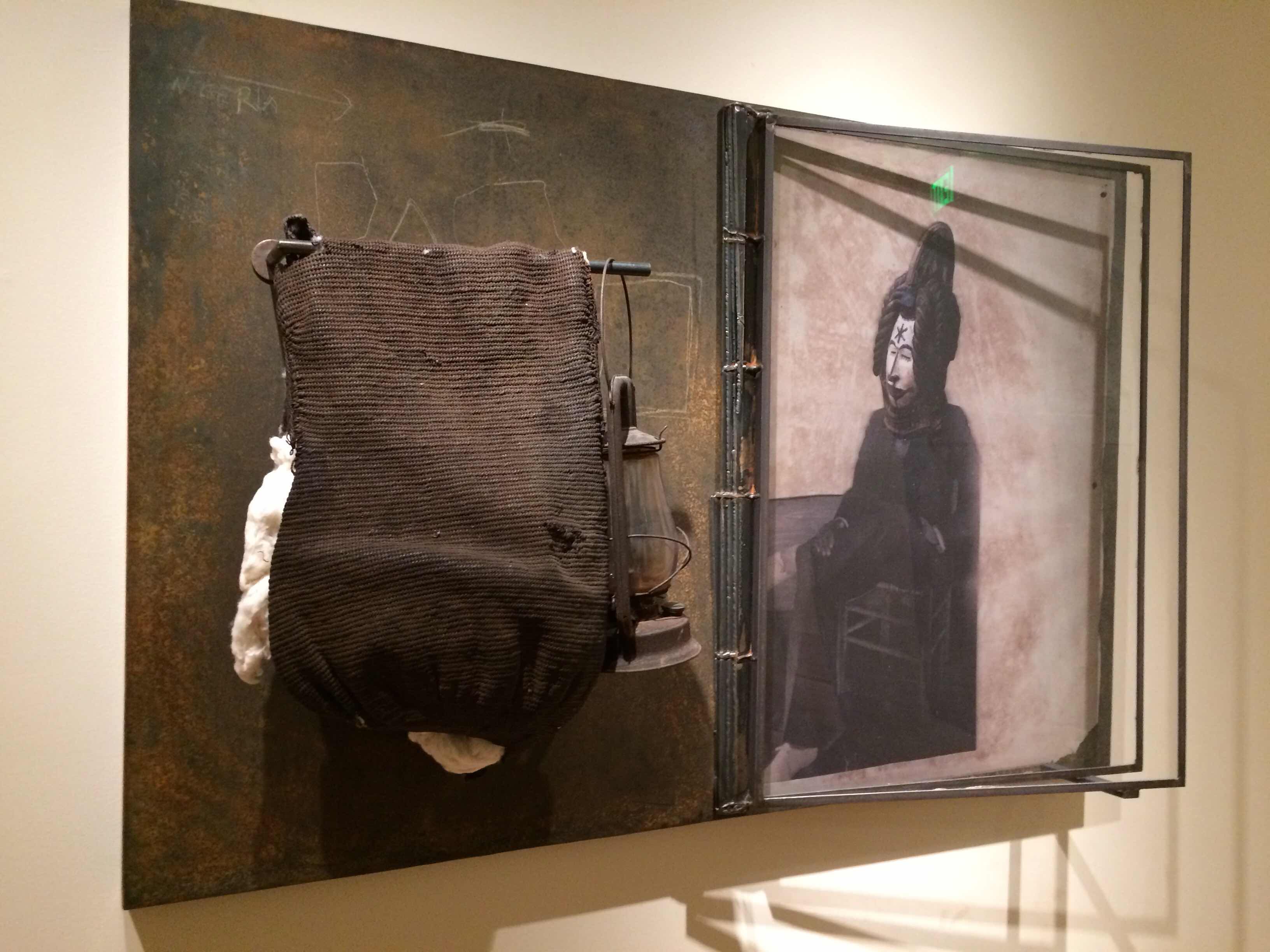 The handwoven bag contains raw cotton and a lantern, used to make signals on the Underground Railroad.  I liked the three glass windows.  To me they represent looking into the past, present, and future freedom of Bailey's grandfather. 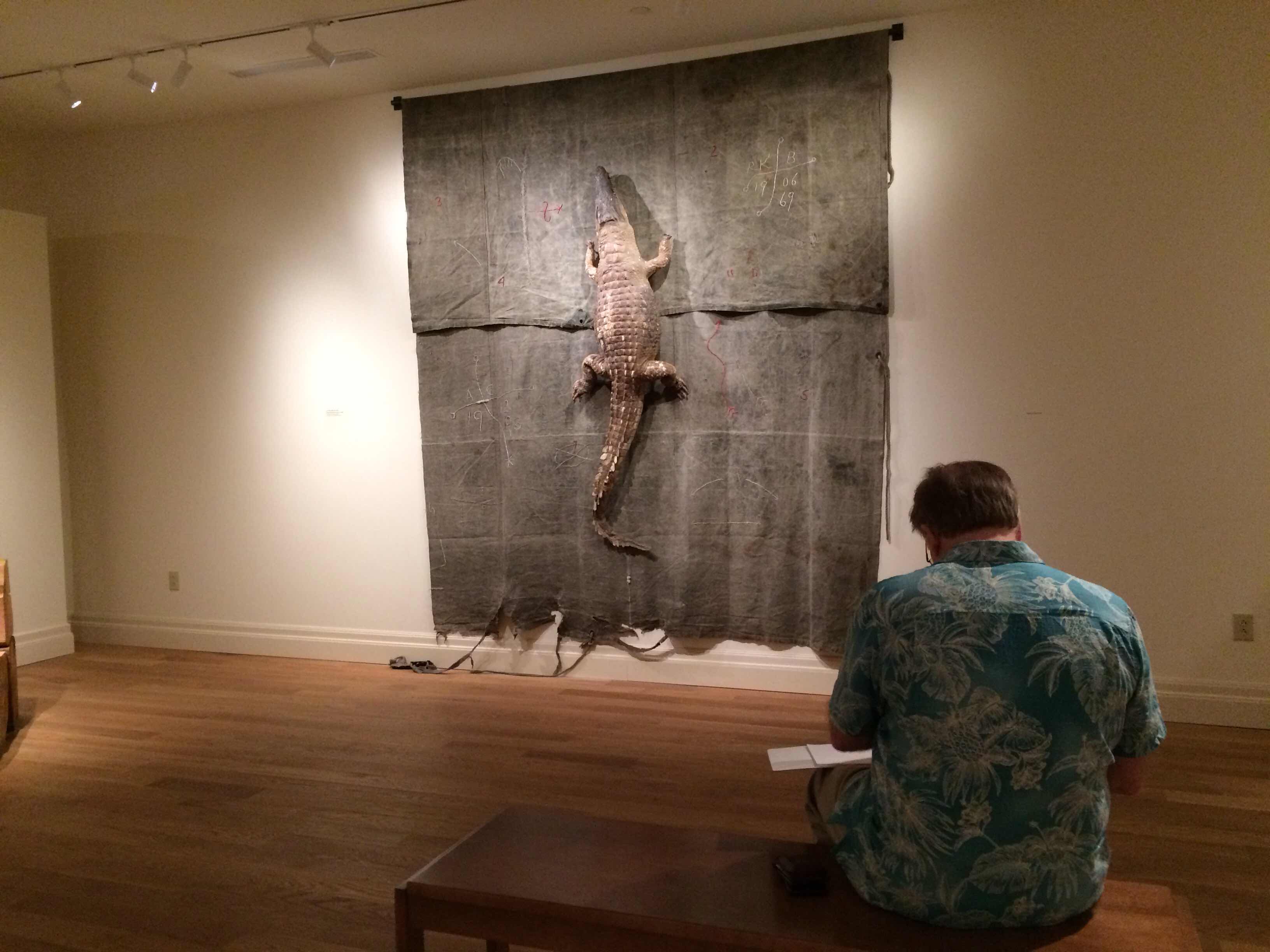 The taxidermied alligator on an old canvas tarp was called "On Your Way Up."  The birth and death dates of the artist's grandfathers are embroidered on it in handspun cotton, along with some unknown symbols done in red fiber.  I didn't really "get" this one.  The Writer is writing his comments in a book left there for that purpose.  I should have peeked to see what he said!
The next piece is the one that most spoke to me and brought tears to my eyes.  On one side a door is painted shiny gold with an elaborate lock and huge, multiple keys, and the other side has peeling old paint and rusty hinges and is hung with shackles made of bottle caps. 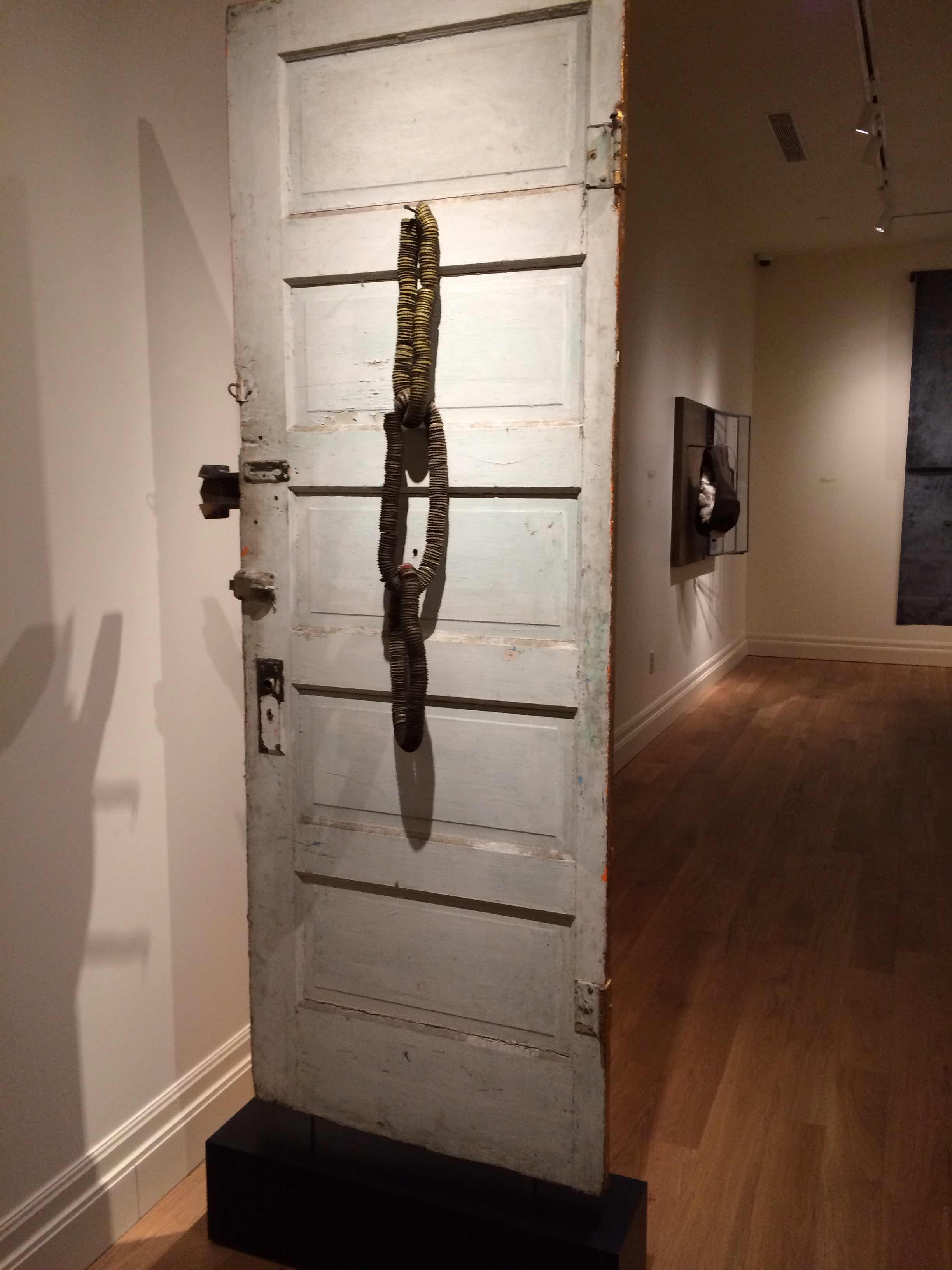 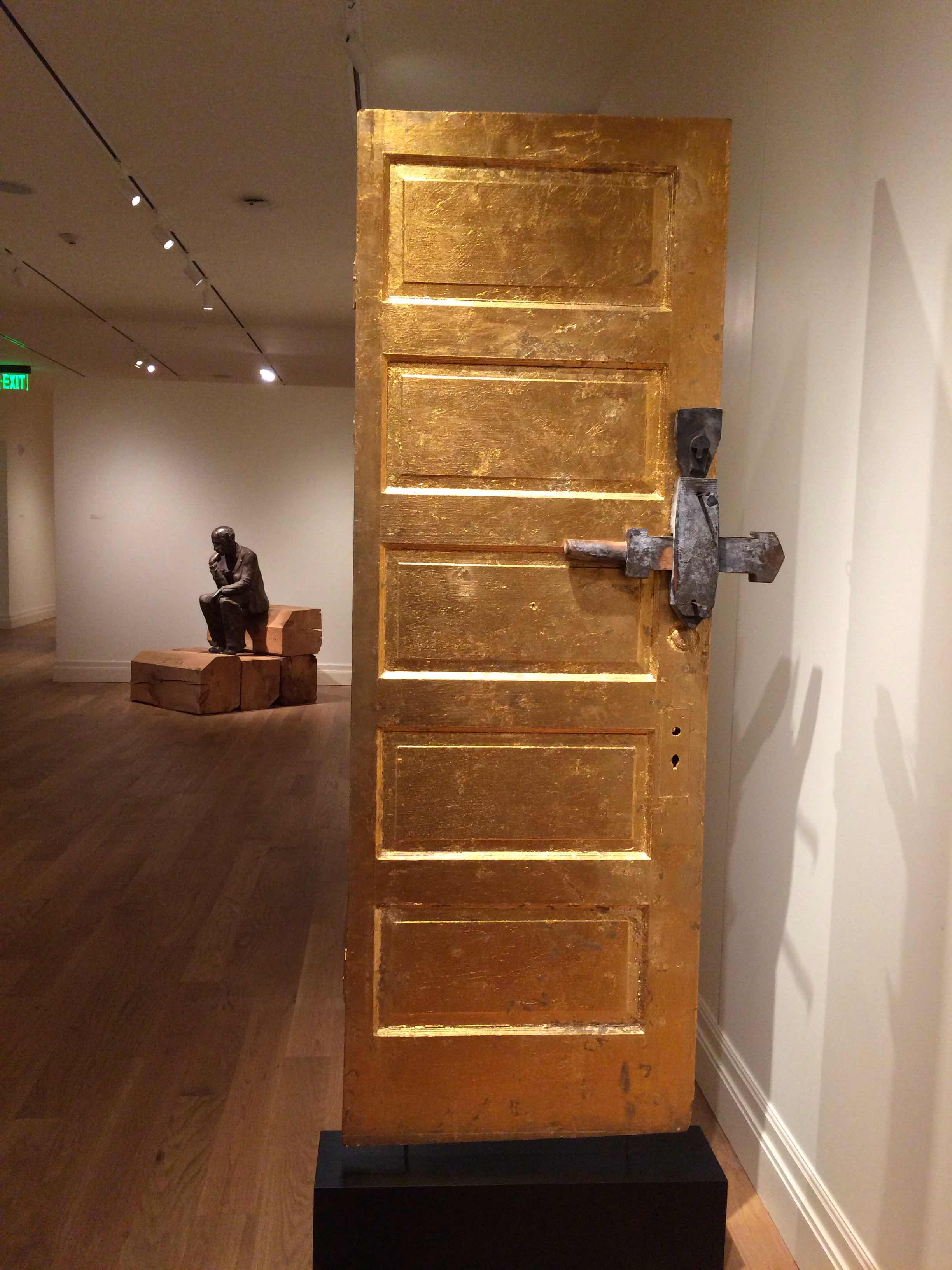 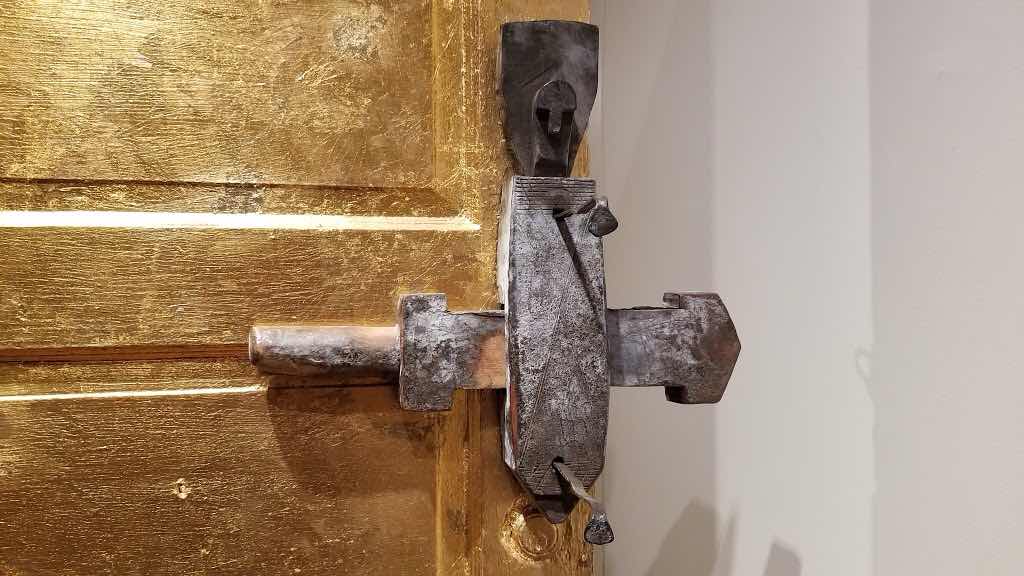 It's called "Fourth Ward," which was is  an historic area of Houston for African American life in the early half of the 20th century.  I think the door represents another kind of freedom, the break out of segregation.  The Black night clubs of the Fourth Ward with jazz music and dancing drew whites in.  The bottle caps represent the role of the night clubs bringing the races together, a step into the end of segregation.  The door itself came from a house in the "projects" of the Fourth Ward.
The interpretations of the pieces are solely my own, I'm sharing only what the art says to me.  But then, that is the fun of good art, isn't it!
Posted by Cynthia at 2:04 PM