The world's largest rose bush in Tombstone, Arizona, is part of The Writer's family history.  Its story began in 1884 when a young miner and his wife came from Scotland to work in the Tombstone mines.  The young woman, Mary, was very homesick and particularly missed the garden of her childhood home.  In time she received a package of bulbs and cuttings from plants in that Scottish garden, including cuttings from a Lady Banksia rose she herself had planted as a young girl.
A single cutting was planted behind a boarding house in Tombstone, which was purchased by the Macia family in 1920.  It grew surprising well in the Arizona desert climate that was so unlike Scotland, and the Macia's named their new business the "Rose Tree Inn." 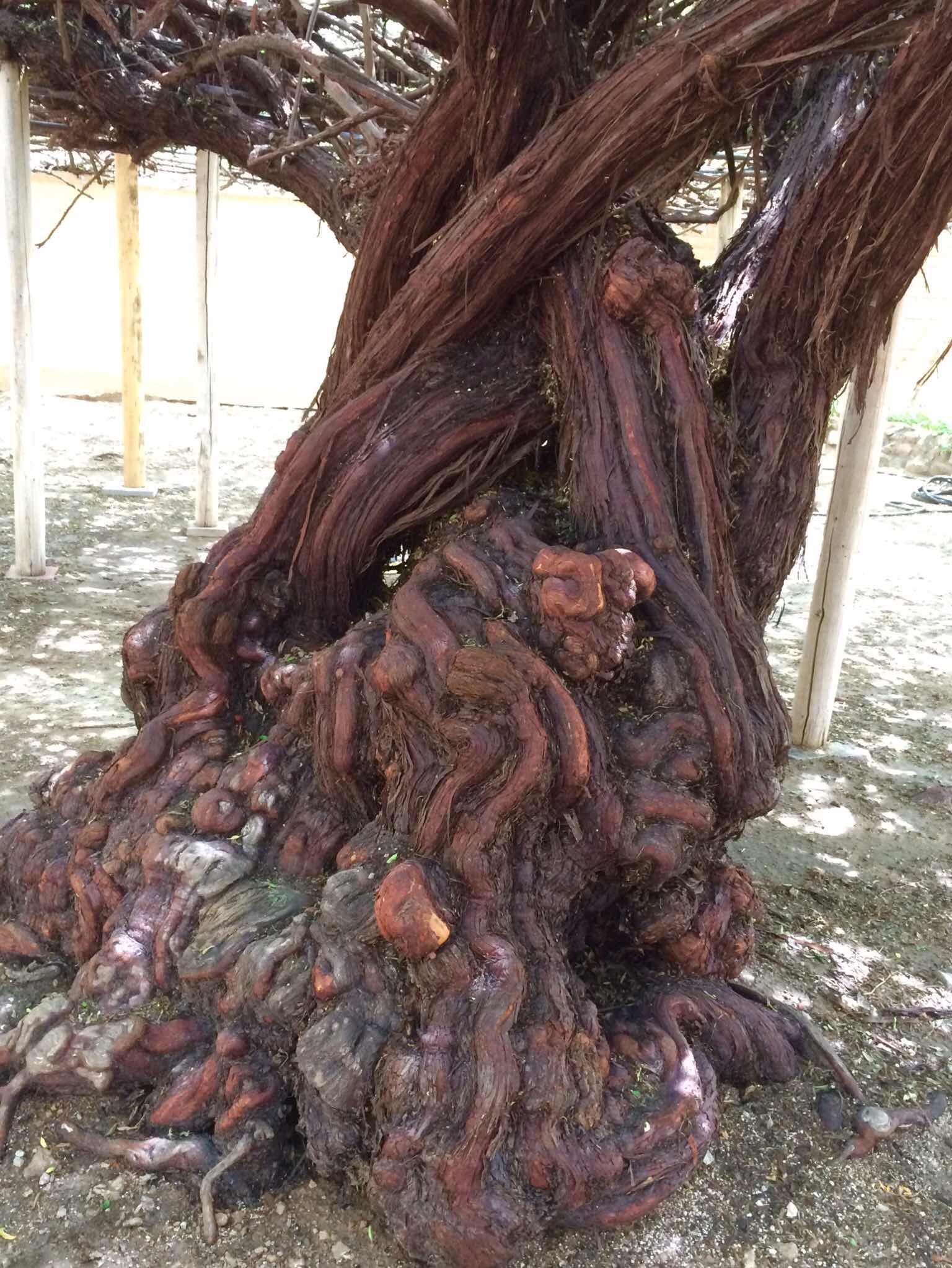 It had inadvertently been planted over an underground stream and the availability of that water accounts for the fact that now, 130-some years later, it covers 9,000 square feet! 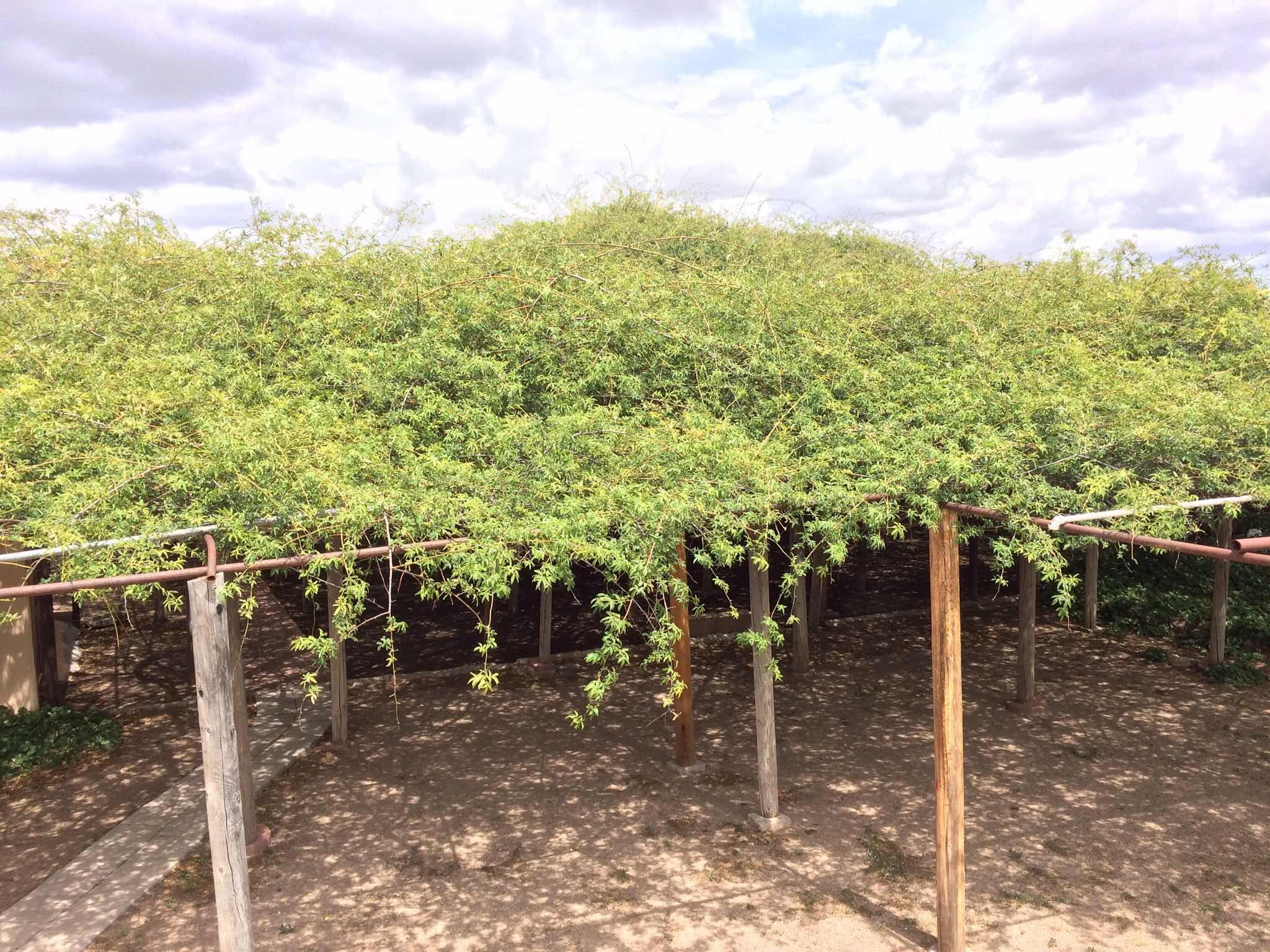 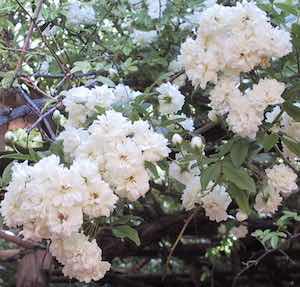 It has never needed to be fertilized but has to be pruned in January to bloom for six weeks in March and April.  You can smell the scent all over town.
When The Writer was growing up, his uncle's family continued to own the inn and live there.  He and his brother spent weeks every summer with their cousins, climbing on top of the adobe walls around the garden, playing cowboys and Indians (it was the 50s, folks!) over-under-and-through the rose tree branches, riding horses, climbing landforms in the desert, and having exciting Western adventures. 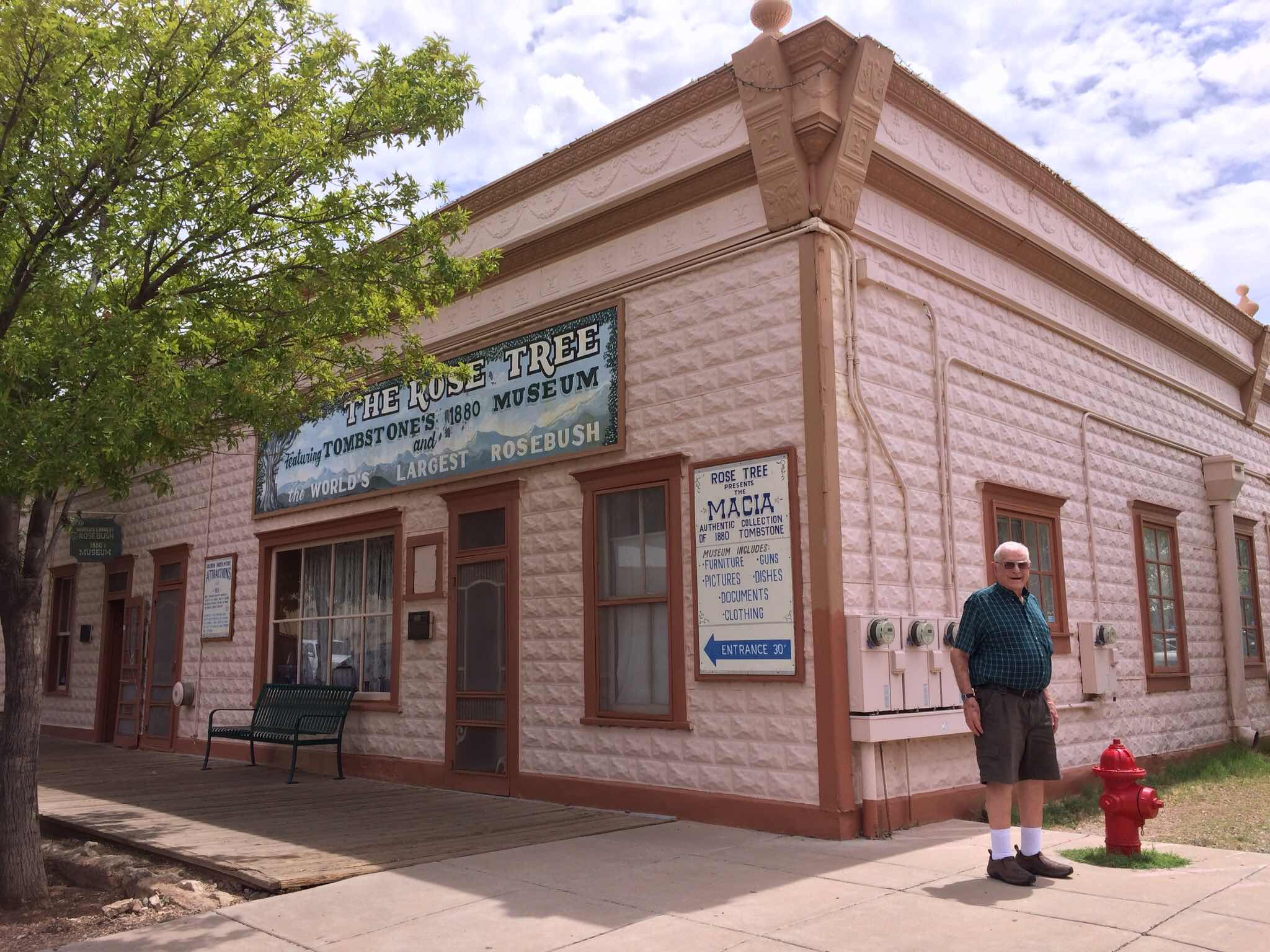 Today The Rose Tree Inn is still owned by the family and it's a museum.  It's near the legendary O.K. Corral where a famous 1881 gunfight between a gang of outlaws called The Cowboys and The Law (which included Doc Holliday and the Earp brothers - Wyatt, Virgil and Morgan) erupted.  (Actually the gunfight took place six buildings away from the O.K. Corral, but what are mere facts in the face of Western novels and movies from the 1950s that insist on showing it happening at the O.K. Corral? ).
Thirty shots were fired in 30 seconds and three Cowboys lost their lives.  (If you think that was the end of that you'd be wrong.  A couple months later the Cowboys picked off Virgil (maimed) and Morgan (killed) in seperate ambushes on the streets of Tombstone. Wyatt took a hint and got out of Dodge, so to speak.  He continued fighting, gambling, and shyster-ing in California and managed to survive into his 70s.) 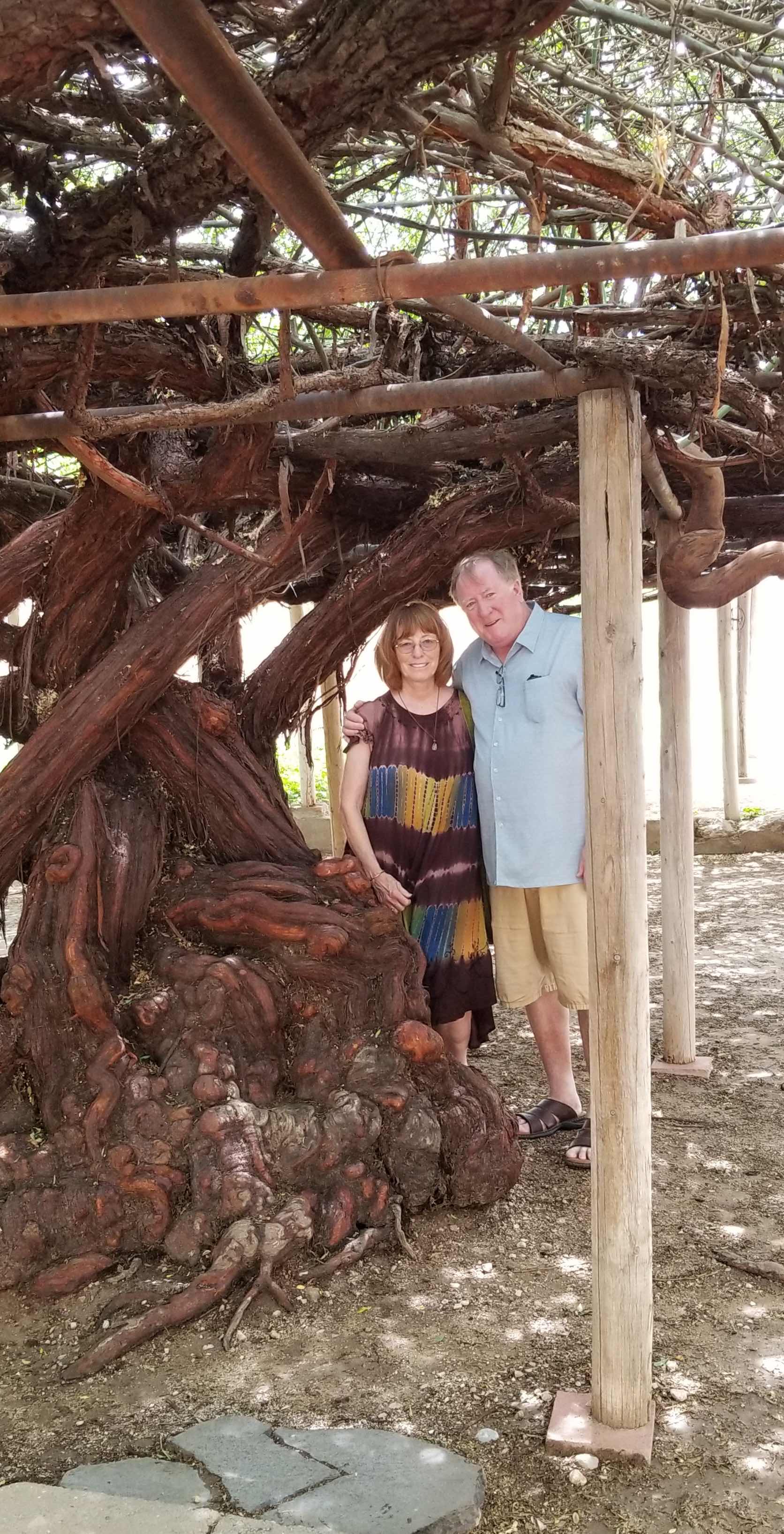 Well, that is my last post on our trip to Arizona.  That afternoon we headed back north to Phoenix, through the first rains of the monsoon season, with flooded roads and traffic brought to a halt for over an hour.  Close to Phoenix we drove through my first duststorm in the desert, which made the tv news that evening.  Then we gave up our luxurious rental car with the cooled seats, spent a few too-short hours sleeping in a hotel, and flew home to South Carolina. 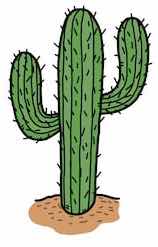