In 1927 land for a small store at a crossroads in Horry County was purchased for $100 by   Mr Hub Small.  He built a home and a little store stocked with food, ice, clothing, and hardware for the farmers of the area.  Roads weren’t paved yet for many years and travelers passed by in wagons and buggies.

Tradition allowed farmers a bit of rest on a Saturday afternoon and the store was a convenient place to shop.  They tied their mules under a big old oak and families took advantage of the shady spot to “catch up” on the news. 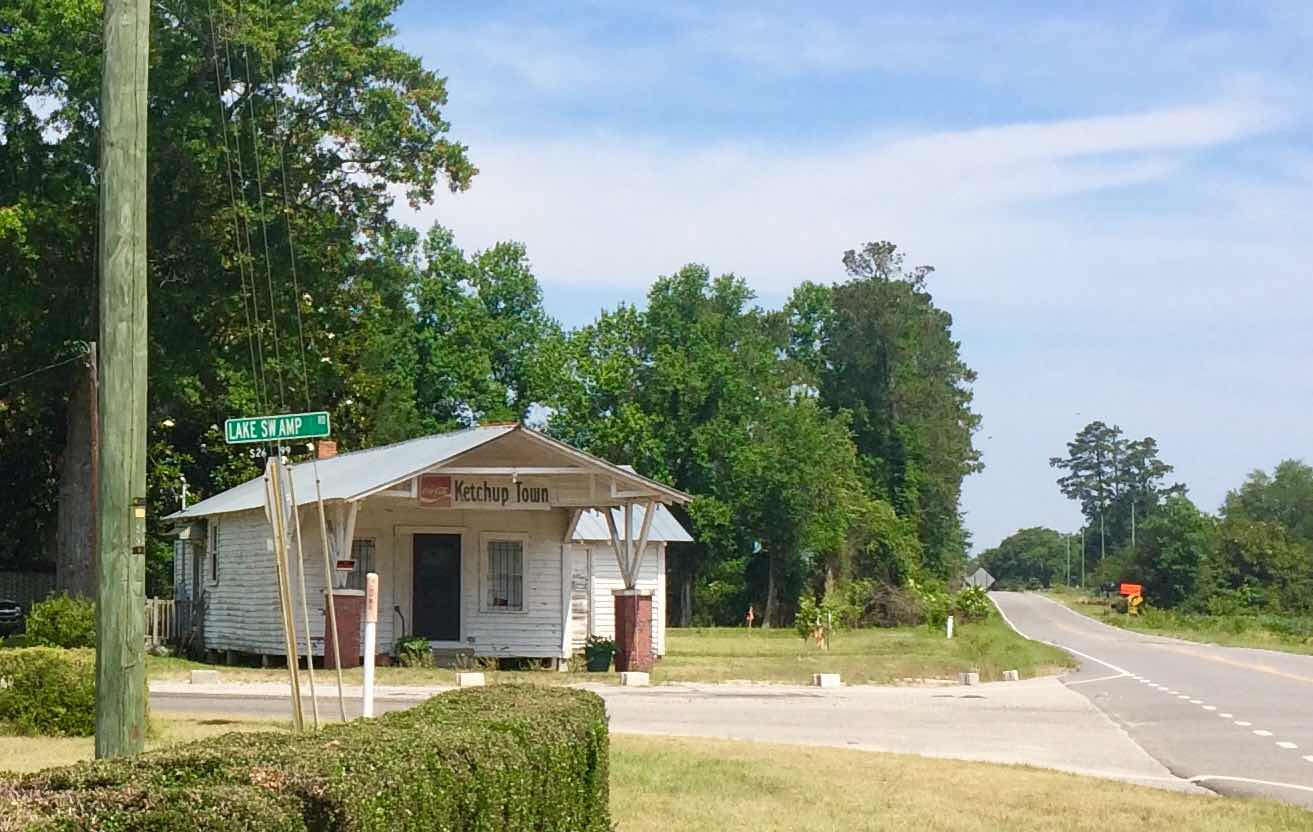 The store was tended by Mr Smalls, his wife, and four daughters.  When it came time to have a sign made for the store, young daughter Ruth lobbied for the spelling of Catch Up with a K, and the settlement that grew up around the store became Ketchup Town. 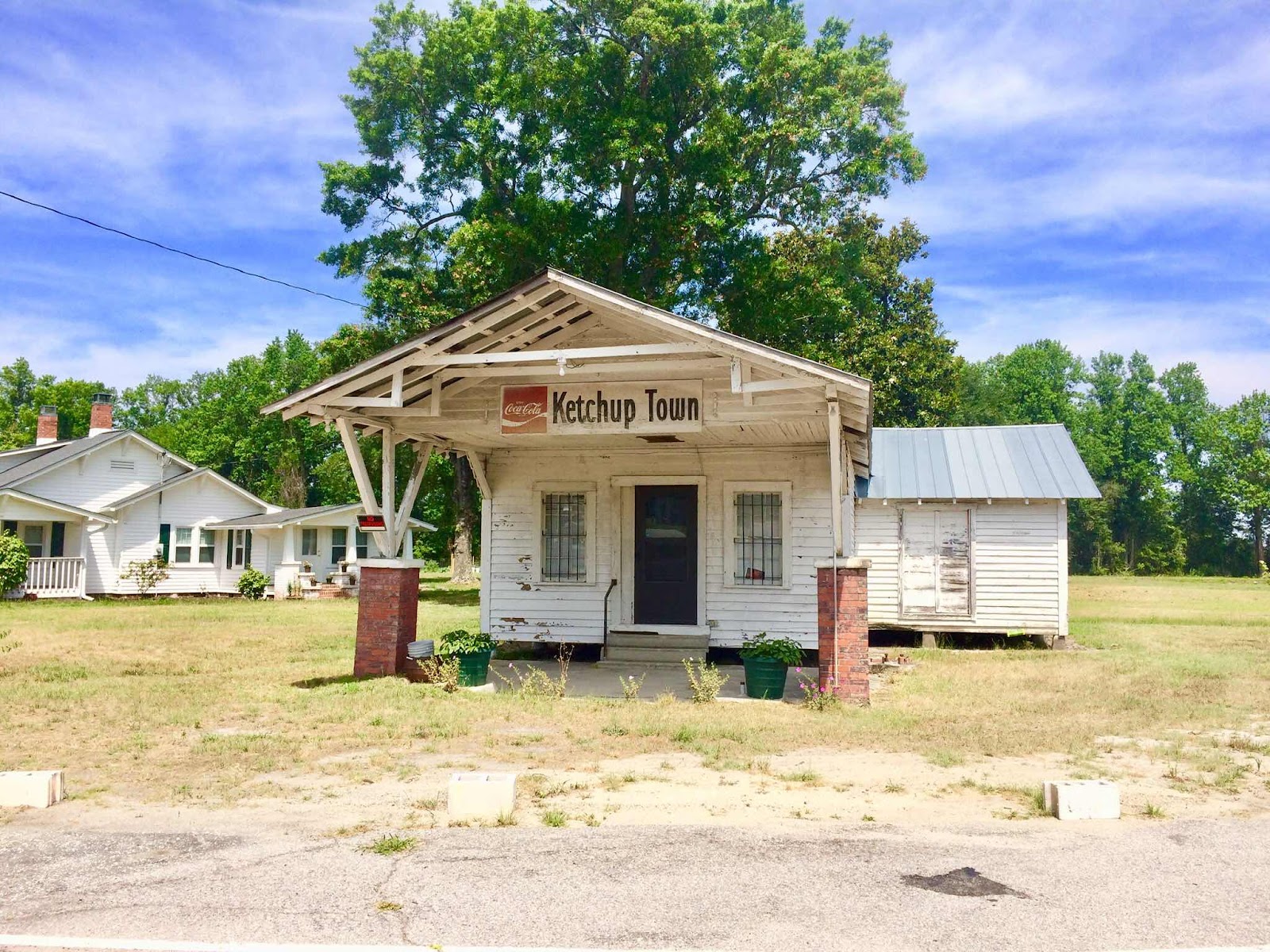 When roads were paved in 1949 and 1950, people began to travel to Conway and Mullens to shop and the Ketchup Town Store closed its doors.  Ketchup Town is still at the crossroads and is home to 75 people.
Posted by Cynthia at 10:12 AM