Last month was designated “Plastic Free July” across the world to increase awareness of the plastic pollution overwhelming our planet and to get people thinking about making changes in how we use it.  Our local art museum had an interesting exhibit, Can’t You Sea?, of art made from discarded plastic, along with special speakers and events, and a free month-long continuous showing of the documentary film, A Plastic Ocean.
Here are some of our favorite pieces from the gallery. 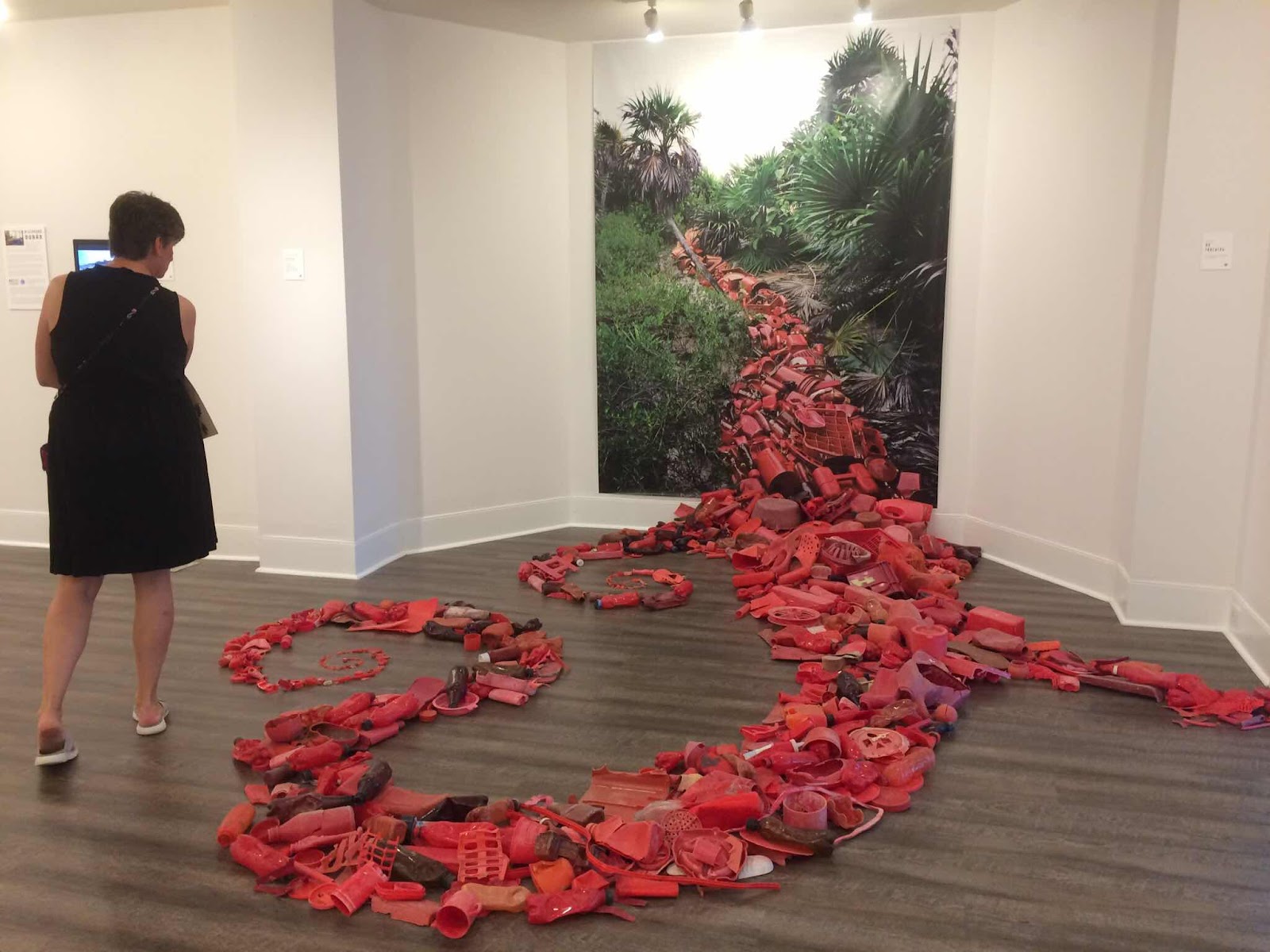 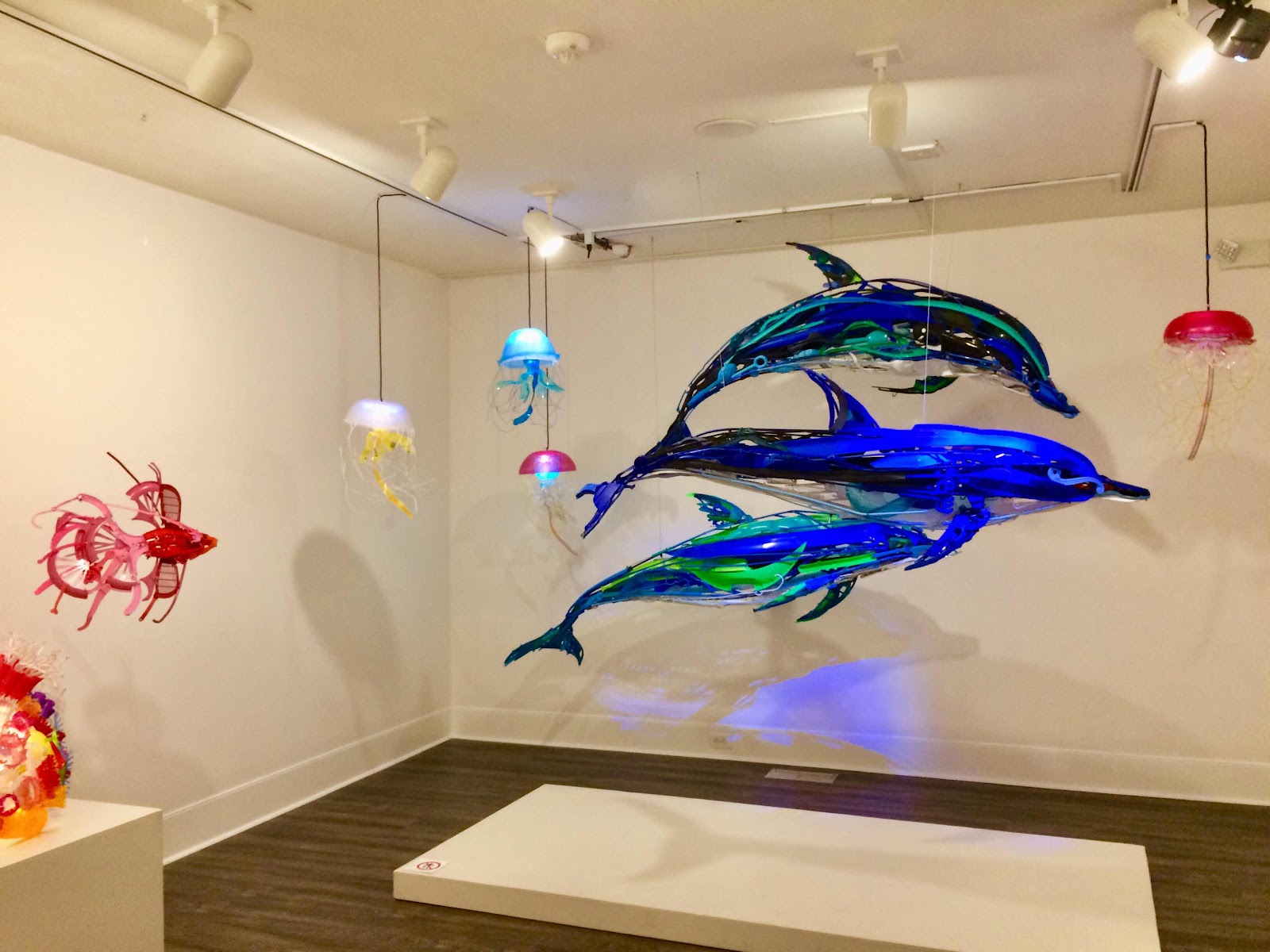 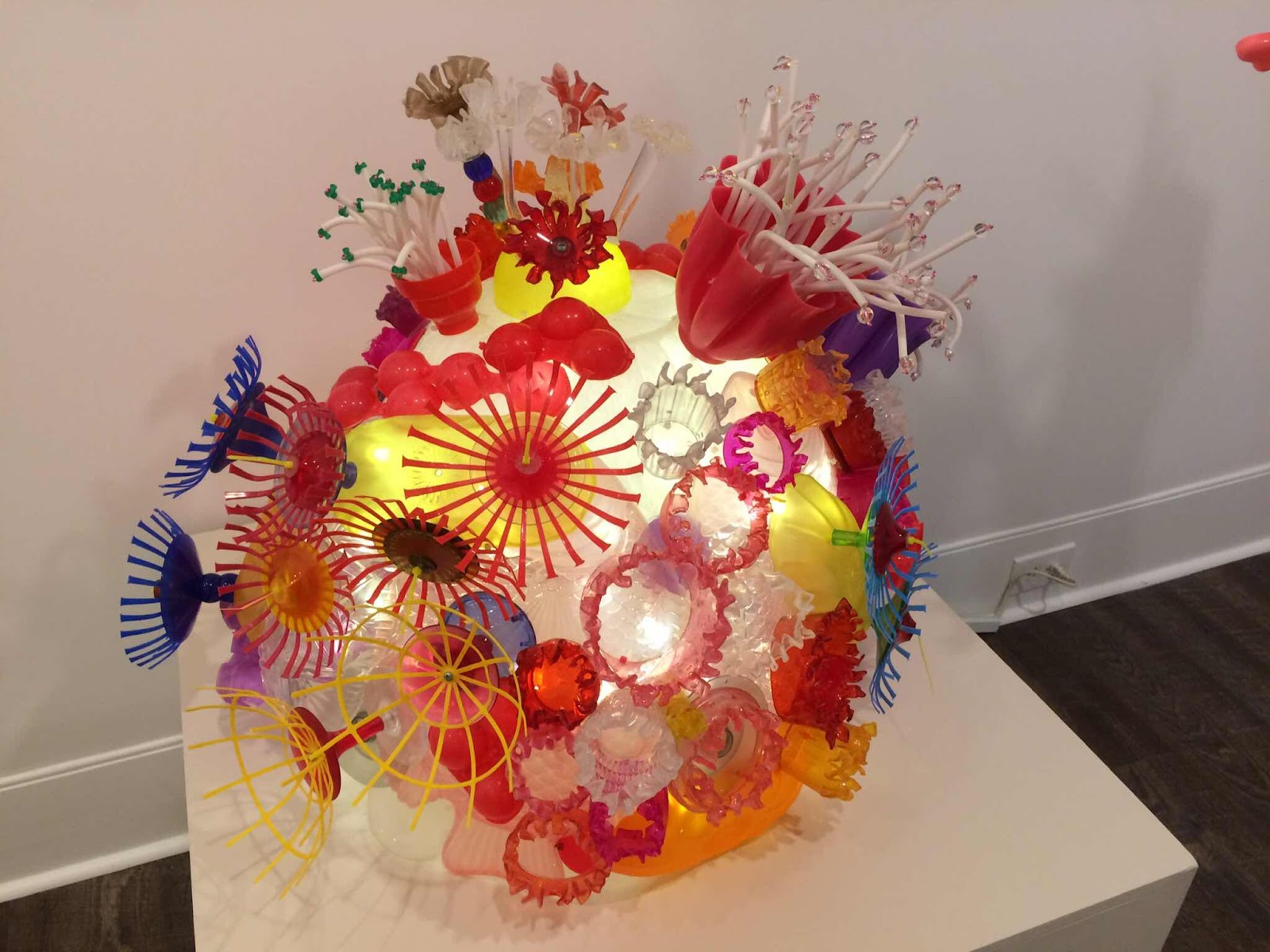 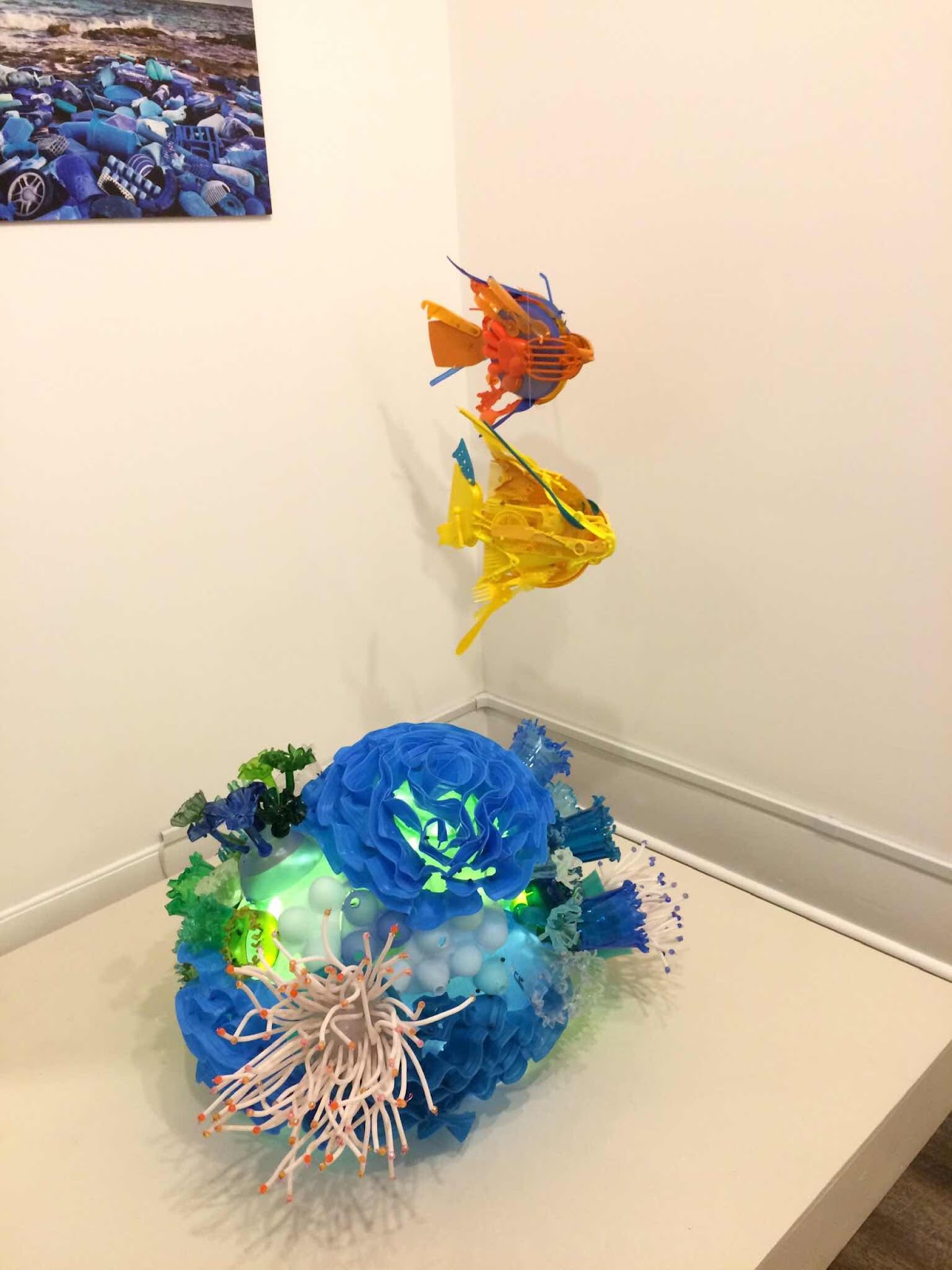 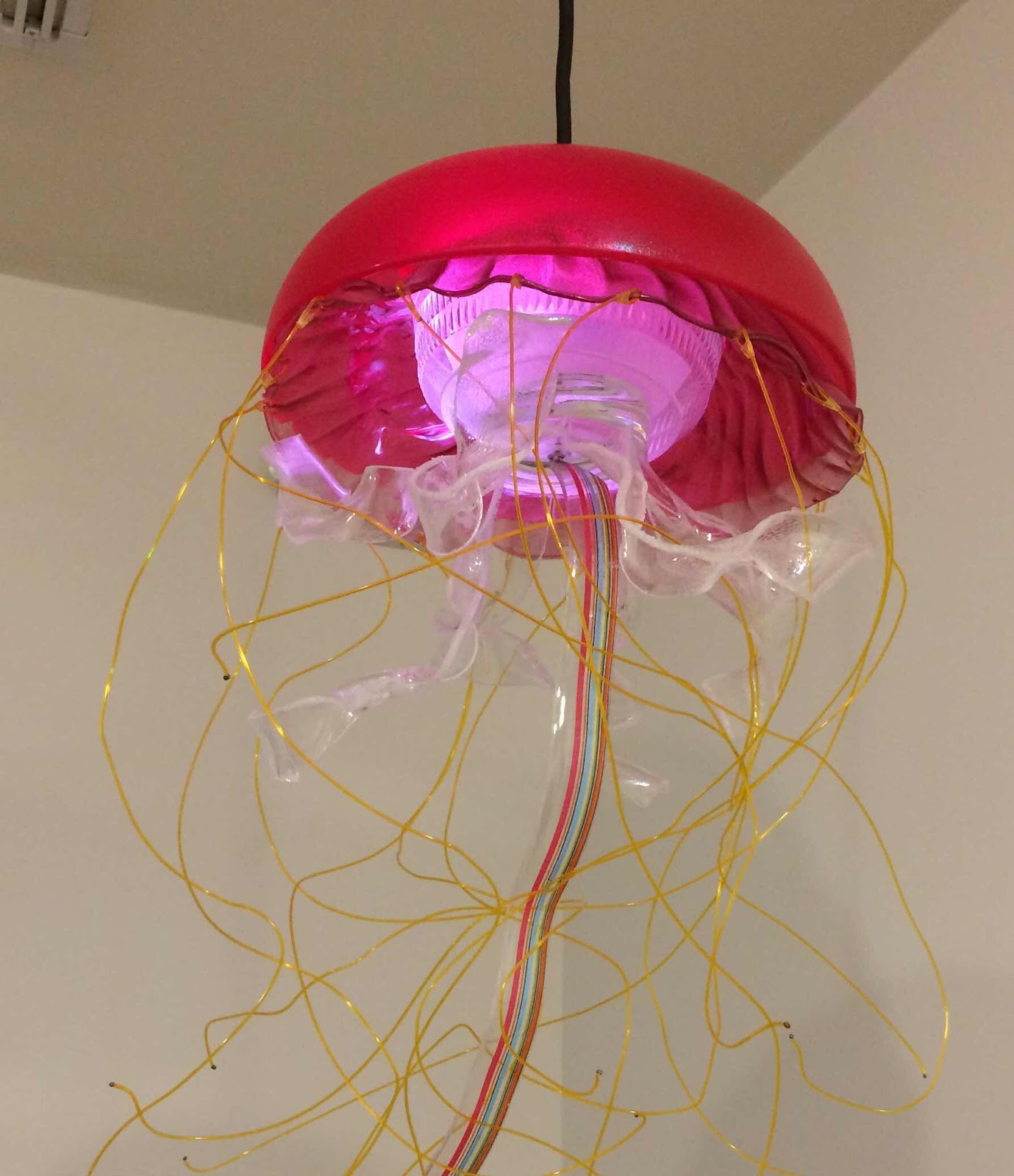 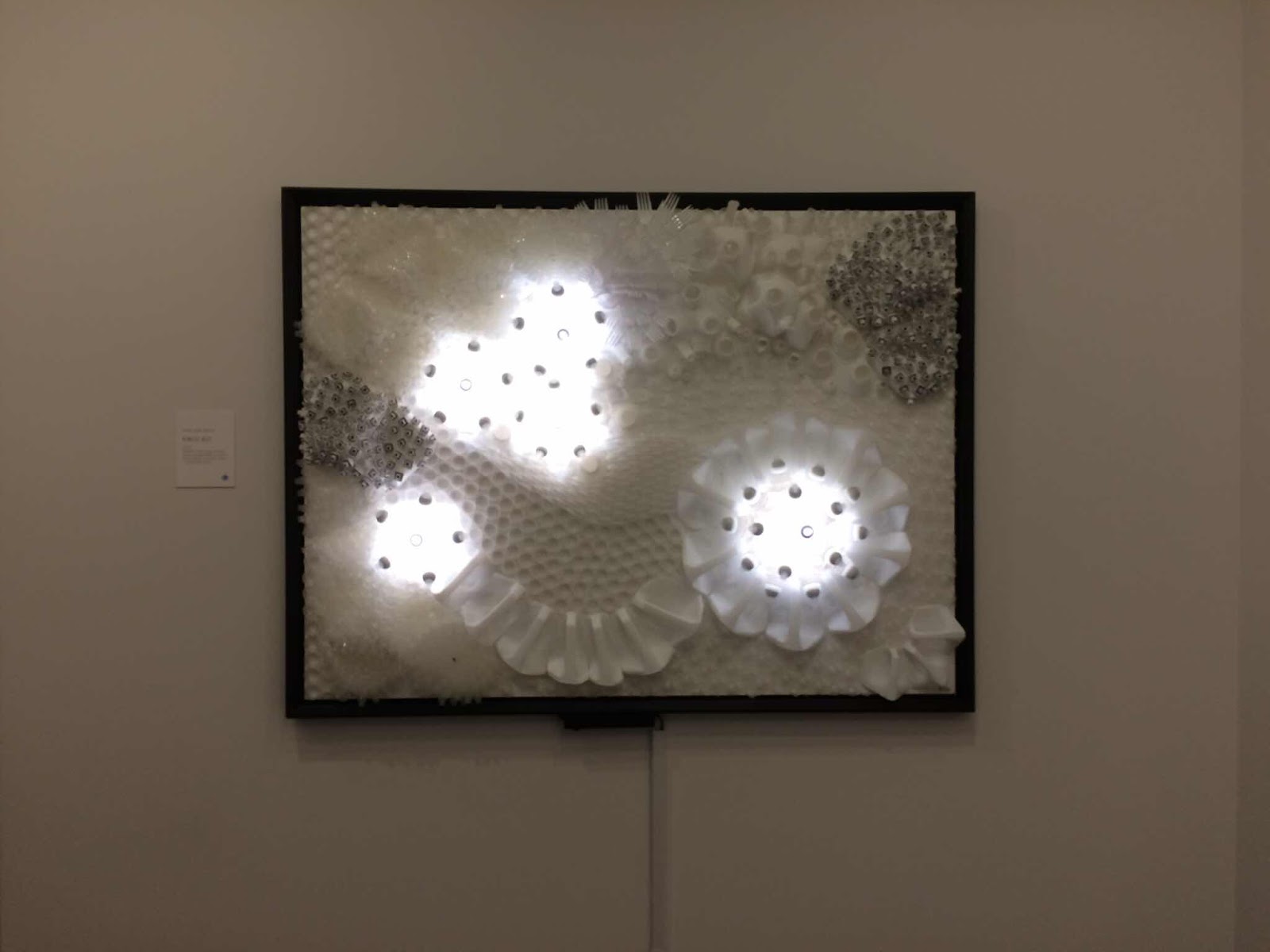 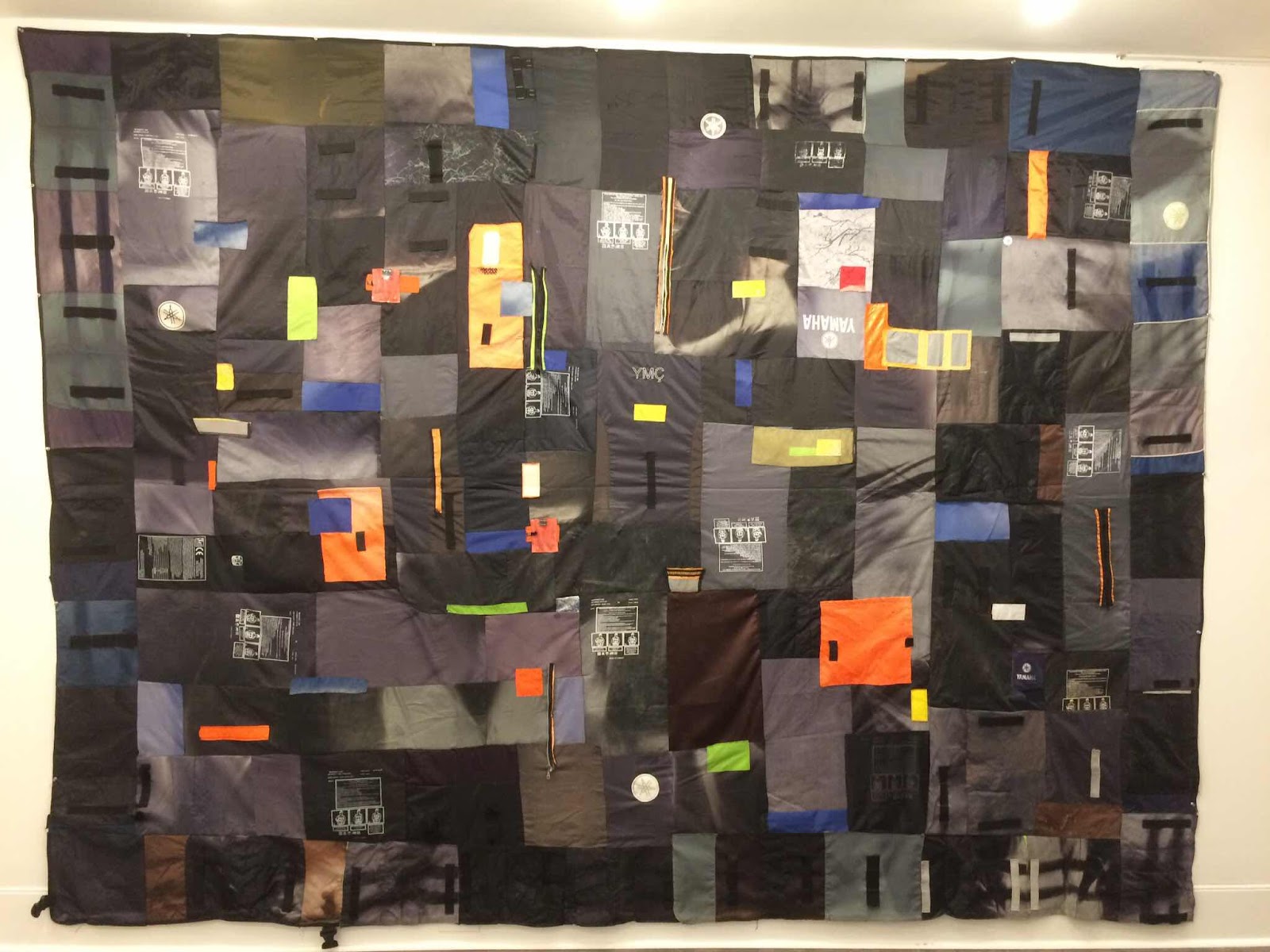 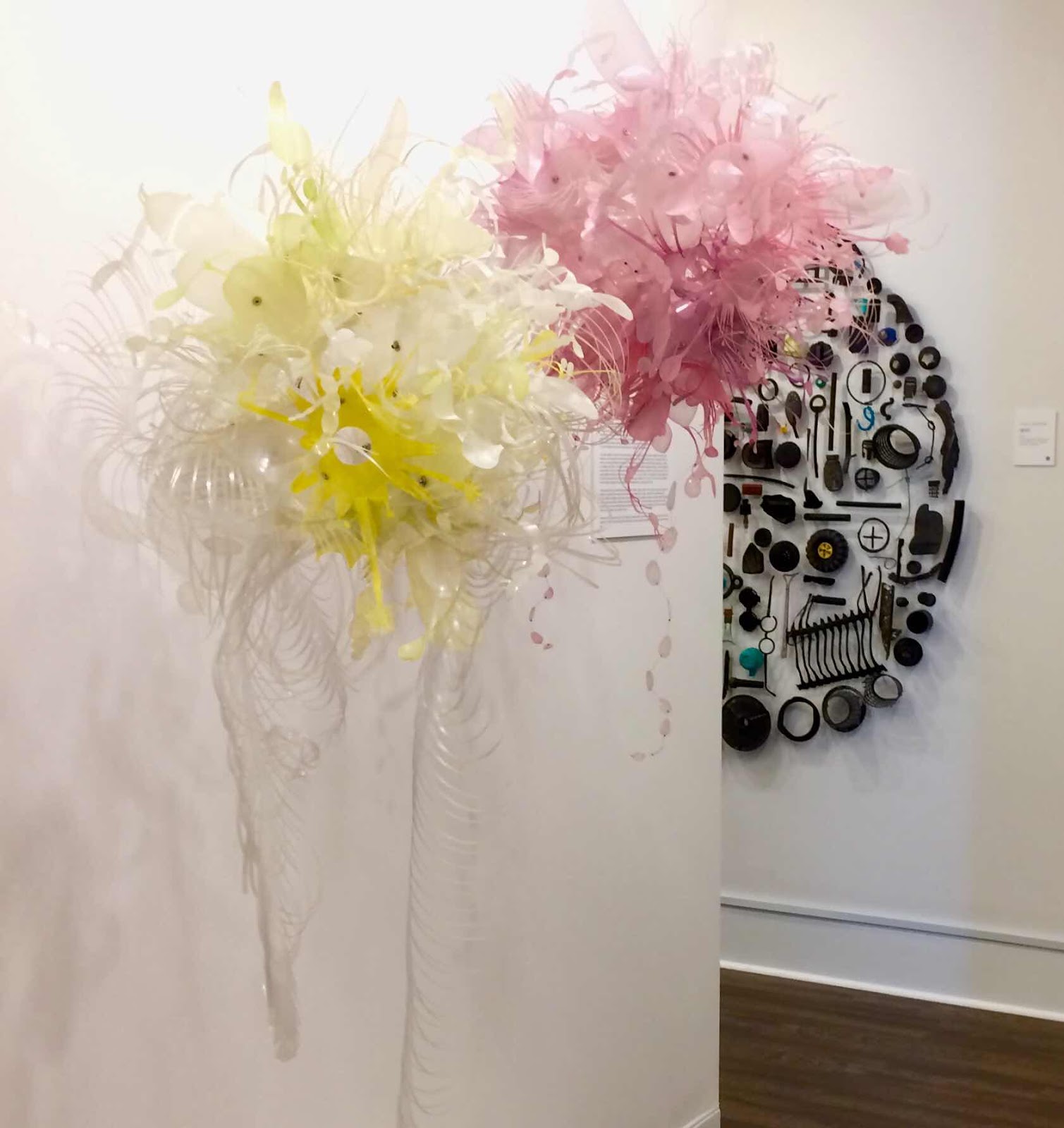 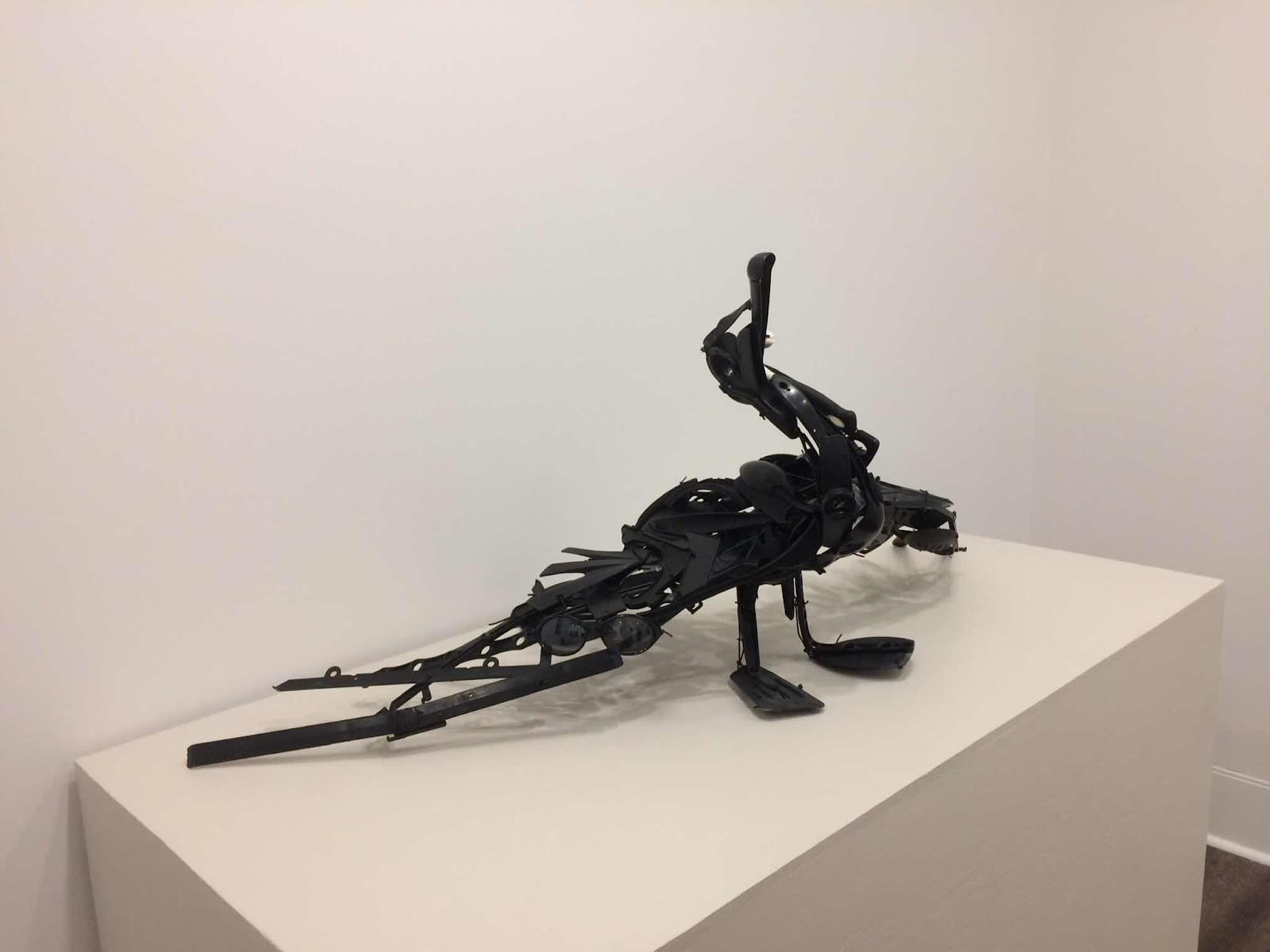 Ganz (plastic objects, wire, and cable ties)
If you haven’t seen the documentary, A Plastic Ocean, I highly recommend it.  If you watch it, I don’t think you will ever think of plastic the same way again!
A brief description:

The film starts off as an adventure to photograph the blue whale, the largest animal on the planet.  What journalist Craig Leeson encounters on his quest is shocking — a dangerous layer of plastic debris and filth covering the world’s seas and beach communities that were recently pristine. He is joined by diver Tanya Lee and for the next four years they explore and document the mess caused by decades of plastic use.

Perhaps the most frightening aspect of plastic debris is that it degrades into micro fibers which enter the food chain and ground water and from there move into human beings. Micro fibers are already being found present in much of what we ingest (from beer to seafood) and are made up of chemicals that alter normal function of the human endocrine system, impair brain development, cause learning disabilities, and increase incidences of cancers.

Below is a trailer for the film.  You can watch the complete documentary on line.