Thanks for all for the encouraging comments on my last post.  Hearing the personal stories of all the successful knee replacements has helped me feel confident that I’m going to get through this just fine.  I think the most repeated advice was to faithfully do all the exercises prescribed and I will do that, for sure! 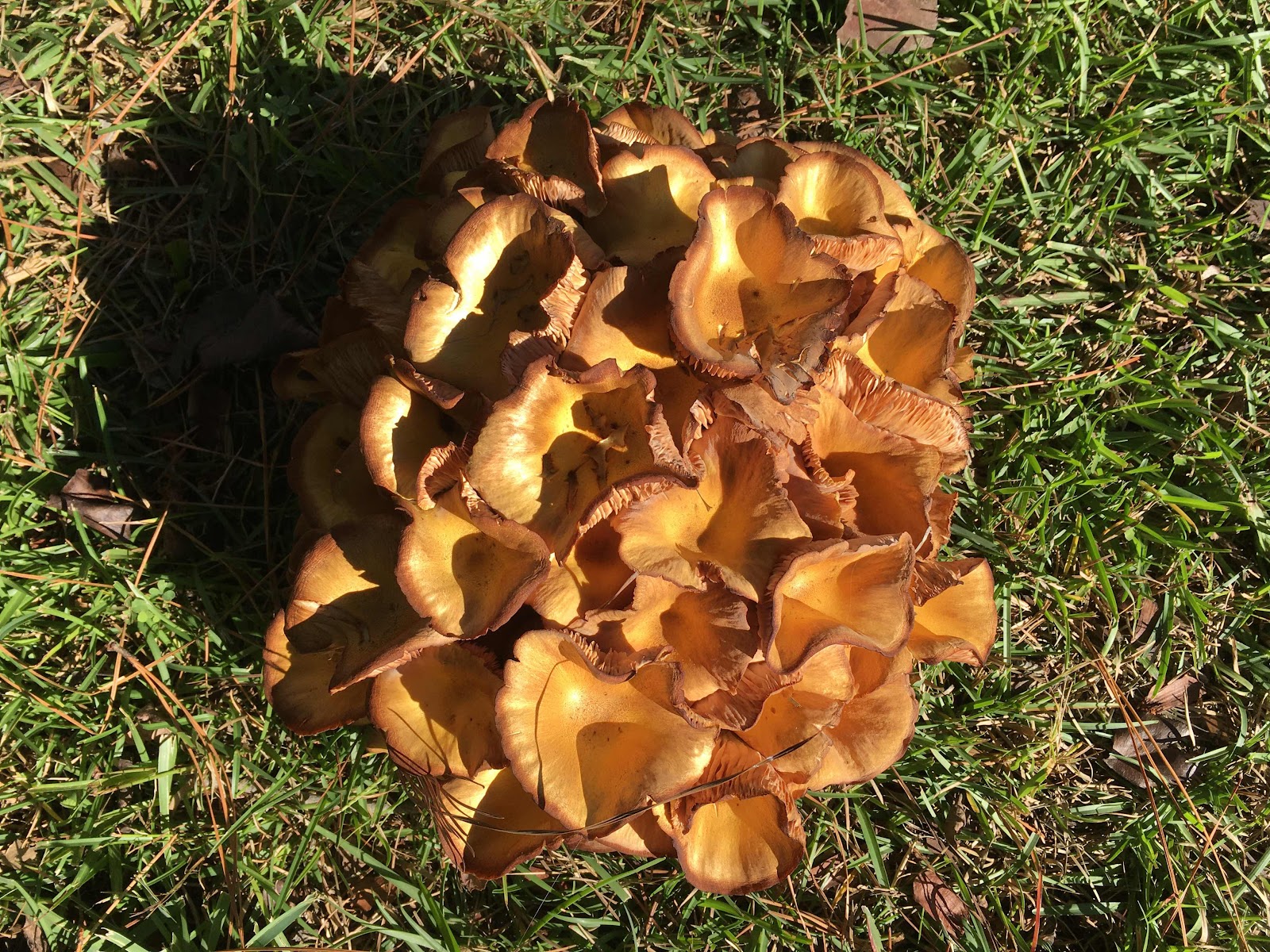 We have been having some wet weather after a very long summer dry spell and lots of fungi has shown up.  Look at this one.  It’s growing on the ground and is the size of a basketball! It started out white and soft and has slowly changed to bright orange and quite stiff. 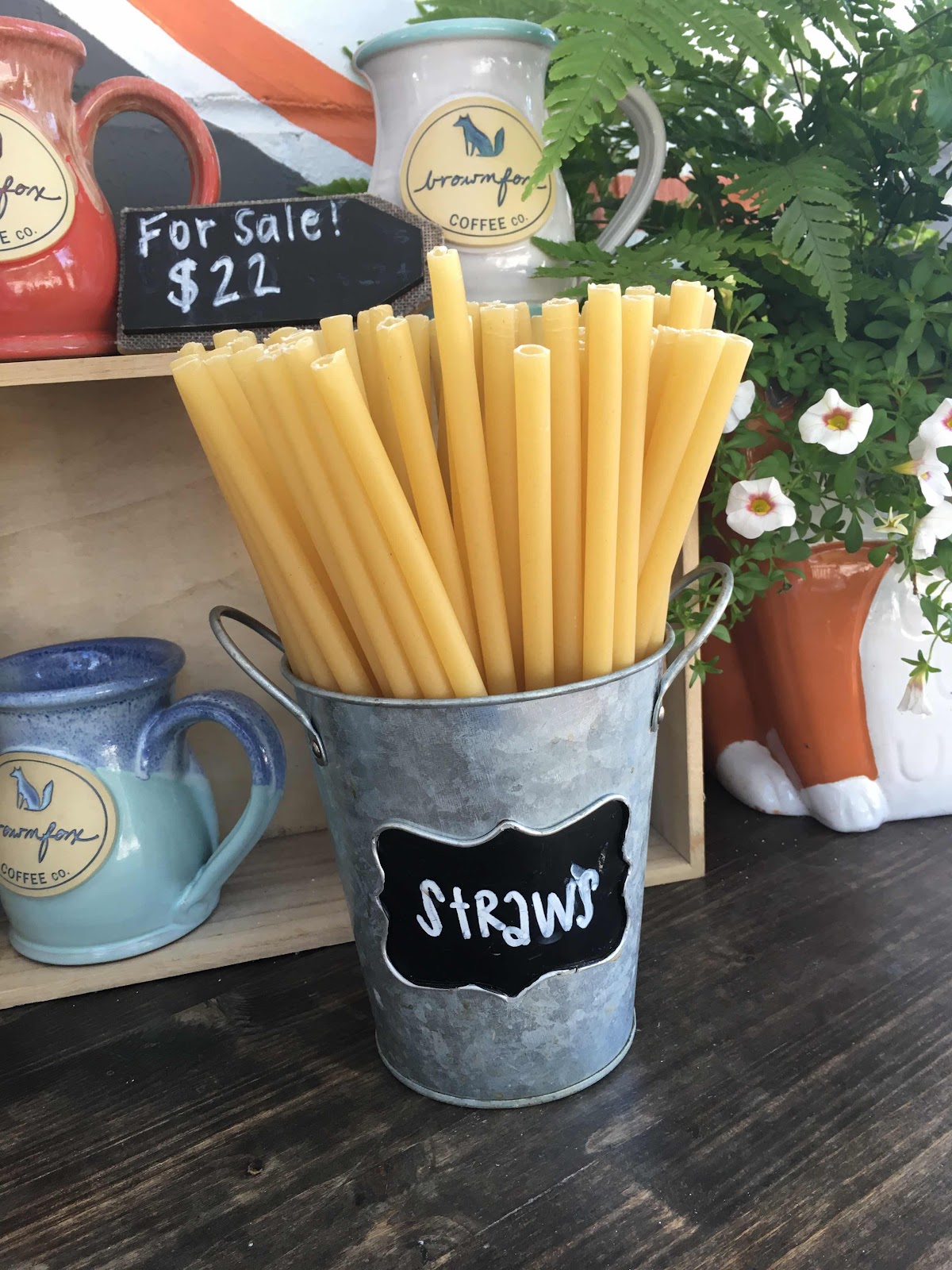 We were on our way to Charleston one morning last week and stopped at a small outdoor coffee shop.  The town we were in has a law banning single use plastic shopping bags and plastic straws (yay!) so most places either don’t offer straws at all or offer paper ones.
This coffee shop has pasta straws — uncooked noodles!— available for their iced coffee!  We have steel straws that we bring in with our reusable cups so we didn’t try them out.  Definitely a biodegradable alternative to plastic! 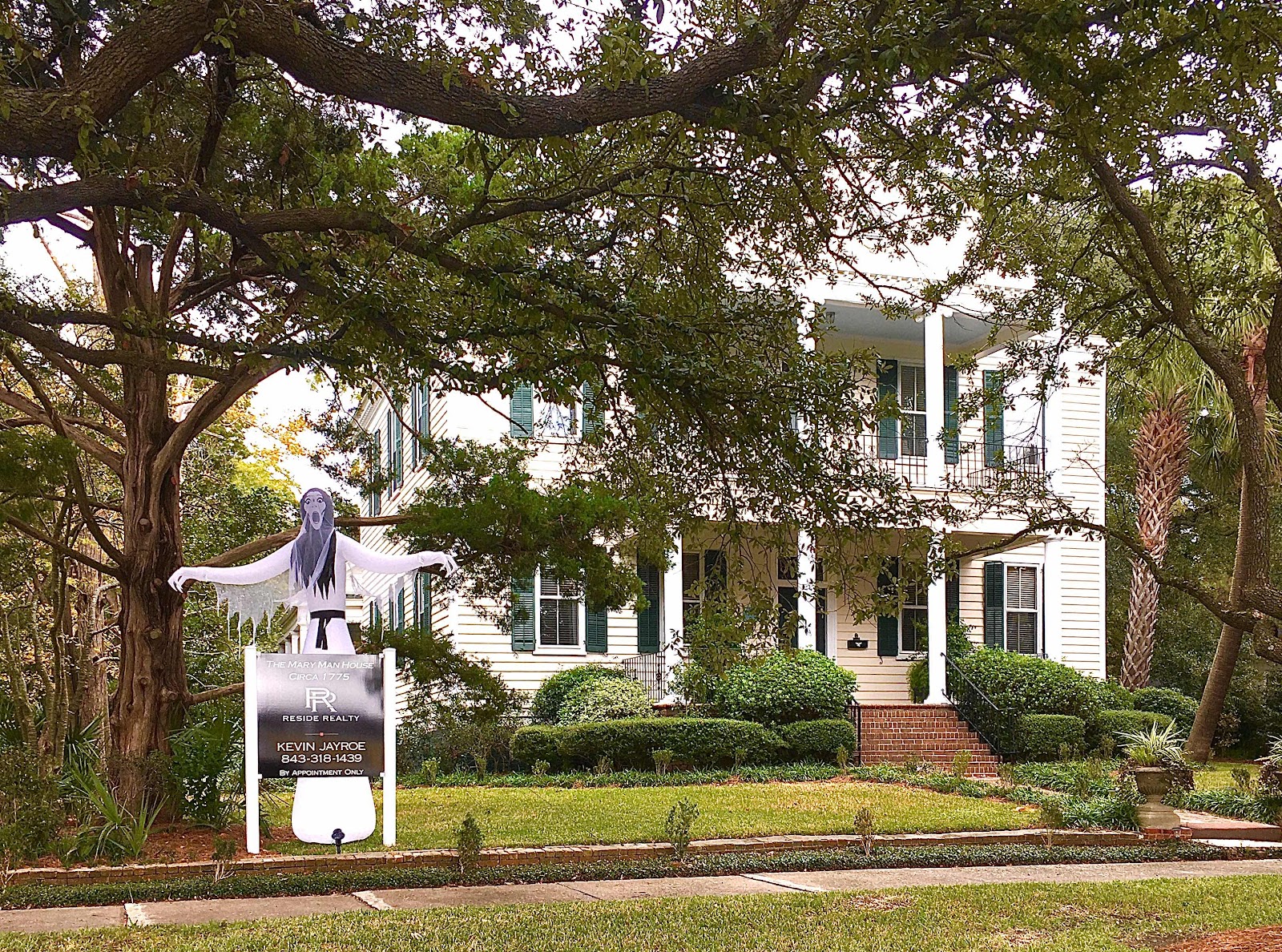 One of the many gorgeous old southern mansions in Georgetown, the Mary Man-Hazard-Doyle house circa 1775, is for sale!  Are you interested?
Miss Mary Man was the owner of one of the largest rice plantations near Georgetown and had the house built for “in town” entertaining of guests.  Crafted from handhewn cypress from the plantation, the house has eight original fireplaces, four bedrooms, and 7,000 square feet of original heart pine floors.  It has withstood the Revolutionary War, the Civil War, and numerous hurricanes so I think it has proven it’s a sound investment.
AND it comes with its own ghost!  Last week a woman dressed in gray appeared behind the For Sale sign on Front Street, the ghost of Theodosia Burr Alston, daughter of U.S. Vice President Aaron Burr and wife of a governor of South Carolina. 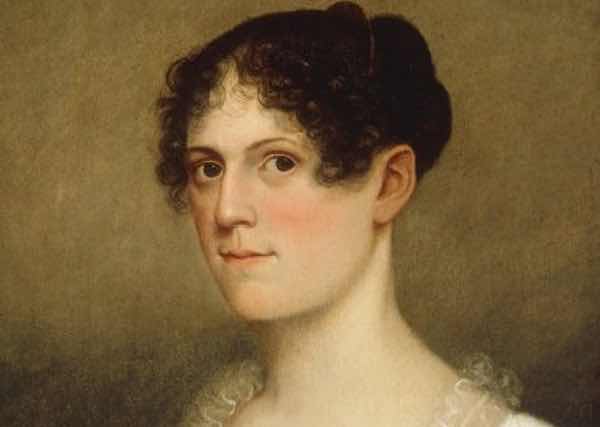 Alas, Theodosia was a New York City girl who hated plantation life with all the heat, humidity, mosquitoes, and such.  Then in December 1812, despairing over the recent loss of her only child, a 10-year-old boy, she was entertained in the Man home.  After attending a New Years Eve party, she boarded a schooner to set sail for New York City to visit family. The Patriot was lost at sea off the coast of North Carolina, either to a storm or to pirates.  Theodosia, 29 years old, was never found and thus has no grave.  Hence, she often wanders the night from the Man house down to the Georgetown docks, where an old brick warehouse still stands, presumably still hoping to make her way home to civilization in New York.
So are you still interested in a lovely old home?  It’s only $2,959,000.  A bit steep but remember — that includes eight original fireplaces and the ghost of Theodosia Burr Alston!
Posted by Cynthia at 12:57 PM