I don’t know how people in cities and those who can’t leave their homes are keeping their sanity through the pandemic.  I really can’t complain because we have had quiet and scenic and safe places to frequent nearly every day this spring.  Even the weather has cooperated with surprisingly cool, sunny spring days. 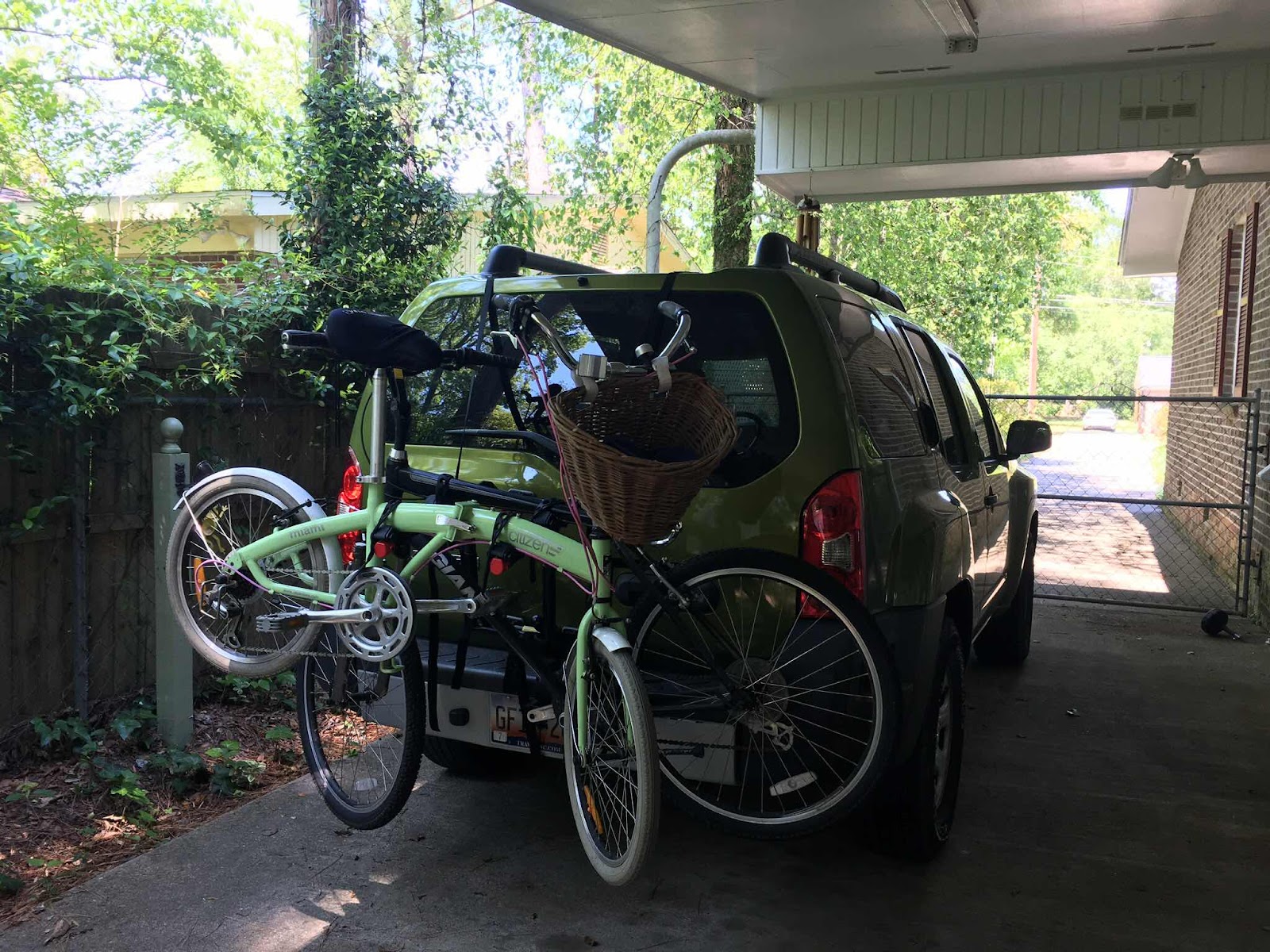 Remember Lulu my folding bike, named after my hiking/biking friend from childhood who died way too young?
Lulu has been getting a workout lately.
Last weekend we loaded up our bikes for a ride down on the harbor. 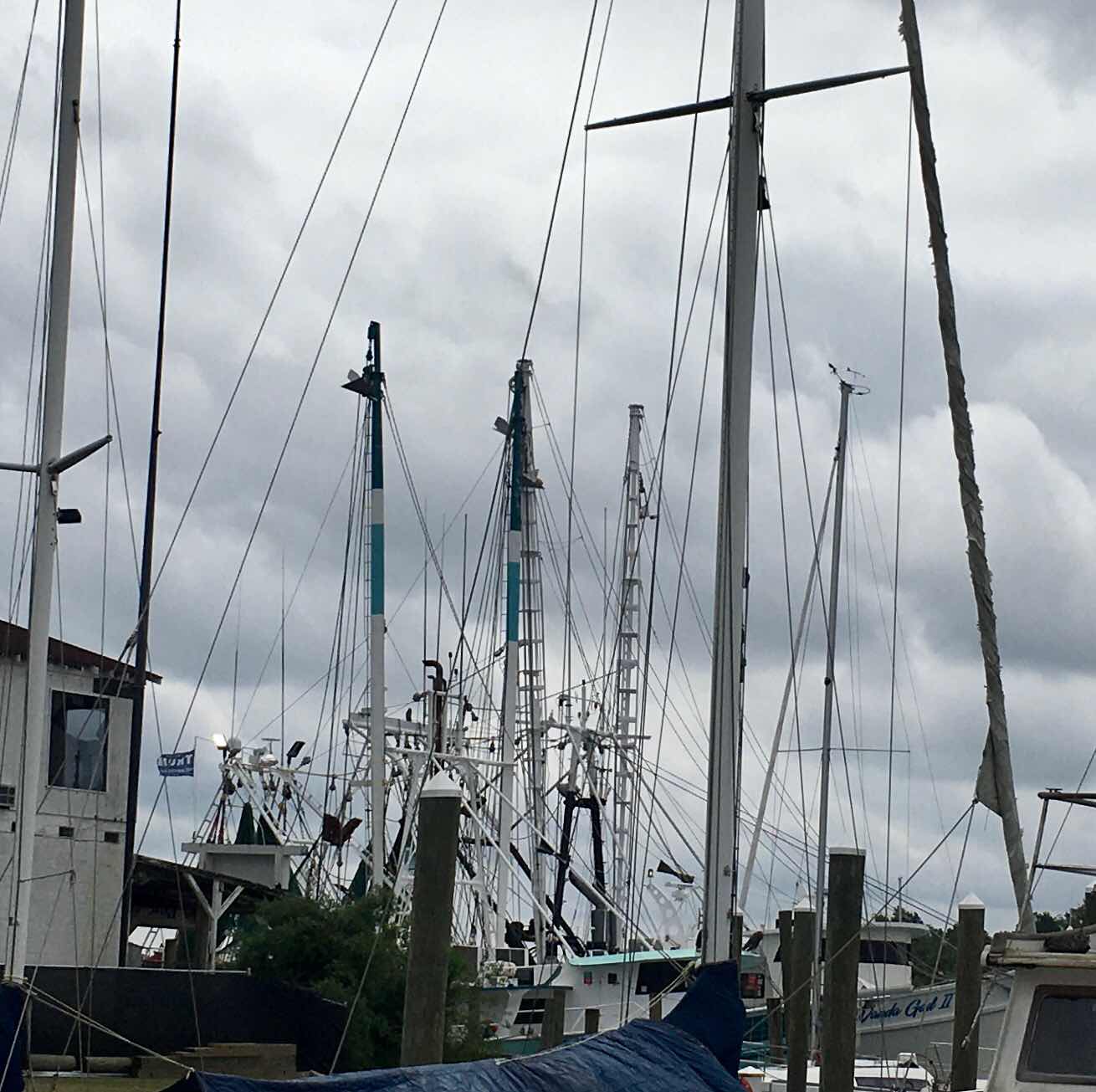 One of the marinas in town had some very large fishing boats present, much larger than the ones we usually see docked here.  The blue double-masted one is the biggest I’ve ever seen and would fish well out from the Gulf Stream.  There were some swanky yachts, too, that we don’t normally see.
We pedaled on to the public boat landing on East Bay, just reopened by the governor after being closed for a couple weeks because of the virus. 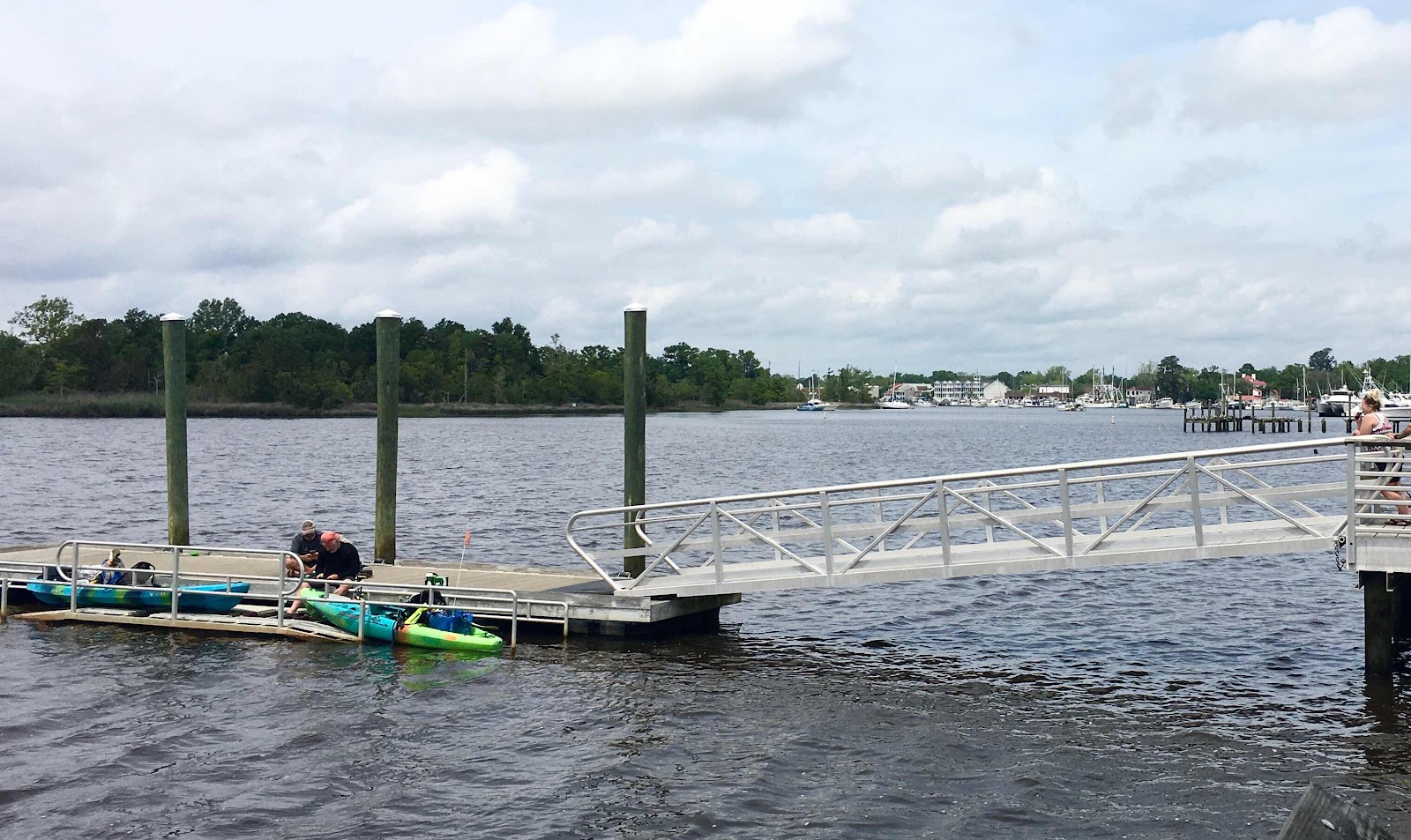 To the right you can see the town and the same fishing boat with the blue masts.  In the foreground are two men from North Carolina who have just paddled their small kayaks 140 miles to Georgetown on the Waccamaw River Trail. 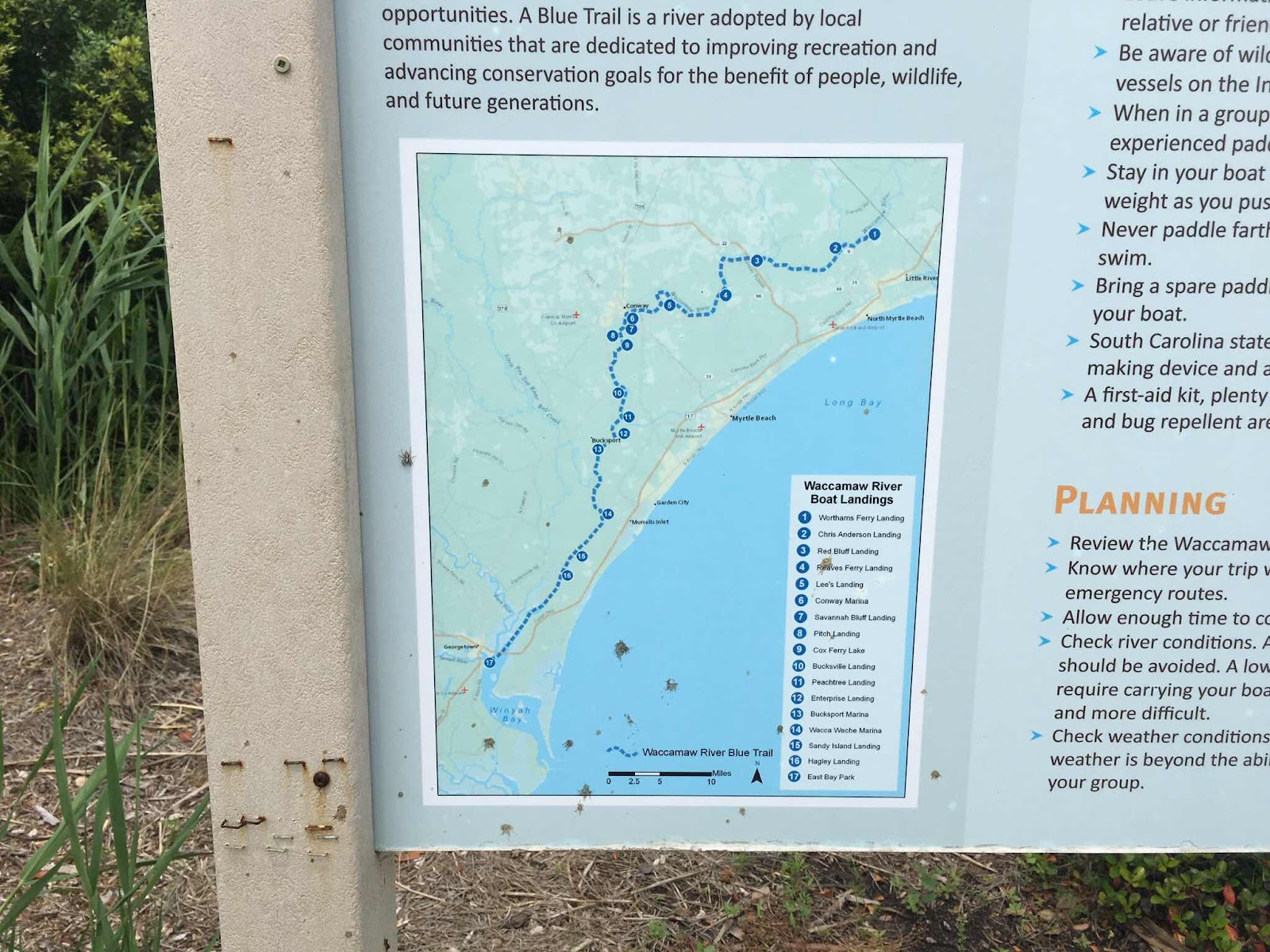 I wanted so much to talk to them about their trip, but there was a group of people fishing at the beginning of the ramp the kayaks were on and no way to get by them and maintain the proper distance.  Shortly after I took this picture both kayakers were on their backs, napping in the sun!
“The 140-mile Waccamaw River Blue Trail extends the entire length of the river in North and South Carolina. Beginning near Lake Waccamaw,  the river meanders through the Waccamaw River Heritage Preserve and Waccamaw National Wildlife Refuge before merging with the Intracoastal Waterway where it passes historic rice fields and ends at Winyah Bay near Georgetown. Its black waters, cypress swamps and tidal marshes are home to many rare species of plants and animals. The river is also steeped in history with Native American settlements, Civil War sites, rice and indigo plantations.”
We would love to do this trip someday!
The public boat landing has some pretty landscaping in bloom right now.  I’m not sure what either of these large bushes are. 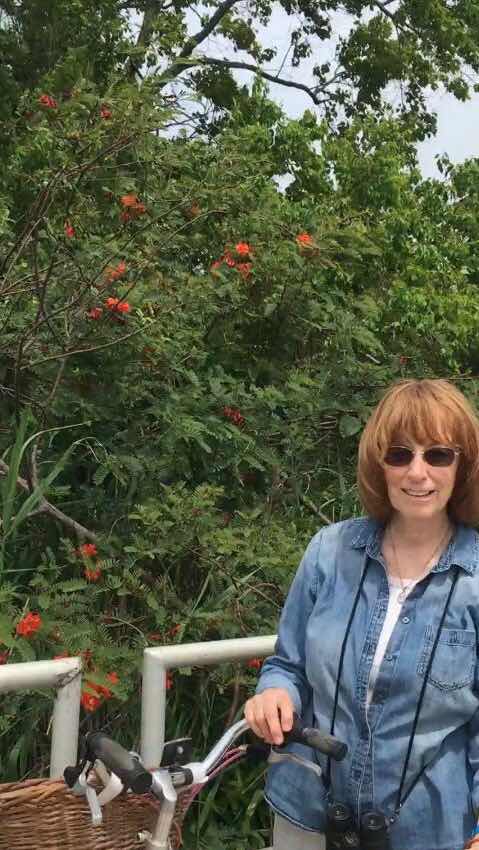 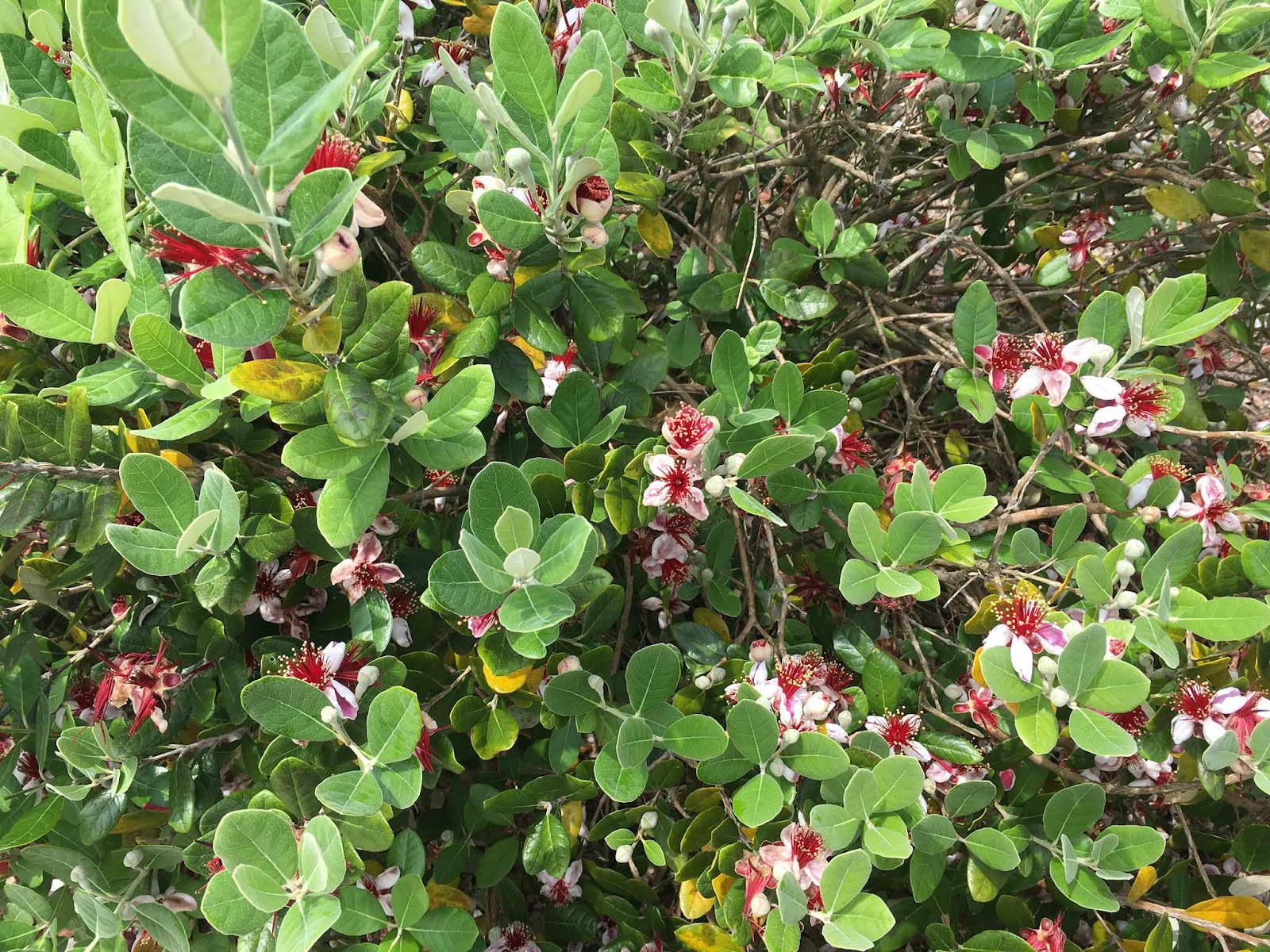 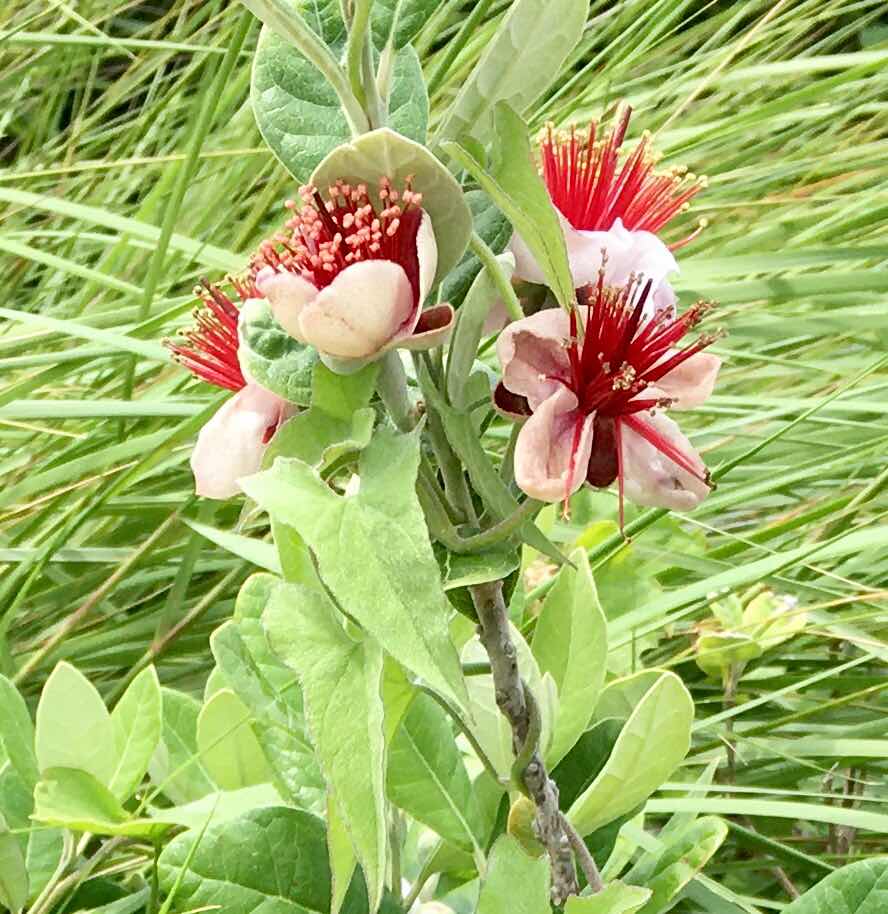 Last summer anti-littering groups got together and built creatures from the sea at landings throughout the county.  They invited children to help clean the litter from the area and fill the sculptures with trash they picked up.  The East Bay landing got a shrimp because so many shrimp boats are based here. 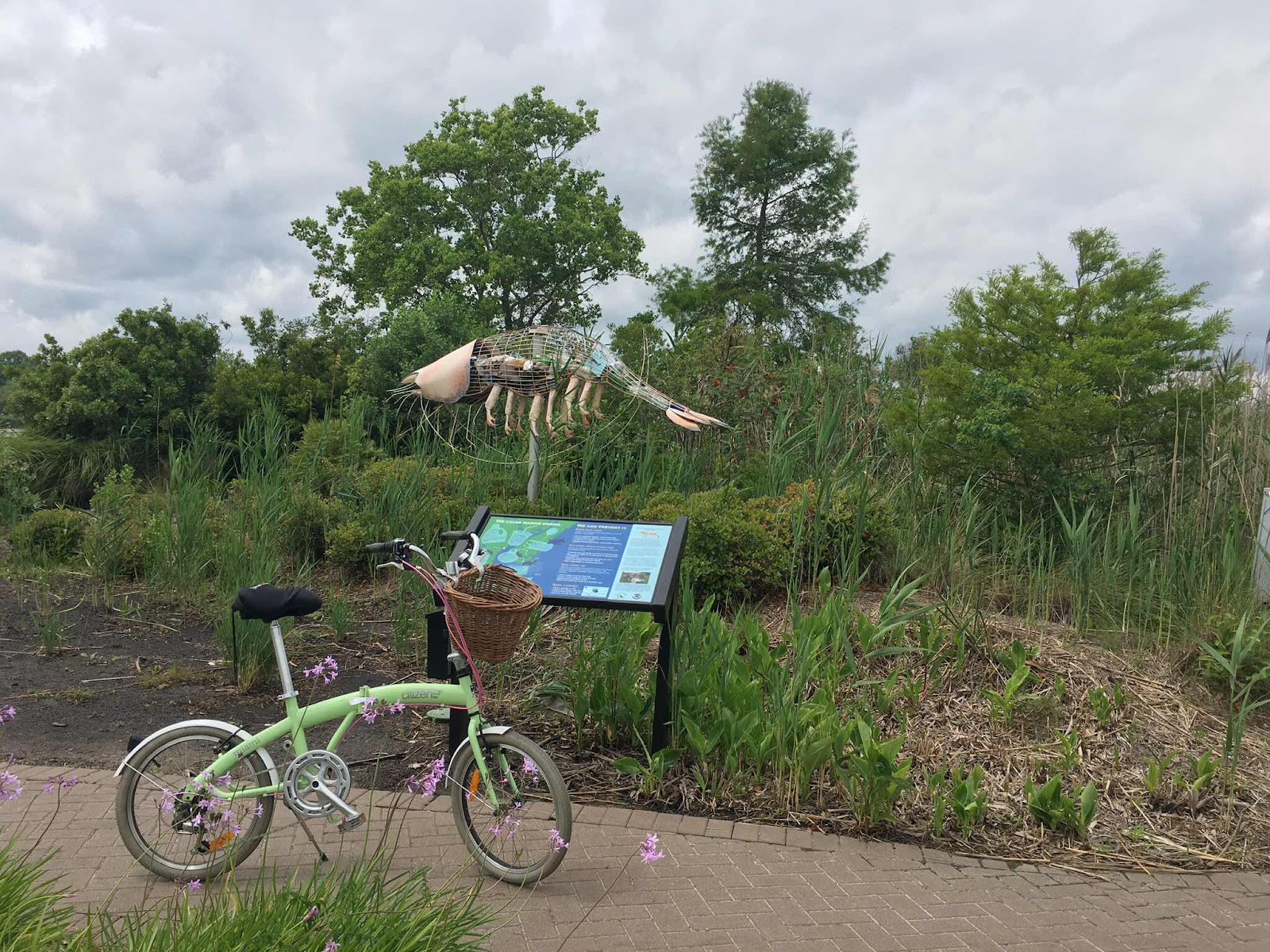 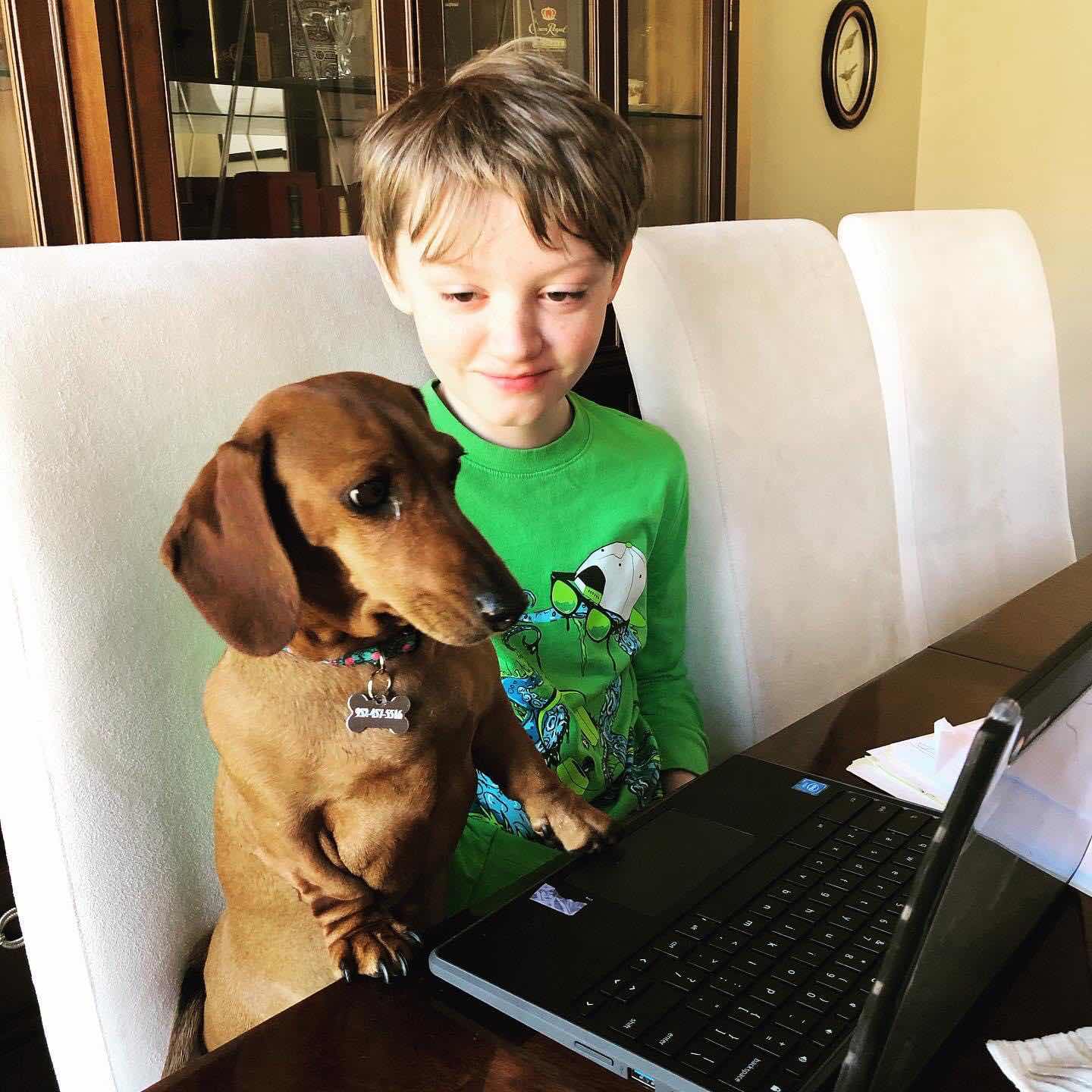 School-at-Home: Middle grandson Aiden and his dog Nettie
I hope you are keeping your spirits up, enjoying some new pursuits,
and staying in touch with friends and family.
Don’t forget ...