When I was a kid in the ‘50 and ‘60s, my family traveled for a couple weeks every summer to see another part of our big country.  After hours of rolling along through endless countryside of grain fields and distant farms, the appearance of a silhouette of a water tower on the horizon was exciting. Slowly the name of another small American town would materialize painted on its side. 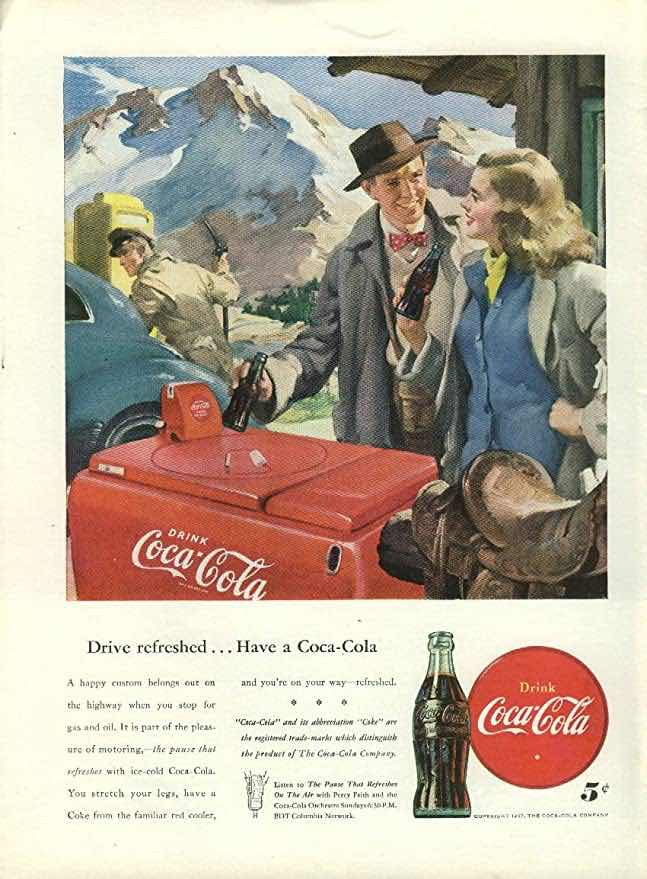 The next item of interest to appear would be a sign announcing the town’s population which someone would read out loud, suggesting the possibility of a stop for gas, maybe an ice cold pop to share with your sister, or a even a delicious bakery treat.
At the very least, it meant buildings and people to break up the monotony of the miles, an opportunity to ponder what life might be like living in this little town.
The small town we live in now has just such a water tower. It has looked old and rusty for years and we thought it was probably not even used to hold water anymore.  We liked it though, especially because of the fading words painted on one side: “Georgetown A Character City”. Georgetown does have its share of characters! 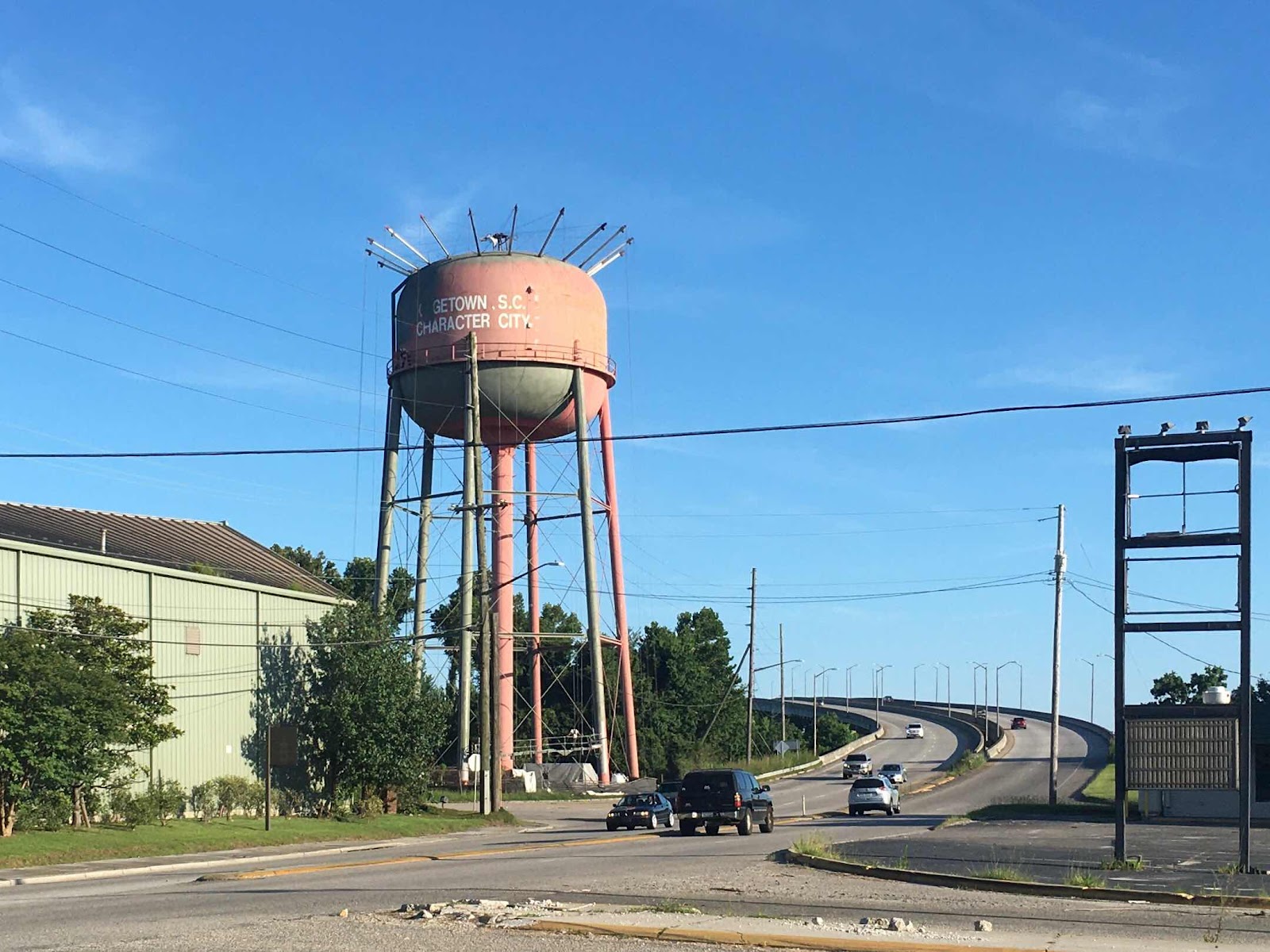 One day in July something started happening to the water tower.  Trucks appeared with lots of equipment and soon a busy crew surrounded the legs with scaffolding and plastic wrapping that hid all from view.  Machinery whined and whirred with metal-on-metal sounds inside the plastic. Rusty dust billowed.  Were they cutting it up to dismantle it or what?  And then ... 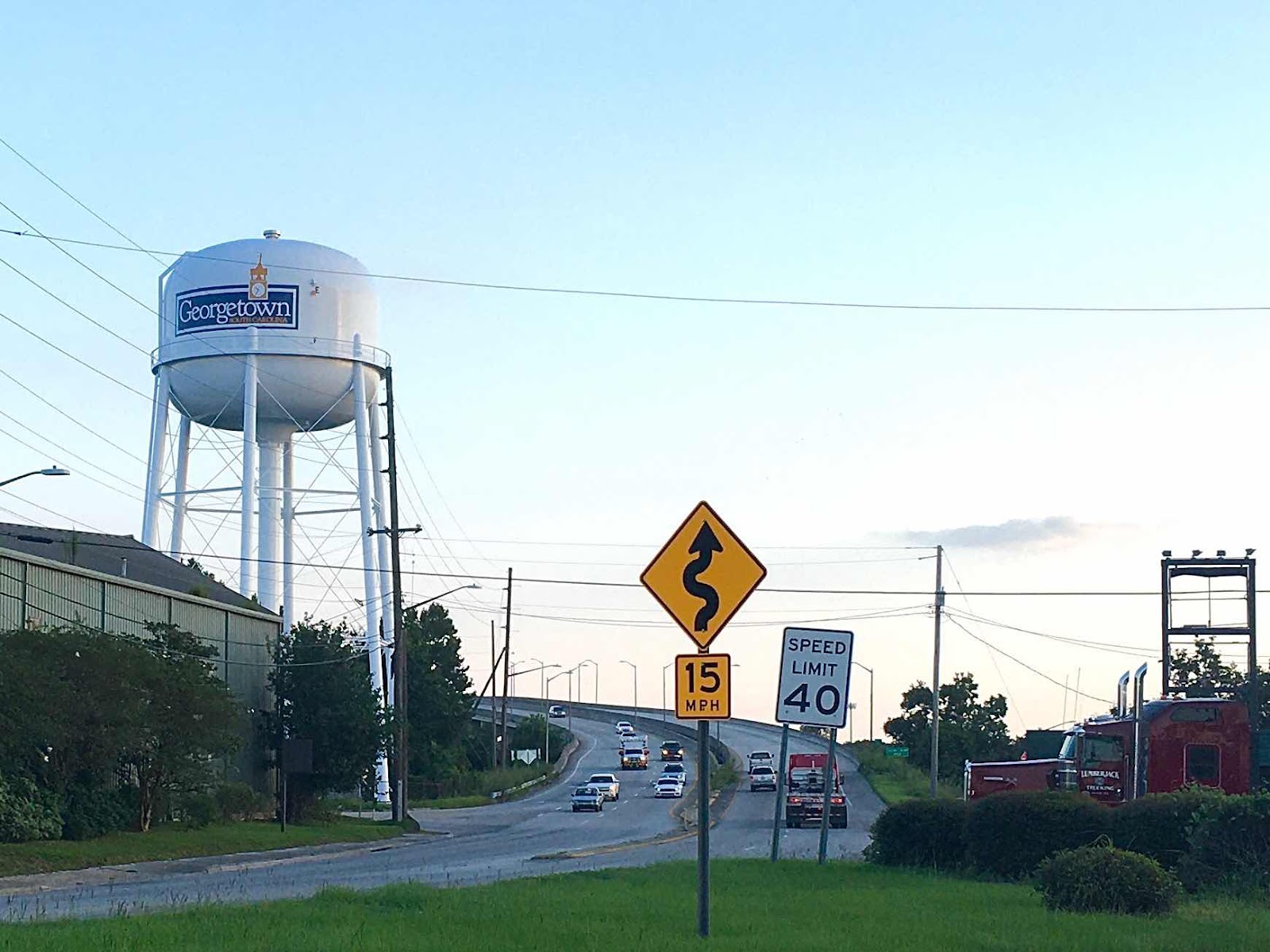 ...then one day they unwrapped it and revealed a whole new look!  Fancy new letters and a logo of the old town clock tower!
The real clock tower is on the waterfront and stands over an open air market, in use since 1788.  Behind it were the docks where rice, indigo, 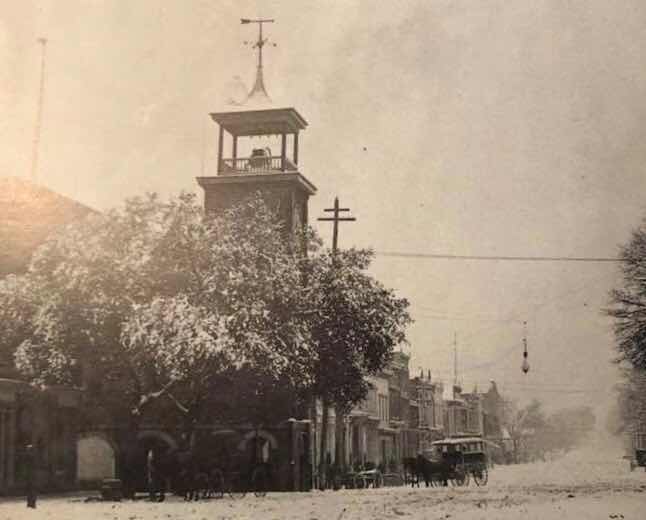 and cotton crops from the plantations were loaded onto ships.  Beneath the tower was the slave market where enslaved people were brought up from Charleston and sold to the planters for work on their plantations.
The pictured Old Market Building was built in 1842 and the clock tower was added in 1845.  The photo was taken in 1899.
In February of 1865, federal troops occupied the town and in this building Confederate officers signed surrender papers, handing Georgetown over to the Union army.
Today, the Old Market Building is part of our town’s rice museum. The same tree still grows on the left, and behind the building is a harbor with a few working shrimp boats, a lot of sailboats and yachts, and the Harbor Walk which connects several waterfront parks. 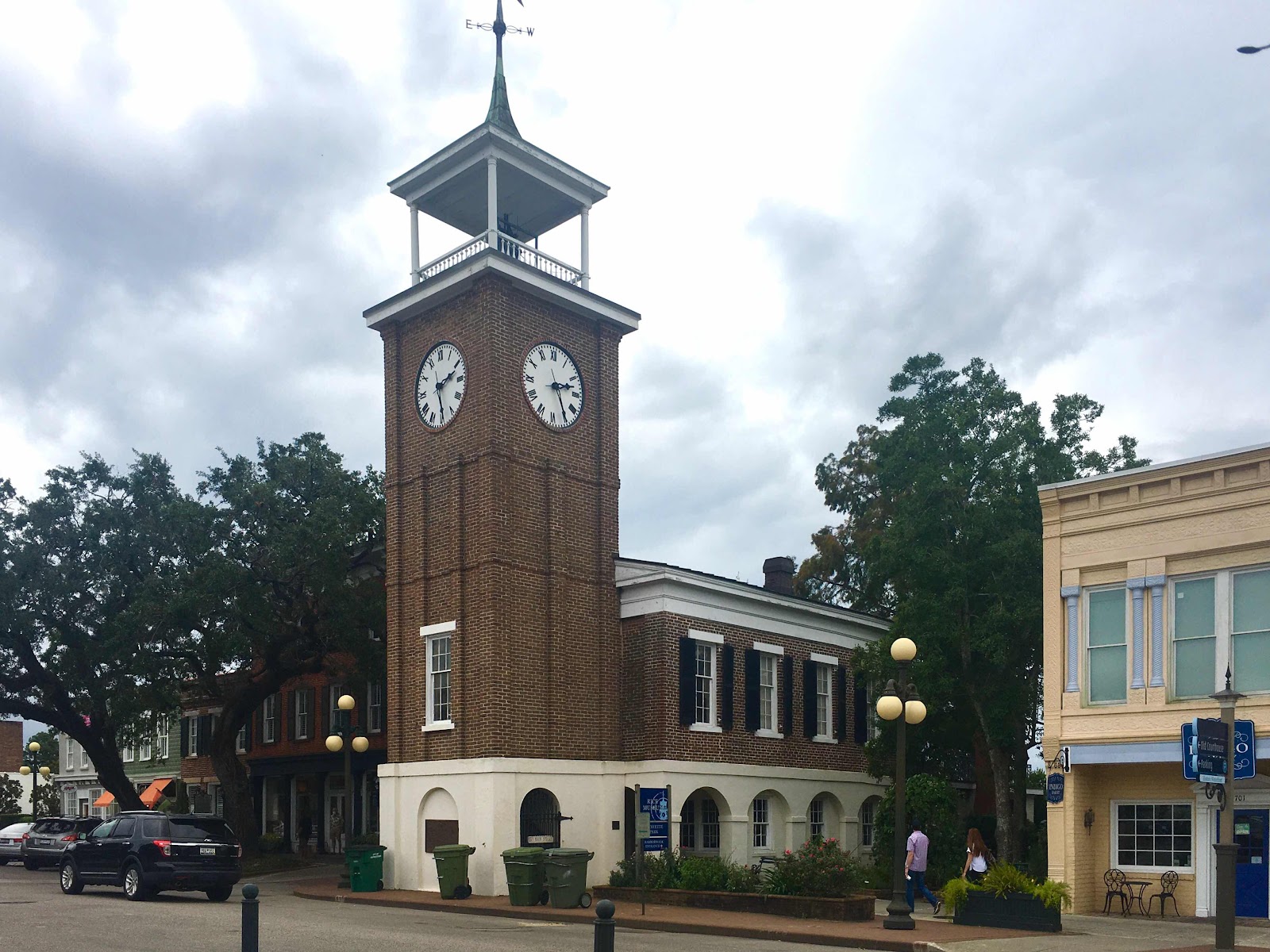