We often hike the trails of the Santee Coastal Reserve and one of our favorite trails is the one that leads down the traditional “Avenue of Oaks” to the ruins of Eldorado Plantation. 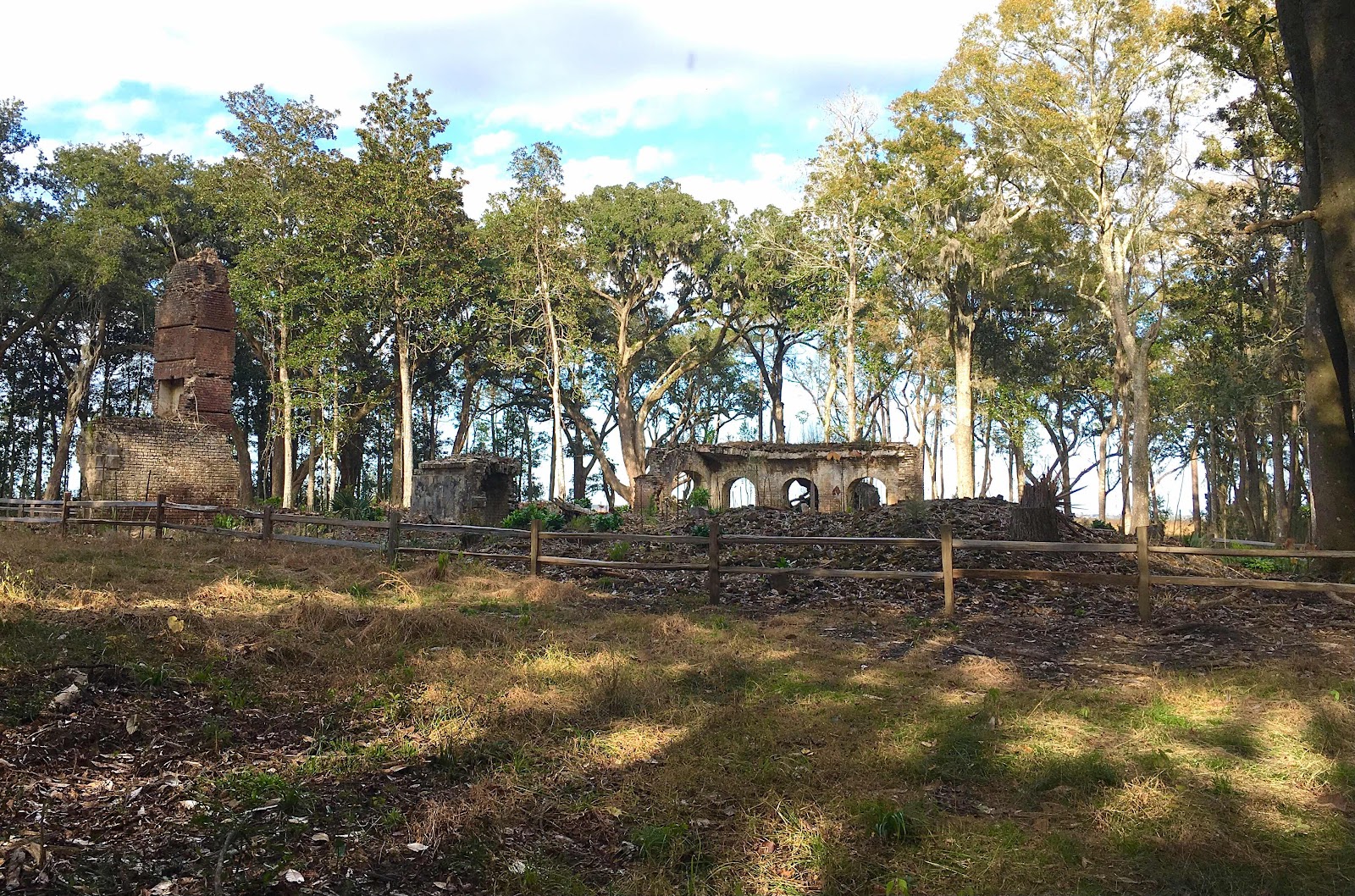 Deep in the woods, the ruins were nearly invisible for years and we walked by the site unaware that they were there. Last summer park personnel cleared the immediate area around the house, including the vista of abandoned golden rice fields along the South Santee River.
Thomas Pinckney, son of Eliza Pinckney (who introduced indigo cultivation to the colonies), and his mother-in-law, Revolutionary War heroine Rebecca Breton Motte (photo below), inherited the 500 acre plot and built a grand plantation home there in 1797. 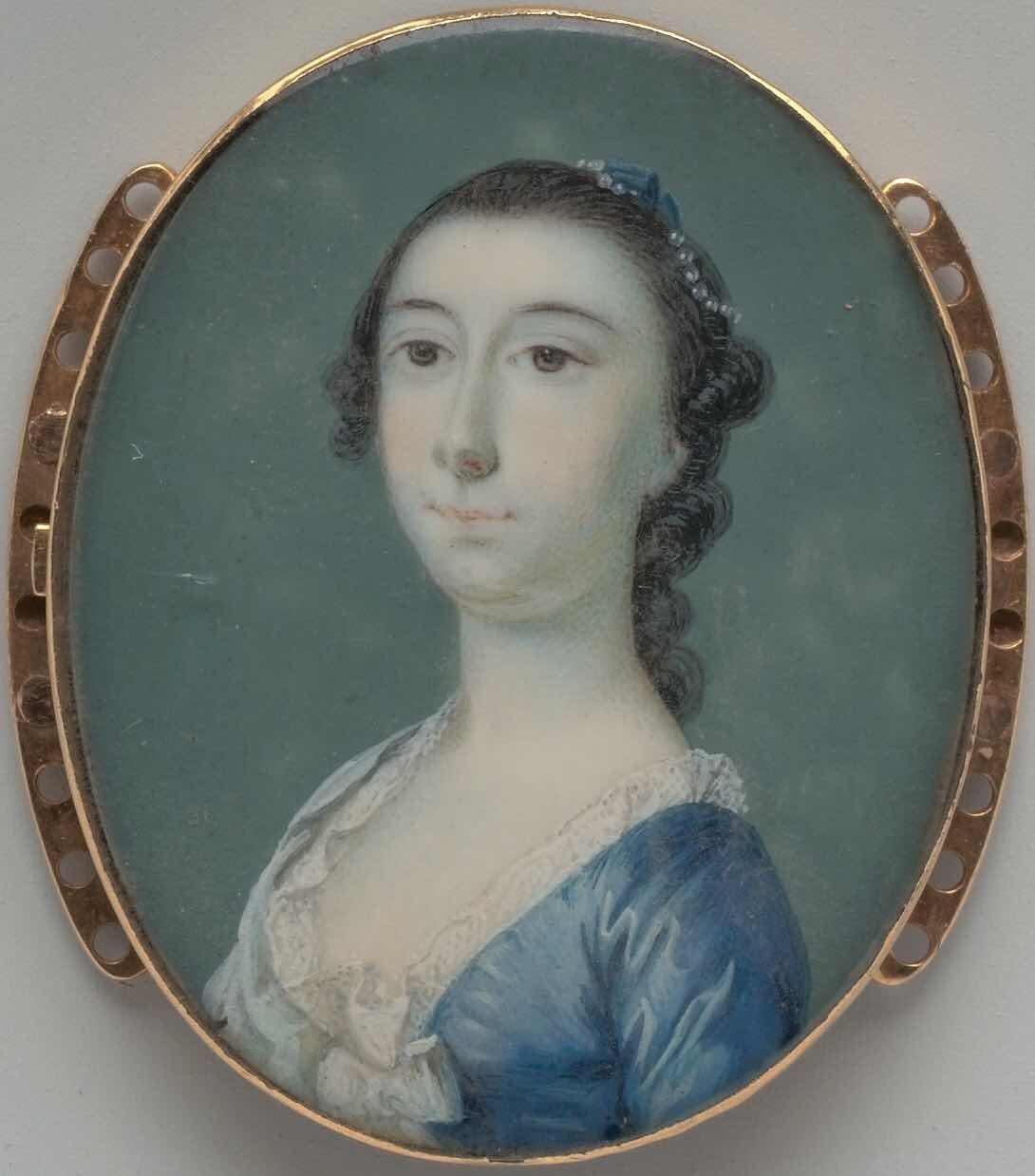 It was the home of Thomas and his wife Frances Motte Pinckney and owned by his descendants for over 150 years.

“… situated on a sandy knoll, jutting out into the rice-fields, embowered by live-oaks with their outstretched arms and lofty magnolias with their glittering foliage,” “the spacious mansion, which he (Pinckney) planned and built with his own carpenters, is very suggestive of a French chateau, with its wide corridors, its lofty ceilings, and its peaked roof of glazed tiles.”  (Source unknown) 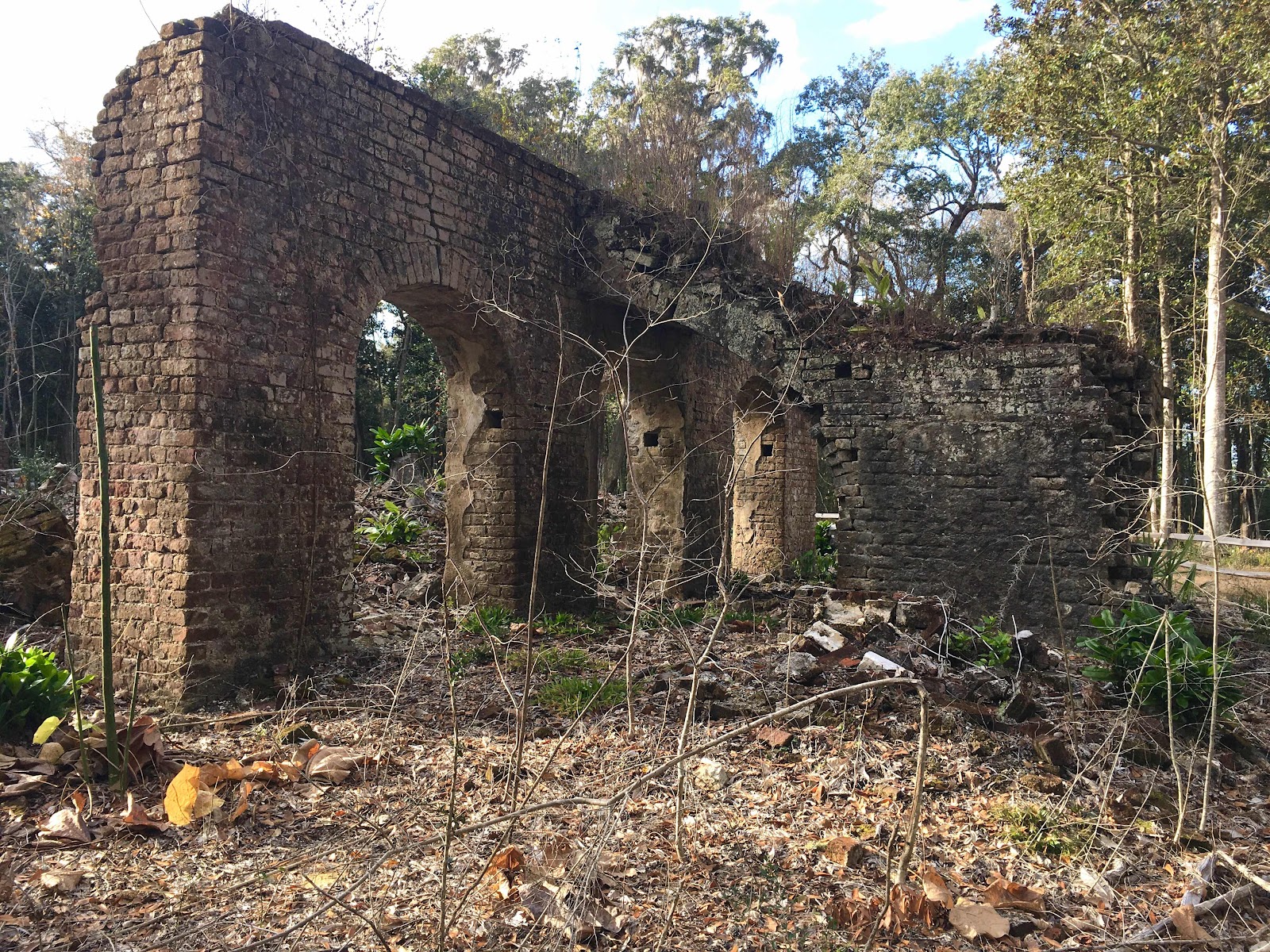 The Pinckneys called their home El Dorado, “The Golden One”, for the buttercups (or according to another story, Golden pitcher plants) that formed a carpet of yellow around it in the spring.
For many years El Dorado was another successful South Carolina rice plantation with 90 enslaved African field workers and house servants. Rice made South Carolina the wealthiest state in the country in the first half of the 19th century and in 1819 President James Monroe was a guest here at the Pinckney home.
In 1863 a Union gunboat traveled up the river during the War Between the States and shelled the house, knocking out one of the brick arches underneath. 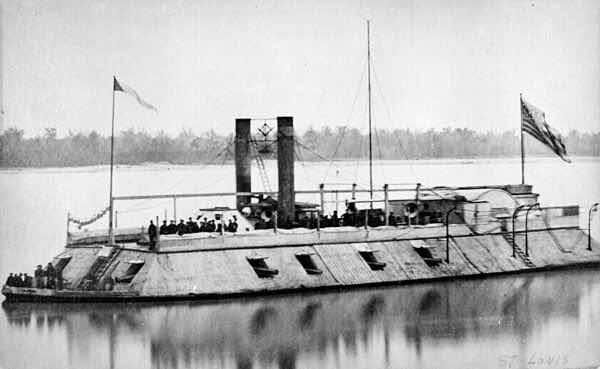 The family’s rice mills were torched by the Yankees but the home itself was spared destruction by the timely arrival of the Confederate Cavalry.
After the war, the property remained in the the Pinckney family but when the enslaved workers were freed, the grand lifestyle of a rice plantation was over forever.
(Photo of river gunboat from Wikipedia) 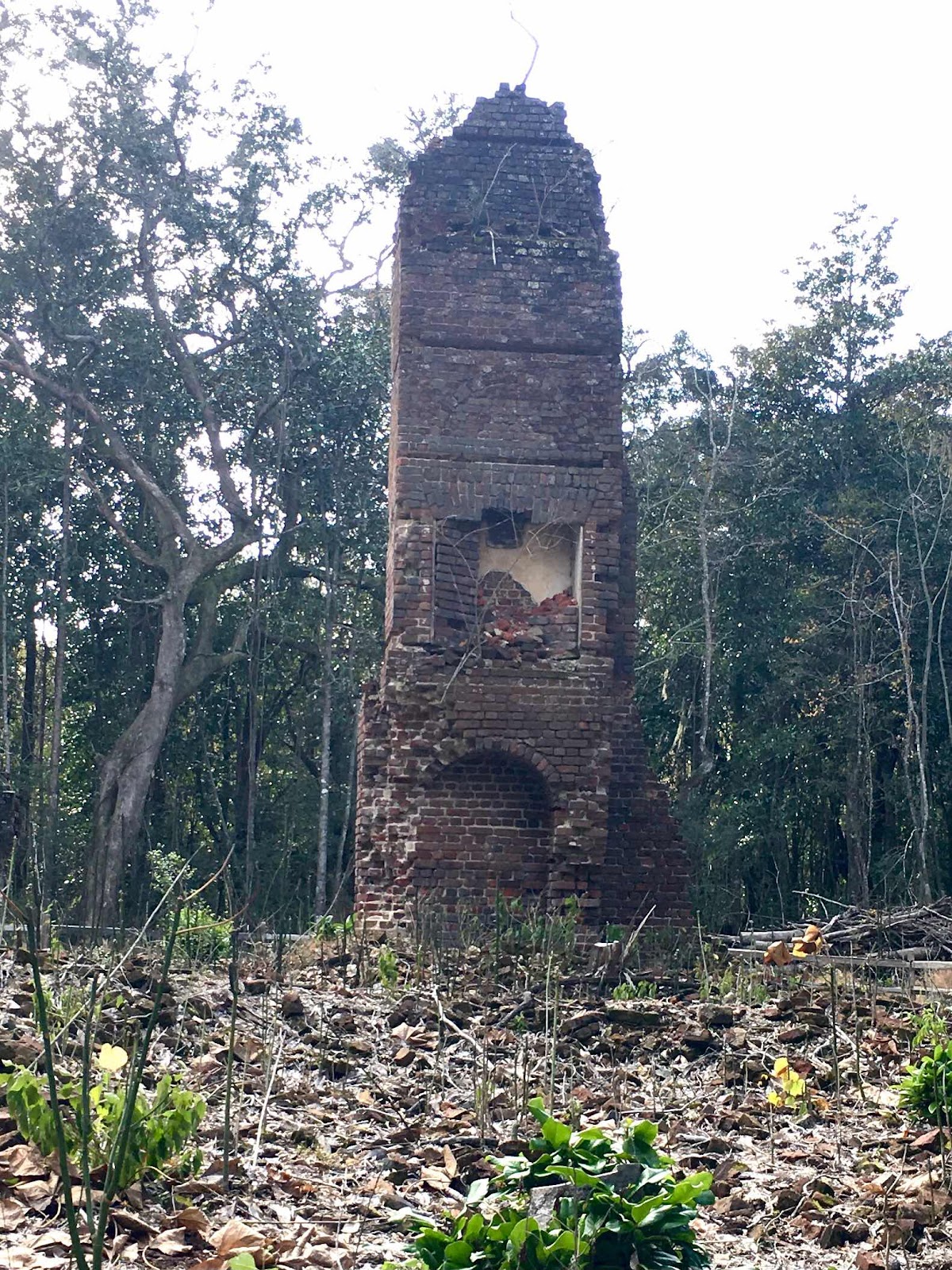 On May 10, 1897, fire broke out in the chimney of the house.
The chimney had apparently been damaged in the earthquake of 1886 and someone built a fire, not realizing that it had cracked. They were unable to control the fire and the house burned to the ground. 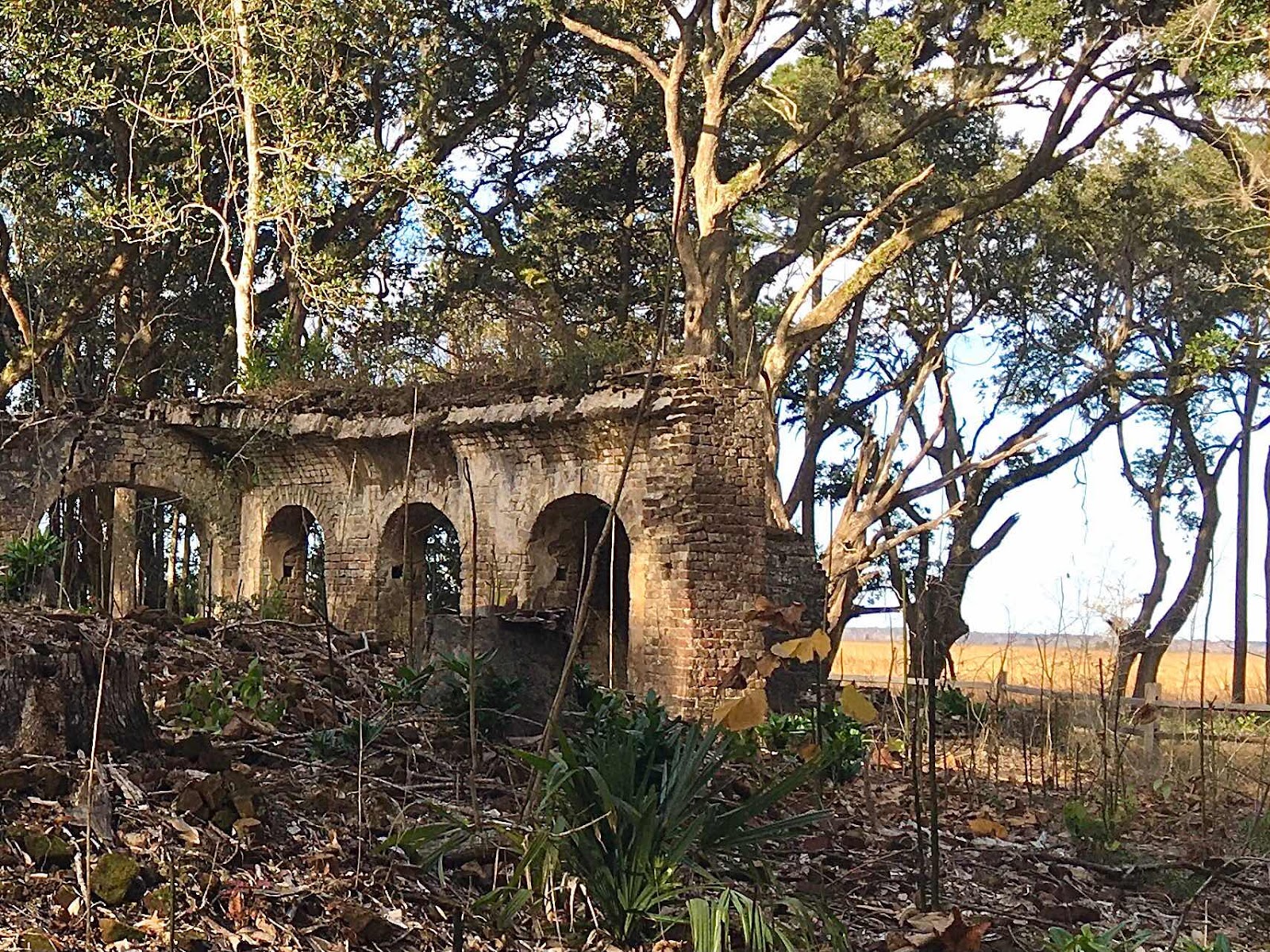 In the late 1950s the property was purchased by the Santee Gun Club, the ruins of El Dorado settled under hundreds-of-years-old oaks, giant magnolias, and dense tangles of vines and undergrowth. 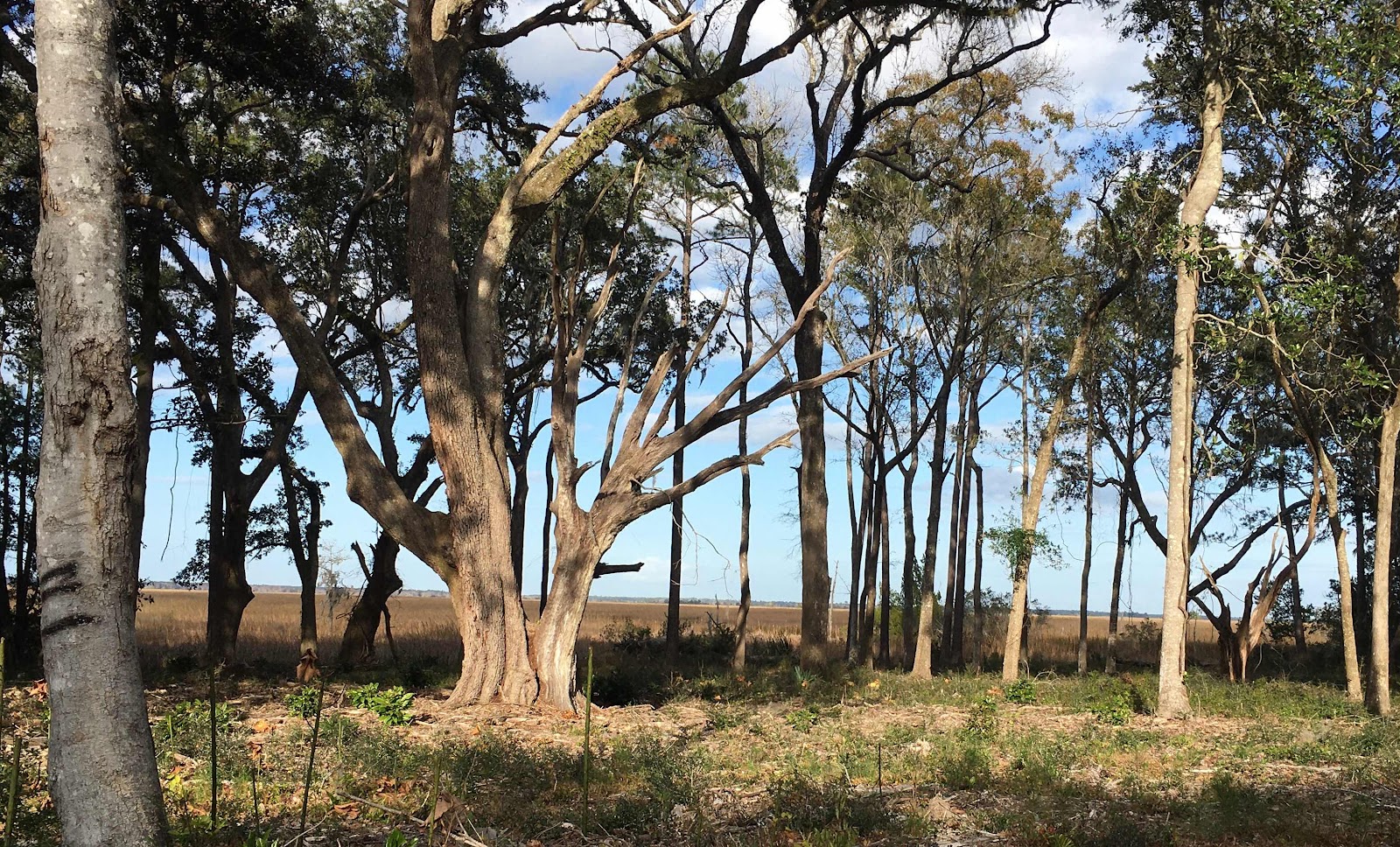 It’s an eerie sight now to round a bend of the trail and see the remaining chimney standing tall over the rubble, to pause and imagine the grand house, the busy plantation bustling with workers, two rice mills, a whole village of slave houses, gardens, and animals, all overlooking the rice fields as far in any direction as one can see.
Posted by Cynthia at 12:53 PM