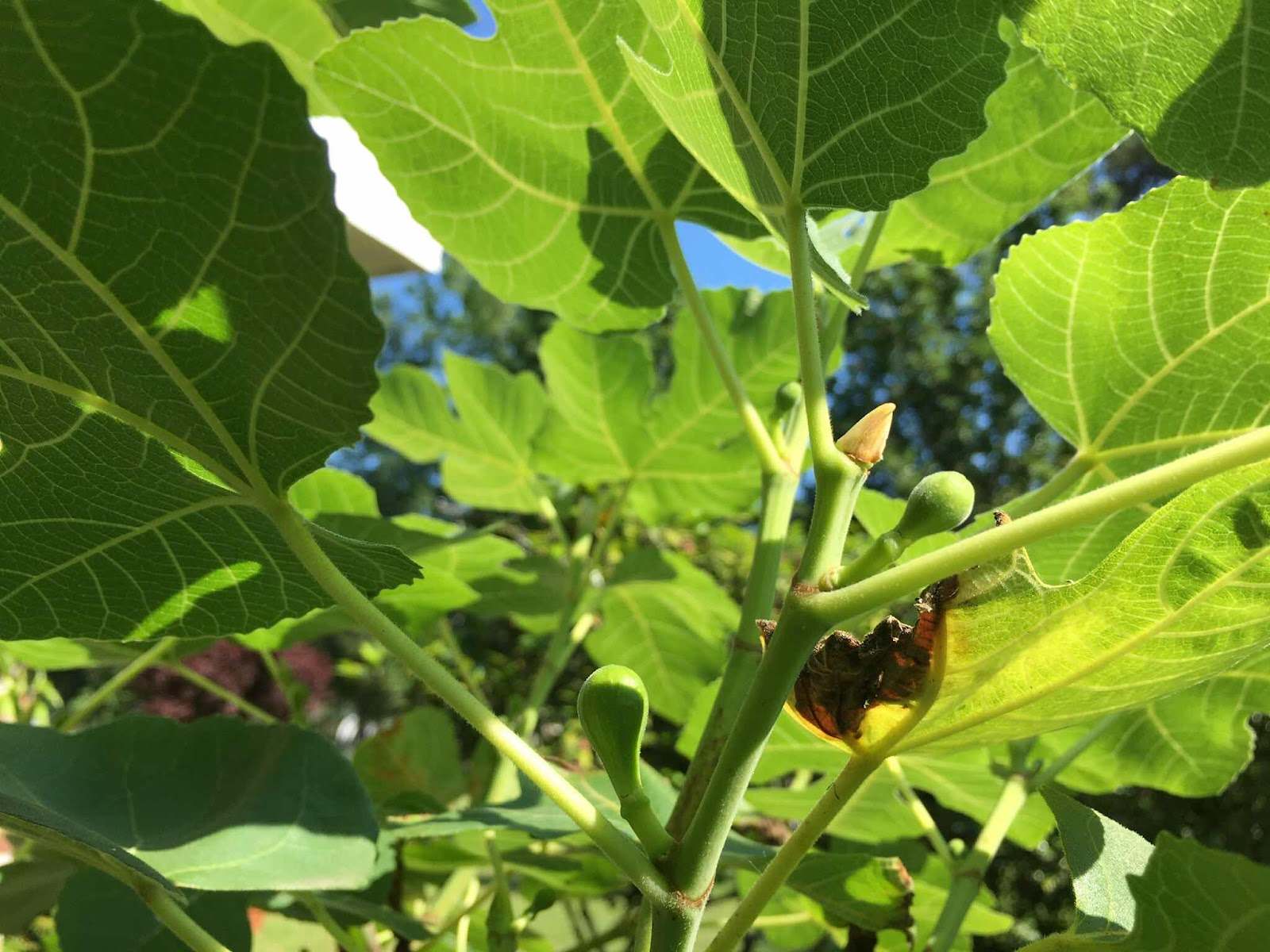 When I moved to the South one thing I really wanted to grow was figs. I love fresh figs so much and you can’t buy them fresh in stores, only dried.
And a dried fig is nothing like a fresh fig at all.
We have had this fig tree for four years now and gotten a little fruit, but this year we are going to have a bunch.
The yellow triangle by the top fig is a blossom and they don’t open any more than that. Not very showy, are they? And how do they get pollinated?  I don’t know! 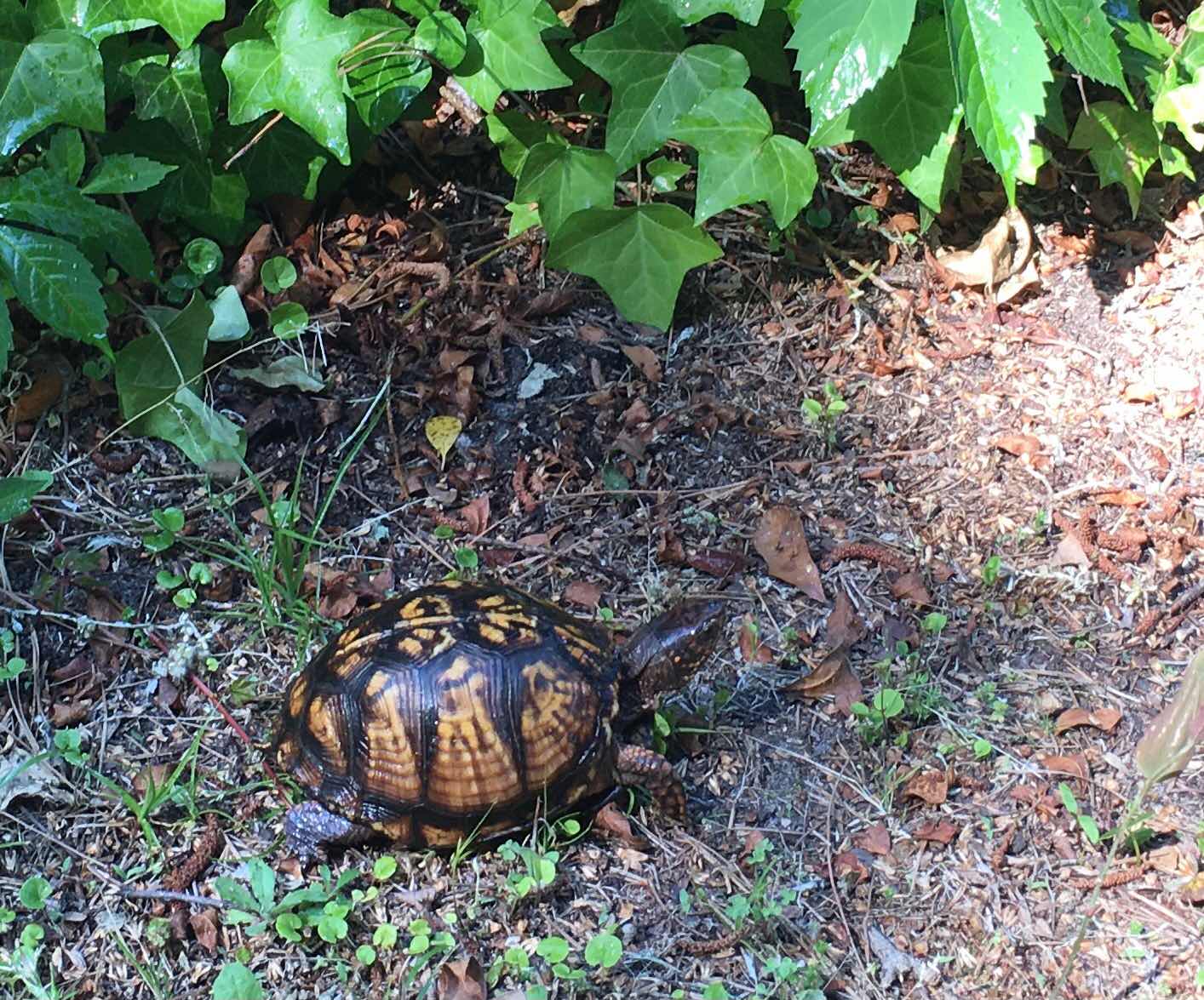 The Writer turned the sprinklers on the front lawn and look who came hustling out of the azalea bushes to see if it was raining.
It’s Yertle, our resident Eastern box turtle.
Did you know that Eastern box turtles can live a hundred years and once a female has mated, she’s good for four years of egg-laying? 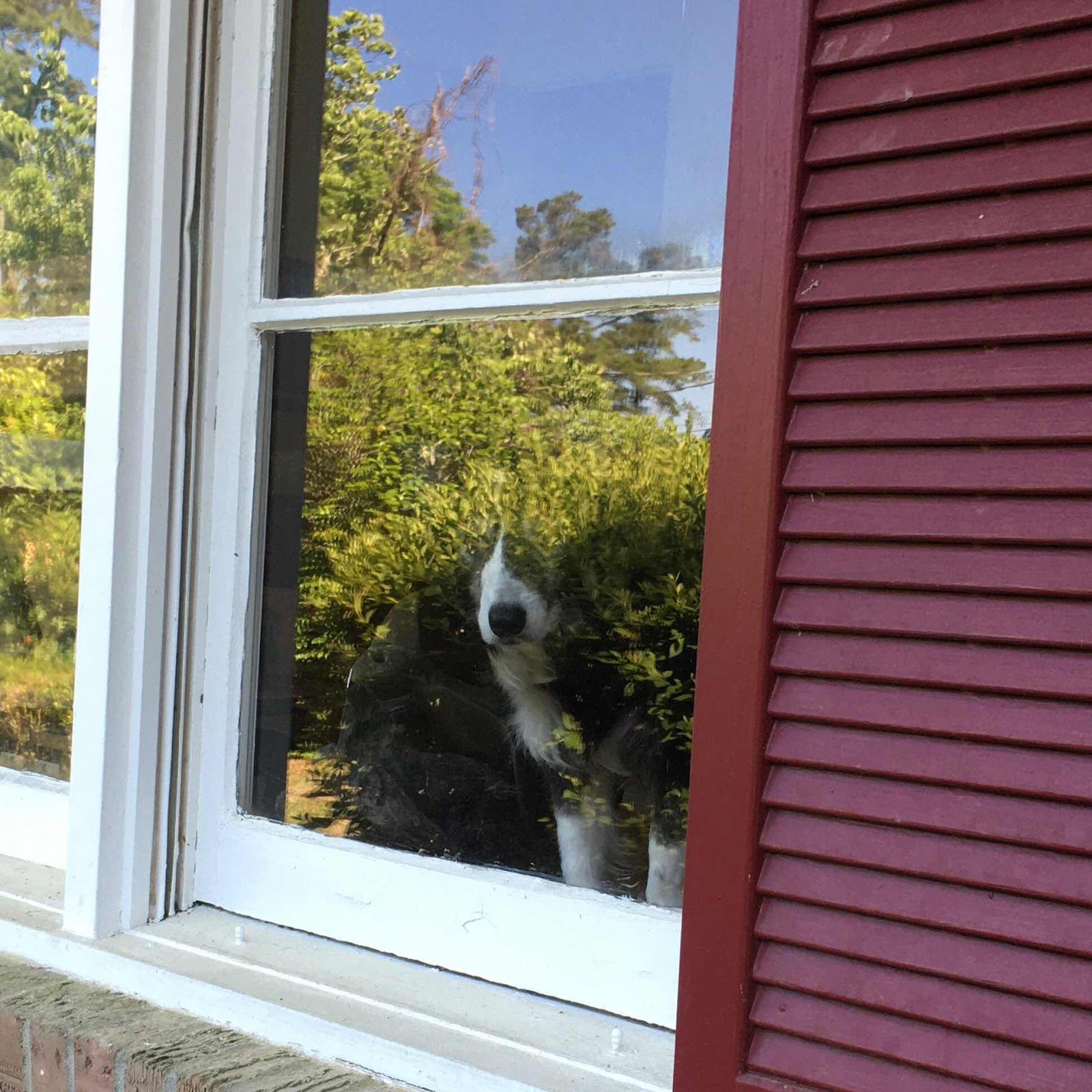 Bob was inside and curious about what we were standing around looking at.
We have moved further agrarian pursuits to the front yard after many failures at raising a garden in the backyard.  I think we are finally going to have a tomato success story this year. 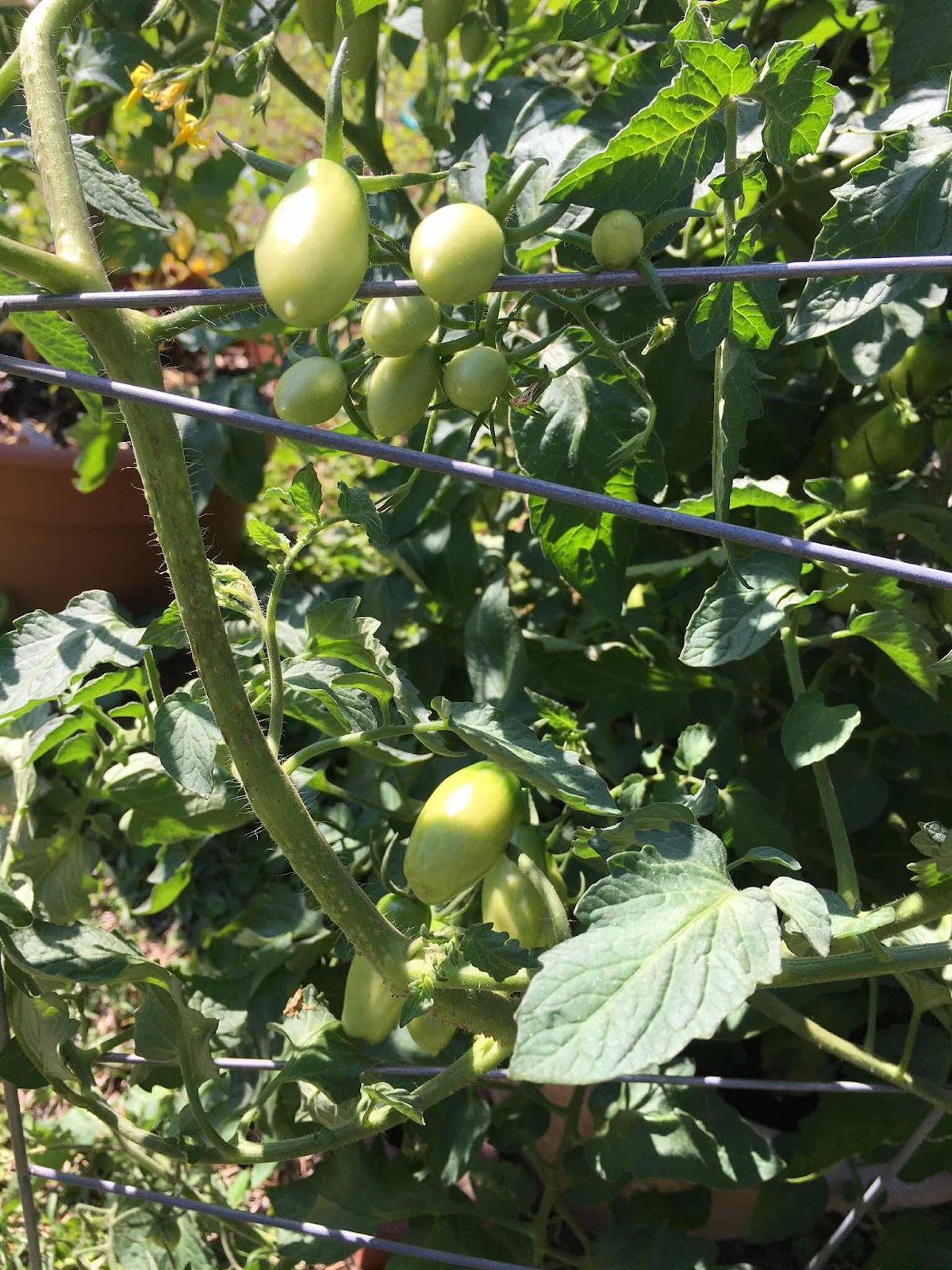 The cool spring we have had, along with 12 hours of direct sun a day, have inspired these two “patio tomatoes” in pots to shoot up to 4 1/2 feet tall and produce dozens of green tomatoes! 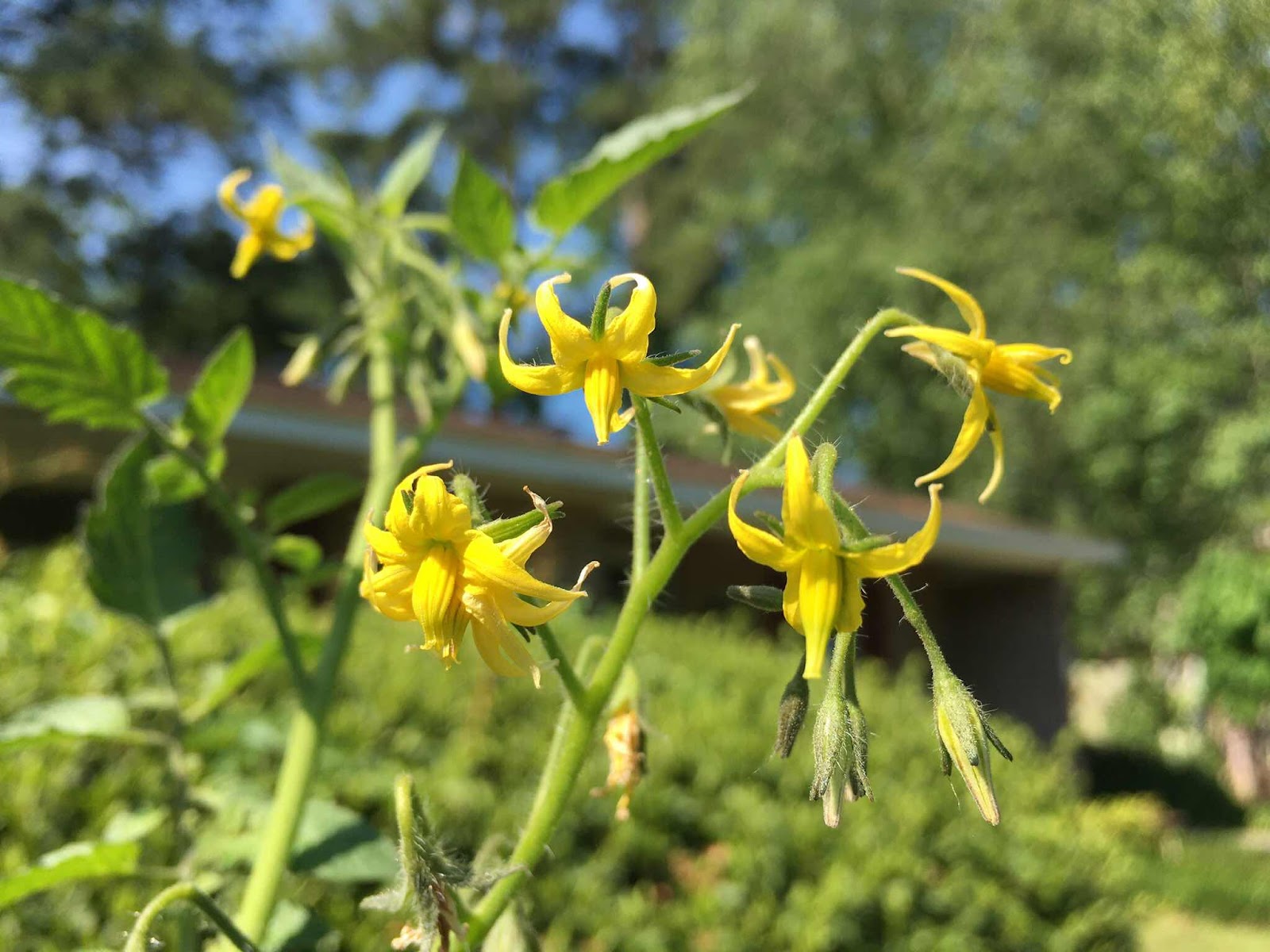 And don’t you just love tomato blossoms? They’re so fancy and frilly when you look close. 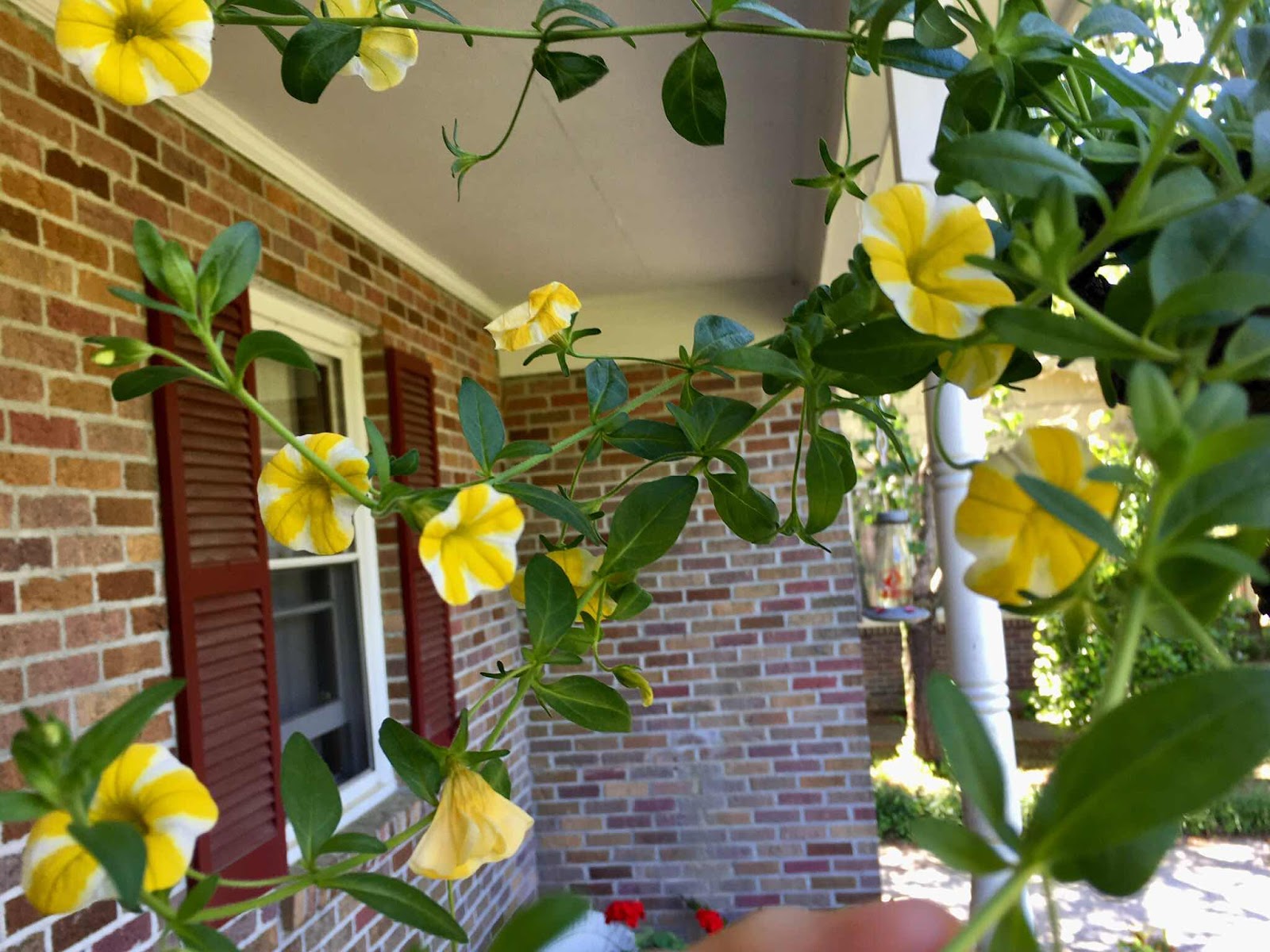 And one final yellow flower photo: the hanging basket on the front porch. It seems like every year they come out with a fresh take on the plain, old-fashioned petunia and this one appeared simultaneously at every place in town that sells plants.  Never seen them before and I like the stripes a lot.
Posted by Cynthia at 11:42 AM