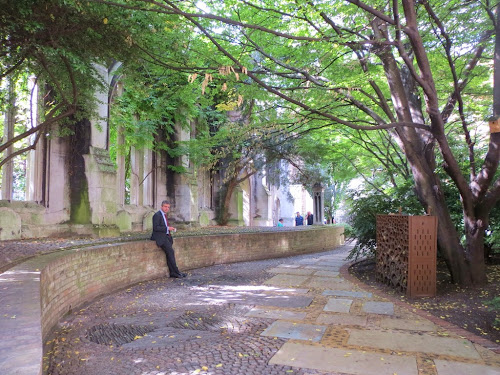 My 8X great grandfather and his family lived in Stepney, East London, in the area of St Dunstan-in-the-East Church for a period of time in the early 1600s and likely worshipped there. The church is mostly gone now but it remains as a tiny park in the midst of the church ruins, in the midst of the city. 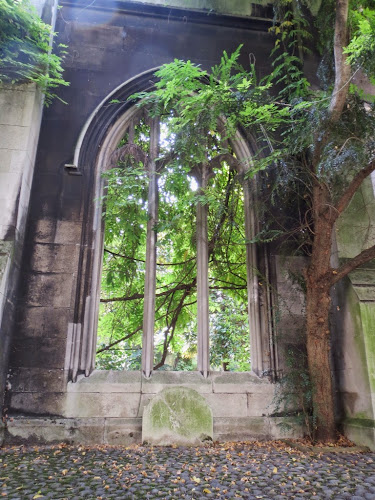 There is such a feeling of peace, with trees and vines growing around and out of the foundations, graves, and old walls, such profound quiet in the midst of modern London. 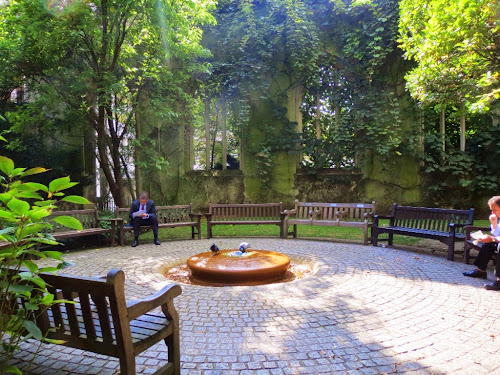 Where once the congregation sat on pews in the knave, businessmen from nearby offices eat their lunches. Only an occasional siren brings you back to the fact that you are in the middle of bustling London. 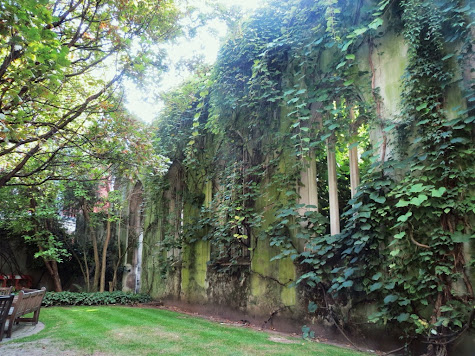 I joined them for awhile, perhaps with my feet resting on the footprints of a long-ago family member, looking up at the windows which he or she might have gazed at, now filled with the lush greenery of nature reclaiming what man built. 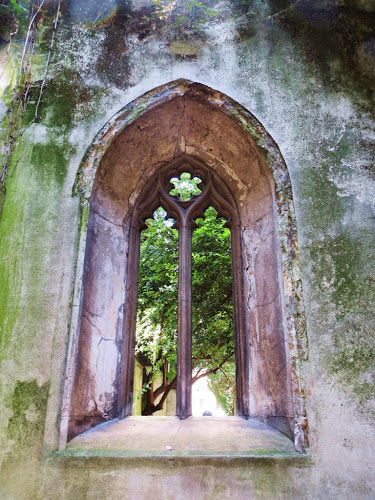 The site of St Dunstan's has probably been a church since Saxon times. A church built in the 14th century was nearly destroyed by the Great Fire in 1666. It was patched up and a tower designed by Christopher Wren was completed in 1701. Only the Wren tower and steeple survived the German bombs in The Blitz of 1941. After a decision not to rebuild, the park was opened in 1971. 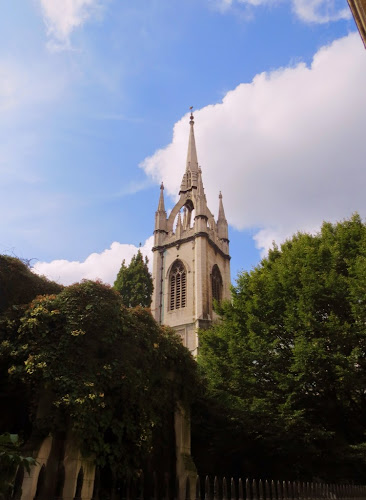 Posted with Blogsy
Posted by Cynthia at 5:46 AM