The "real" Women's March yesterday was in Washington, DC, where planners planned for 2 million and 4.5 million showed up.  But all over the nation, and even around the world, people came together in numbers that surprised everyone to walk together and stand together against injustice and a President with a frightening agenda. 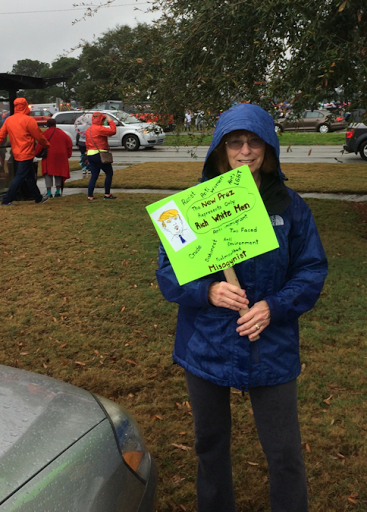 In Charleston, SC, we feared the rain would keep people home.
We were stunned when, for over an hour, a steady stream of marchers came out of the fog and rain from two directions to join those already gathered in the park.
We watched the 200 originally expected grow
to "well over" 2000 --
women and men, young and old, babies and children, black, white and brown, Muslim, Christian,
atheist (their signs said so), Native Americans, LGBT, immigrants. 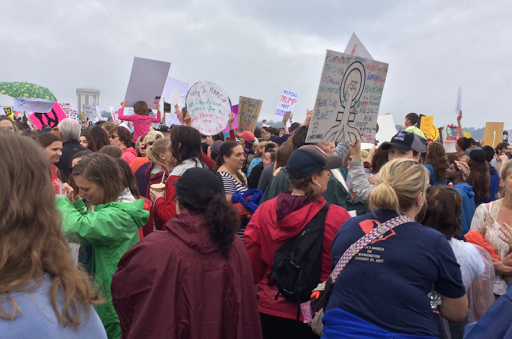 The theme was "unity, activism, and empowerment" and boy, we needed a dose of hope in the hours following Trump's inauguration and his immediate actions to undermine social security, cripple protection of the environment, increase the cost of affordable housing for the poor, and destroy the Affordable Care Act.
Some of the diverse issues represented ... 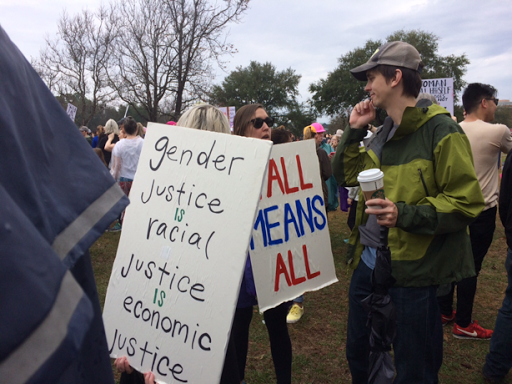 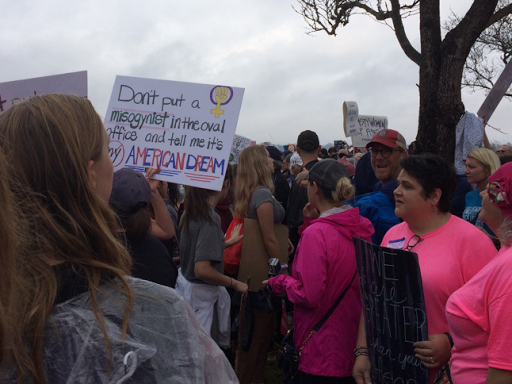 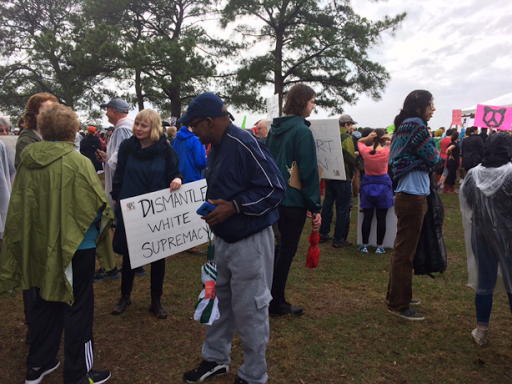 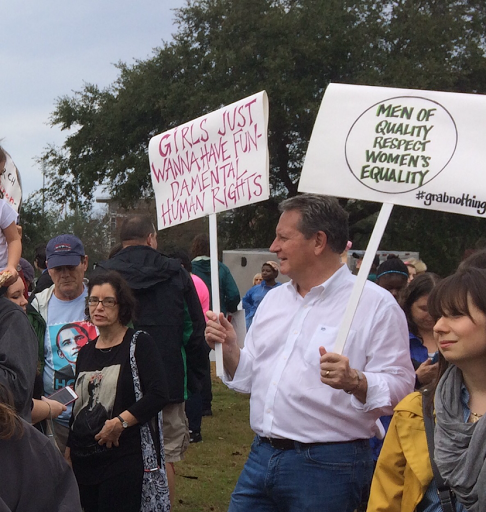 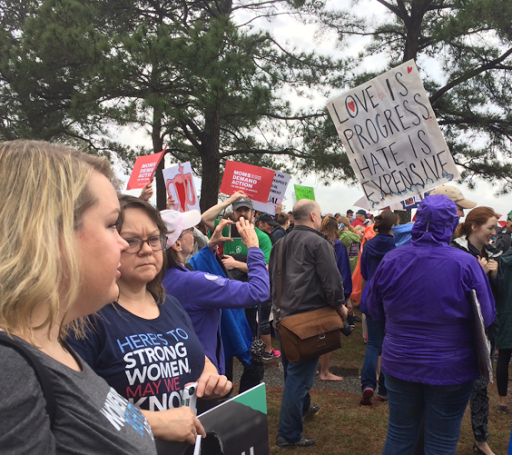 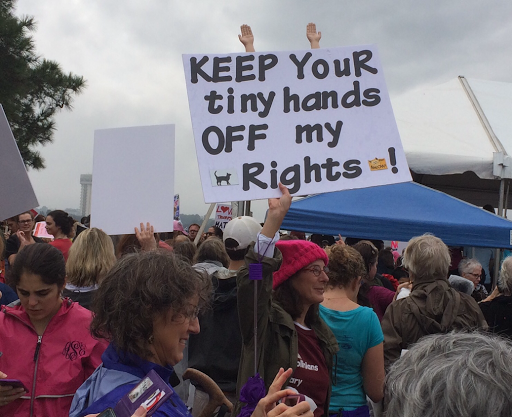 It was good to be part of the comaraderie, hope, and anger for a few hours.
It was uplifting to see a generation of young men supporting the rights of women, to see people who cared enough to give up their Saturday and stand in the rain. 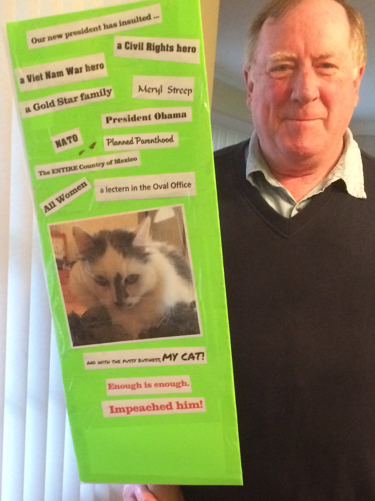 When the march was over and all had left the park, we were still in the parking lot eating the lunch we had brought. The roadsides of South Carolina are a cesspool of litter but in the park just vacated by over 2000 people who had stood in the rain -- at lunch time -- for hours, there was not ONE plastic water bottle, not one scrap of litter in the grass.  Not one.
I'm not sure what that says but it was, for me, the brightest spot in a rainy day.
Posted by Cynthia at 6:17 AM