The Waccamaw River, one of five rivers that flow into Georgetown's Winyah Bay, begins in the swamps of North Carolina.  The old river city of Conway, SC has a walk that follows the banks through pretty scenery and some of the river's history, 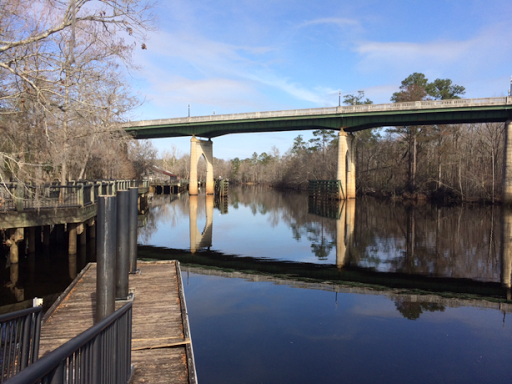 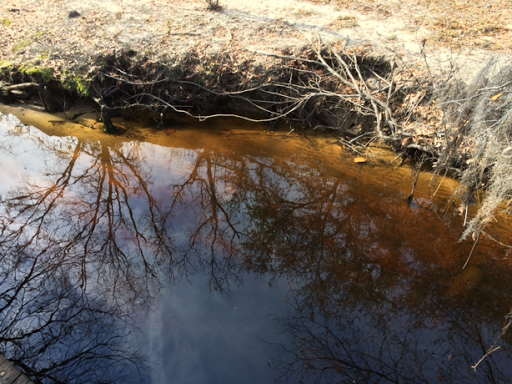 The "black" color of the water, really a rich brown, doesn't mean the water is dirty.  It is stained by the tannin from the trees in the swamps it flows through.
Before reliable roads were built, the Waccamaw, along with four other rivers, provided the only transportation for people and goods for the county.  The government built a steamboat works on the river to build the boats which had their paddle wheels on the sides rather than the rear to navigate the bends in the river. 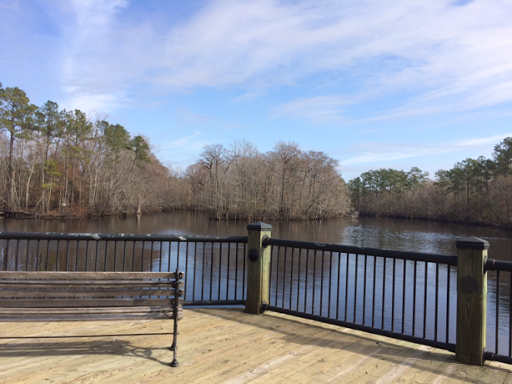 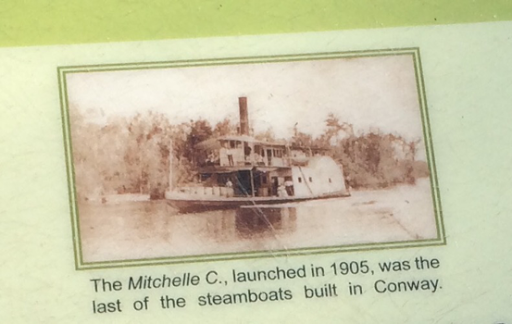 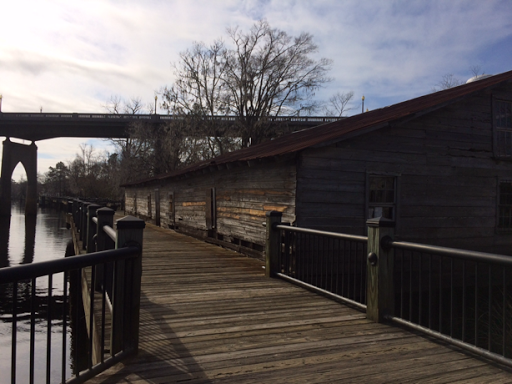 Also along the banks and built out over the water are old warehouses for the crops the steamships were to pick up -- rice, cotton, peanuts, fish, oysters.  The steamships were about 125 feet long and could carry 150 tons of freight.
Up the bank from this warehouse sits an old peanut warehouse, built in 1900.  It has been minimally restored and the day we were there they were getting ready for a wedding reception inside. 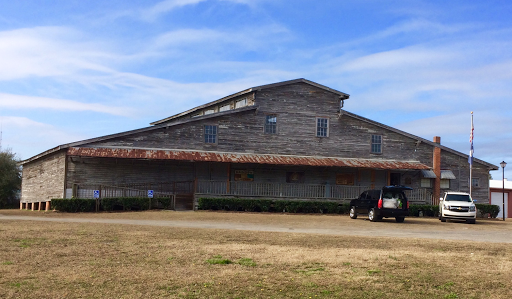 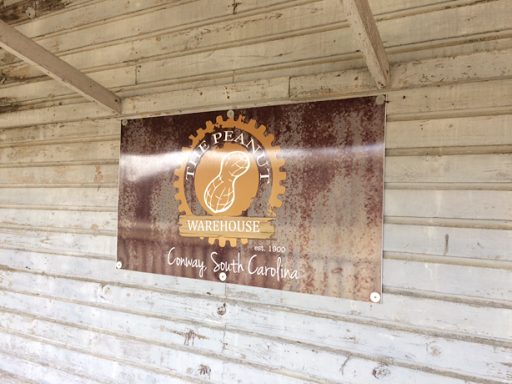 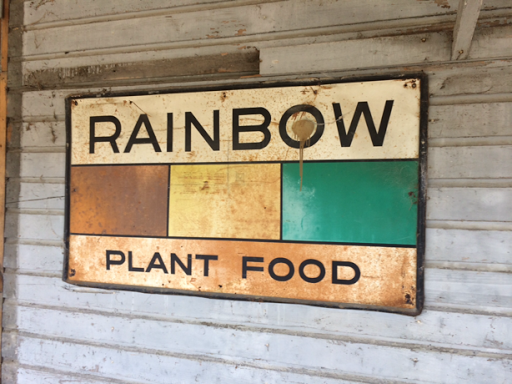 Green peanuts from the farms around were stored in the warehouse before being loaded on railroad cars.  Kids selling fresh boiled peanuts for five cents a bag were common on the streets of Conway at harvest time. 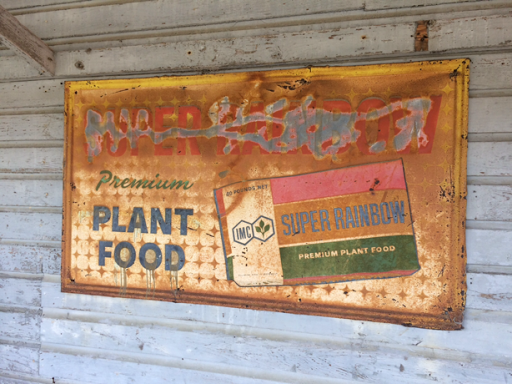 At one time the warehouse was also a tobacco warehouse, a lumber warehouse,
and a plant food factory. 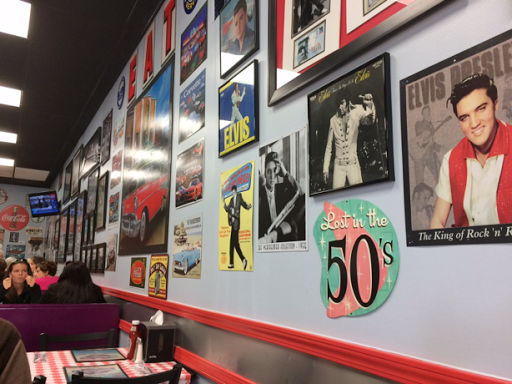 When we finished our walk we were hungry and found this little cafe just up from the river.
Fish and chips for me and a burger for the writer! 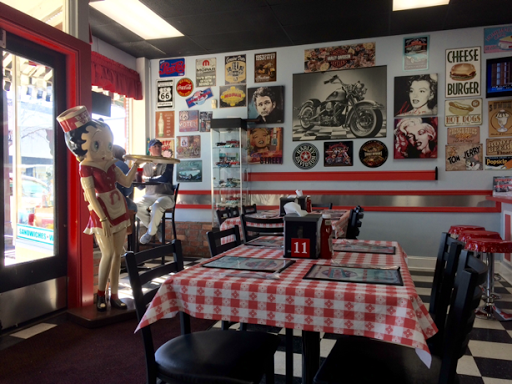