Finally!
I did not know lemons had such a long growing season. 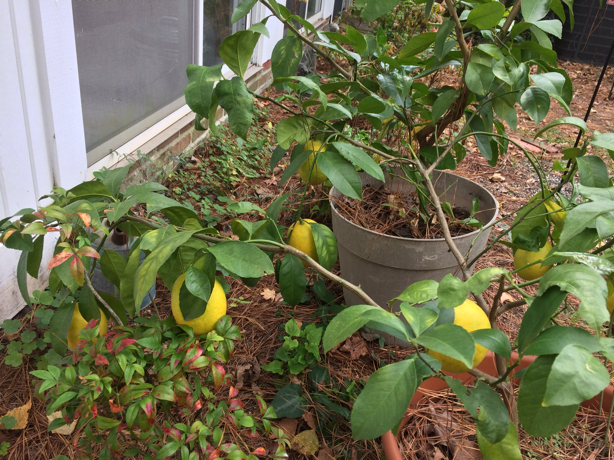 Our tree bloomed inside the sunroom in cold late February.  It was just covered with blossoms which mostly fell off without setting fruit because there were no bees in the sunroom in February.
Even so, it developed an amazing number of clusters of teeny tiny lemons which grew all summer and fell off the tree one by one until we were down to eight big heavy lemons on a tree not as tall as I am.
All summer and fall they kept growing bigger and bigger but kept their dark green color. 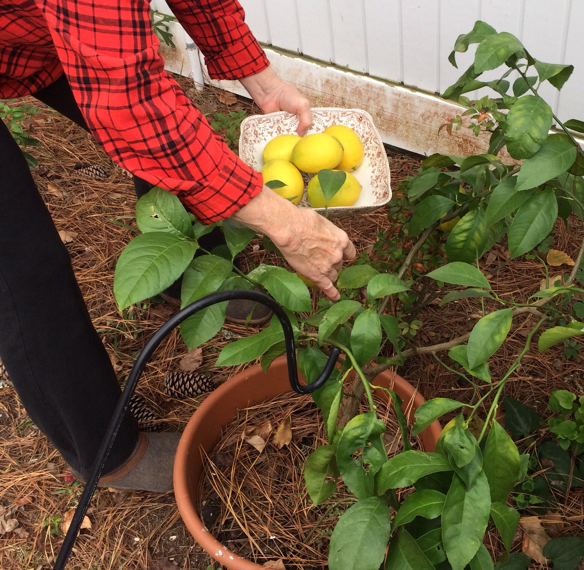 We were puzzled that they weren't turning yellow until we read that they need cold temperatures for the fruit to ripen.
In late November we had a couple weeks of chilly weather and they finally began getting a yellowish blush ... then a bit more yellow ... and finally they were yellow enough to pick.
Almost 10 months from flower to refrigerator!
(Oh, and another surprise for the northern gardener -- lemon trees have nasty thorns.) 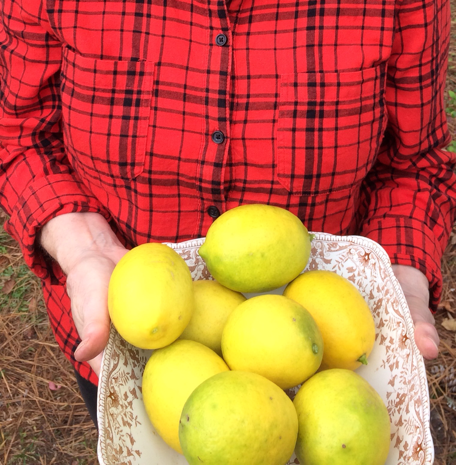 Those of us in North America can thank Christopher Columbus for our lemon pie, lemon curd, lemonade, lemon drops, lemon butter for shrimp, Lemon Pledge, and so on because it was he who brought the first lemon seeds to America on the Hispaniola in 1643.
We are having a hard time deciding what we should use our eight special lemons for.
What would you make?
Posted by Cynthia at 8:21 AM