September used to be my favorite month but not anymore.  It’s that time of year again — hurricane season — on the East Coast, and we have Dorian hanging out in the Bahamas, taking its time deciding when (and where)  to forge onward on its path of destruction. 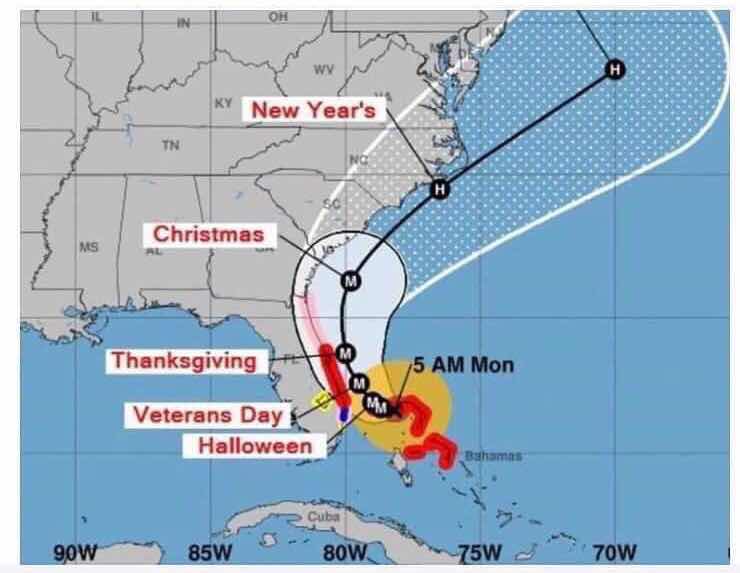 This is what it has felt like for days now, the Waiting Game.  Everything in town is closed, sandbagged, and boarded up, even McDonalds, for the duration.  No school, no government, no mail.
We are in Zone A, which means closest to the ocean (half a block from Winyah Bay) and under a mandatory evacuation order.  No one is going anywhere yet, however, because the hurricane is stalled. We have hotel reservations an hour and a half inland but won’t go until if and when it becomes necessary. 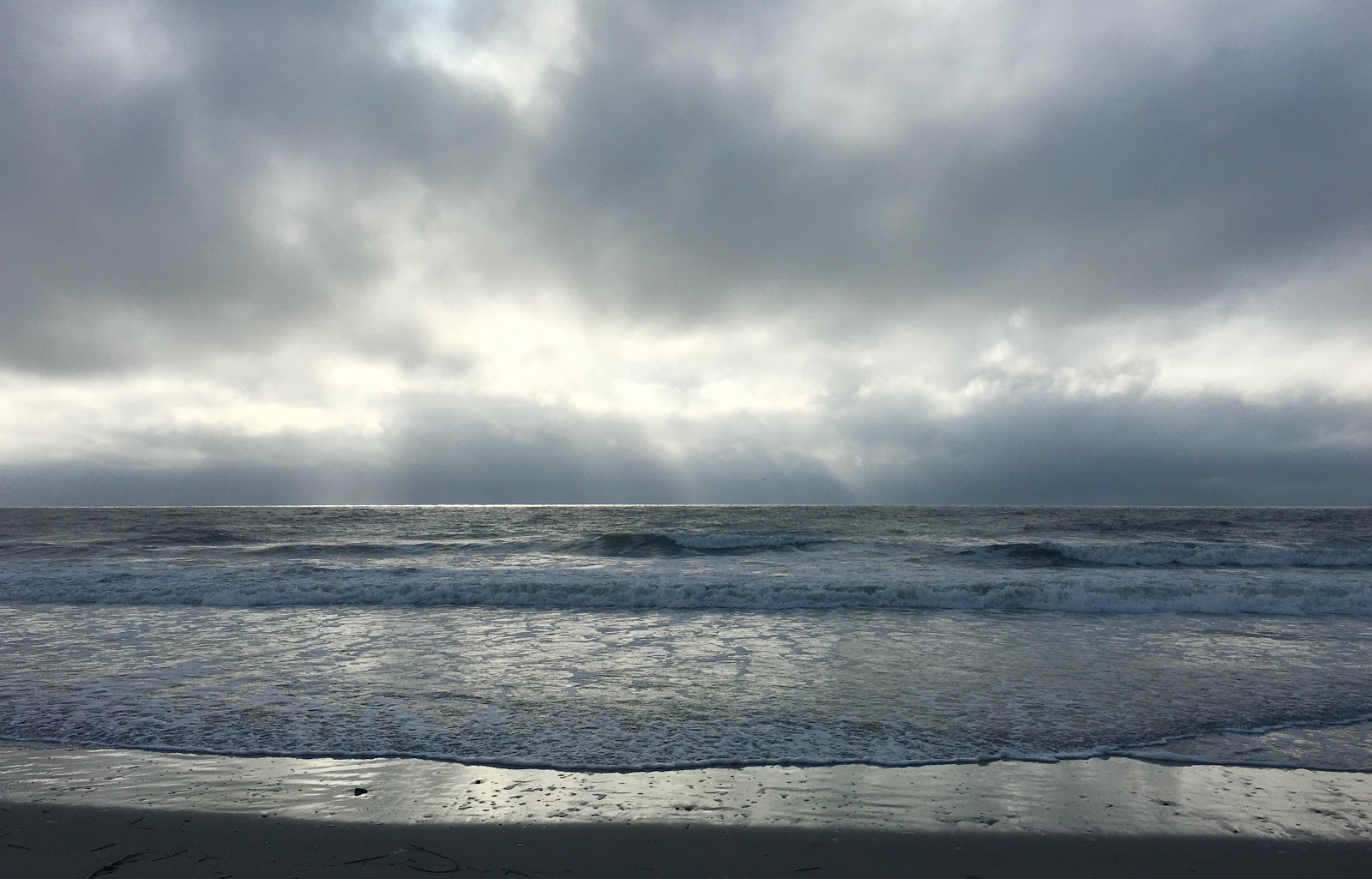 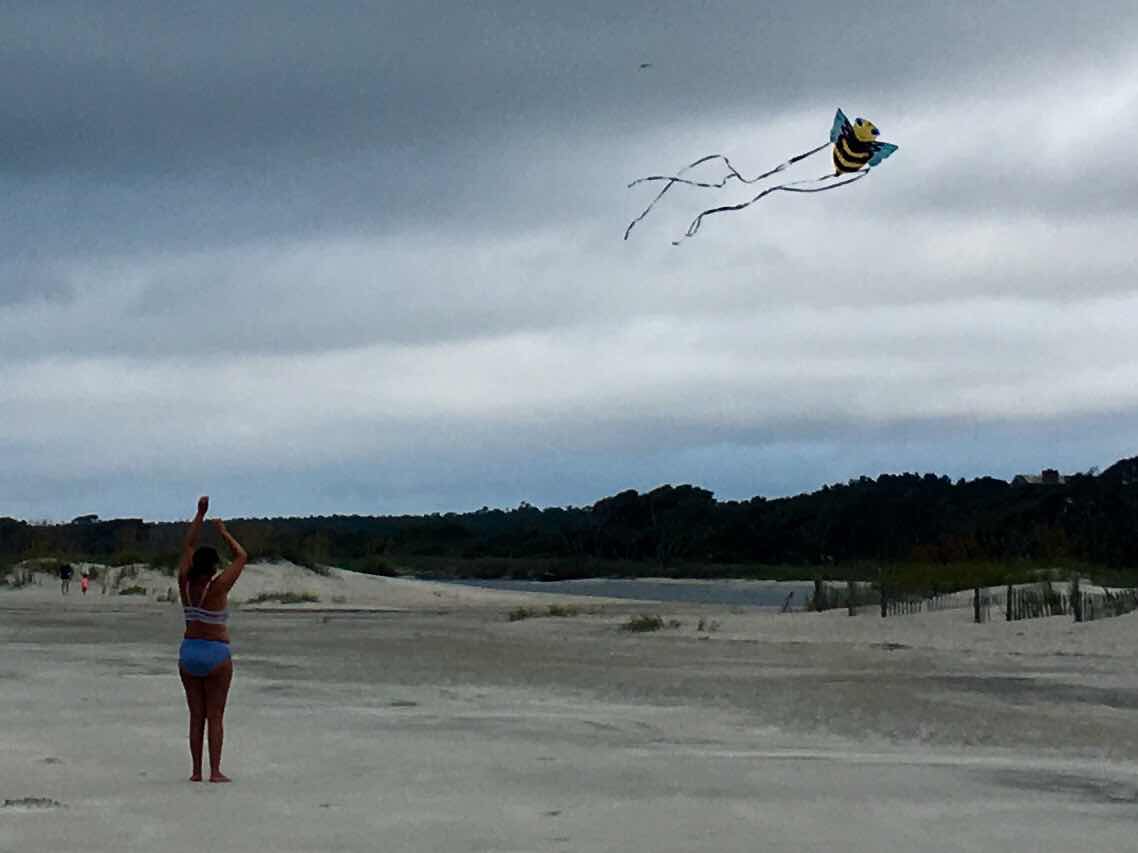 We checked out the beach yesterday and things were getting a bit stormy looking.  Today however, the sun is shining brightly and it seems like just another summer day. 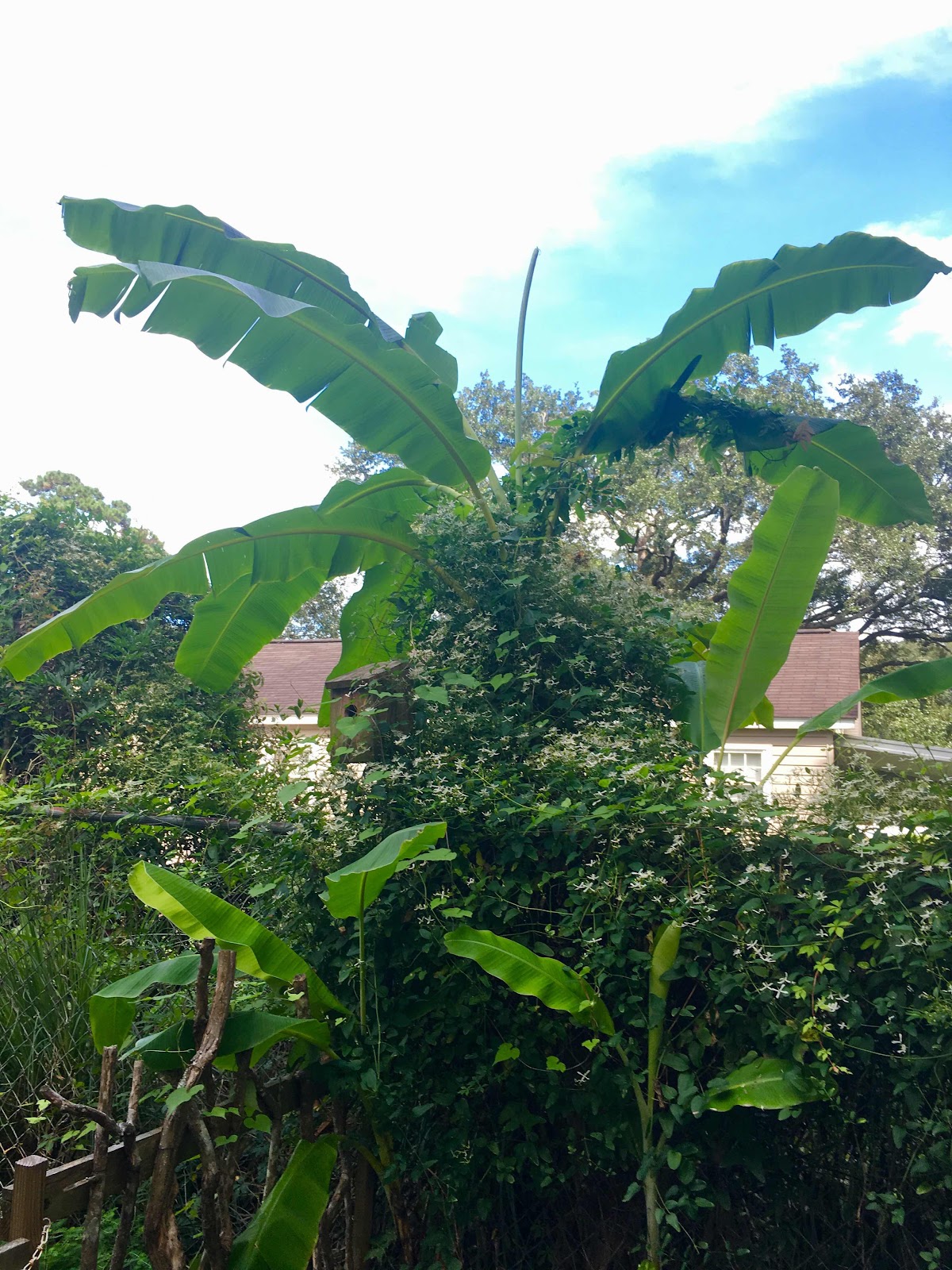 Meanwhile ... we have banana trees that were planted by the original owner of our house that freeze every winter so they never produce bananas.  The taller one here is about 10 feet tall.
We cut them back to the ground a couple times a year but they keep coming back and I was inspired by another blogger (Anne from New Zealand at Arty Green in Paradise) to see if there was any other use for them.
Well surprise! They make the best grilled salmon you have ever tasted! 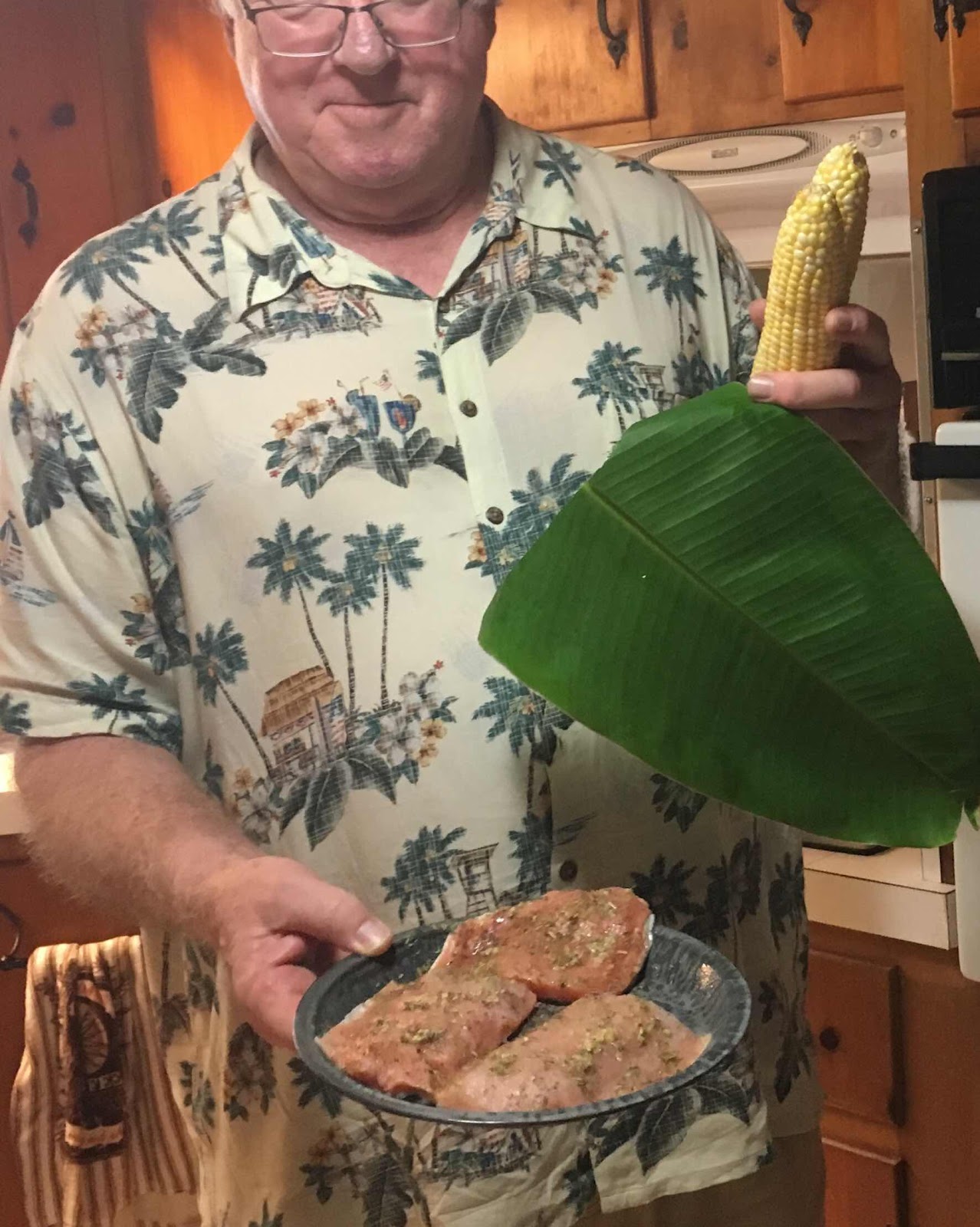 For a feast for two, take one smallish banana leaf, two salmon steaks (plus one for leftovers) rubbed with a bit of olive oil and season them with lemon grass, ginger, lime juice, and salt.  Husk two ears of sweet corn. 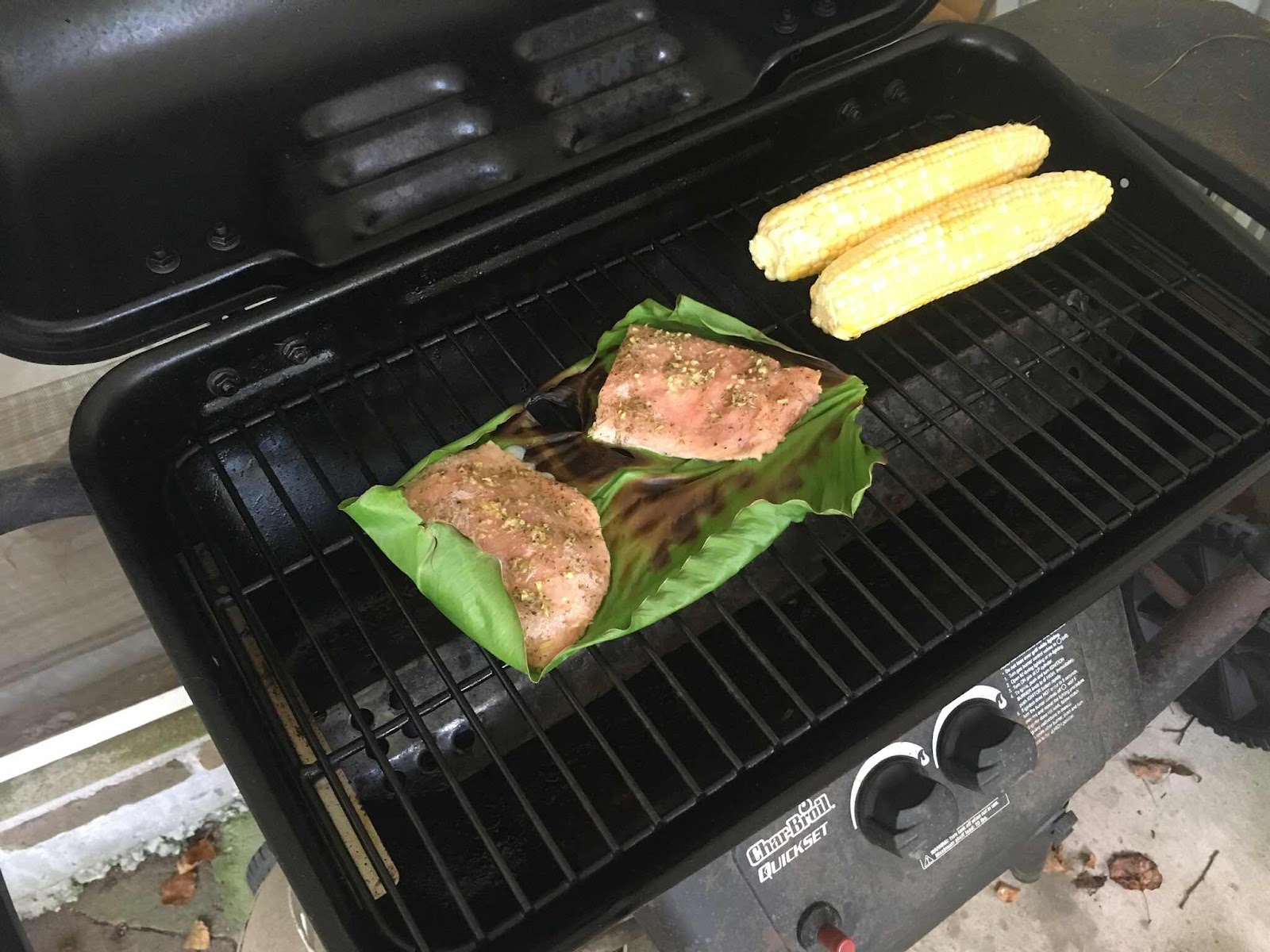 The banana leaf will char and flavor the salmon with sort of a smoky-grassy flavor and be the juiciest salmon ever!
So delicious I couldn’t get a photo of the plate before we ate it all up!
For dessert, slice up a third of a mammoth pear from our neighbor’s pear tree.  That’s my hand to give you an idea of the size of Malcolm’s pears. 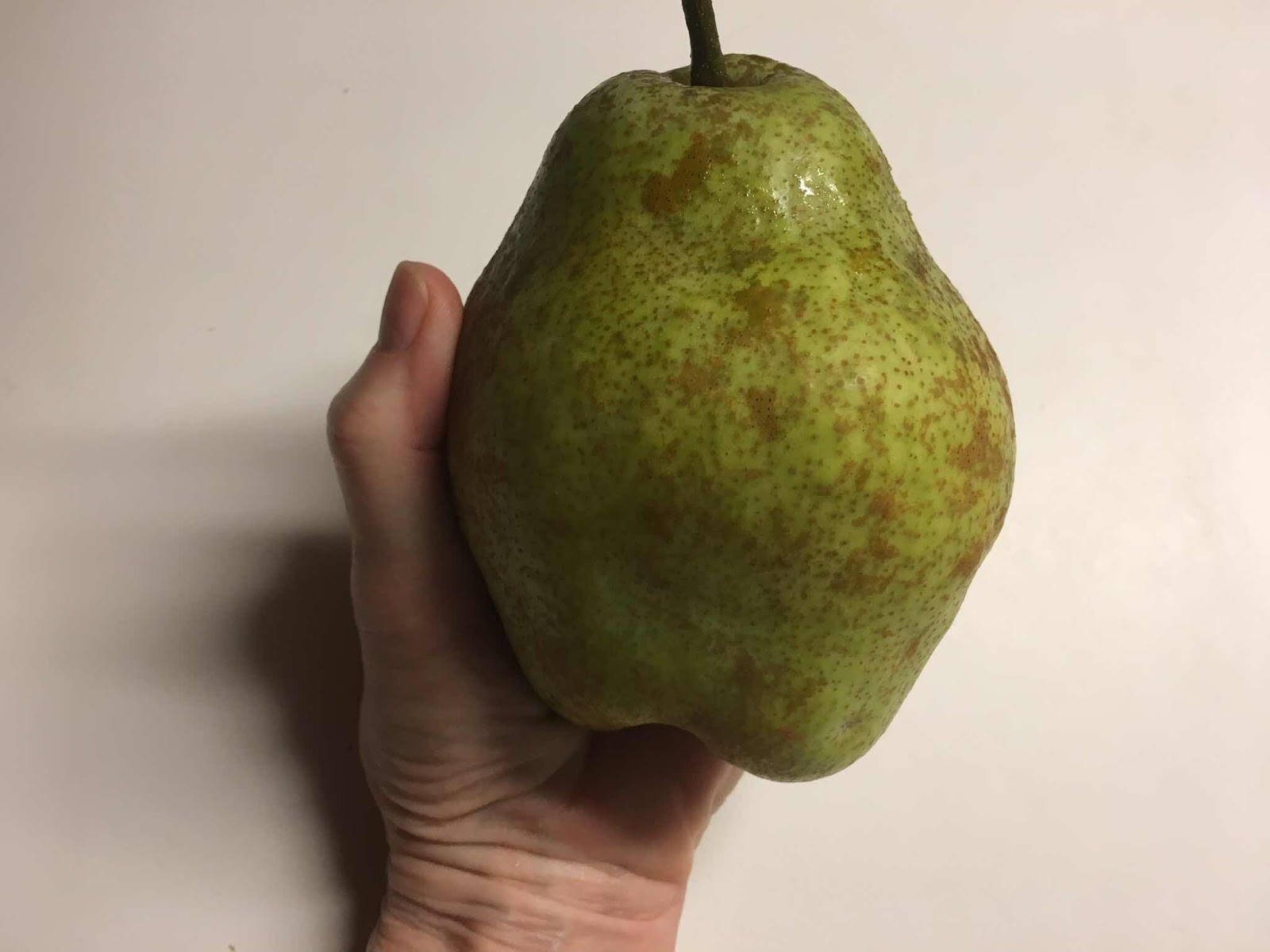 Well, back to assembling the crate for the cat to travel in, filling jugs with drinking water and the bathtub with washing and flushing water, putting the citrus trees out of harm’s way in the sunroom, etc etc. I’ll let you know what happens next.
Posted by Cynthia at 1:01 PM