Hopsewee Plantation and the Declaration of Independence

There are many restored plantations in the Lowcountry that give tours, some with beautiful gardens, all with deep roots in history. One very near us, Hopsewee Plantation, is still a private home but is partly open for tours and has a tea room serving lunch and high tea in a pretty cottage with a view of the river, the home, and the gardens.  Hopsewee was a Native American word for high point on the water. 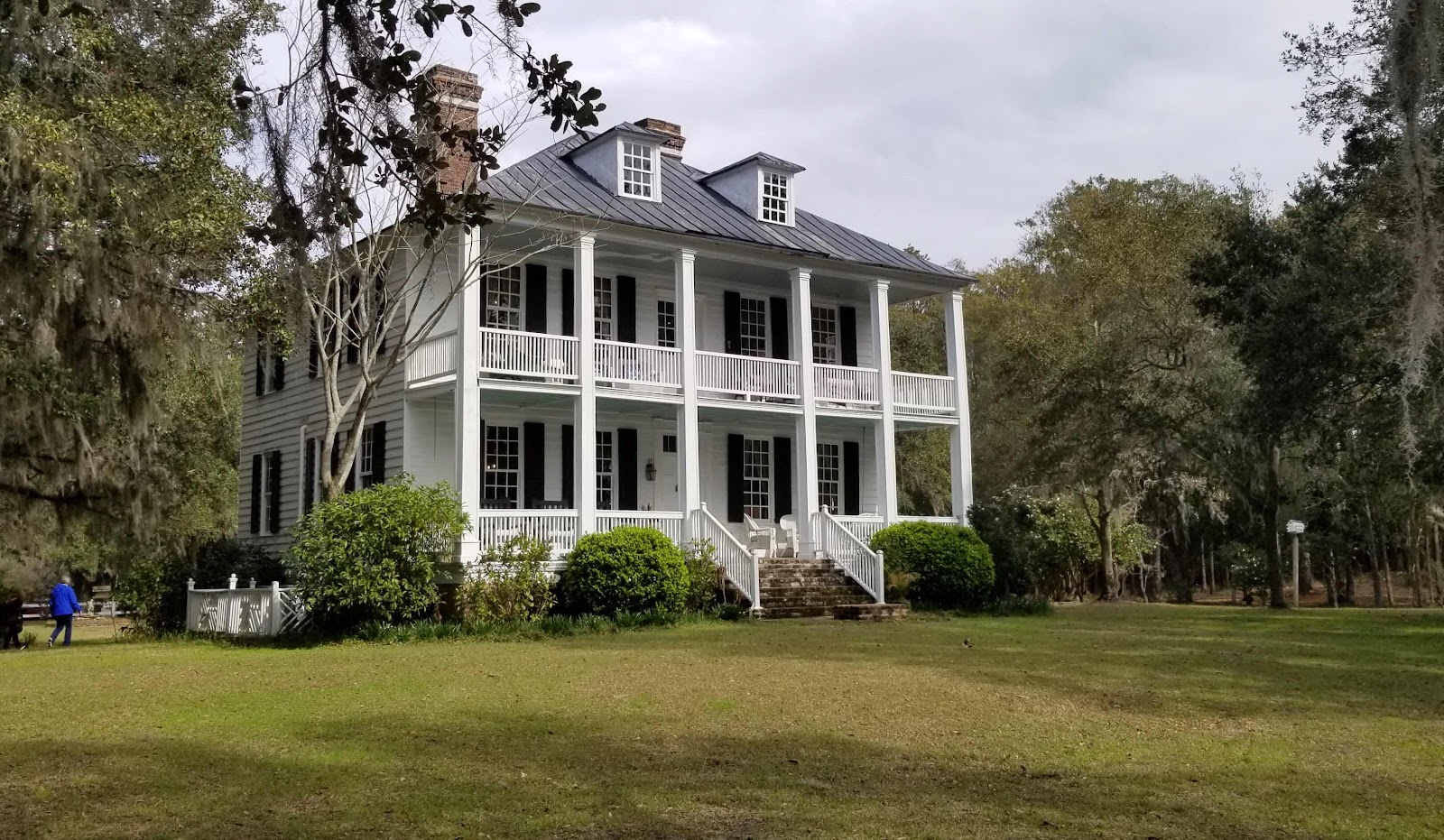 The house, built of black cedar from the neighboring swamps, has had no major changes since it was built in 1740 by Thomas Lynch Sr. as the 240-acre centerpiece of his rice kingdom on the banks of the North Santee River.  Mr. Lynch owned a total of seven plantations and 180 enslaved people to grow Carolina Gold rice.
In 1776 Lynch was invited to Philadelphia by General George Washington to assist with the  creation of a document declaring independence from England.  While there he suffered a paralyzing stroke and was no longer able to write his name.  His son, Thomas Jr., age 26, was summoned north to sign the document in his father’s place.
His signature on the Declaration of Independence was young Lynch’s moment of fame.  Suffering from “swamp fever” (malaria) all his life, only three years later in 1779, he and his wife set sail for France in hopes of improving his health.  The ship they were on was lost at sea and no trace ever found.  Lynch was 30 years old.

Little has changed on the Santee and the view today is much the same one as the Lynches would have enjoyed fanning themselves from the summer heat on the front porch 280 years ago.

Several outbuildings also still stand.  One is a mill where the hulls were rubbed from the edible rice grains.   Others were slave cabins.
The camellias were in bloom the day we were there and the river fast and high from flooding.

This sweet girl waited by the door of the River Oak Cottage Tea Room to greet each guest with a burrup, a rub and a purr.

While we enjoyed the lovely spring day watching the river flow by from this swing, a swimming river otter performed dives and rolls for us.
We really enjoyed our lunch served on embroidered tablecloths with delicate English china and lots of sparkling glassware and silverware.  We also enjoyed sneaking peeks at a jolly group of ladies with a tantalizing spread of little desserts for an English tea.  I think we might go back one day for that ourselves.   After all, it’s just down the road!
Posted by Cynthia at 1:09 PM