Mayhem in the Garden! 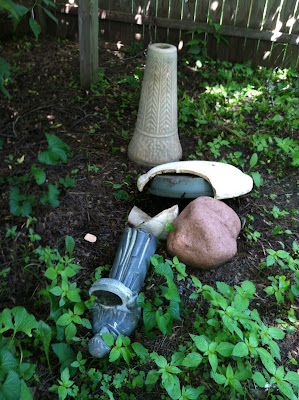 Birdbath broken, St. Francis of Assisi on his head.  Who is the culprit?  Probably not the raccoons.  They definitely have a rap sheet here, but I don't think it was them -- it happened in the middle of the day. 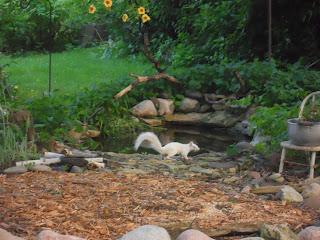 Number One Suspect, with four gray accomplices right behind.
For days, the four young gray squirrels have chased this albino relentlessly, non-stop.  The pitter patter of their little feet even continued on the roof long after dark!
Apparently they have worked out something and the peaceable kingdom has returned to the garden.  And once again my birdfeeders are equal opportunity diners for all  squirrels, gray or white. 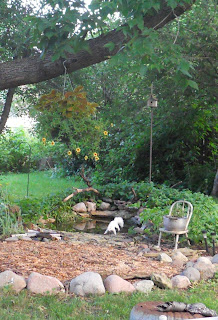 One last photo: Squirrel levitating.
Click here for what's going on elsewhere in Our World:
http://ourworldtuesdaymeme.blogspot.com/