'Come Into My Parlor, Said the Spider to the Fly'

If you have arachnophobia*, stop reading now!

We have a new arrival on the deckside wildlife entertainment scene this week: 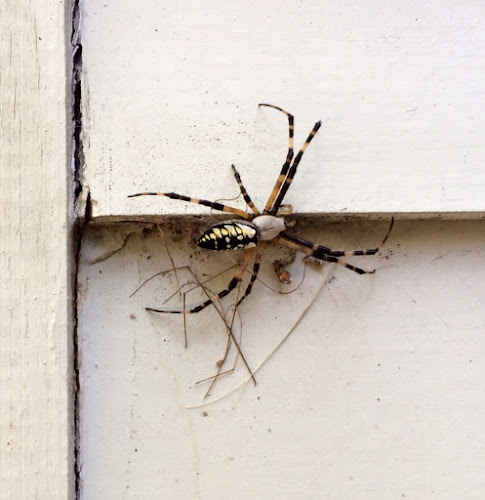 Including her legs, she is about 3 inches of colorful spider and she has taken up residence in the flower garden off the deck.

To reassure you, corn spiders seldom bite humans and when they do, the bite is only comparable to a bee sting. 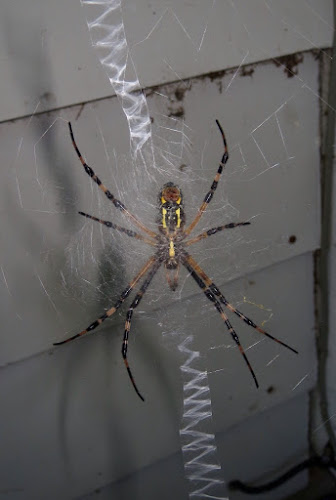 They are orb web builders and also called "zipper spiders". I think you can see why.

The webs are up to two feet in diameter. 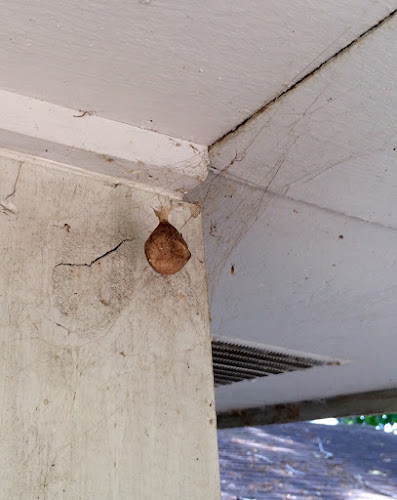 This is her egg sac, placed in a web under the roof of the deck. There are about 1,000 eggs in there which will hatch in the fall. The tiny babies will overwinter inside the sac and emerge next spring. 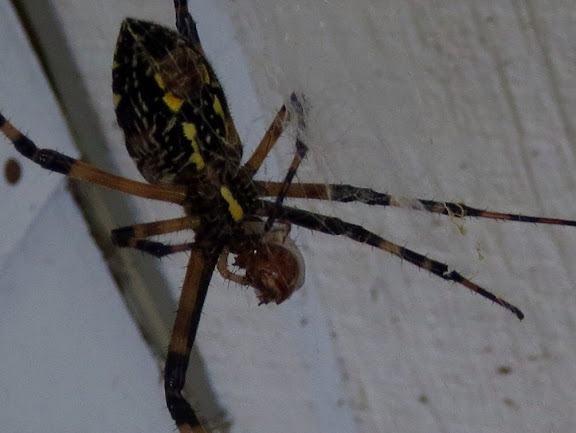 This morning she had caught a fly in her web and wrapped it in a silk bundle with only the head sticking out. It looked a bit like a fly burrito, which she then ate.

What looks like her head in my photo is the fly burrito.

Every night she eats her web and in the morning builds a new one, according to what I have read. Our spider must be a lazy housekeeper because this is the second day she is using this same web.

I keep thinking, if only my little grandsons were here.

They would be so intrigued and bustling around with magnifying glasses,

and we'd be checking on Mrs CS every five minutes!

Posted with Blogsy
Posted by Cynthia at 6:54 AM