A Garden in a Tree 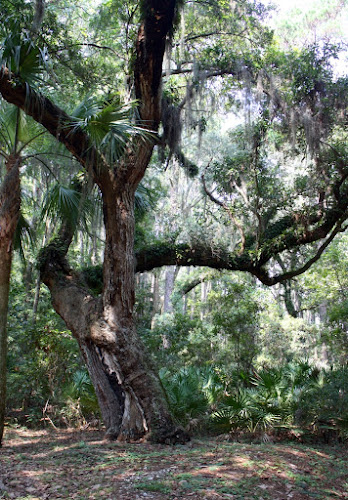 One is the resurrection fern and the other is Spanish moss.

Both are air plants, getting their nutrients from the air.

Contrary to popular belief, neither plant takes food or water from the tree, nor do they harm the tree in any way. They just need a place to perch. 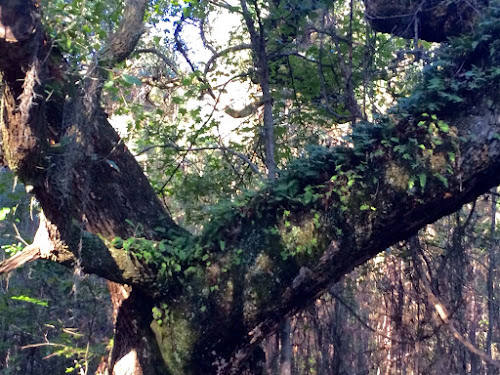 The resurrection fern is so named because in dry weather it dries up, turns brown, and looks for all the world like it is dead. But when the rains return, it comes alive again, green and healthy.

A resurrection fern can lose up to 97% of its moisture and still make a comeback. A normal plant will die if it loses more than 10% of its water. 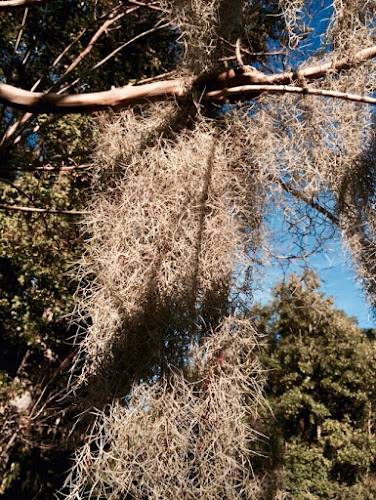 Spanish moss, symbolic of the South, is a plant from the pineapple family. (I don't see the slightest resemblance but it's a fact!) It has scales that open up and allow the rootless plant to absorb water. It then makes its own food from elements and minerals in the rain.

Spanish moss was once popular for stuffing mattresses and car seats since one tree could produce a ton of moss and it repelled bugs. Nowadays it's used by florists as packing material and mulch.

Spanish moss is neither a moss nor Spanish. Some say it got its name from French settlers for its likeness to the beards of the Spanish settlers. The Spanish were insulted and retaliated by naming the plant Cabello Frances -- "French hair."

Posted with Blogsy
Posted by Cynthia at 1:30 PM