An armadillo lived under our deck where, over the years, she raised several families. She had a curious sense of entitlement and determination. The dogs would go berserk when she strolled in from a night in the woods, yet she would remain oblivious to them and to us as we ate our breakfast on the porch. She strolled. She waddled. Nothing, not our presence nor the dogs sounding as if they would tear her limb from limb, ever caused her to move an iota faster or change her path one inch.

That was her undoing. 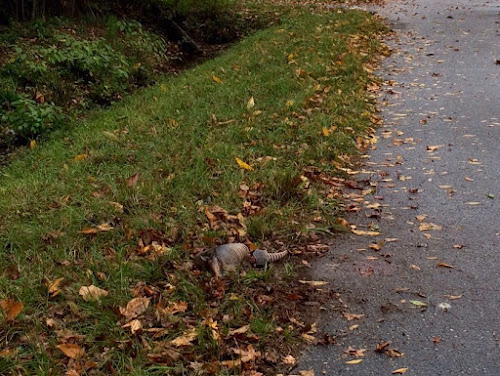 I am sure she had that same attitude when the car or truck headlights bore down on her Saturday night.

Yesterday morning we found her dead at the edge of the road, hit by a car on a road with almost no traffic at all.

I made plans to bury her when the rain stopped. Meanwhile, the local Highway Department /Recyling Division Crew Got the memo and began to arrive on the scene. 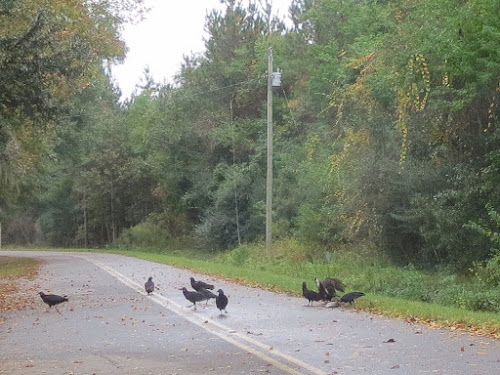 Or buzzards as we like to call them here. 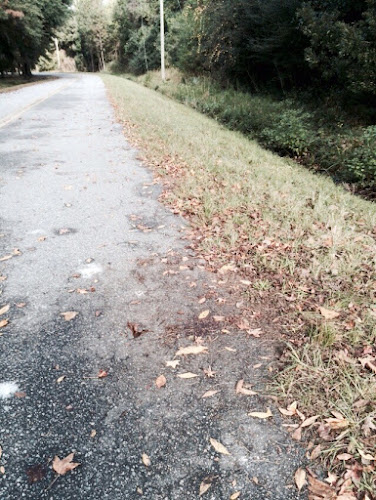 An hour later the rain had stopped,

the buzzards were gone

and so was every last armored bit of mama armadillo.

We're going to miss her. So will the dogs. 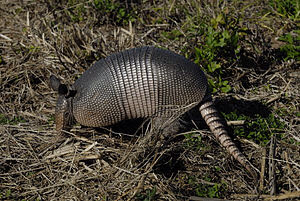 Posted with Blogsy
Posted by Cynthia at 12:23 PM