No sightseeing stops were planned on our way back to South Carolina as The Writer was anxious to get back to work. But when an indicator light began flashing and the tires were checked it was apparent that we needed help. The nearest town was Cedar Falls, Iowa. 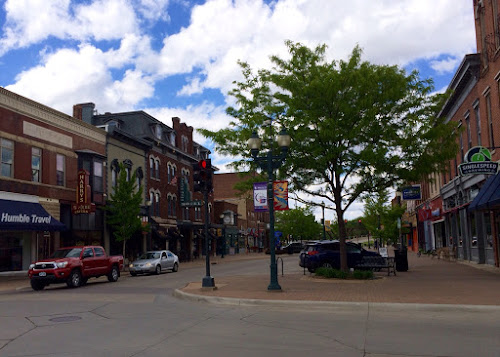 Both of us went to college in Iowa (not the same college and not at the same time) and we both had some hazy memories of sports matches (tennis and volleyball) at the college in Cedar Falls.

While our tire was being fixed we decided to take a walk in the beautifully restored downtown. 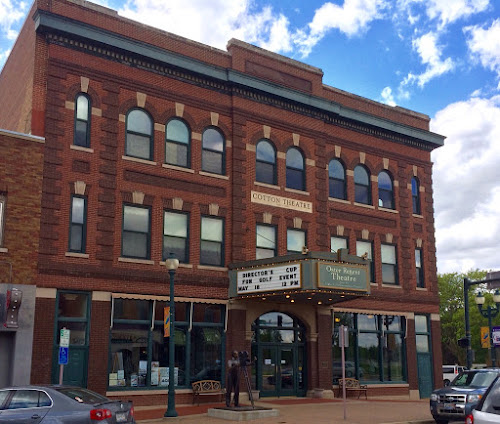 The old Cotton Theatre, which opened in 1910 to bring traveling theater companies to town, was recently restored at a cost of $1.2 million and renamed the Oster Regent Theatre. It once seated 1,000 people which must have been a good share of the population of Cedar Falls at the time! 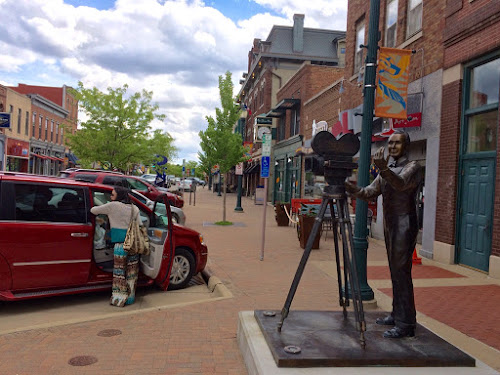 When movies became popular, the theater was purchased and turned into a movie theater. 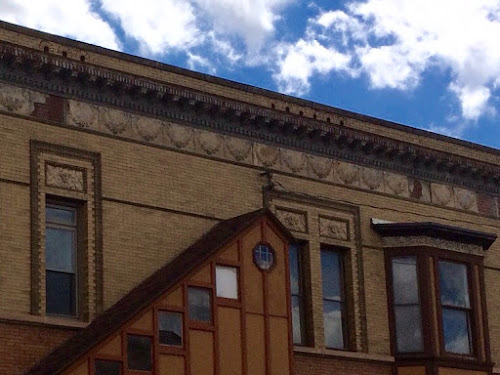 I love the prairie style architecture, squat and solid, with subtle but beautiful details.

This was a 3-story department store with offices above, now housing several small shops and apartments. 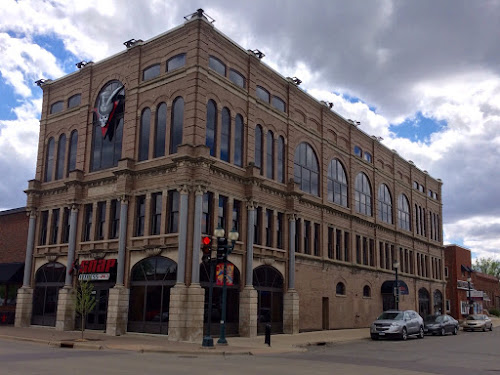 Once a bank, now a fitness center. 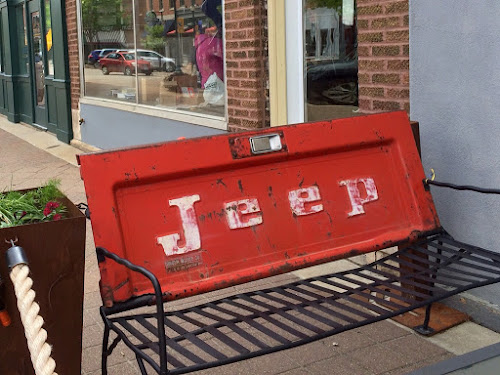 Fun benches offered rest and conversation but it was too cold to stop. 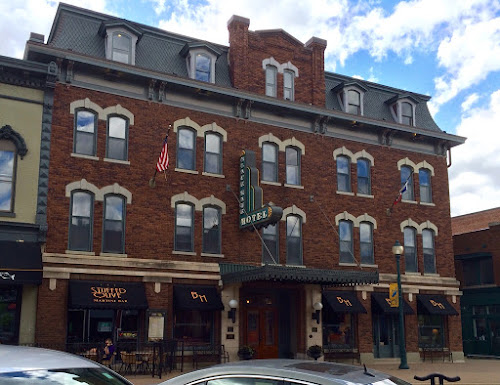 The Black Hawk Hotel has continuously been a hotel since 1853.

It started out as a wood frame stage coach hotel, went through several name changes and grew larger, becoming the Black Hawk in 1918.

We enjoyed our walk and in an hour our tire was fixed and we were on our way south again.

Posted with Blogsy
Posted by Cynthia at 12:04 PM