On St. Delight's Road in rural Georgetown stands a cypress tree with a gruesome history that began in pre-Revolutionary War days.  Only a short highway guardrail and a nearly invisible plaque on the old tree's side delineate it, demonstrating ambivalence over man's duty to call attention to ugly deeds. 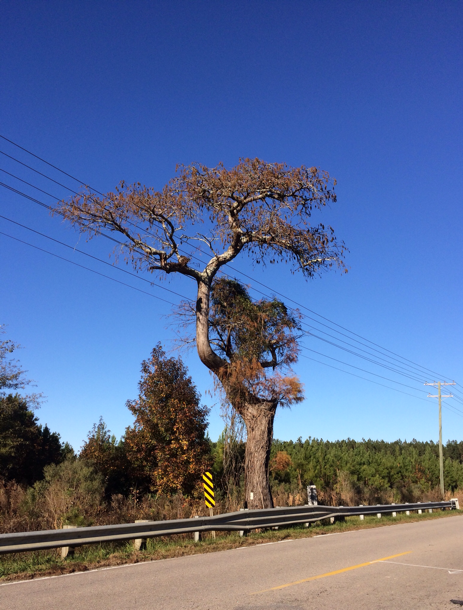 It is called the Hangman's Tree.
It is known that a group of Tories and British soldiers were executed at the tree during the Revolutionary War, as were unruly slaves, criminals, and at least two Civil War soldiers.
In later times, it was known as the sight of racially-inspired lynchings, but the specifics of those have been expurgated from memory and the victims' names forgotten.
The tree occupies an ideal location on the line between two counties on a well-traveled old road, and the hangings stood as a powerful deterrent to others contemplating the same crimes.  A massive limb directly over the road held the noose and the body was left hanging for days as a reminder of justice to all who passed.  Vultures and crows called attention to the corpse, as if one could miss the sight of a body twisting and swaying over the center of the road. 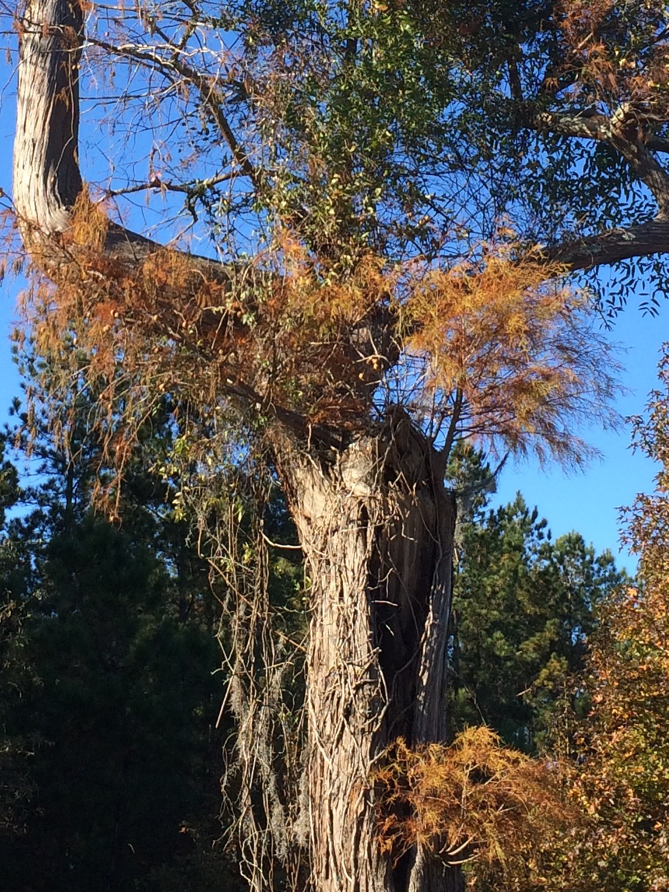 The limb was struck by a tractor trailer truck
several years ago and broken off.
The scar remains.
Posted by Cynthia at 9:24 AM