'We Shall Overcome Someday'

I finished a good book last night, a novel based on the history of a real cigar factory and the women who worked there.  It's The Cigar Factory: A Novel of Charleston by Michelle Moore.
Here's a brief description of the book:
"The Cigar Factory tells the story of two entwined families in the storied port city of Charleston, South Carolina, during the World Wars. Moore’s novel follows the parallel lives of family matriarchs working on segregated floors of the massive Charleston cigar factory, where white and black workers remain divided and misinformed about the duties and treatment received by each other." 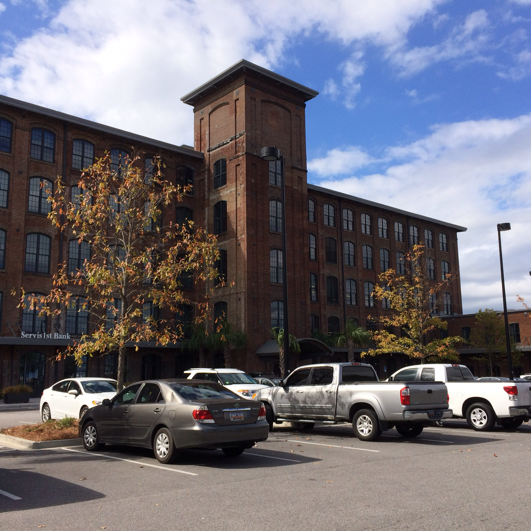 This is what the cigar factory looks like today.  It has been recently renovated into condos and shops, a restaurant and a wedding venue.
It was built in 1882 as a cotton mill and became a cigar factory in 1903, operated by The American Tobacco Company.
The factory employed 1400 people  who produced 5-cent Certified Cremos and 10-cent Roi-Tans, America's biggest selling cigars.
Sixty percent of the workers were women who first hand-rolled each cigar and later made them on a mechanized assembly line that moved ever faster as the owners bullied the workers and sought to make more and more profits.
Ammonia produced in processing along with the dust and odor of the chemicals in the tobacco made the workers smell awful and they were often shunned in shops and trolleys as the odor never left them.  They also suffered and died young from the tobacco dust and ammonia they breathed. 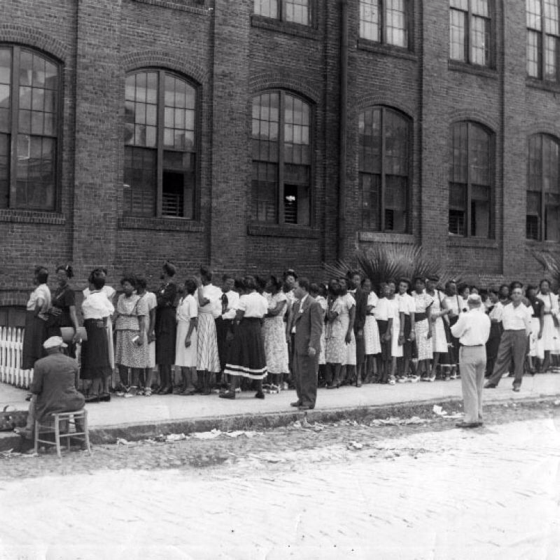 Workers were segregated on different floors by race, and by the jobs they did.  Black men did heavy labor and white men worked as higher paid managers, foremen, and machine oilers.  Black women worked in the basement as tobacco leaf stemmers, white women upstairs as rollers, finishers, packagers, and inspectors.
They entered the building by seperate doors, had seperate restrooms and eating areas. 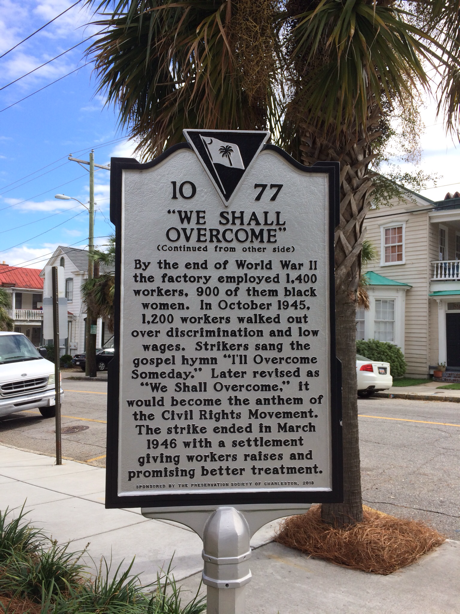 "Cassie McGonegal and her niece Brigid work upstairs in the factory, rolling cigars by hand. Meliah Amey Ravenel works in the basement, where she stems the tobacco. While both white and black workers suffer in the harsh working conditions of the factory and both endure the sexual harassment of the foremen, segregation keeps them from recognizing their common plight until the Tobacco Workers Strike of 1945. Through the experience of a brutal picket line, two women come to realize how much they stand to gain by joining forces, creating a powerful moment in labor history that gives rise to the civil rights anthem "We Shall Overcome." 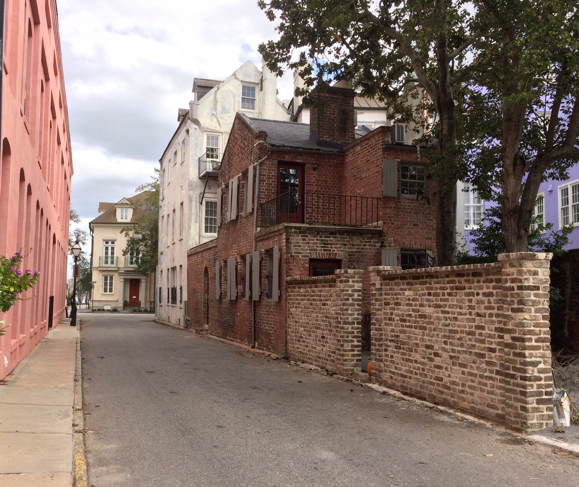 One of the families lives in a tenement in Bodans Alley which still exists and has been renovated into small homes that cost millions. 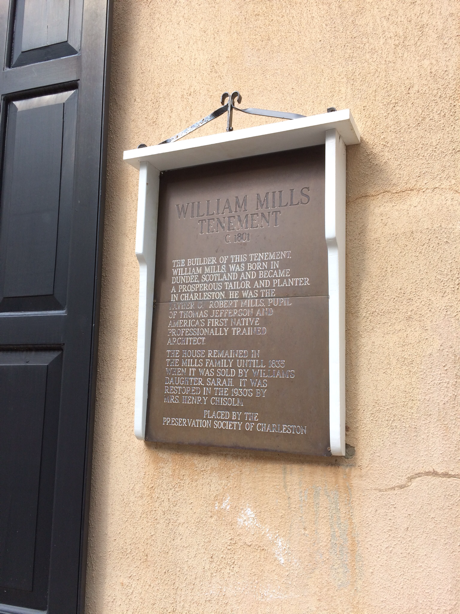 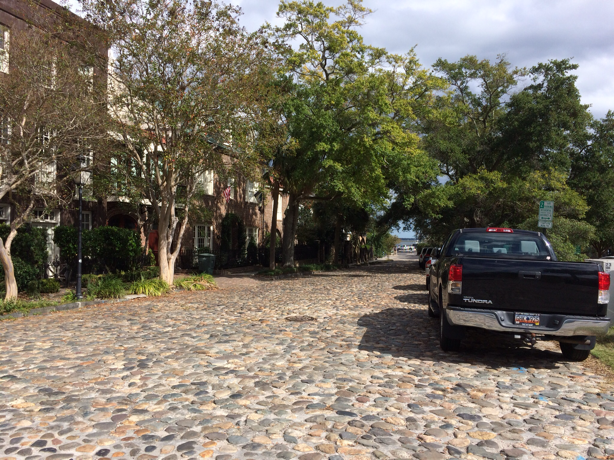 Adgers Wharf, where the Mosquito Fleet went out from the early 1800s until 1989 plays a big part in the book.  Black fishermen whose wives and daughters worked at the cigar factory went out daily in small wooden sailboats to supply the nearby Charleston Market and their families with fish, oysters, etc.  You can just see the water where the docks were on the end of this street where the women walked on their way to and from work.
I think this book would make an awesome movie.  I hope someone does it!
Now I'm off to search for an interview with the author, who interviewed some of her own relatives who worked at The Cigar Factory for the book.
Posted by Cynthia at 10:40 AM