Why Did the Church Cross the Road?

Last Friday we watched as the little church over the creek on Pawleys Island was released from its perch of the last 70 years.  The last time Pawley's chapel was on the move, it rode from Georgetown (where it began life in the 1800s as the Georgetown Pentecostal Holiness Church) to Pawleys in pieces, and was reassembled over the creek in 1946.
Friday a crew crawled under and into the mud and, chain saws roaring, severed it from its pilings.  Two 100-ton cranes attempted to lift the church and hold it up while rollers were inserted underneath, then gently nudge it across the road. 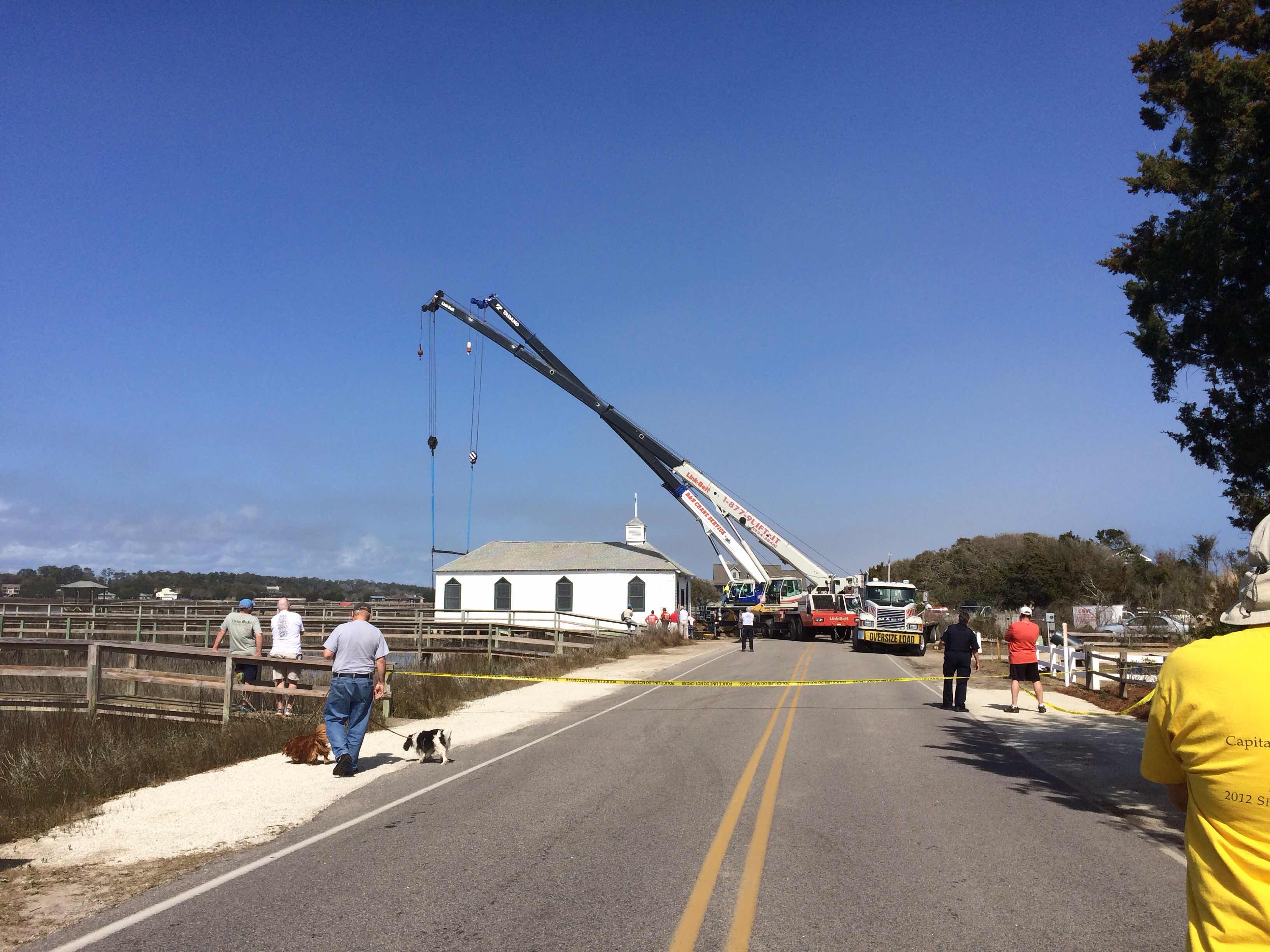 Except -- the 70 year old pluff mud held on tight and the church wouldn't move.  (They should have known -- the chapel has withstood two huge hurricanes that demolished much of the rest of the island.)
Plan B:  Use the cranes to lift the back end while a front end loader would be used to tug it forward on the rollers and across the road.
Fail!
The walls near the back began to groan and crack.  The boom on the crane began to bend and they had to stop. The day was about gone.  There is one road on the island so everything was removed from the road to make way for beach house owners arriving for the weekend.
Monday, Plan C:  Bring in bigger machinery, a 400-ton crane that cost the project an extra $27,000.  But what do you do when a building is unmoored and tilting on the edge of the road? 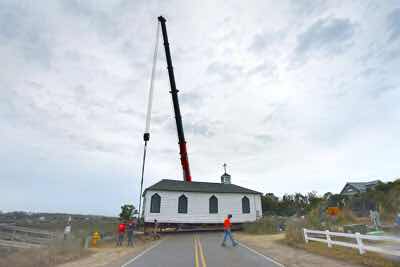 Well, as you can see, on Monday the church crossed the road!  We missed the moment so this is a photo from the PI Police Department, probably very happy to have something useful to do.  (Not much happens on Pawleys.  It's an event when the officer has to ask a tourist to remove a car blocking a driveway.) 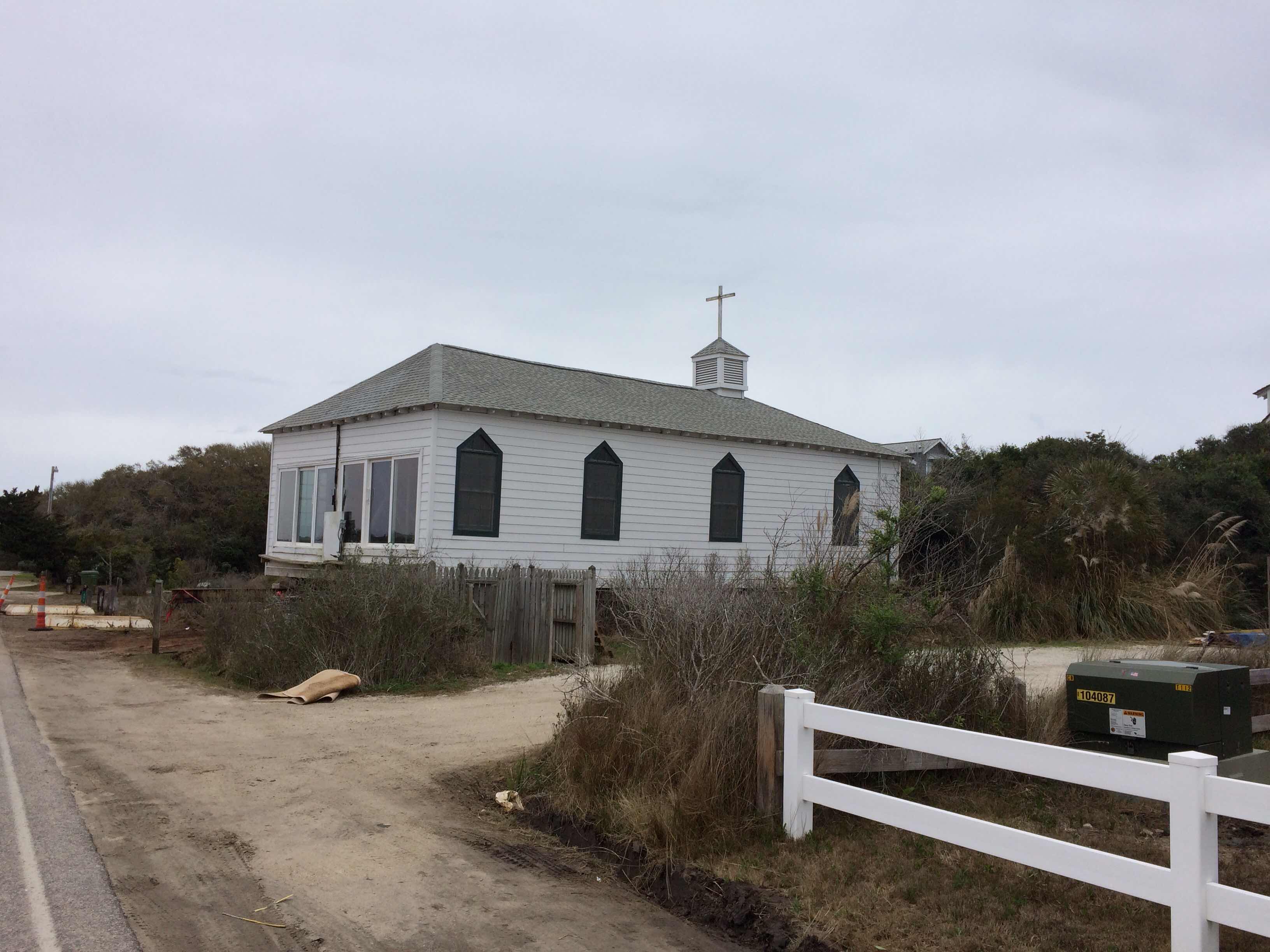 So, why did the church cross the road?  The pilings and foundation were 70 years old and water and tides have taken a toll.  The church was too close to the road for today's setback laws.  And because of climate change, recent king tides that used to flow under the church with room to spare now fill it with a foot of water.
From this side you can see the windows that are the congregants'
view of the marsh on summer Sunday mornings. 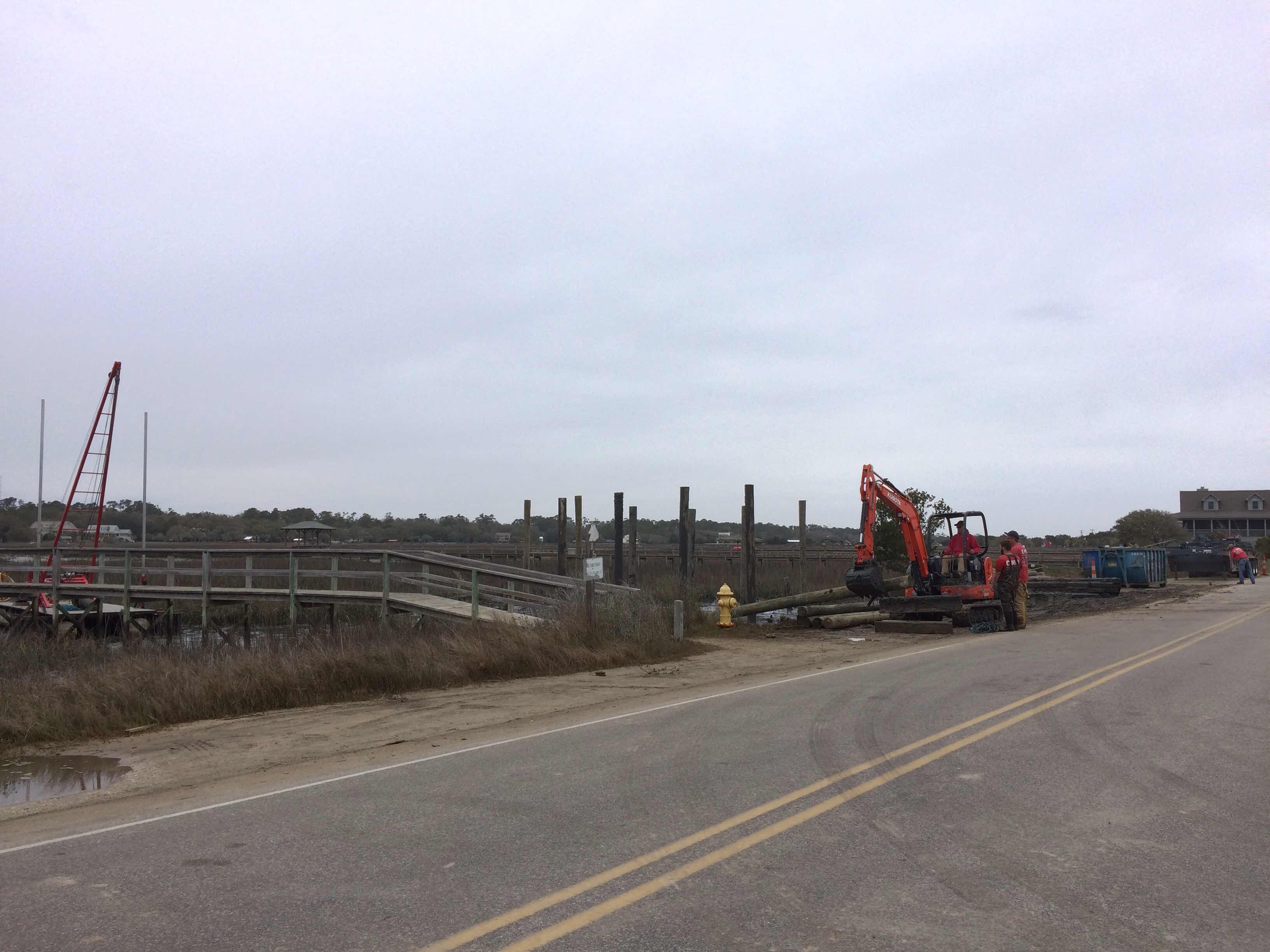 New pilings were in place yesterday and being driven in.
There is a wedding scheduled for March 23, and the bride has been assured that the church will be ready.
In summer generations of islanders worship every Sunday.  The church seats 220, and the overflow gathers outside on the gangplank and the roadside and participates from there.
Posted by Cynthia at 11:54 AM