A Trip and a Wedding

We are just back from a trip to Arizona.  Our first stop was Flagstaff, for a wedding. 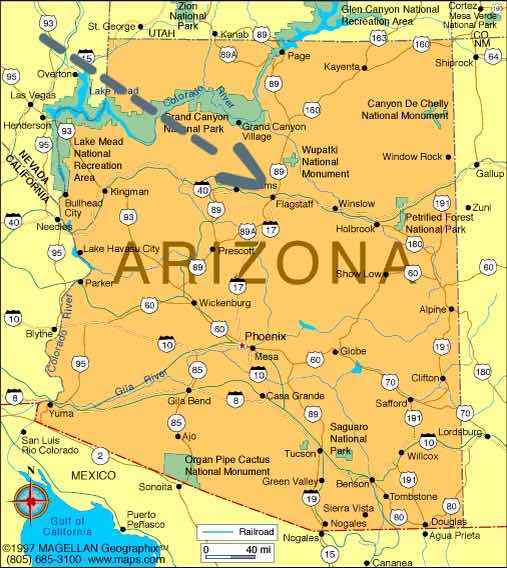 The last time I was in Flagstaff I was just out of college, visiting the North Rim of the Grand Canyon about this same time of year, and got a temporary job for a few weeks stopping cars to warn them of the extreme fire danger.  On our day off, we (we being one of the flag girls and any fire fighters who had the same day off) would go 80 miles into "Flag" to replenish our grocery supply and have a restaurant meal.
I wasn't too surprised that Flagstaff had grown by leaps and bounds and looked a lot different than it did 40+ years ago.
The first road through the territory was built in 1857 - 1860 and traveled by the adventurous headed for California and a few sheep ranchers who settled there among the San Francisco Peaks at about 7000 feet.  By 1882 a new railroad carried a population moving west.  Some disembarked near a flagpole in the desert, made their homes, and named the settlement Flagstaff. 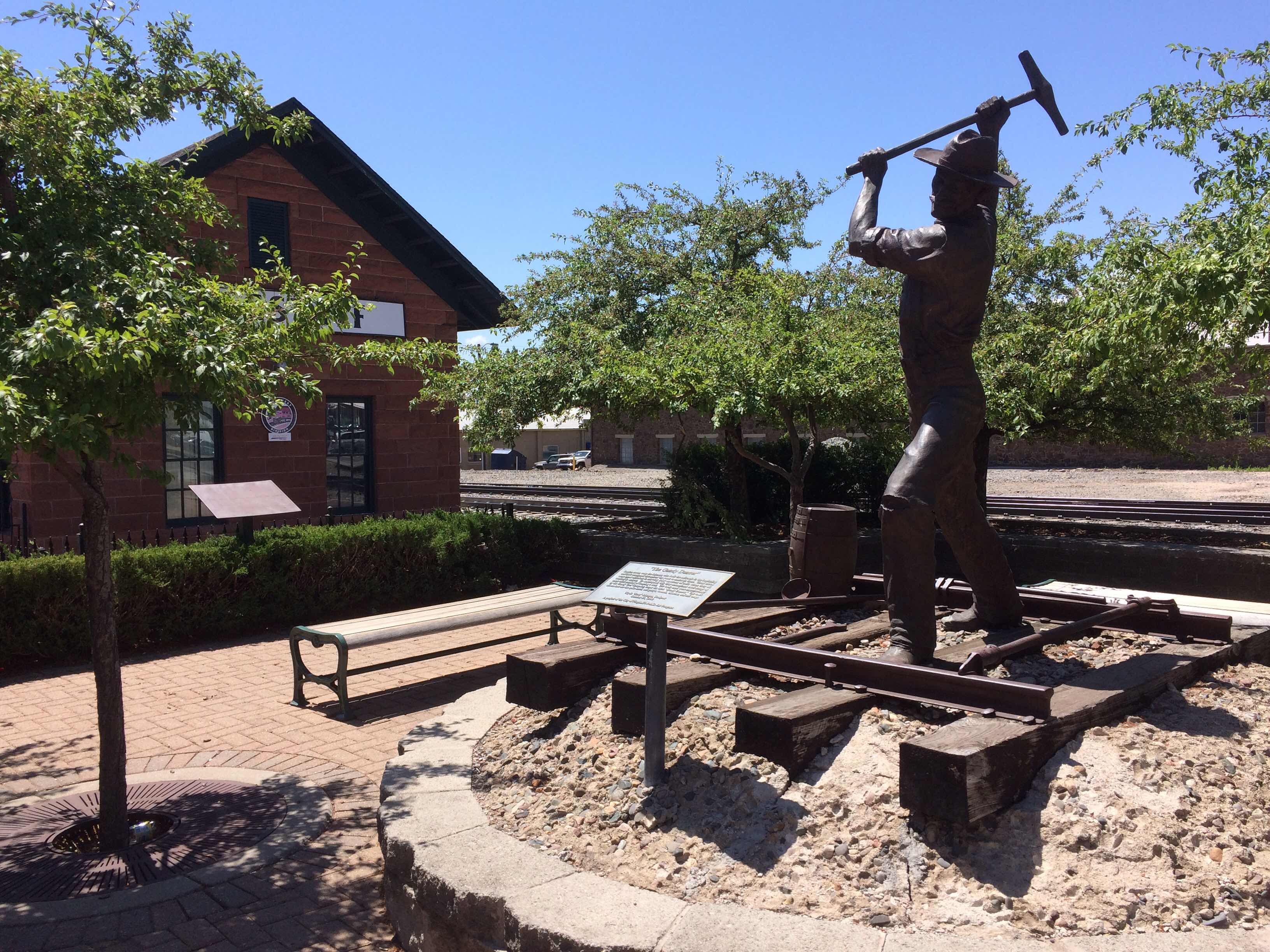 The men who built the railroad were nicknamed "Gandy dancers" from the Gandy brand of tools they wielded and the rhythmic chants they used to
to work together.  There is a memorial to the men near the old Flagstaff train depot.
The town became a wild railroad town, filled with saloons, dance halls, gambling houses, and hotels for the travelers passing through. 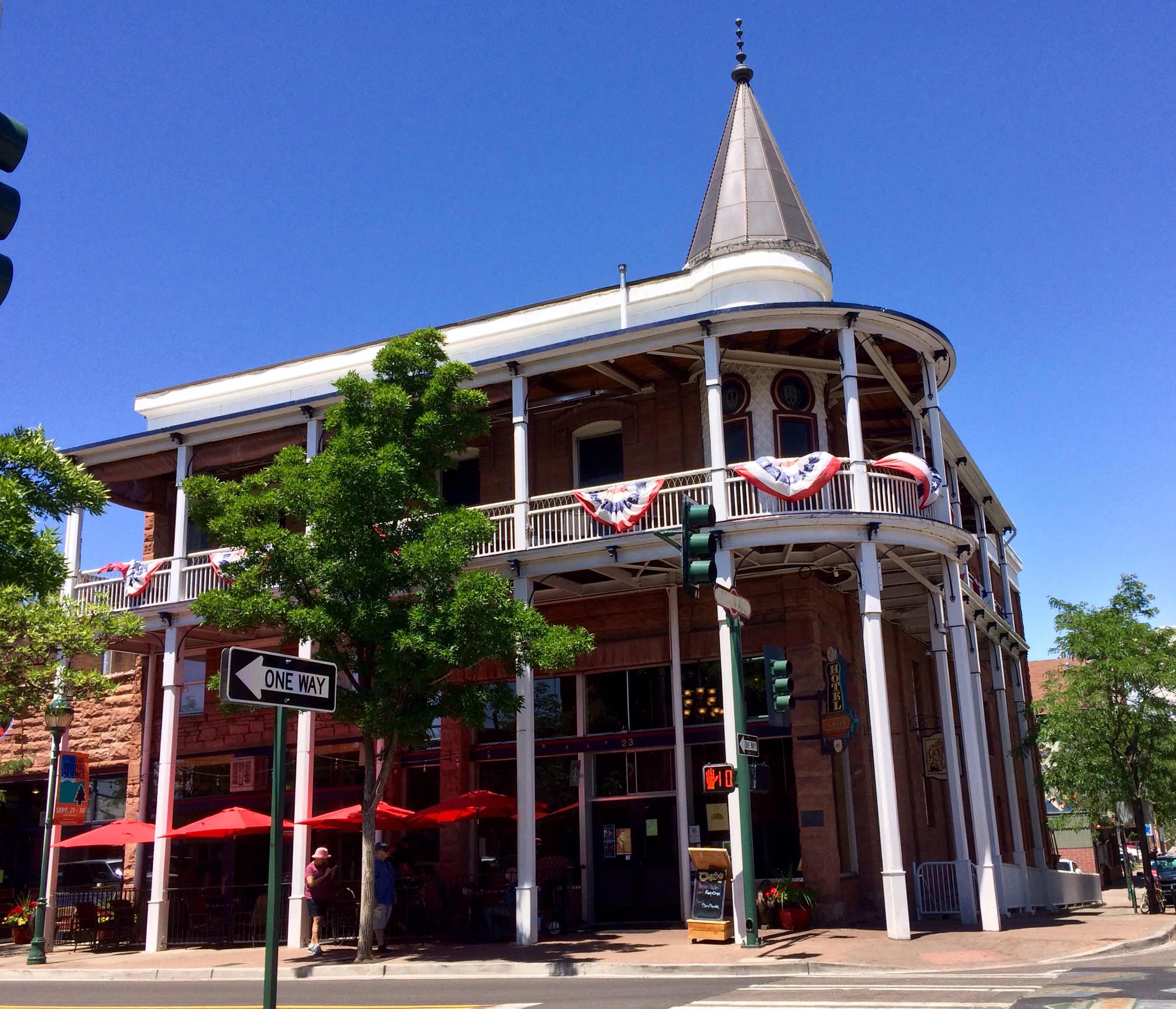 The Weatherford Hotel is one of the early hotels still in use.  Its builder arrived in 1886 in a horse and buggy, which he traded for two lots in the new town.  He ran a saloon, then a livery stable, then a "gents' furnishings" store which he later turned into the hotel.
My usual favorite thing about a town -- the art -- was once again my favorite thing.  Lots of well-done murals, the first one below juxtaposing the old and the new: 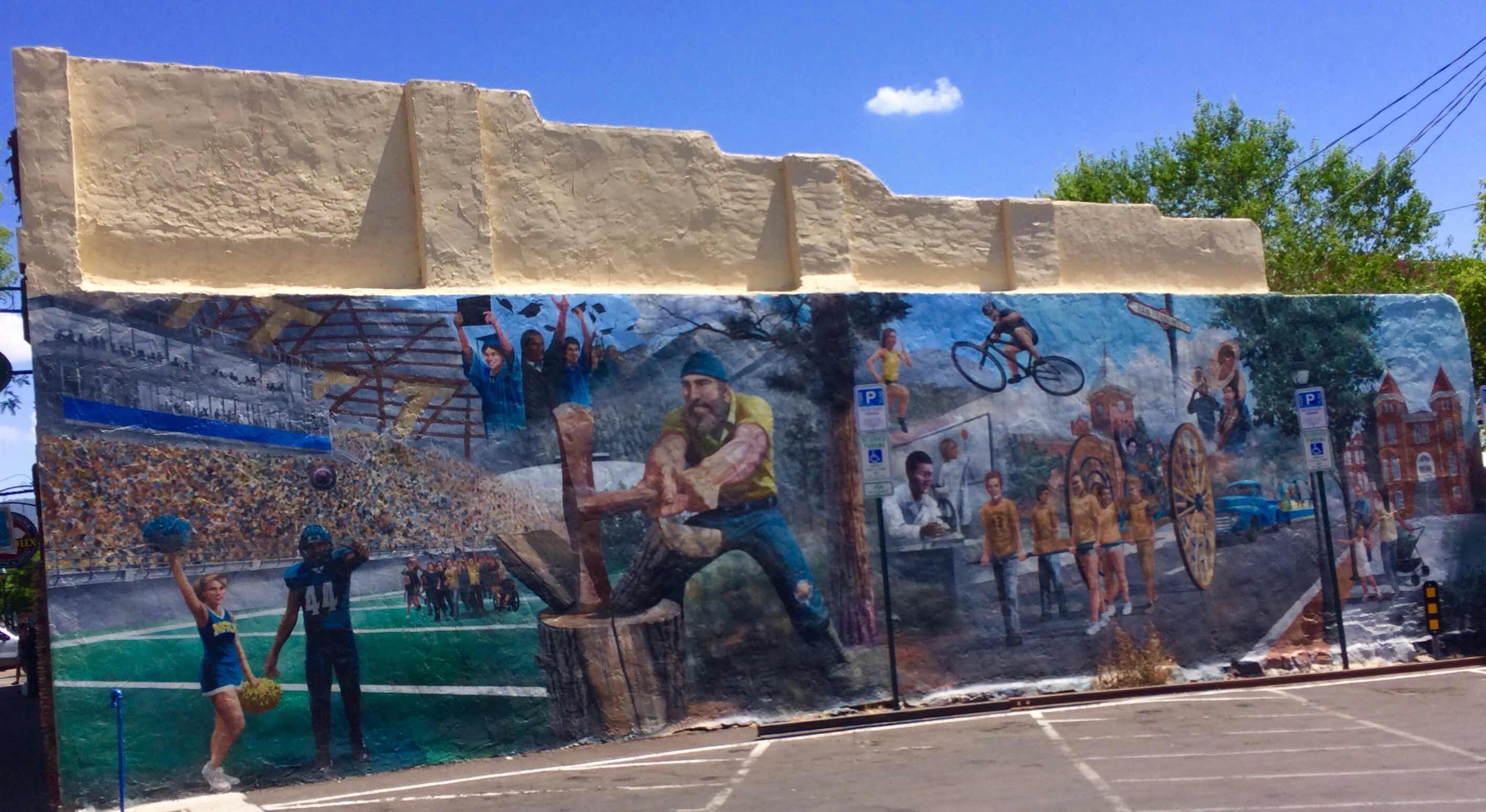 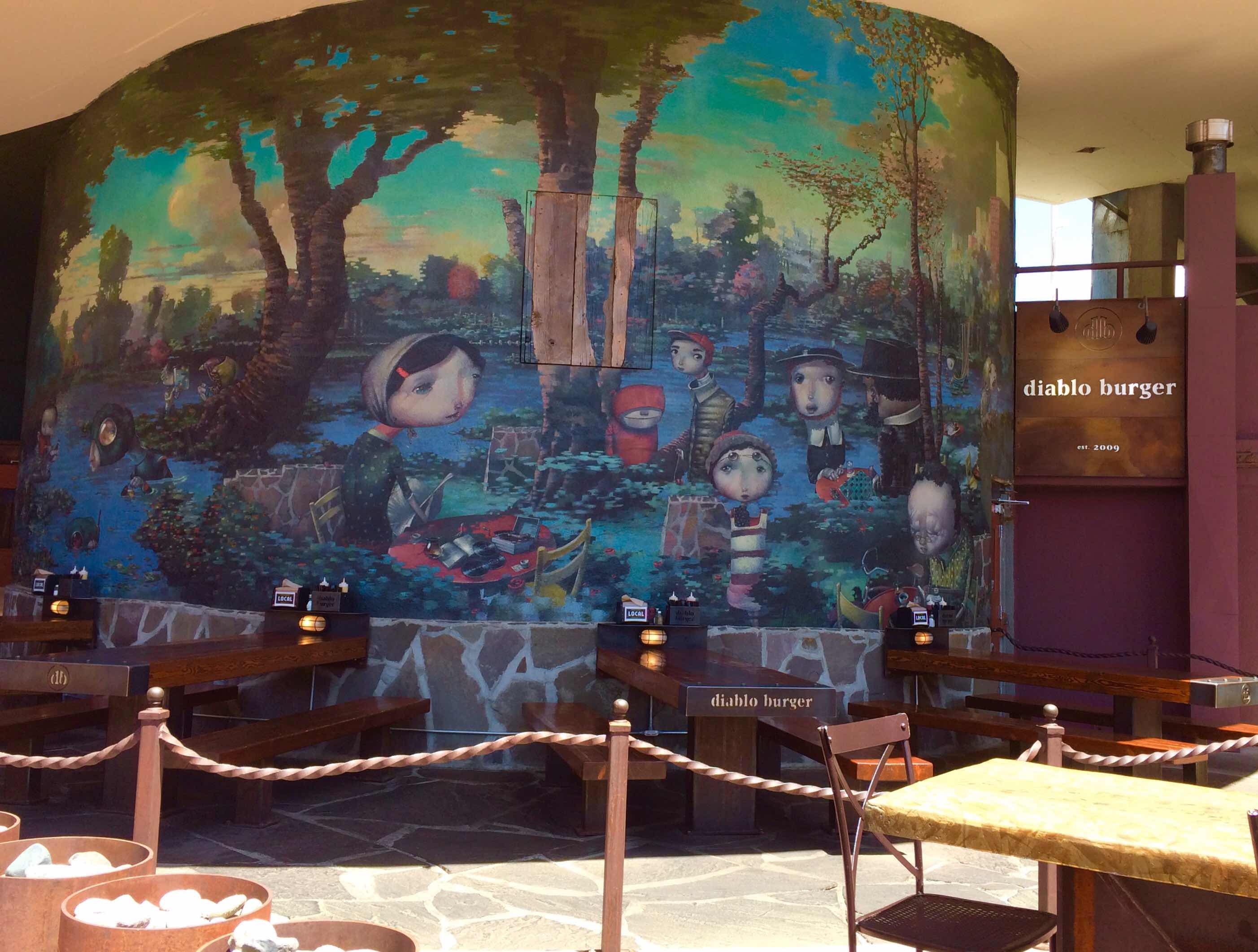 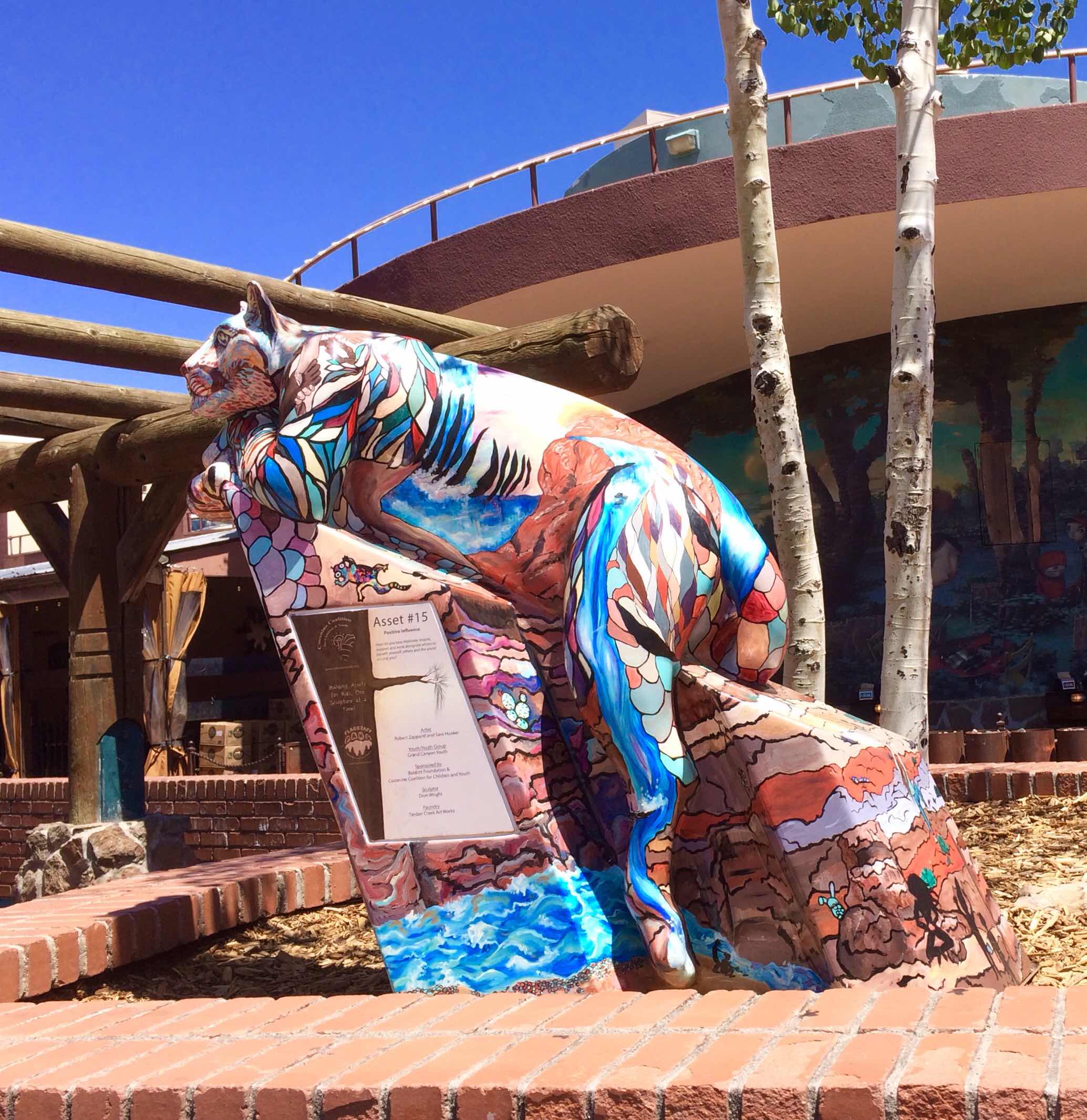 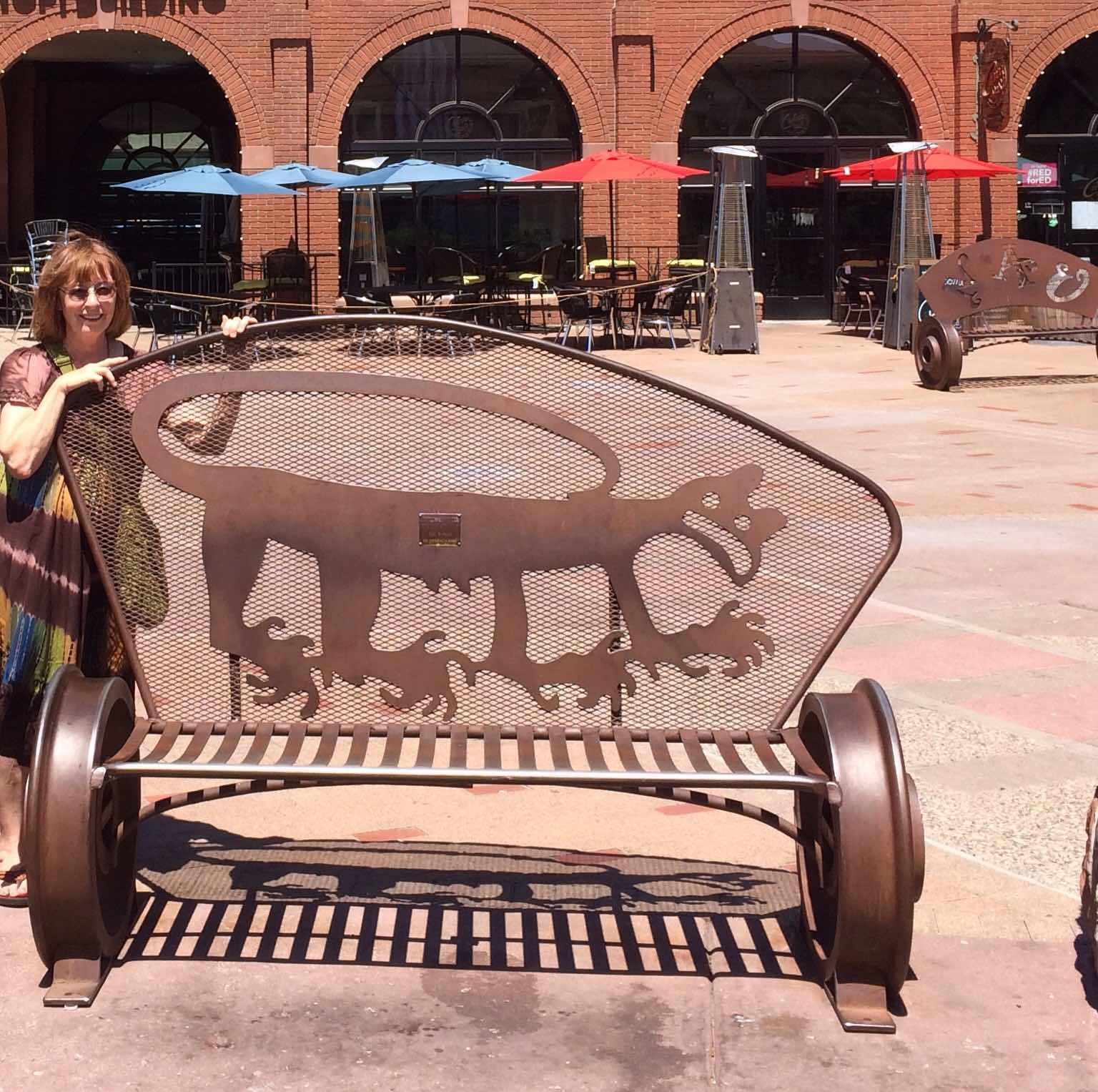 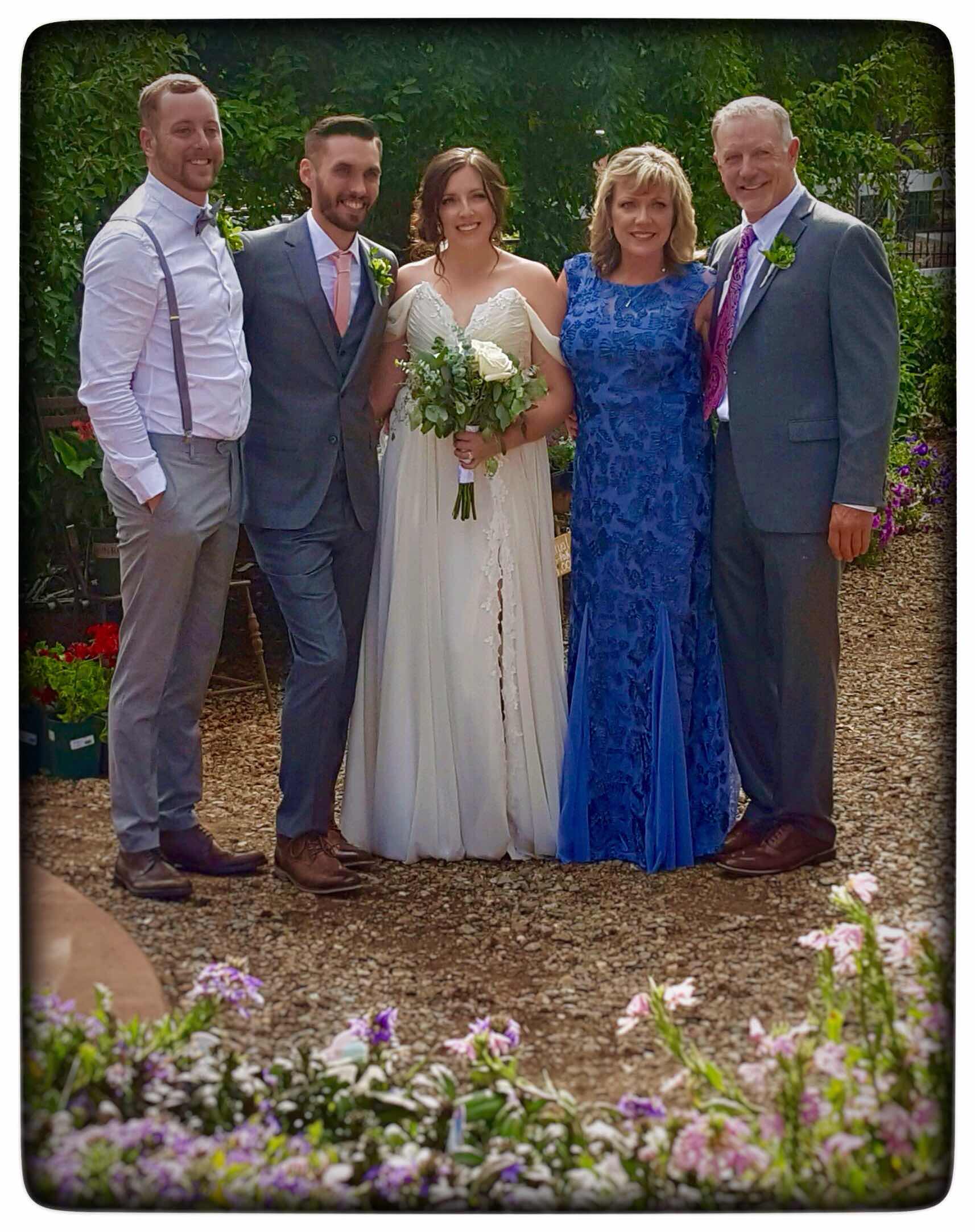 And the main event!  L to R, brother of bride, groom Spencer, bride Alexis, bride's mother, bride's father - The Writer's brother.  It was a beautiful wedding, outdoors in a flower garden following a rain shower that cooled everything off.
Posted by Cynthia at 1:29 PM