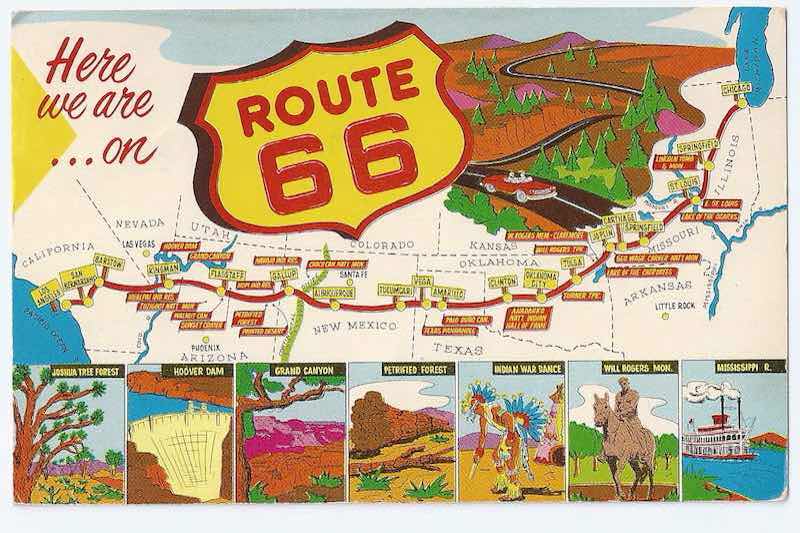 Route 66, aka "The Mother Road" and "The Main Street of America," was an epic dirt and gravel road completed in 1926, stretching 2,248 miles from Chicago to Los Angeles.  Before it became a popular route for tourists, it was the way west for those who migrated during the Dust Bowl of the 1930s.
In the 1970s, Rt. 66 was replaced by the Interstate Highway system but parts of it, designated Historic Route 66, are still open for travel.  That includes a chunk that passes through Flagstaff, Arizona.
Besides a conduit for travelers, Rt 66 was a major contributor to the economies of the towns it passed through.  Restaurants, gas stations, souvenir shops, and motels edged the highway and brought welcome jobs to locals.  In Flagstaff dozens of motels that popped up

in the early days still line the highway on the way into town. Ours wasn't that photogenic but the one next to us had not been changed much since the 1950s and 60s. 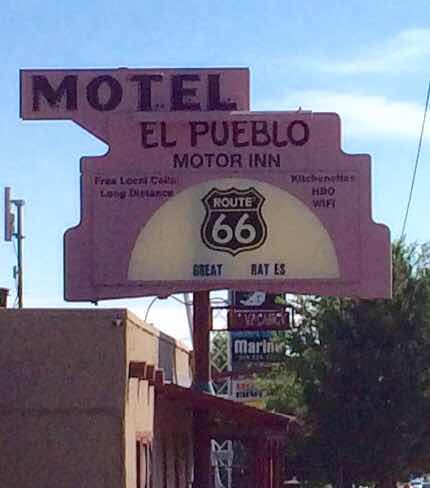 El Pueblo Motor Inn today has no air conditioning and appears to cater to bicyclists and those with their belongings in backpacks and plastic garbage bags and no transportation but their feet. 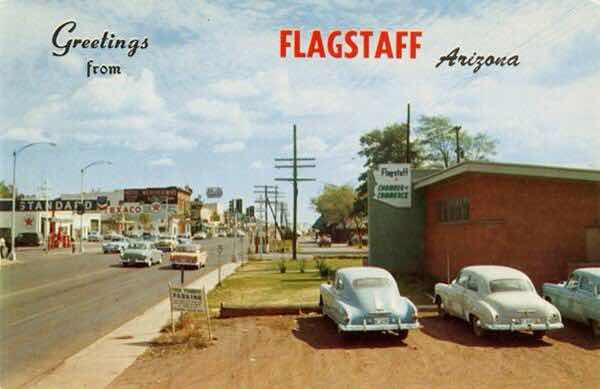 I was intrigued with the old neon signs downtown that still light up at night. These 60-foot advertisements were erected in the 1930s to attract customers beginning to discover recreational car travel. 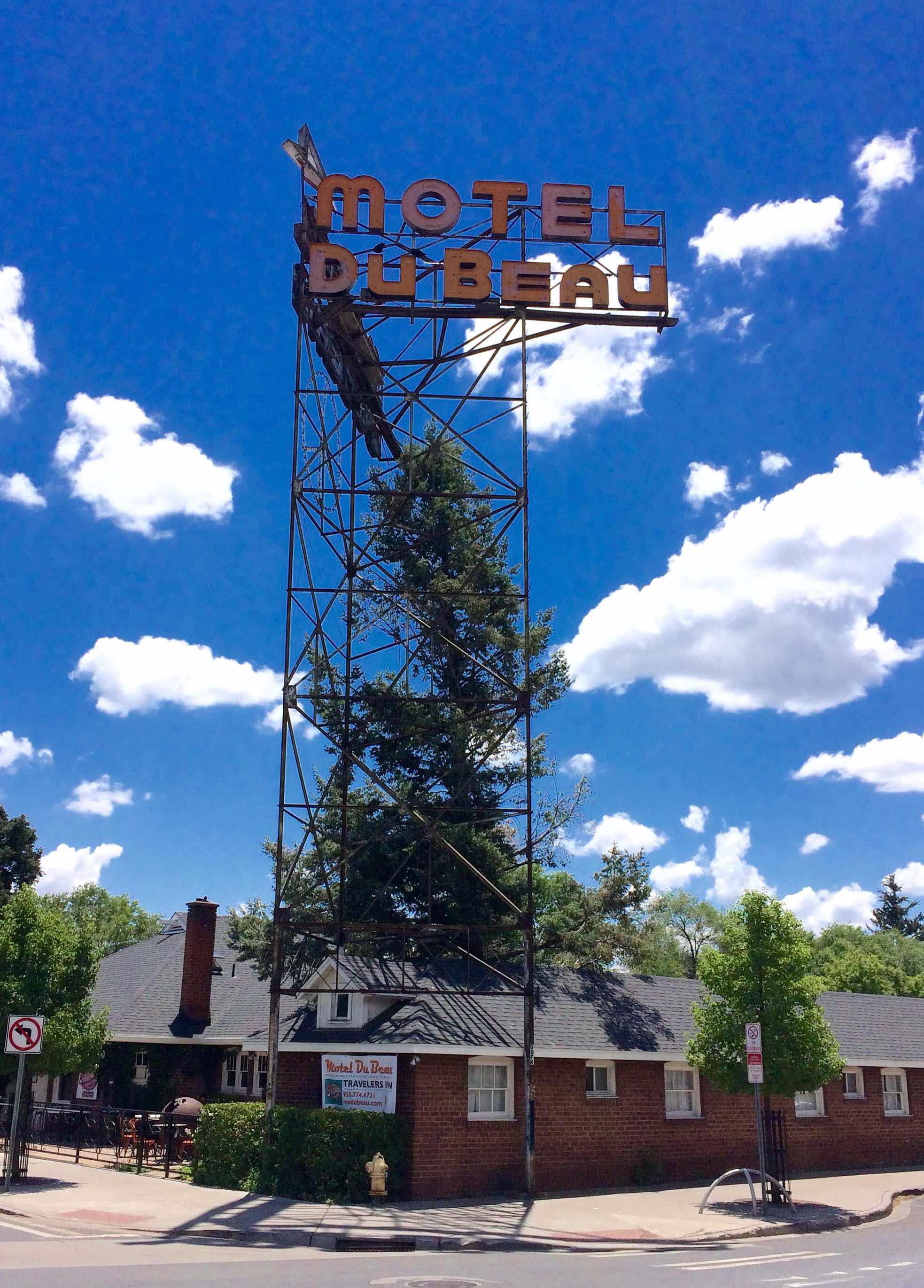 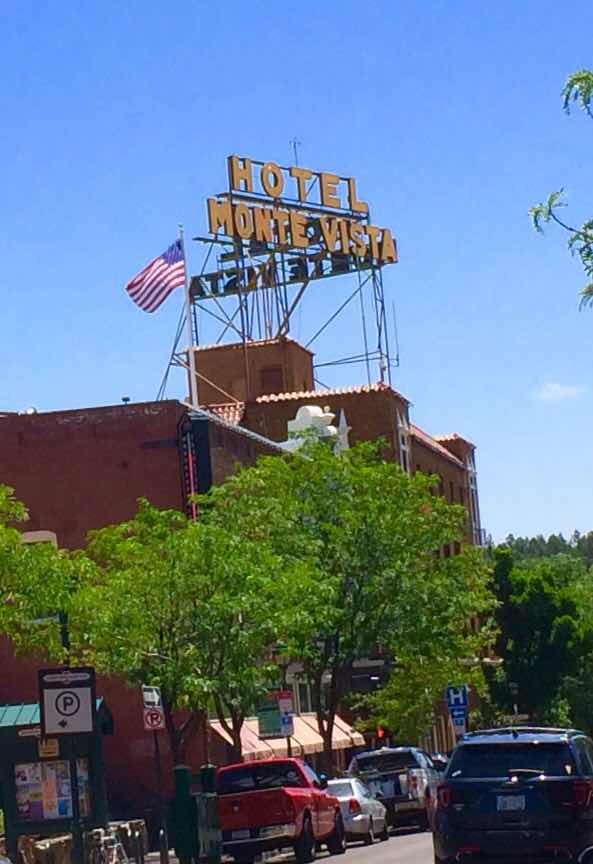 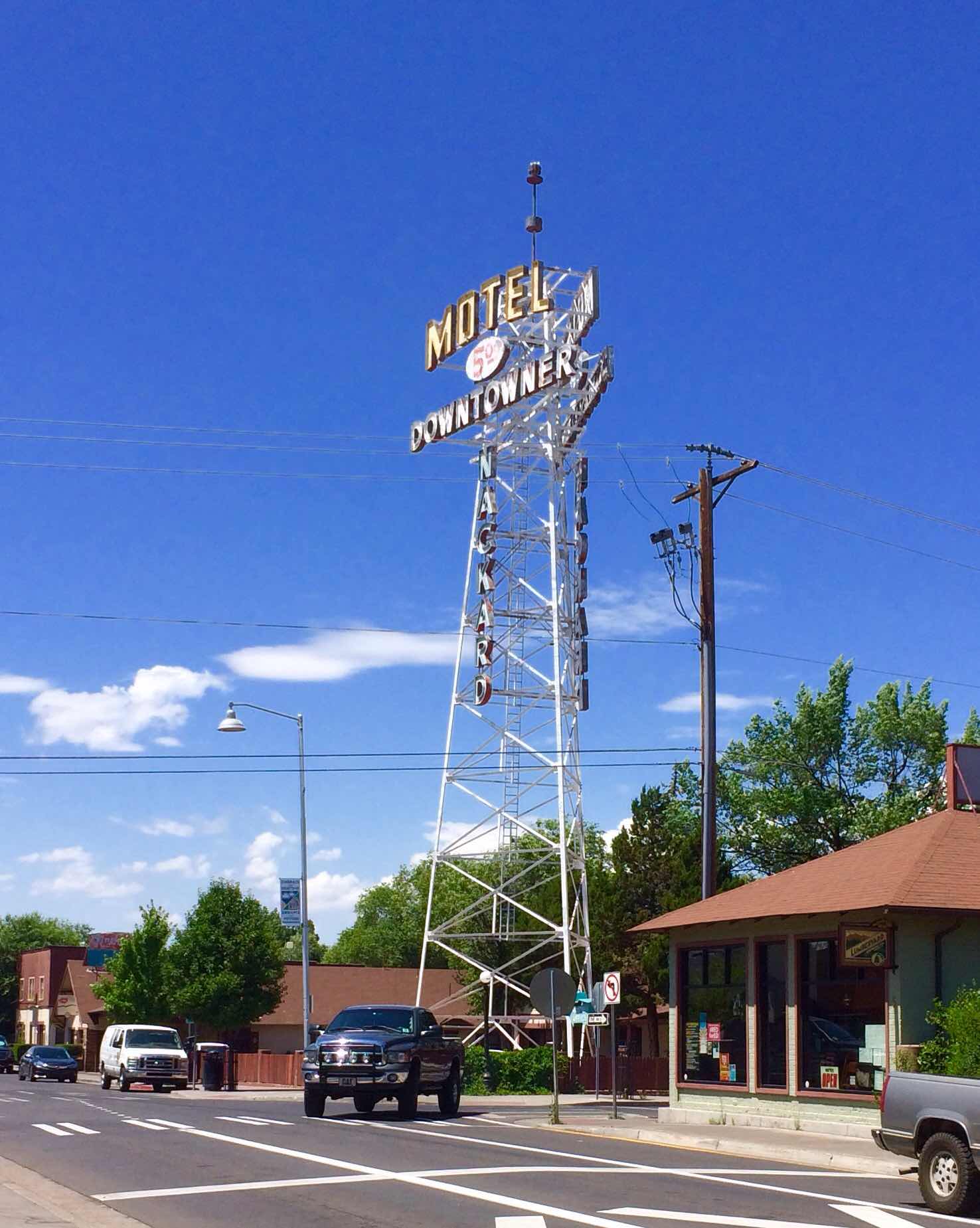 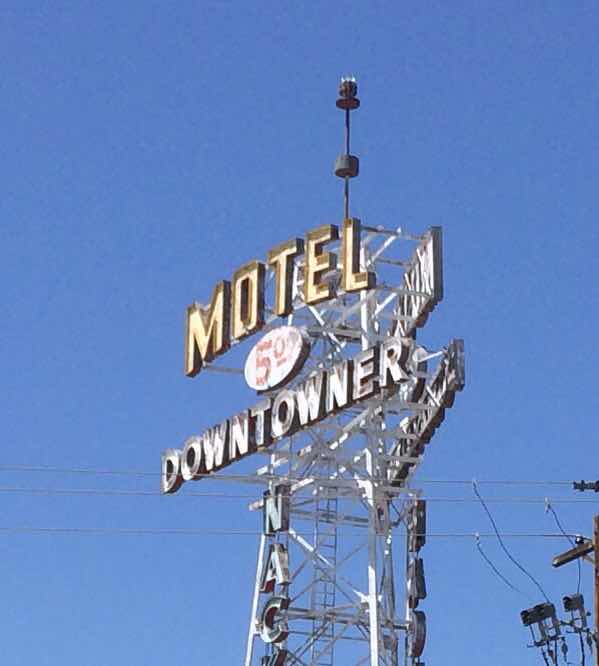 Hotel Monte Vista was built in 1927 for $200,000 from funds raised by local businessmen, including cowboys -and-Indians novelist Zane Grey.  Guests, including famous outlaws and celebrities, used the first self-service elevator in the U.S.  Below the hotel was an underground tunnel built by Chinese immigrants that contained opium dens, distilleries, and gambling machines, with access from the hotel above.
Du Beau Traveler's Inn was the first motel (1929) in Flagstaff and was advertised as being for "the better class of motorist."  Rooms went for $2.50 - $5 per night and had in-room baths, carpeting, and garages. Today it is an International Youth Hostel.
Motel Downtowner began as a series of brothels before the turn of the century, then, as prostituion was banned and car trips became popular, became the Nackard Auto Inn.  Today it is the Grand Canyon International Youth Hostel.
If I were a souvenir-buying kind of tourist, I would have bought this one: 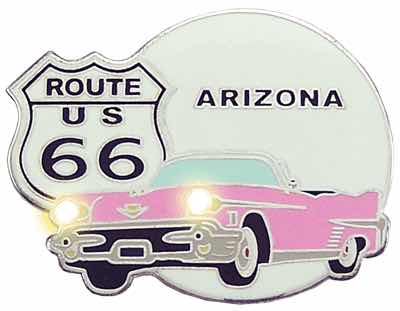 It is a pin and the headlights light up!
,
Posted by Cynthia at 4:28 AM