The day of the wedding in Flagstaff we took a few hours to explore nearby Wupatki National Monument where the ruins of early civilizations are carved out of red rock in the desert.  It is hard to believe that there are 800 different ruins, that large communities nestled between the Painted Desert and the high desert once flourished in such a harsh environment. 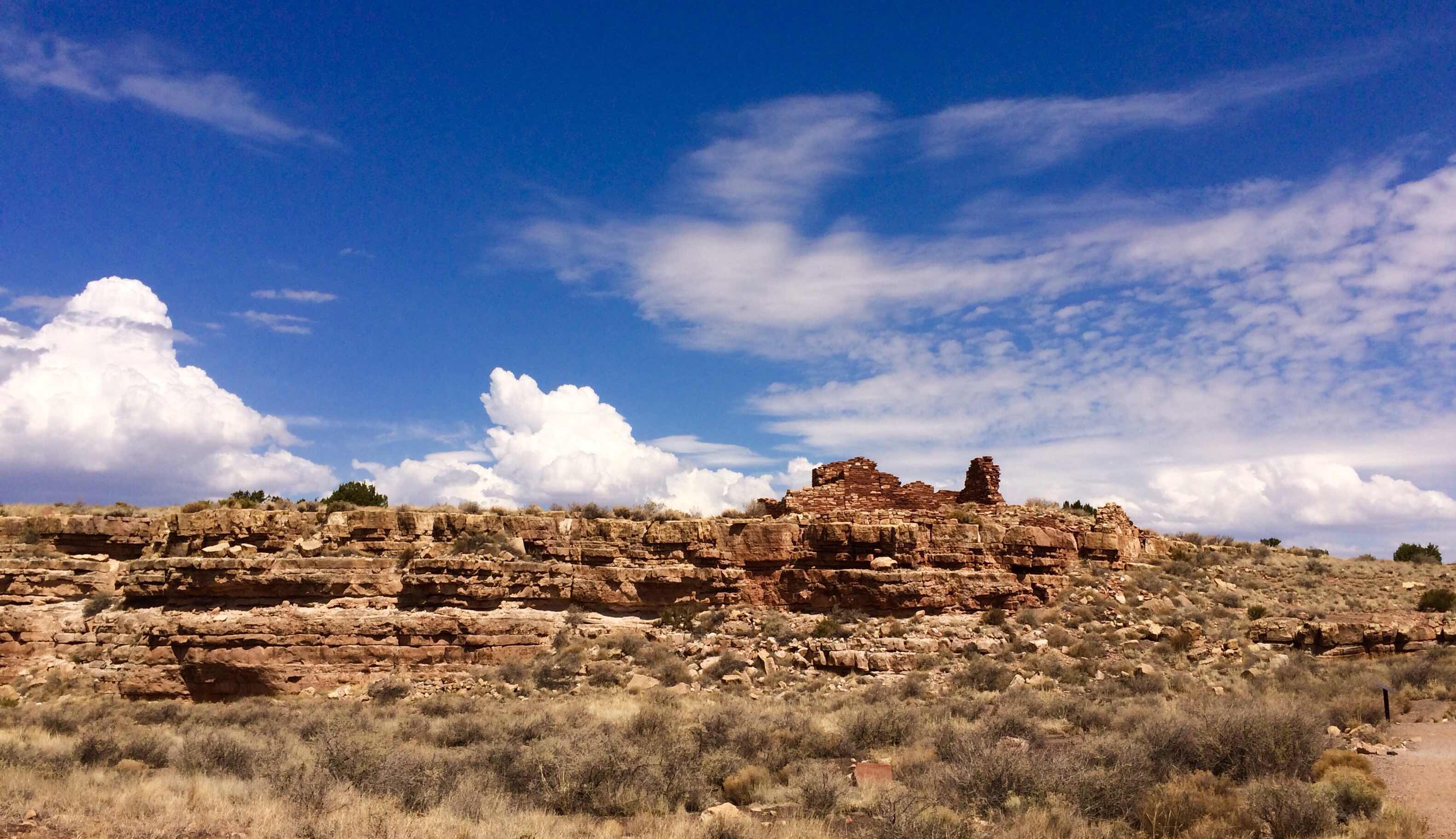 The first ruins we saw were the Box Canyon ruins, built 800 years ago. 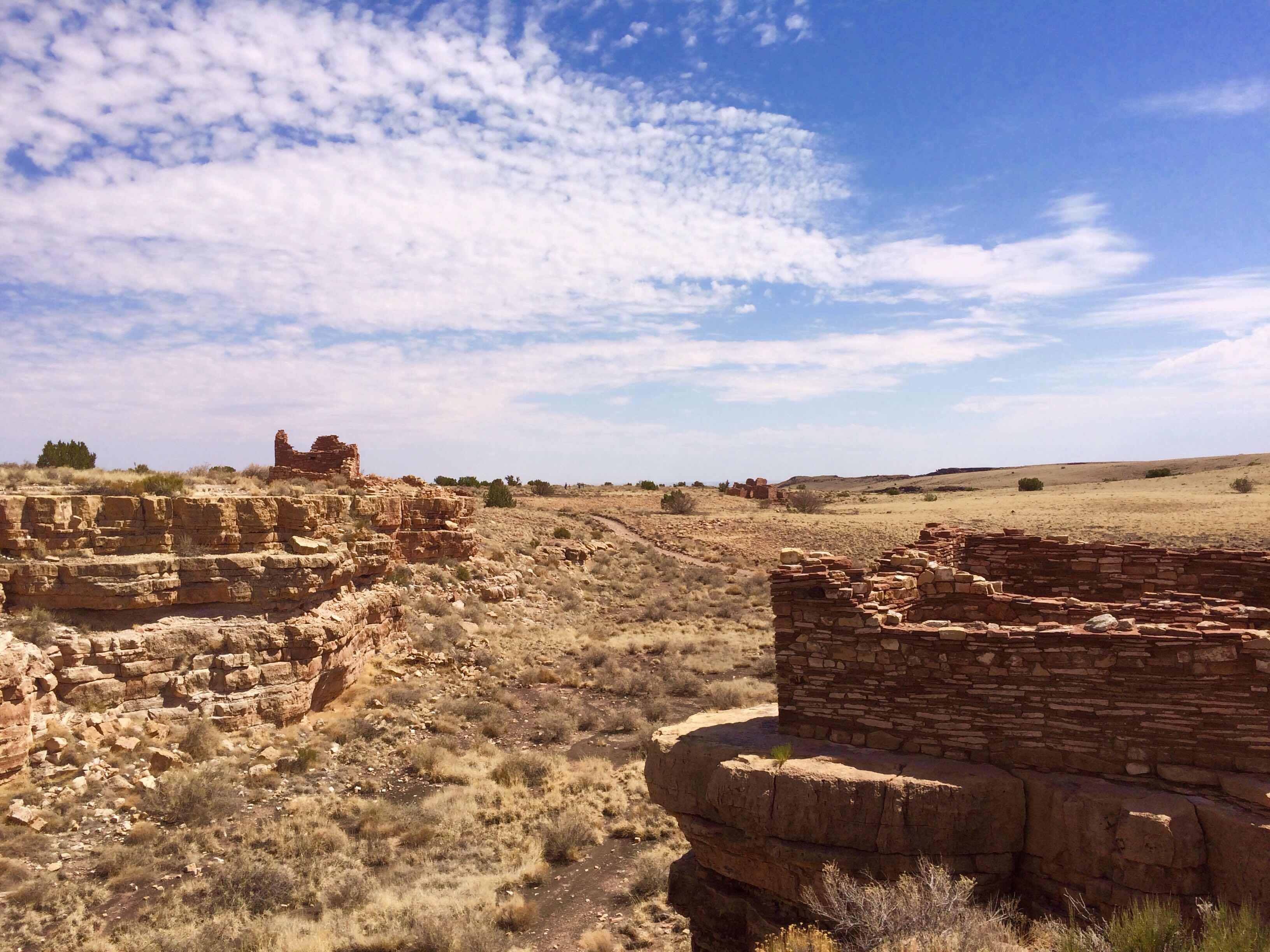 The pueblos were made of sandstone bricks and roofed with timbers, smaller branches, then mud.  A hole in the roof was the only entry and exit to the rooms.

Crops were raised in the fertile ash from nearby Sunset Crater Volcano -- squash and corn -- from 1100 AD until 1250 AD, when the people seem to have moved on.  There were no springs; water came solely from the rain.
As we climbed the half mile trail to the ruins, the silence was so complete it felt like a pressure against our ears. 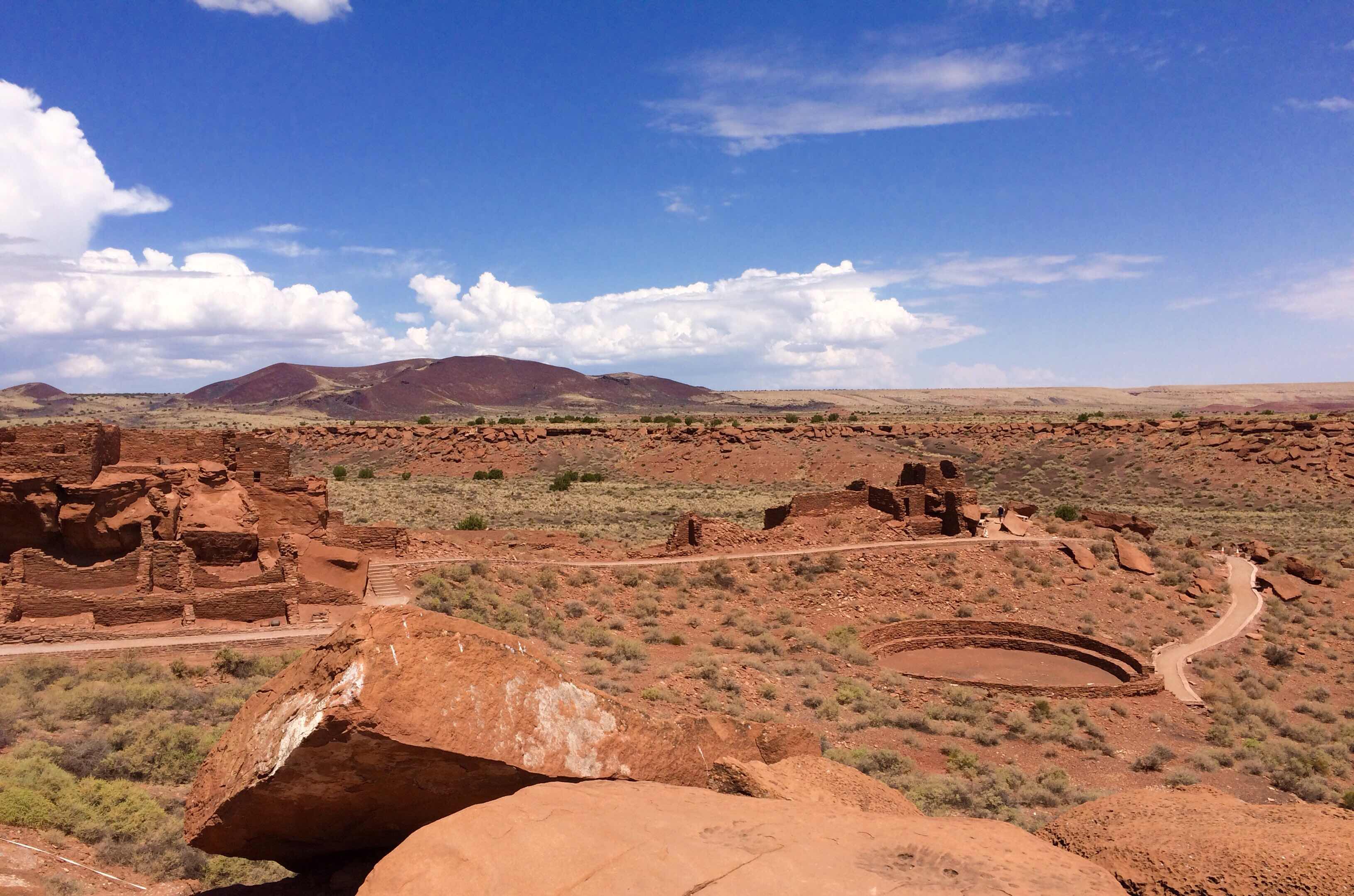 The next set of ruins, the Wupatki pueblo, was the tallest, largest, richest, and probably most influential in the area.  It had over 100 rooms housing 85-100 people, and was within a day's walk of thousands of their neighbors.  They also had large ceremonial structures and even a ball court for a game probably similar to raquetball.  Smaller kivas on the site were used for religious and political meetings. 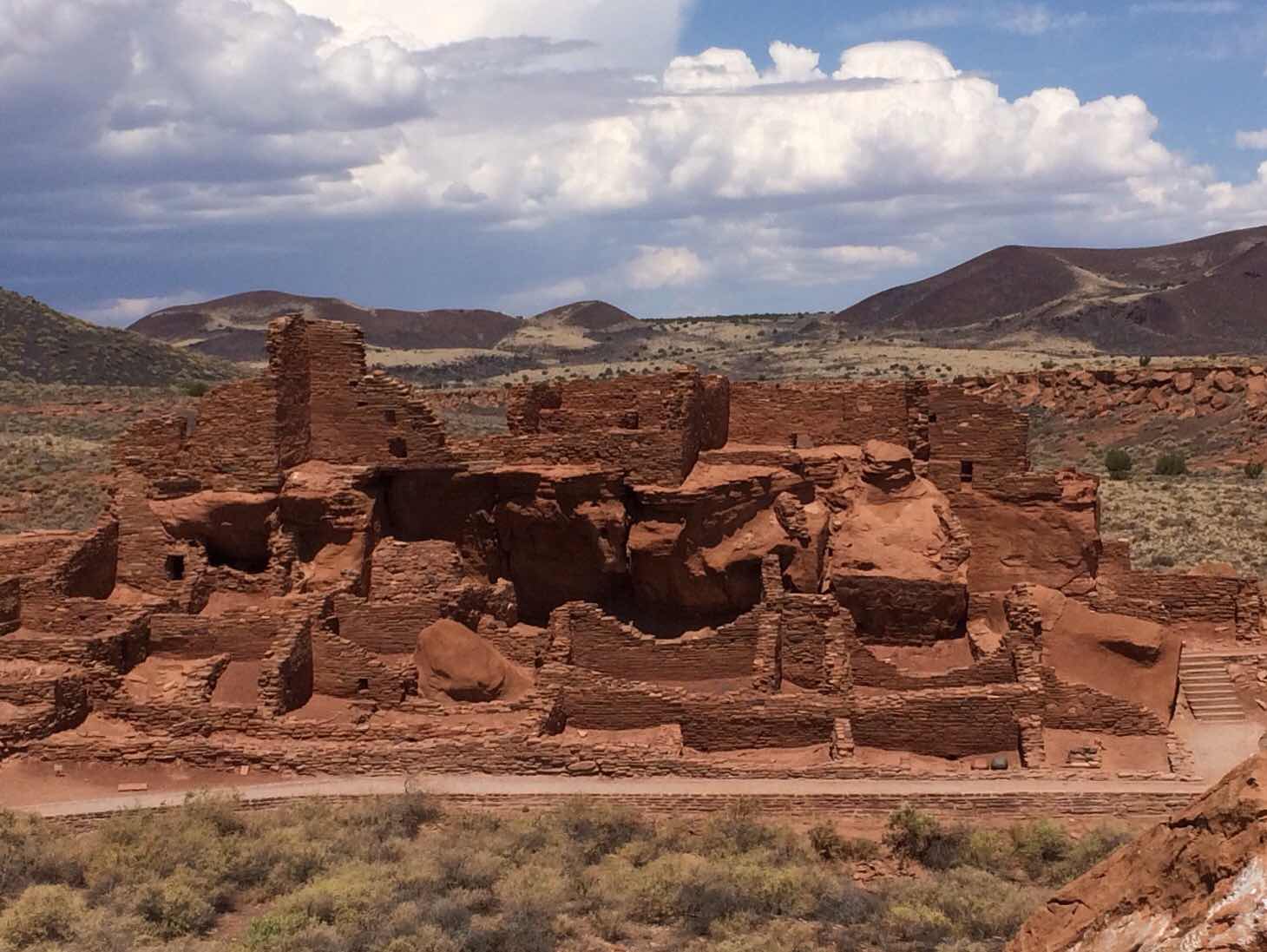 Wupatki means "tall house" in the Hopi language and these were the ruins (right) of the tall house, 100 rooms and a large community room.  Archeologists have determined that about 2000 people lived in this area during 1100-1250.  Articles of trade found include turquoise, copper bells, shell jewelry, and even parrots from as far away as the Pacific and Gulf coasts.
None of these ruins is restored but remain as they were found by explorers in the 1800s. In fact, when the first park ranger came to stay at the site, he and his family lived in rooms of the ruins of the Wupatki pueblo!  I guess these ancestors of the Hopi really knew how to build things.
I felt in awe to be standing there looking at something that old in America.
Posted by Cynthia at 4:46 AM