We went to an huge art show last weekend in Lake City, SC, a small town in the midlands that holds an annual juried show for Southeastern artists.  Big prizes (like the first prize of $50,000) draw 400 works, displayed in historic buildings all over town.  The entries seemed to lean heavily toward political and social problems for their inspiration.  I thought I would show you some contenders and see what you think.
Which one would you pick for the $50,000 prize? 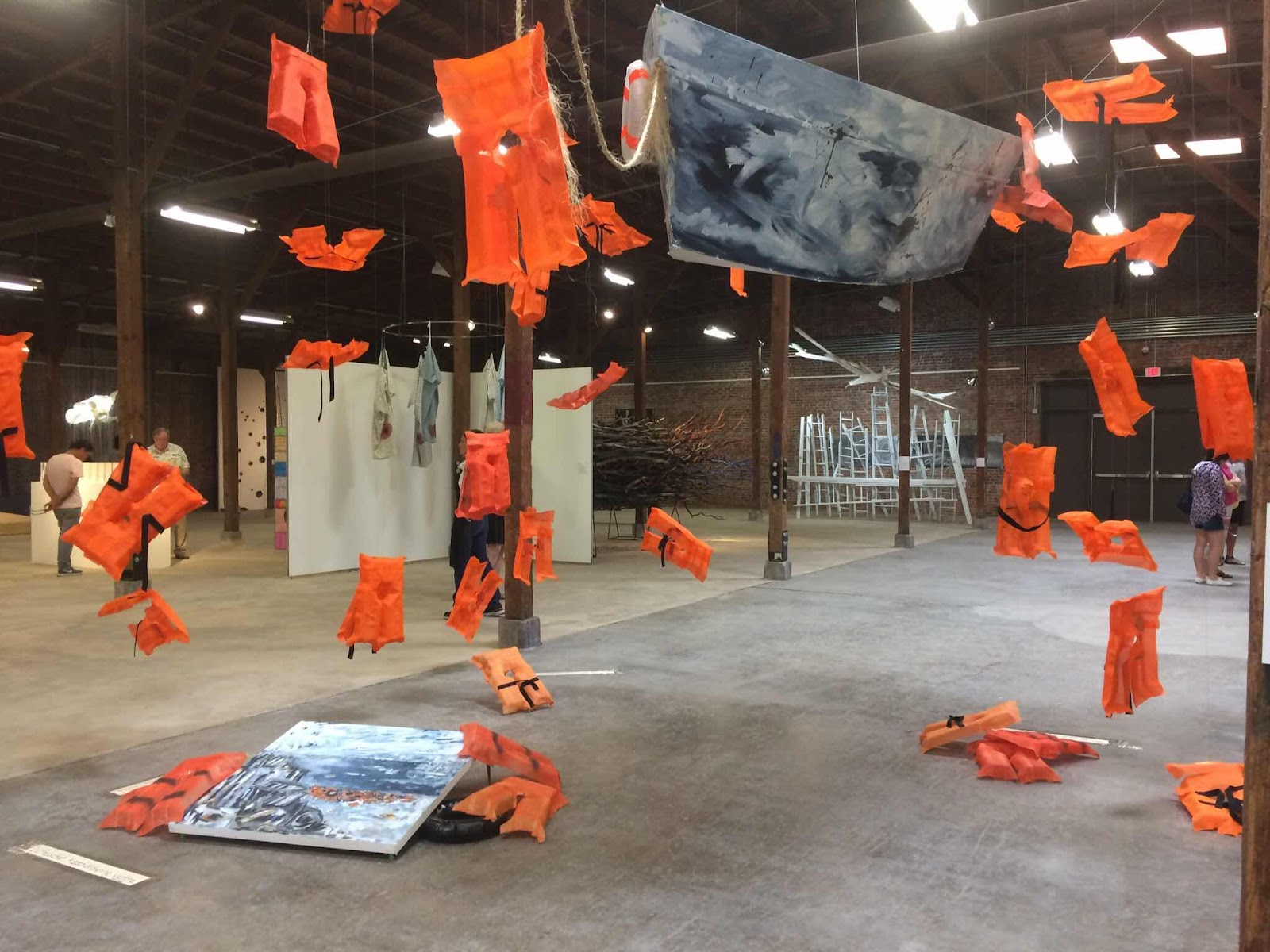 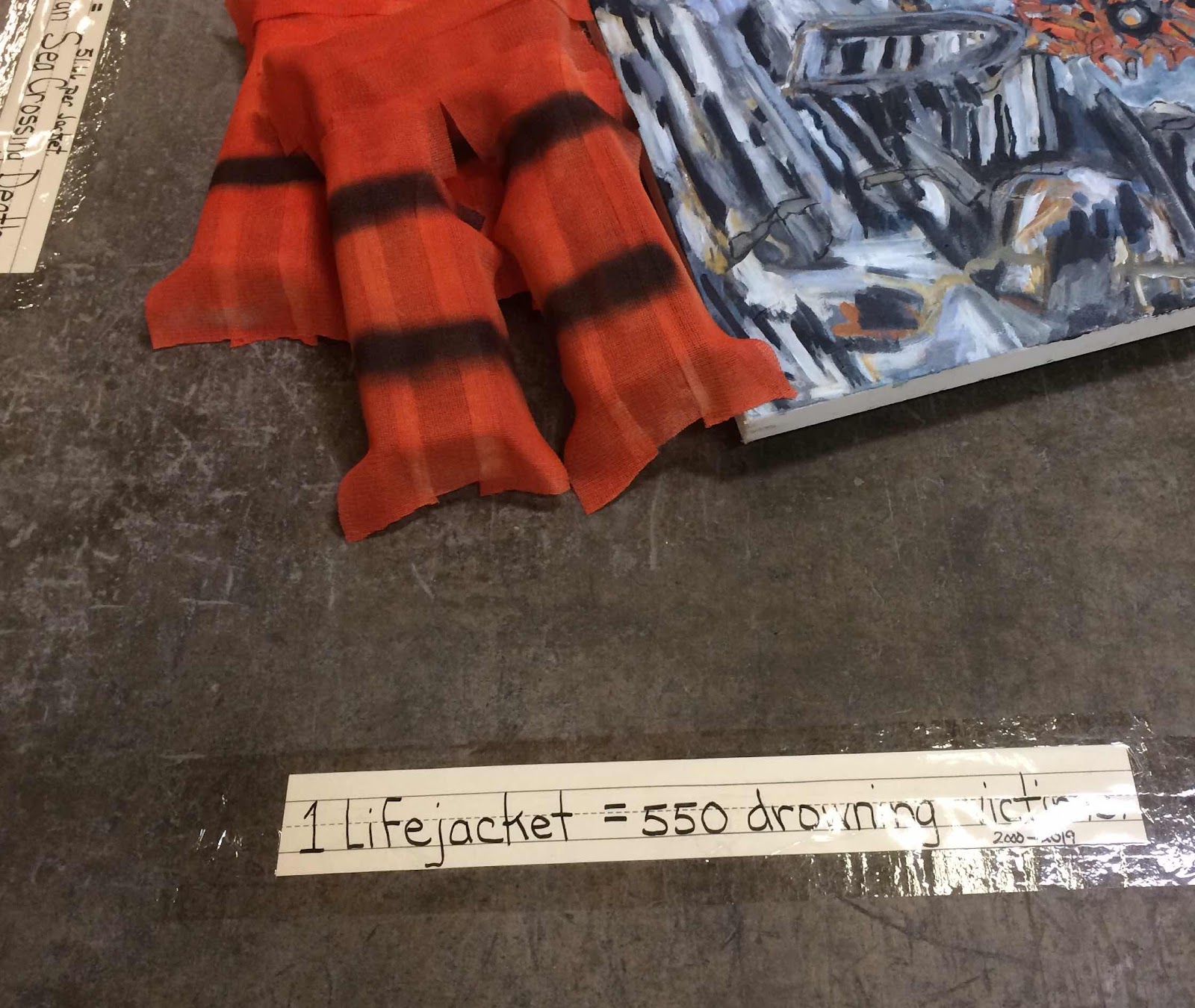 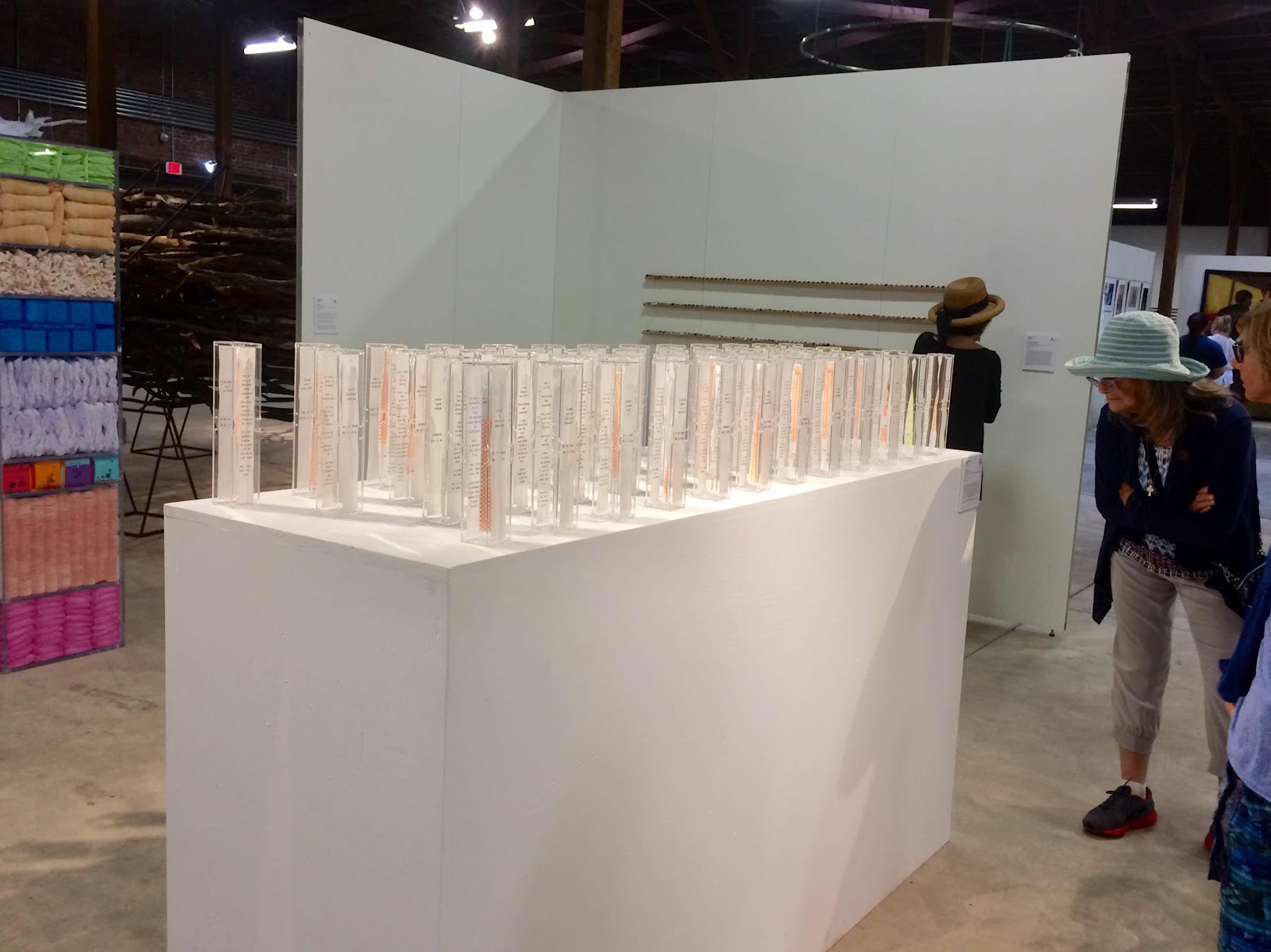 DescriptionOn June 12, 2016, Omar Mateen, a 29-year-old American security guard, killed 49 people and wounded 53 others in a mass shooting inside Pulse, a gay nightclub in Orlando, Florida, United States. Orlando Police Department officers shot and killed him after a three-hour standoff. 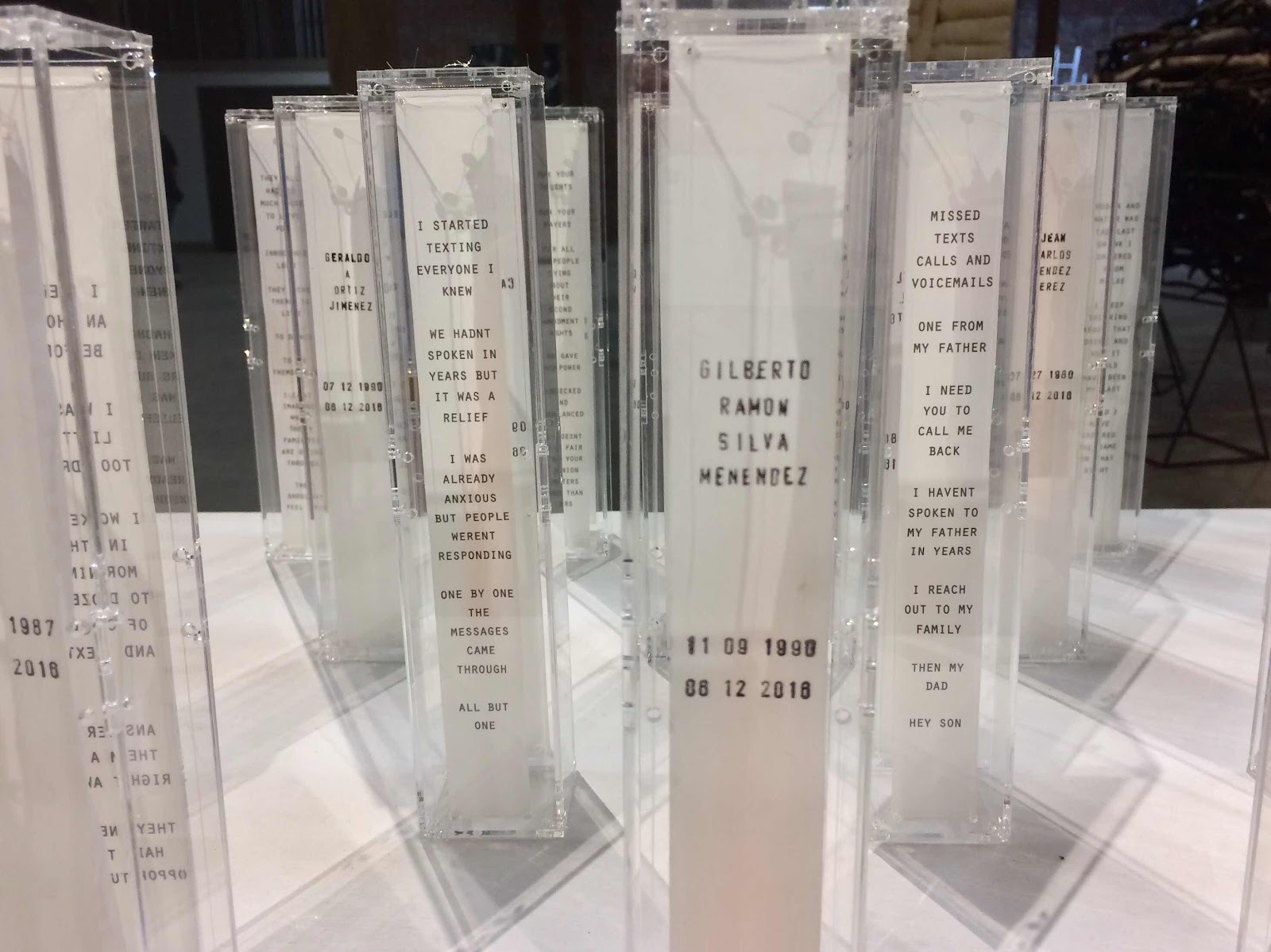 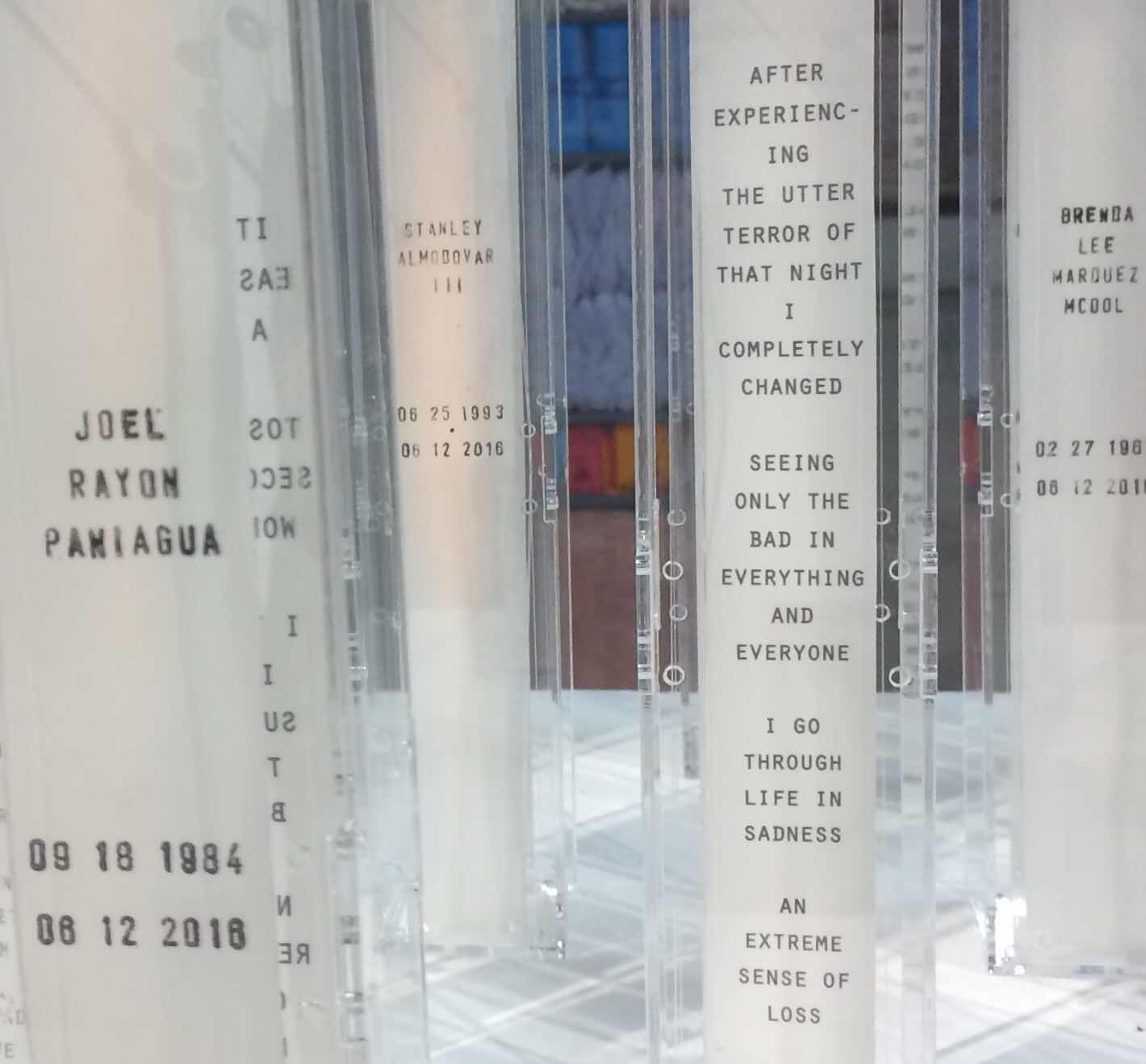 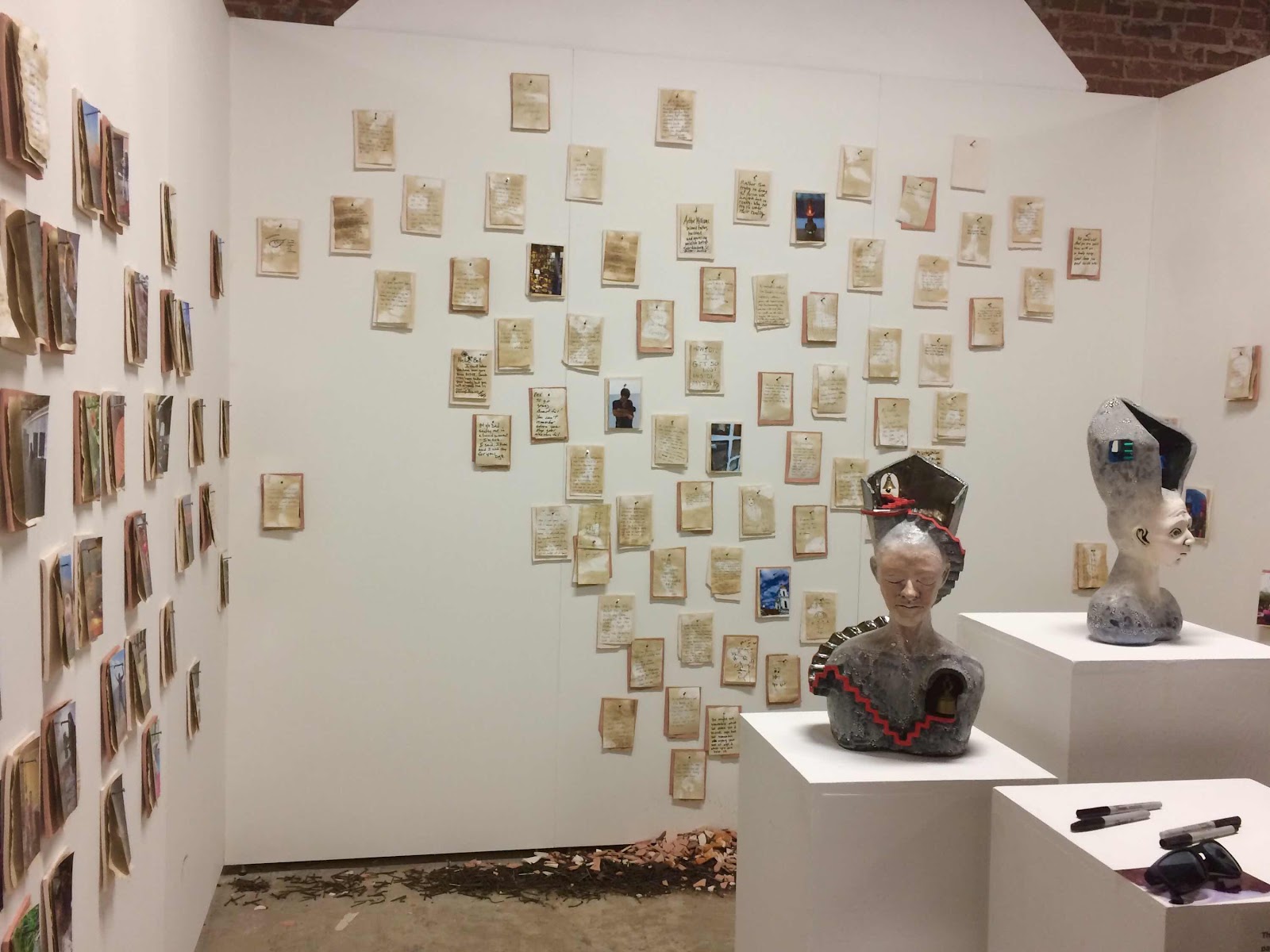 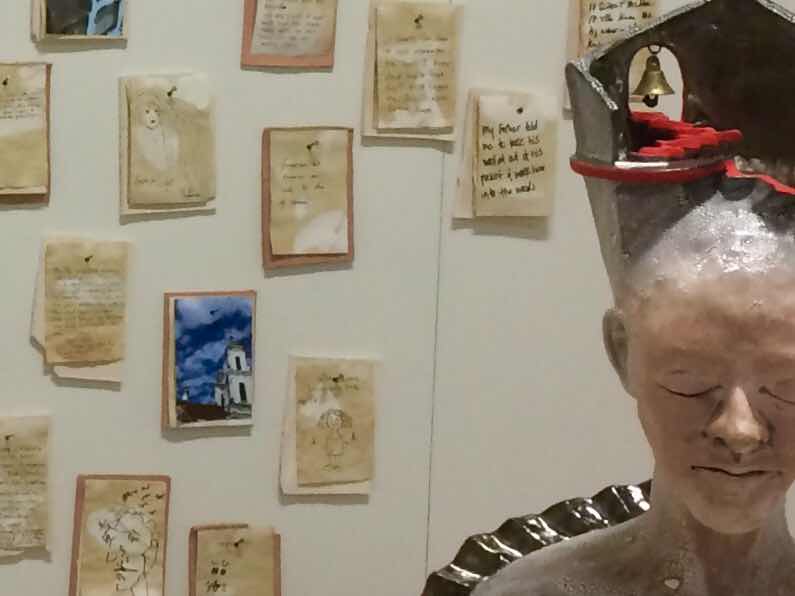 The piece is about those afflicted with degenerative brain diseases such as dementia and their loved ones who care for them. The artist Olga Yukhno says, “They have to live through these experiences, sometimes for years, seeing the person disappear every day, become less of themself. It's like living a perpetual funeral, losing them one brain cell at a time.”  Besides the photos there are small notes written by friends and families who have lost a loved one that way.
And the winner is ... #2!  “6/12/16”
The artist is a young man in graduate school who says he is going to use the money to repay his student loans.
Do you think the judges picked the right piece?
Posted by Cynthia at 8:54 AM