"There can be no keener revelation of a society's soul than the way in which it treats its children."

The State School for Dependent and Neglected Children of Minnesota was created with the best of intentions: to take children out of the poorhouses and workhouses, feed them, educate them, and find adoptive families for them.  Built in 1895 on 329 acres outside the small town of Owatonna, the State School and grounds are majestic and peaceful. A tour is narrated by the voice of an elderly man who grew up a "State School kid".


﻿   Many, if not most, of the children were not true orphans; they had one or more living parent who couldn't take care of them and earn a living at the same time, came from an immigrant family that had more children than it could house or feed, or there was severe physical or mental illness.
﻿﻿﻿﻿
﻿﻿﻿
Babies were attended by nurses in what was advertised as a completely sanitary environment.  Sadly, many died of "failure to thrive" from lack of love and touch.  (Click on photos to see details.) 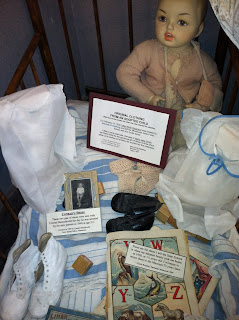 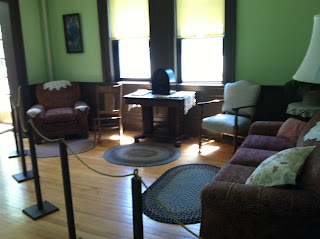 Each cottage had a front room, where children were never allowed, except sometimes at Christmas. 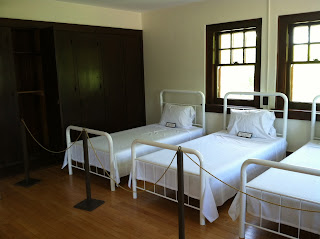 The pillows were just for show and not to be used.  They were stored in the closets for the night. 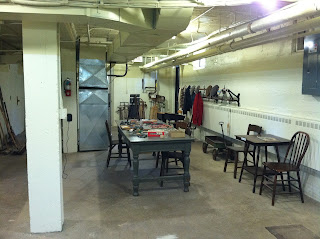 The cottage basement is where the children spent their indoor lives.  They entered and exited through a door in the basement and went upstairs only to go to bed at night. 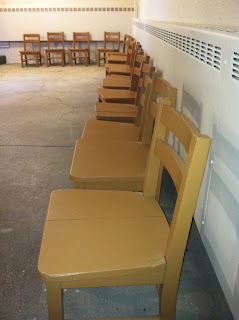 Each child had a chair where he sat and waited for the various activities of the day.  He dressed on his chair.  He was punished on his chair.  A little bag hung on the back of each chair with that child's possessions.
The institution included a farm that raised all the food for the children, an elementary school, electrical plant, greenhouse, kitchen, bakery, shoe repair, barber shop,  and butcher shop, and the children worked in all these, plus did the cleaning and maintenance of the grounds. Most of the children were trained in these skills and then indentured out into the farms of Steele County and the wealthy homes of Minneapolis and St. Paul.  Some were fortunate in finding good placements, but most were sadly misused and overworked, according to their memoirs.
A memorial walkway leads to and from the cemetery.  Some of my sadness went away when I read the inscriptions and realized that many of the children found love and a family after they were grown.
The school closed as an orphanage in 1945 and became a home and school for the developmentally disabled, which continued until 1970.  Many of the old buildings are still in use for other purposes.  The administration building and Cottage 11 are open to the public as a museum.﻿
My grandpa was an orphan in Minnesota in the early 1900s.  I don't know that he ever spent time in an orphanage, but he was shuttled among relatives who didn't want him and taken out of school in the third grade to work and "earn his keep."  He had a hard and sad life as a child, with many of the same memories of the man who narrated this tour.  Happily, he, too, became part of a family who loved him very much, including me. 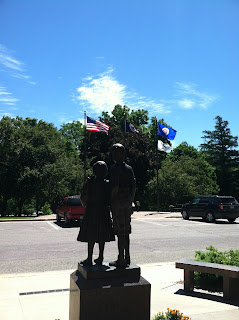