Mystery at the Museum 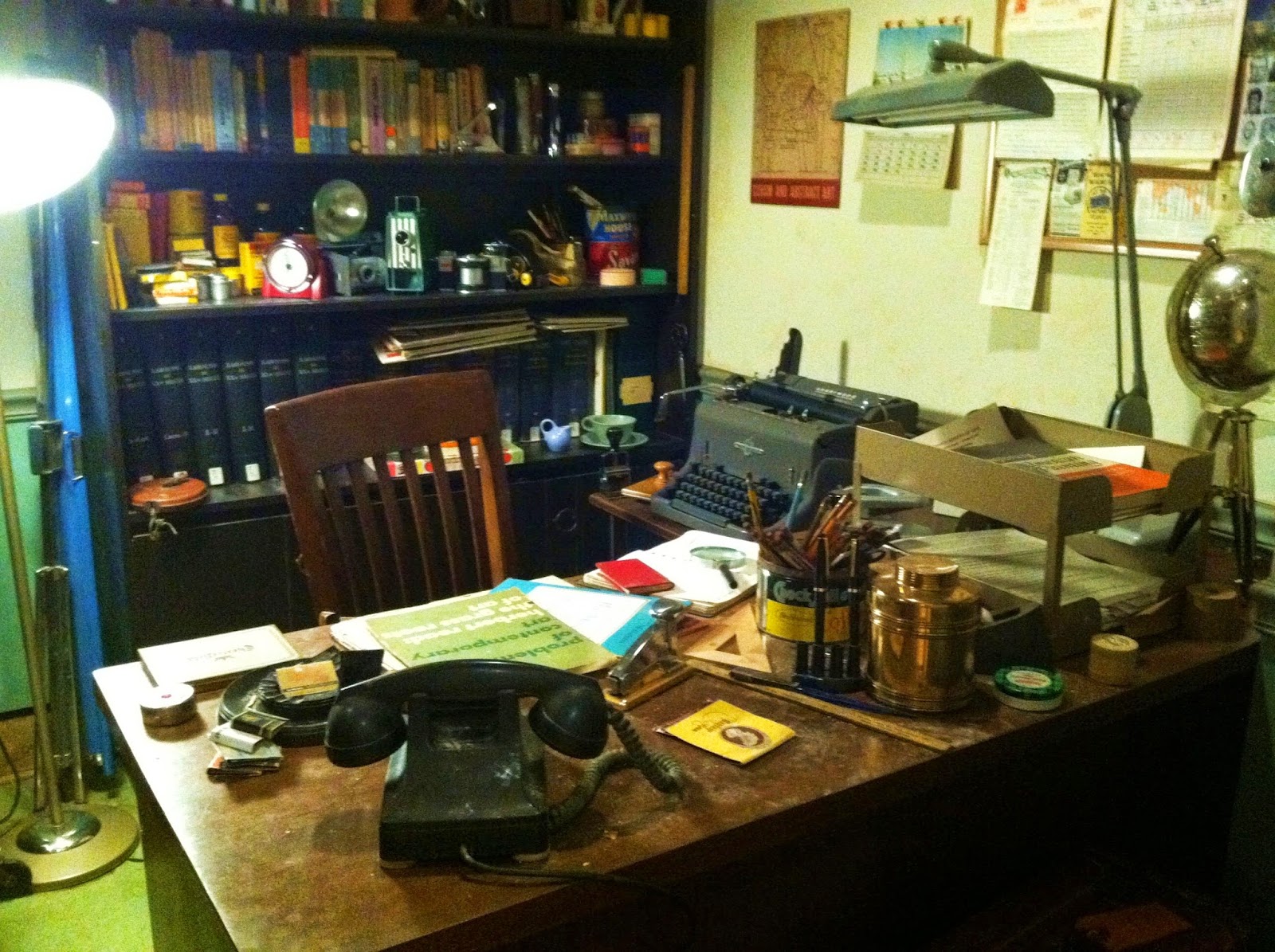 According to the sign, this room on exhibit in the Minneapolis Institute of Arts was discovered intact during a recent renovation. It was the office of curator Barton Kestle who disappeared mysteriously in 1954, just the way he had left it.

Mr. Kestle was summoned to Washington because he refused to "sign a loyalty oath" and disappeared without a trace enroute.  He was never found and his office was sealed up and forgotten about in some dark corner of the museum.


There are so many details in this room, right down to the stains on the carpet, a stopped clock, dust on the desk, coat, hat, and scarf hanging on a coat tree, a painting on an easel awaiting his attention.

My daughter and I were intrigued by this mystery, me because I had never heard of it which kind of surprised me.


Alas, WE HAD BEEN "HAD"!
Apparently we are in good company. According to the Star Tribune, when the exhibit opened, museum employees believed the ruse and one person called the newspaper demanding an investigation.

Ha ha ha.  A museum with a sense of humor!

Thanks for reading my blog.  It would brighten this gloomy, rainy day if you left a comment!