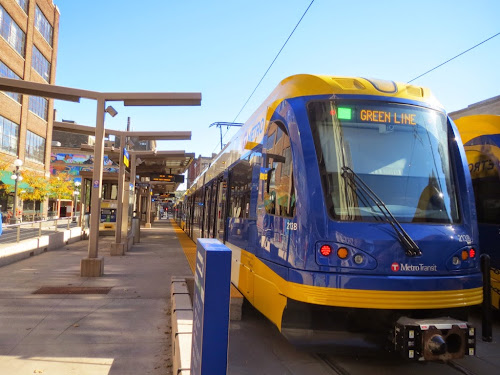 I'm really happy about the $1 billion new light rail line that connects St Paul with Minneapolis because it opens up a lot of new places for me to explore. I don't drive in either city unless I absolutely have to, happily turning over my 75 cents for a ticket and parking my car for free at the station farthest out.

It opened this summer and last week I had my first chance to ride the new rails. 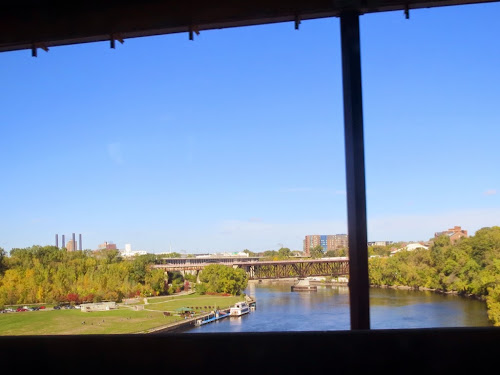 The new line is called the Green Line -- some say because it cost so much money.

When you change trains in Minneapolis, the Green Line trains head across the Mississippi River and through the University of Minnesota campus where the train has to slow down to a crawl so as to not disturb sensitive experiments going on in the laboratories there. 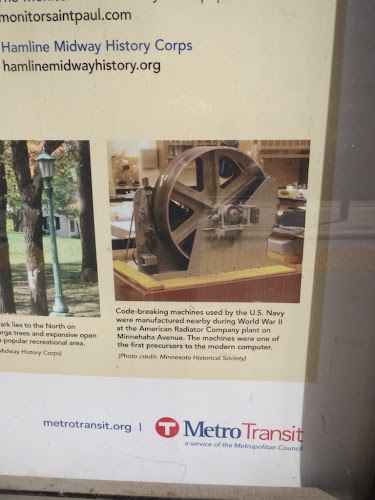 Each station has artwork that reflects that community's history or character and an information board with some interesting facts or something to see nearby. 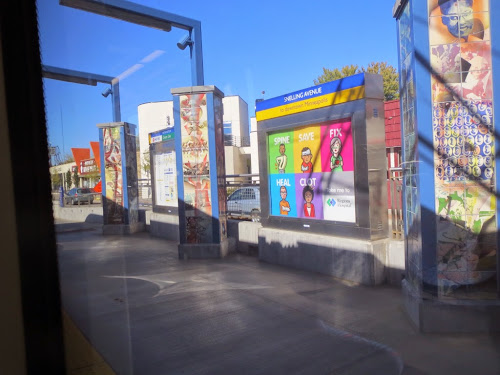 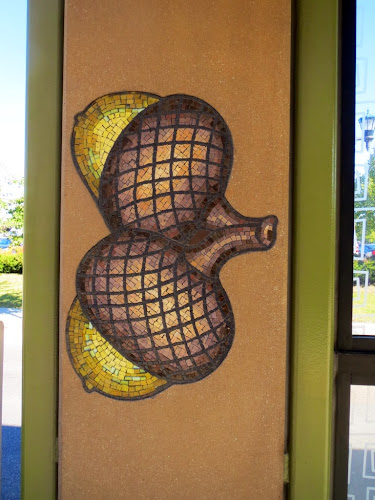 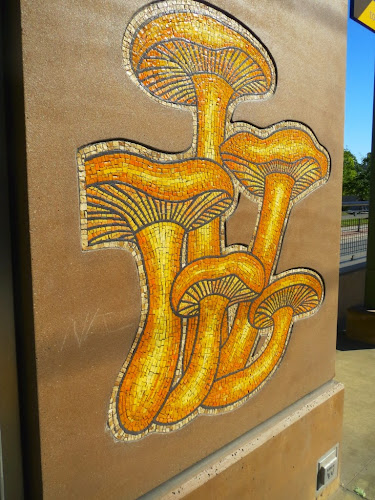 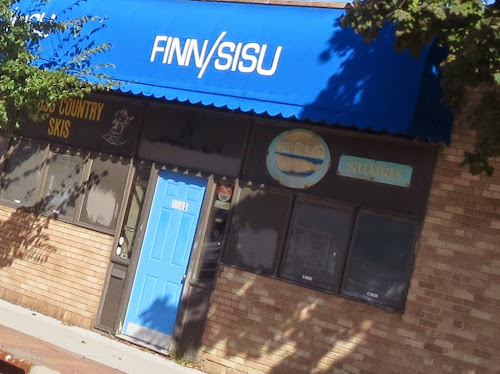 There are also a lot of interesting things to discover from the huge windows as the train travels through immigrant neighborhoods I've never seen before.

I took this photo for Connie at FarSideof50. I thought she might like to visit sometime and would feel right at home!

It's a Finish sauna that also rents cross-country skis in the winter. 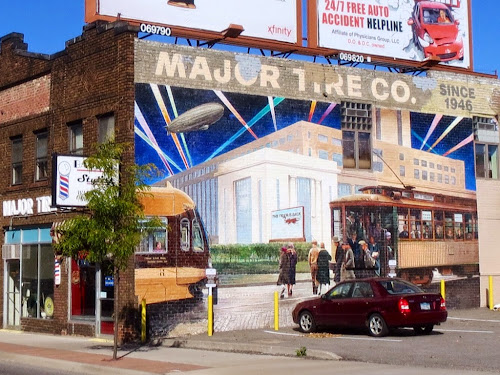 Old meets new in this mural -- streetcars used to run this same route up until 60 years ago. 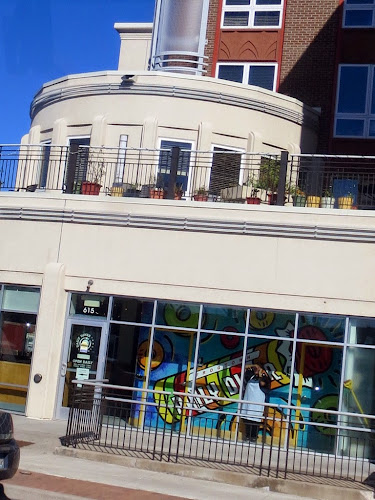 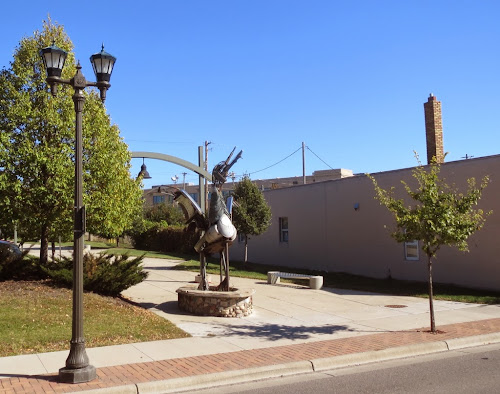 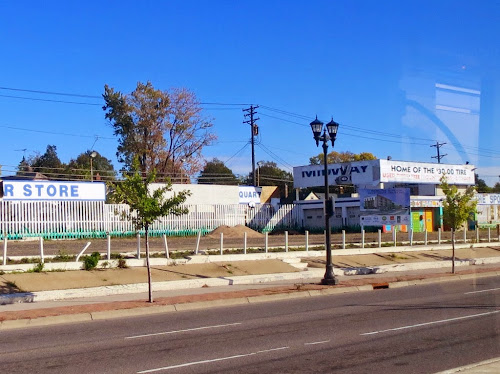 Several miles of the line run through areas that are victim of urban blight, but already signs of renewal are cropping up.

Smal ethnic restaurants are claiming empty buildings and giving them new life, and upscale apartments are being built in some of the old factories. 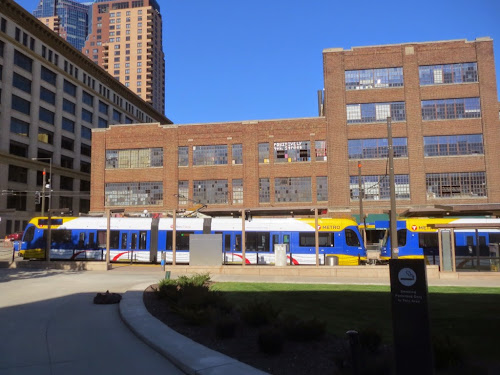 My destination was the end of the line -- the magnificent old Union Depot, recently restored to its former glory, in downtown St Paul. I'll save those photos for another day.

Thanks for visiting my blog. I really enjoy reading your comments and I'll be by to visit your blog in return.

Posted with Blogsy
Posted by Cynthia at 4:59 AM