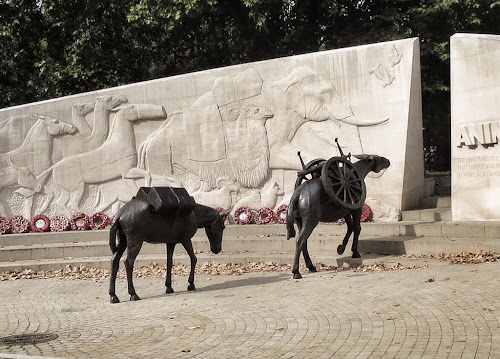 There is an unusual war memorial in London on a traffic island outside Hyde Park that I found beautiful and moving. It is the Animals in War Memorial, unveiled in 2004, commemorating all the animals that have served in 20th century wars beside the human soldiers.

All types of animals that have served are represented, from dogs, birds, and horses to camels and elephants. 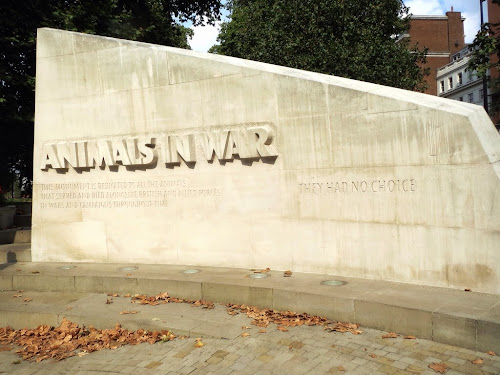 "They had no choice."

These two halves of a semicircle with an opening at the center form the front. 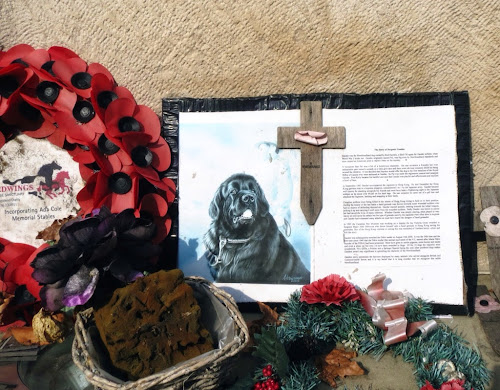 This dog, called Sargeant Gander, served in World War II. He died by grabbing a grenade about to explode and saved the lives of several Canadian soldiers. 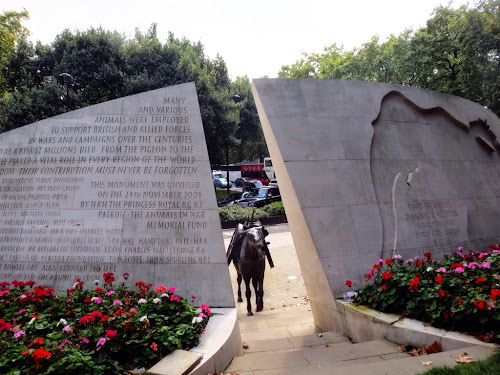 From the back of the memorial, looking through at the pack animals in the front 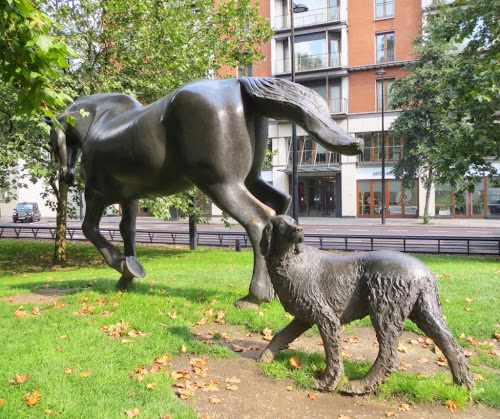 Animals at the back of the memorial

The horse seems to lead the animals into eternity, the dog looking back at the donkey and pony coming from the front of the memorial. It's beautifully done art, thought-provoking and moving.

Posted with Blogsy
Posted by Cynthia at 10:42 AM