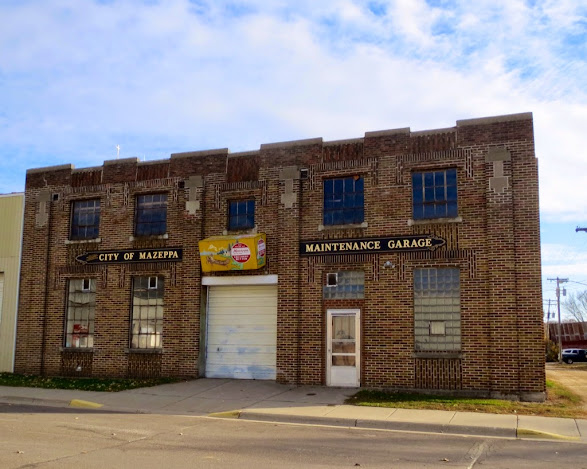 In days gone by every little town in Minnesota had its own creamery, a cooperative of dairy farmers to transport and sell their product.

A set of circumstances -- the economic situation following World War I, butter substitutes gaining popularity, and the entry of butter imported from Denmark -- saw milk prices falling at an alarming rate. Farmers had to band together to save their farms.

Creameries are unassuming boxy buildings with an unmistakable look. This one, which came about in 1919, is in Mazeppa. 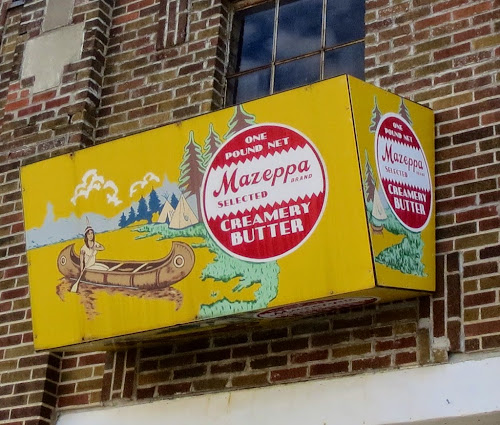 Most of the old creameries have disappeared from the landscape and the buildings that remain sit empty.

I love that Mazeppa has found a new use for the building, and they have even saved the old advertising sign for Mazeppa butter.

The land in this area was occupied by Sioux Indians when the town was settled and I suppose that's where their butter logo came from. Mazeppa was named after the poem of the same name by the British poet Lord Byron, but I think the Indian maiden probably sold more butter than Lord Byron's face would have.

I'm lucky enough to live near enough to an old creamery to buy my dairy products. The cream is twice as thick and the milk and cheese cheaper and fresher than the grocery store. If I go early in the morning, there are a few farmers sitting at the dairy bar eating donuts and shooting the breeze.

Thanks for reading my blog today. I love to read your comments and I will be by to visit your blog in return.

Posted with Blogsy
Posted by Cynthia at 11:23 AM