'Winter Holidays' at the Museum of Russian Art

This holiday season exhibit at the Minneapolis Museum of Russian Art is called "Winter Holiday Traditions in 20th Century Russia." One of the world’s largest collections, it was offered to the small museum by Kim Balaschak, who found the ornaments mostly at flea markets when she visited Russia over several years.

I have few photos because it wasn't clear whether they were allowed or not. I asked upstairs and the answer was no, but people were taking photos downstairs, so I took a few. 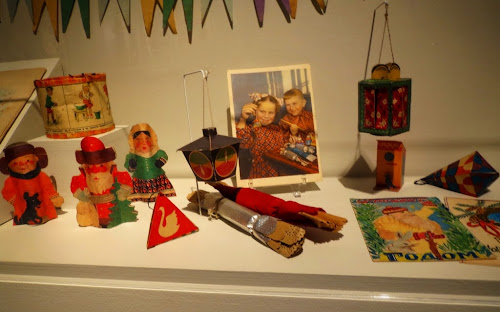 Ornaments of the WWII period reflect the scarcity of wartime materials. It was interesting how many were war weapons and vehicles, something you wouldn't see on a Western tree. 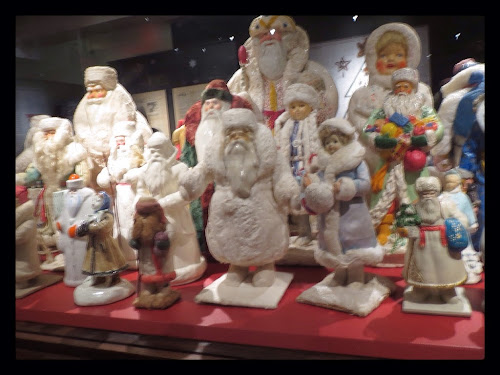 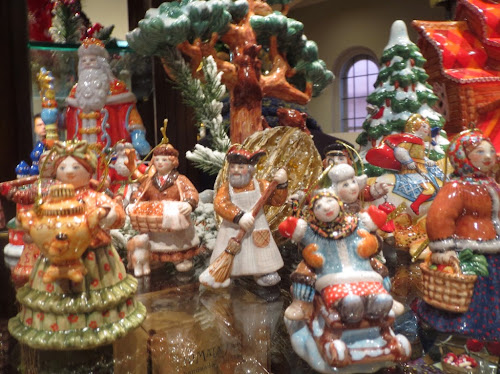 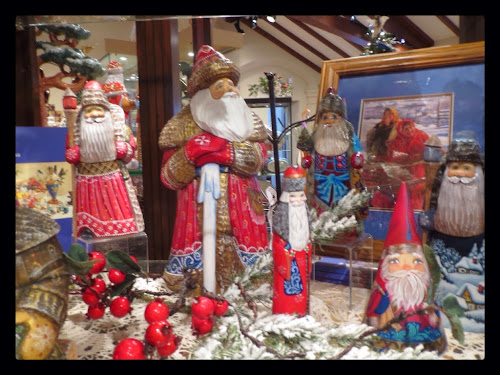 Seven hundred items were on display this year and different ones will follow for the next couple years. The last two photos are of reproductions in the gift shop.

Posted with Blogsy
Posted by Cynthia at 8:47 AM