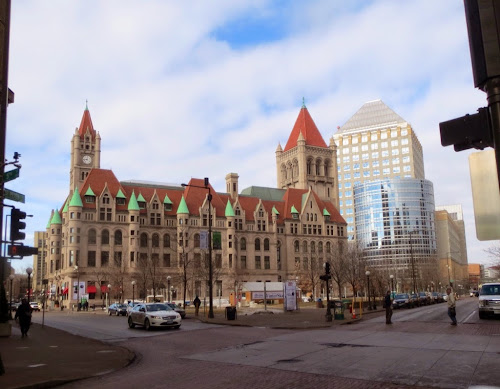 By the 1880s, St Paul, Minnesota had grown from a collection of small houses and muddy streets to the makings of a capital city. The need for a large post office and federal courtrooms was filled when the Federal Building, now called Landmark Center, was completed in 1902. 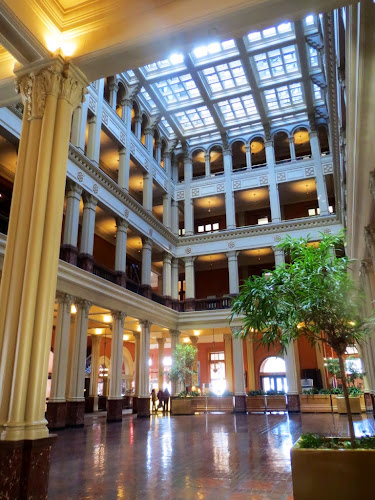 As St Paul became a center for bootleggers, bank robbers, kidnappers, prostitutes and all kind of crime in the 1920s and 30s, the upstairs courtrooms saw plenty of action.

One judge, "Sentence a Minute" John McGee, handed out 112 sentences for bootlegging in 130 minutes in one day.

In 1900, 500,000 people, 74% of the Minnesota population, had a foreign-born parent. Many of them became US citizens in this beautiful atrium. 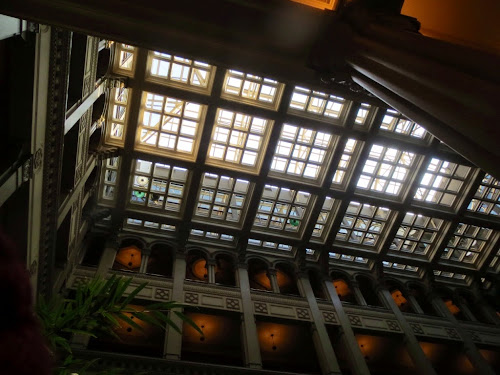 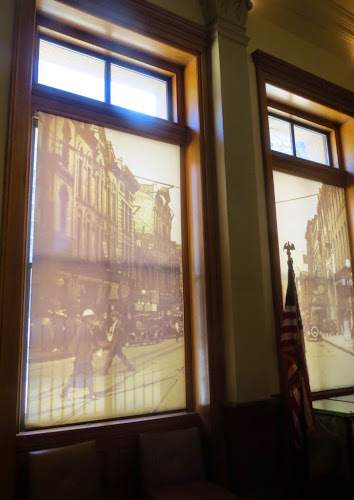 As the representative of the federal government, the building was a backdrop for patriotic speeches and cheering crowds watching troops march off to training camps for war in 1917 and 1918. It was also the spot to celebrate the end of World War I and welcome the soldiers back home.

I love these scrims on the windows depicting old street scenes on the street outside. You can look through the scrims and see the forms of the modern buildings they are superimposed upon. 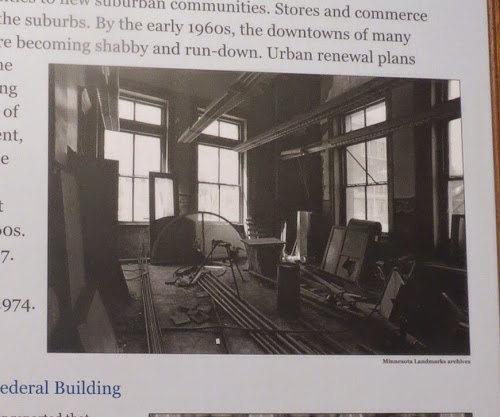 In the 1960s the population and businesses were leaving the city and moving to the suburbs. The Federal Building was abandoned and became run down, like too many of the other beautiful buildings of Old St Paul. When plans were announced in the 1970s to tear the eyesore down and build a parking lot, citizens formed a group to save and restore it. Landmark Center opened in 1978 as a cultural center. 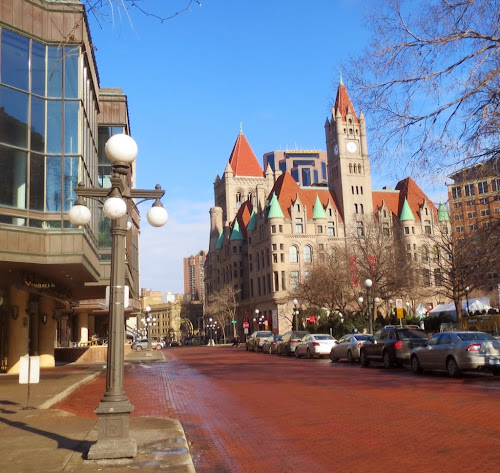 I'm so glad it was saved!

Posted with Blogsy
Posted by Cynthia at 7:42 AM