I have returned from the sunny South -- Georgia and South Carolina -- where spring comes much earlier than it does in Minnesota. When I left Minnesota, we were delayed because the plane had to be de-iced. When I landed in Savannah, it was a welcome and wonderful 80 degrees. 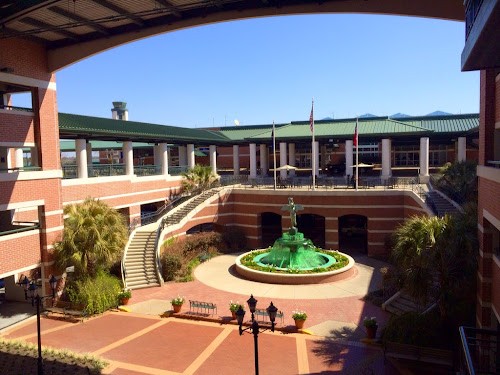 Savannah Airport. The fountain was already green for St Patrick's Day, but leaving the land of white and brown, to me it was green for SPRING. 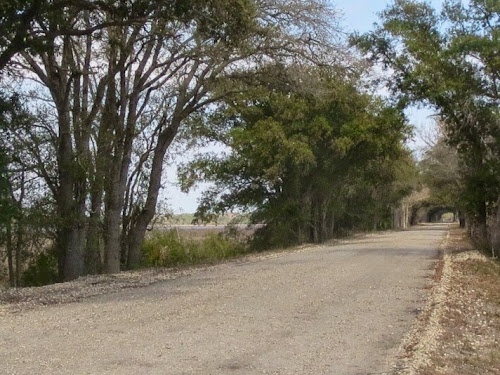 My friend lives in the South Carolina Lowcountry where centuries old live oaks hung with Spanish moss form shady tunnels over the roads. 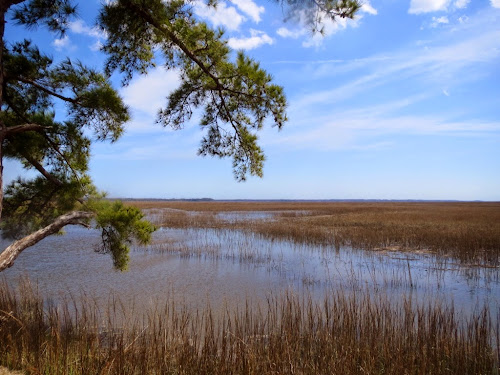 Pre-Civil War rice fields stretch as far in every direction as the eye can see.

A modern fishing pier has replaced it, but traces of an old railroad trestle across the Broad River remain. 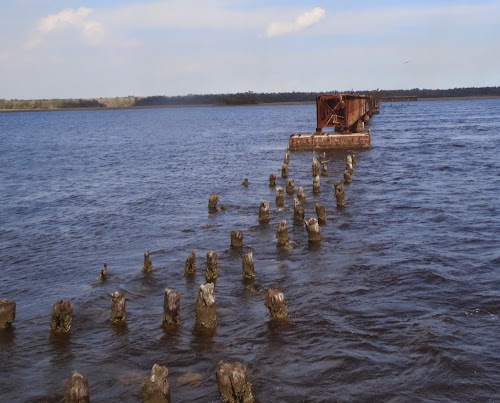 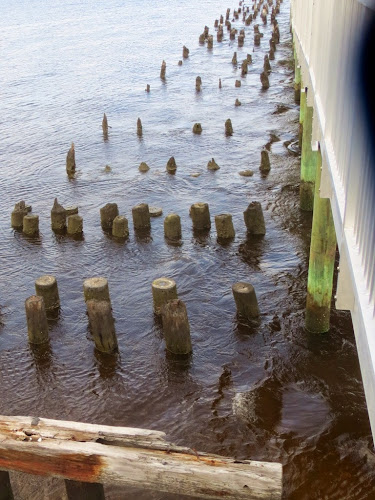 Pylons made of cypress that held up tracks and trestle carrying the heavy trains between Savannah and Charleston remain in the water a couple hundred years later.

During the Civil War, a battle was fought at nearby Honey Hill to protect this railroad. Confederates won that battle, but Sherman's Army wasn't far behind with flames and devastation. 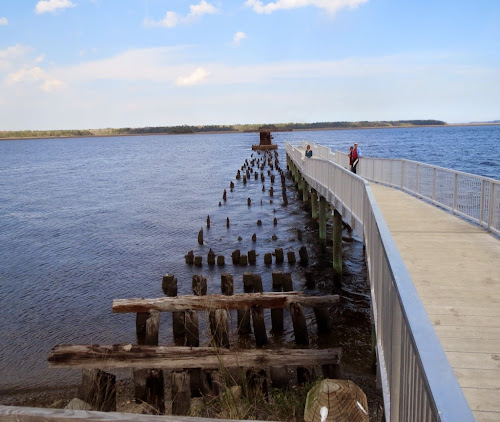 One more stop -- for shrimp just hours off the boat ... 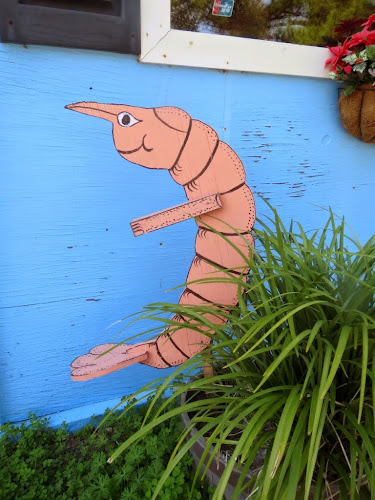 I'm not sure the shrimp were smiling, but when we brought them home and dropped them directly into a pot of spicy boiling water, I was!

Posted with Blogsy
Posted by Cynthia at 6:05 AM