Monument to An American Family

On the old cobblestone waterfront in Savannah, on the spot where slaves first put their feet on the ground in Georgia, stands a moving memorial to the African-American family. 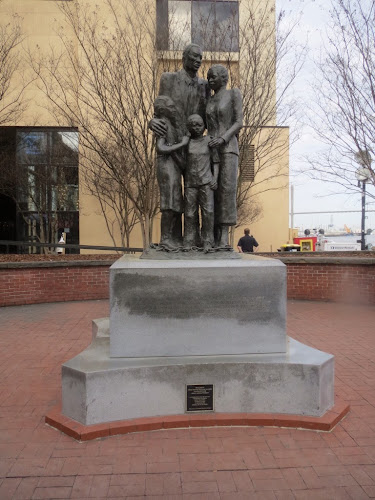 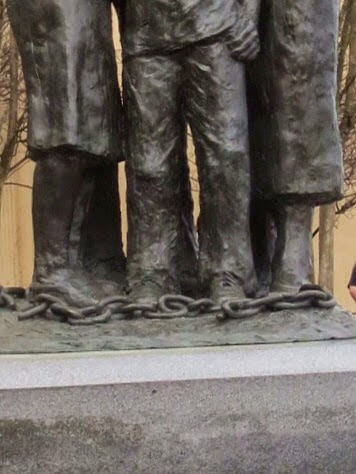 At their feet the chains of slavery have fallen away. 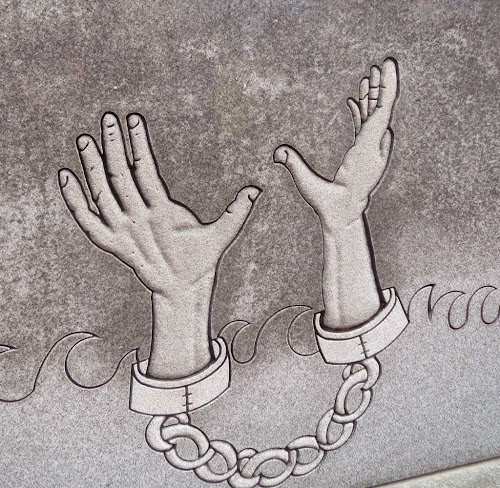 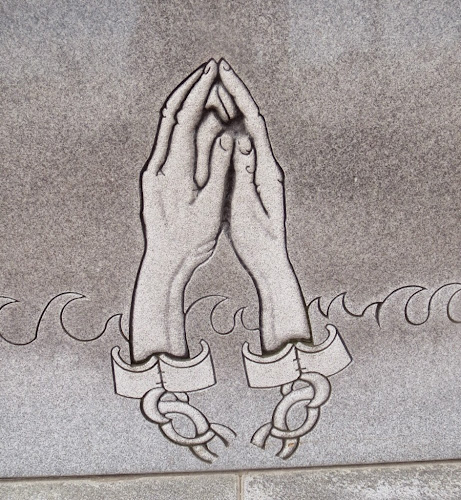 The inscription on the base, written by American poet and author Maya Angelou, brought tears to my eyes.

"We were stolen, sold and bought together from the African continent. We got on the slave ships together. We lay back to belly in the holds of the slave ships in each others' excrement and urine together, sometimes died together, and our lifeless bodies thrown overboard together."

The harshness some saw in her words affected funding. After years of delay in getting the memorial built, Angelou added a final line:

"Today, we are standing up together, with faith and even some joy."

It seems a weak addition after the strength and impact of her original words, but it did get the memorial completed and placed.

The African American Monument was built in 2002, designed by Savannah College of Art and Design professor Dorothy Spradley.

Posted with Blogsy
Posted by Cynthia at 6:17 AM