There is a website called Walkthetown.com that sells eguides for walking tours of US cities for 99 cents each. I have purchased and used the two for Minnesota largest cities. Generally, they give an overview of the history and provide a walking route, pointing out sights that would appeal to adults and older children.

But. (Isn't there always a but?) And maybe it's just me, BUT they don't always point out what I find most interesting. 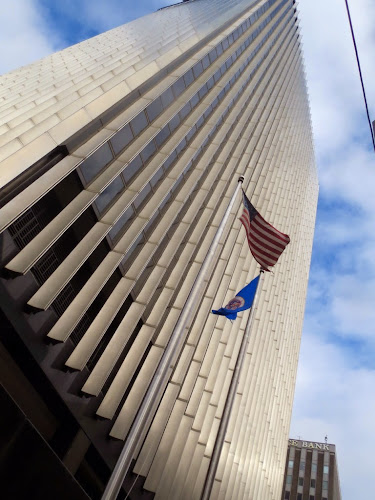 The guides are called Look Up ________ but they don't really encourage you to look up. I started out following the St Paul guide one day but ended up spending my time in one area and actually looking upward.

Here's my version of looking up at St Paul, from about a one block area in the area of Rice Park. 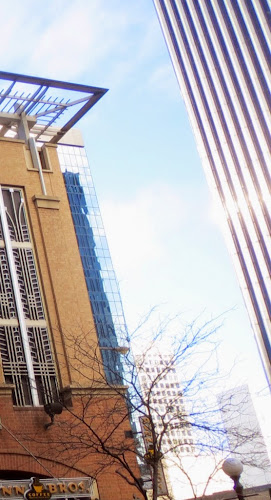 Lawson Commons Building far left. Not sure what the others are, but a variety of styles. 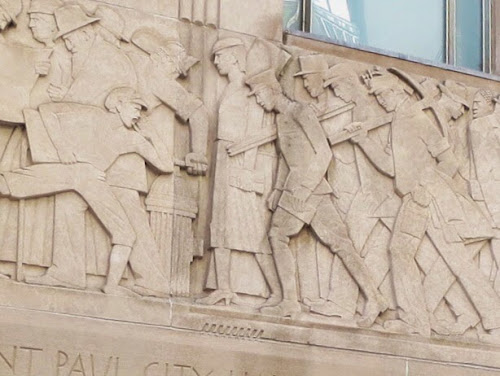 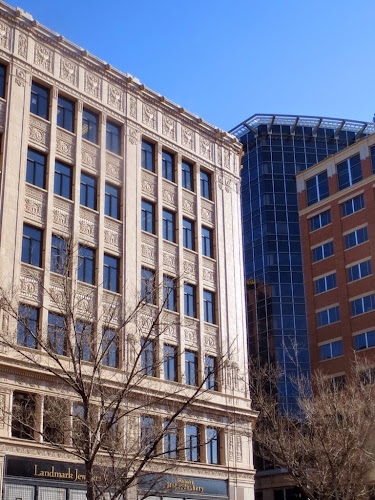 The Hamm Building on the left. Building began just before World War I and ended abruptly when the war started and funds dried up. The Hamm family (of beer fame : From the land of sky blue wa-aters, comes the beer refreshing, Hamm's the beer refreshing.... ) stepped in to finish the mammoth building as business offices for their brewery. 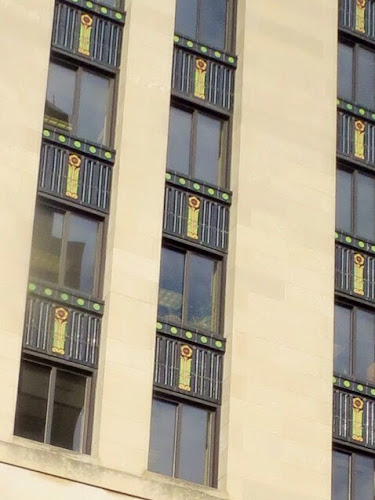 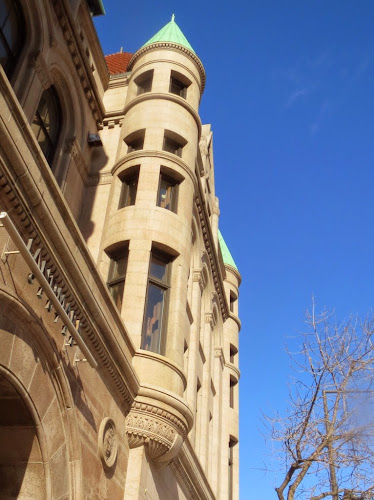 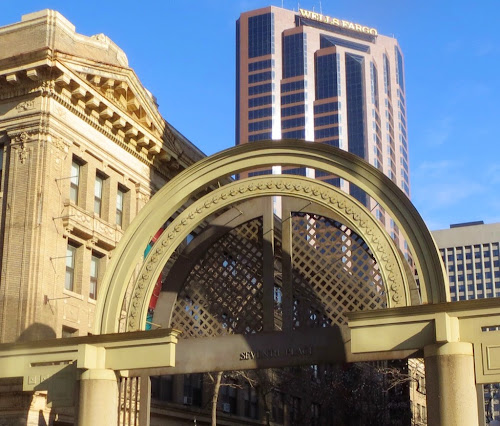 Pedestrian mall between two major streets
I can't resist providing the original Hamm's Beer commercial for you. It is my first memory of tv (my grandparents's tv). There was no programming for kids but I would come running when I heard the first notes of this song to sing along. Enjoy!

Posted with Blogsy
Posted by Cynthia at 11:45 AM