Tranquilizers were purchased and on standby for the cat, four corners of her carrier pretreated with Feliway (cat-calming pheromones), and Rosie loaded in the carrier under much protest Wednesday. We were set to listen to a very vocal cat all the way to South Carolina but apparently cat pheromones are a new magic potion: she pretty much never said another word for the next 1336 miles and we were five miles from our South Carolina home! 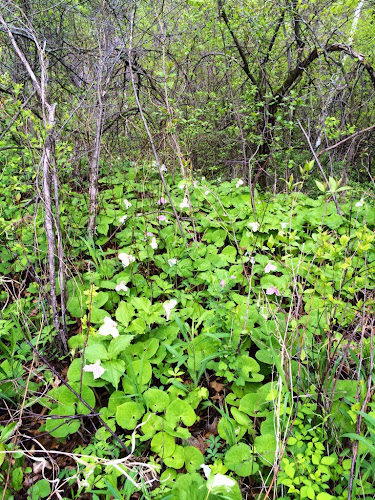 The trillium were reaching the end of their exuberant bloom as we passed through southern Minnesota. 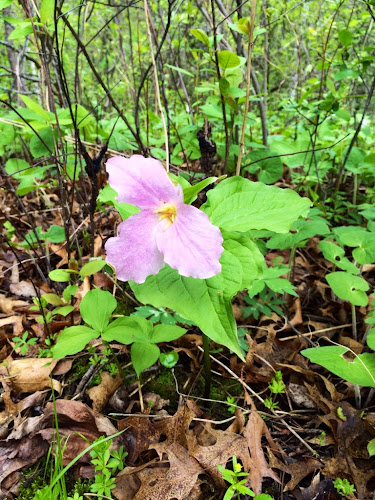 Though they start out as a bright white flower, as they age they turn more and more pink until they are often a quite dark rose. 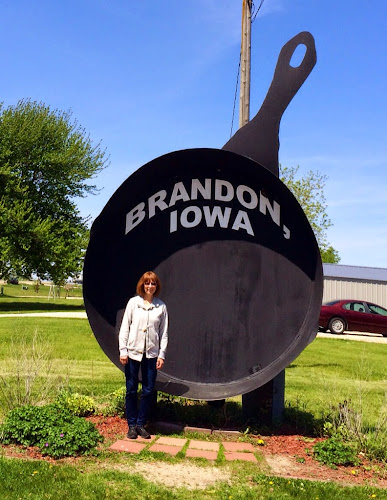 The next state after Minnesota was Iowa where the scenery on the blue highways was mostly farms, farmers on enormous tractors plowing mile after mile of cornfields, and an occasional small town whose heyday was long gone by.

We stopped in Branden to stretch our legs and take a photo of "Iowa's Largest Frying Pan". 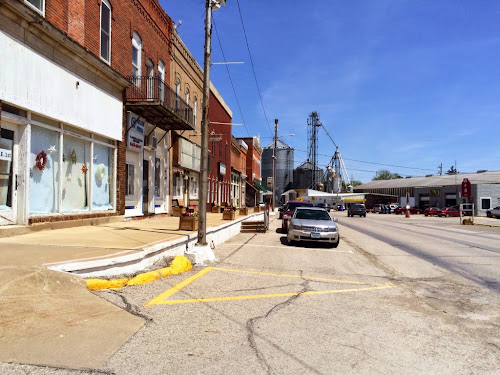 Most of Iowa's rural towns look like this today: boarded up store fronts, wide empty streets with few cars, a car repair shop, maybe a run down bar, and the grain elevator the only businesses still going strong. It was easy to walk along the deserted main street of Riverside, Iowa, and imagine it when stores and banks were busy and parking places hard to find. 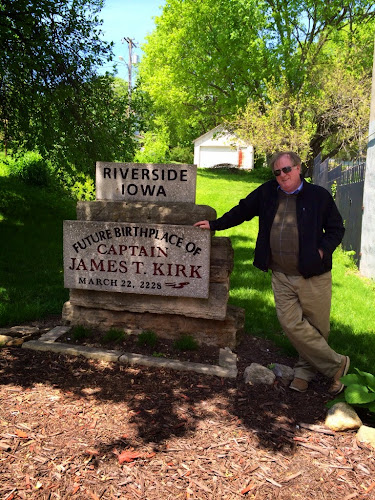 Still, folks try their best to find something to celebrate their town and draw folks in to the few businesses that are left.

This was behind a small hair salon in an old house.

Captain Kirk is a fictitious character in an old American tv show called Star Trek. There are many "Trekkies" of our generation who still remember and love the show. 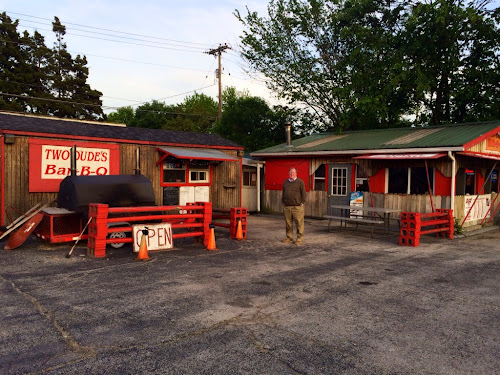 We spent the night in Warrenville, Missouri. Our search for a local place to eat took us to Two Dudes Barbecue, the smell of the smoker leading us in by the nose from a good distance away. You could walk up to the window through the smoke and order or you could go inside and sit down to eat. It was a meal of smoky ribs and pulled pork to remember!

Posted with Blogsy
Posted by Cynthia at 6:00 PM