The last night on the road was an "interesting" one. We found a chain of motels that accepted cats and since the first night was okay, we booked the same for the second night. Everything was fine until 2:30 a.m. when the toilet overflowed, flooding the bathroom. Their solution: we could move to another room! Dig Rosie out from behind the bed, dress, pack up, make several trips up and down stairs, undress, go back to sleep? I don't think so!

We packed up and left.

Our sightseeing stop for the day was Chattanooga, Tennessee, to see "Passages," a memorial to the Cherokee Indians forced out of their lands in 1838. 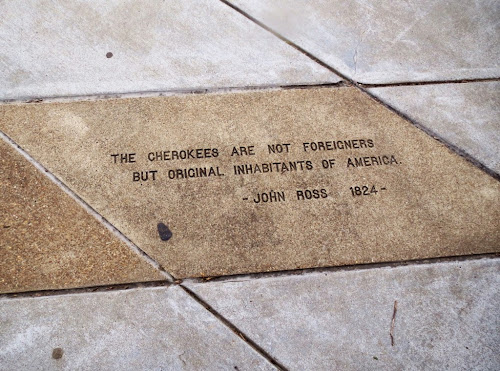 A result of "gold fever" and desire for expansion westward, the US government declared that Native Americans east of the Mississippi needed to be removed, forced out of their homes, farms, and lands, in spite of treaties that had previously made the Cherokee and their lands an independent nation. The Indian Removal Act was signed by President Andrew Jackson, whom the Cherokees had known only as a friend, in 1830. 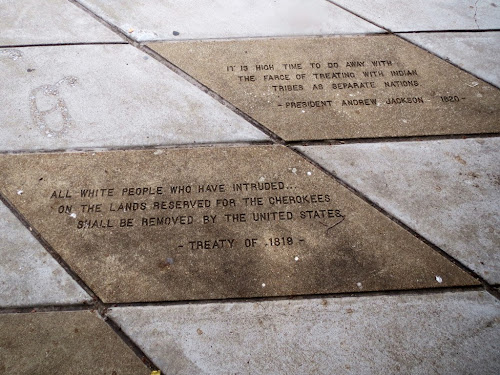 The sad exodus from their homelands became known as "The Trail of Tears." The Cherokee were rounded up in the summer of 1838 and loaded onto boats that traveled the Tennessee, Ohio, Mississippi and Arkansas Rivers, then held in prison camps while they waited to begin the 2,200 mile walk west into Indian Territory in Oklahoma.

Four thousand of the 15,000 men and women, babies and the elderly, died from hunger, exposure, and exhaustion before they reached their destination, Indian Territory in Oklahoma. 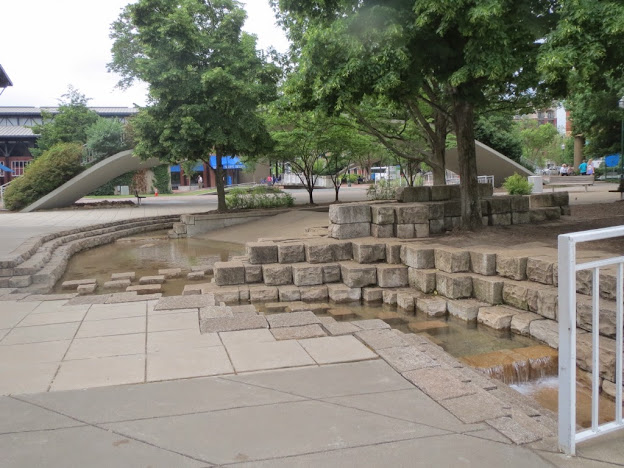 The top of the memorial 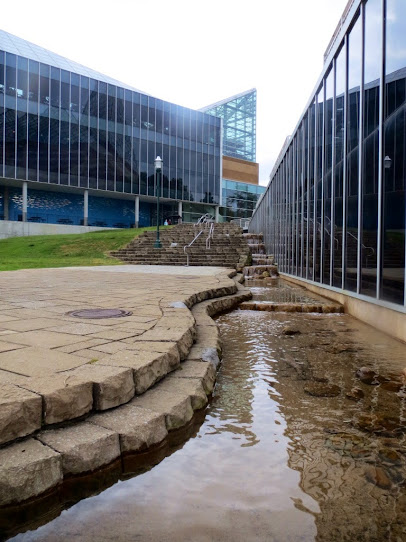 The memorial itself was rather disappointing. Apparently it had been altered (for safety?) as the photos on the Internet showed water cascading down the steps and the walkway, with people walking through and even sitting on the steps, symbolizing the flowing tears of the Cherokee. 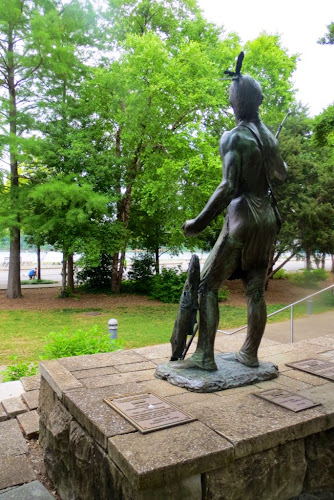 "May this statue serve to honor the countless generations of Native Americans who for thousands of years lived in this place." 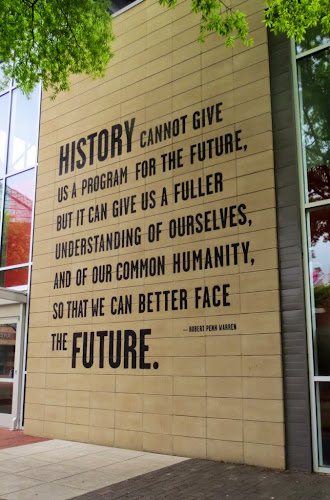 We can only hope so!

And a couple funny signs from the road ... 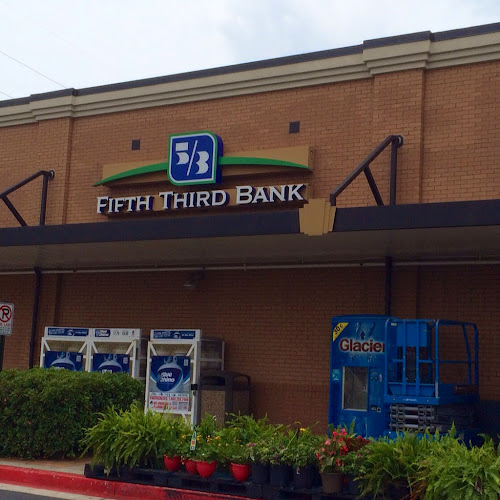 And here is my newest friend. 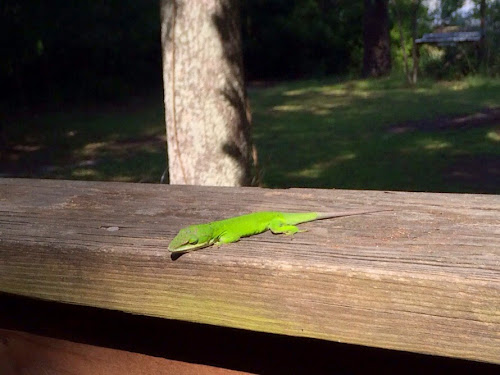 Rosie wouldn't eat or drink for four days, but she is on the mend now and venturing out from under the couch at night. It won't be long before she is queen of the house, I'm sure!

Posted with Blogsy
Posted by Cynthia at 6:53 AM