Now You See It, Now You Don't I don't know what kind of flower this glorious thing is and don't have time to search for the name.
It is outside my mom's room at the care center in the courtyard.
Mom had a big setback earlier this week. During physical therapy her femur dislocated from the hip joint and she was taken to the hospital where it was returned to its proper place.  Very painful. She is now back at the care center and wearing a cast-like thing holding everything in place.
We are back at home in SC and my sister is in Florida with her.
I will be going back again soon.
🌴 🌴 🌴
Yesterday was exciting, a coast-to-coast total eclipse of the sun!  We were only a few miles from the epicenter and our little town had thousands of visitors.  People were even encouraged to rent extra bedrooms to visitors, which many did.
We stayed away from the crowds downtown and brought chairs to the nearby church parking lot which is lined with big old shade trees and a clear viewing area in the middle.
Everywhere people were sitting out in their yards, alone or in groups, watching the show.  It was touch-and-go all day weather-wise, but in the end we got lucky.  There were constant breaks in the clouds and we watched the whole thing.  At one point, as the light dimmed, the mosquitos came out and started biting.  Finally, it was dark as night -- for ONE MINUTE!  We could see the full corona around the sun and take off our glasses for one minute, which I did and took this photo. 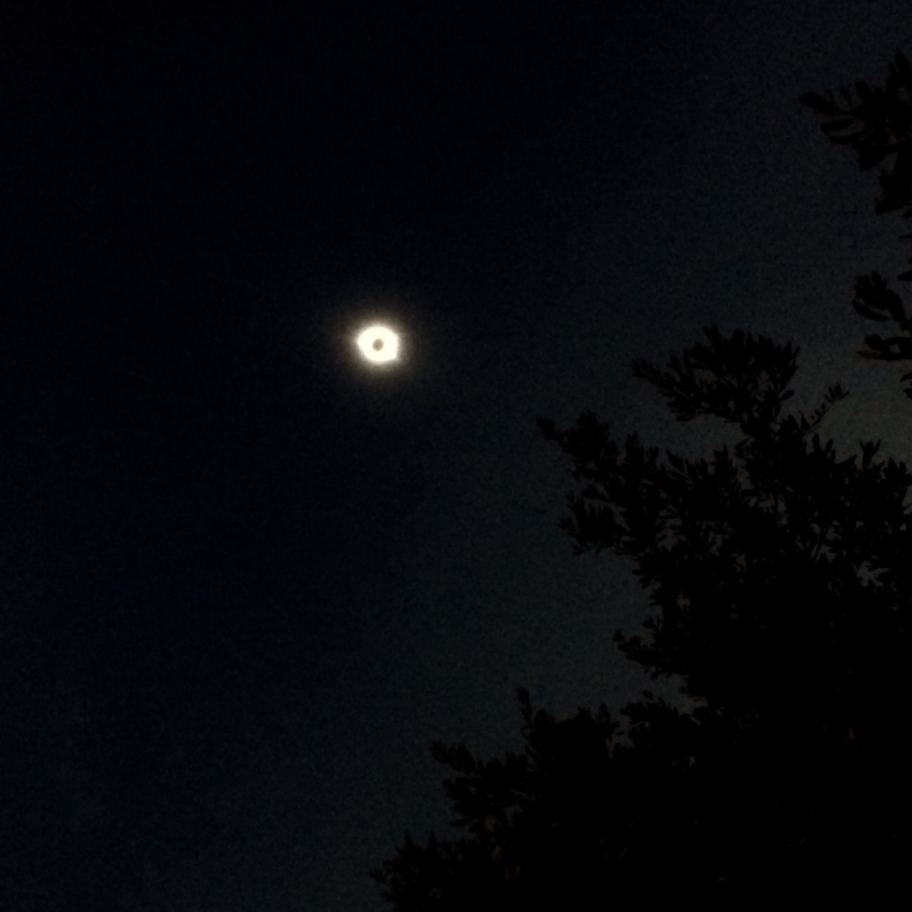 The corona was just a thin line of light around the edge.  In the photo, the light became larger than the darkened center for some reason.  At the moment everything went dark, you could hear people shouting all over the neighborhood.  Shortly after that the clouds moved back in and the sun was obscured the rest of the day!
☀️☀️🌞☀️☀️ 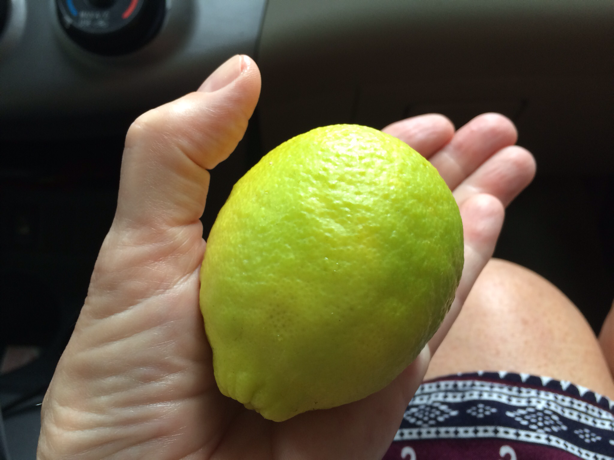 Our first lime, a Tahitian, ripened this week.  I've never grown citrus before and we've waited three summers for the first fruit. I feel like a proud parent or something. 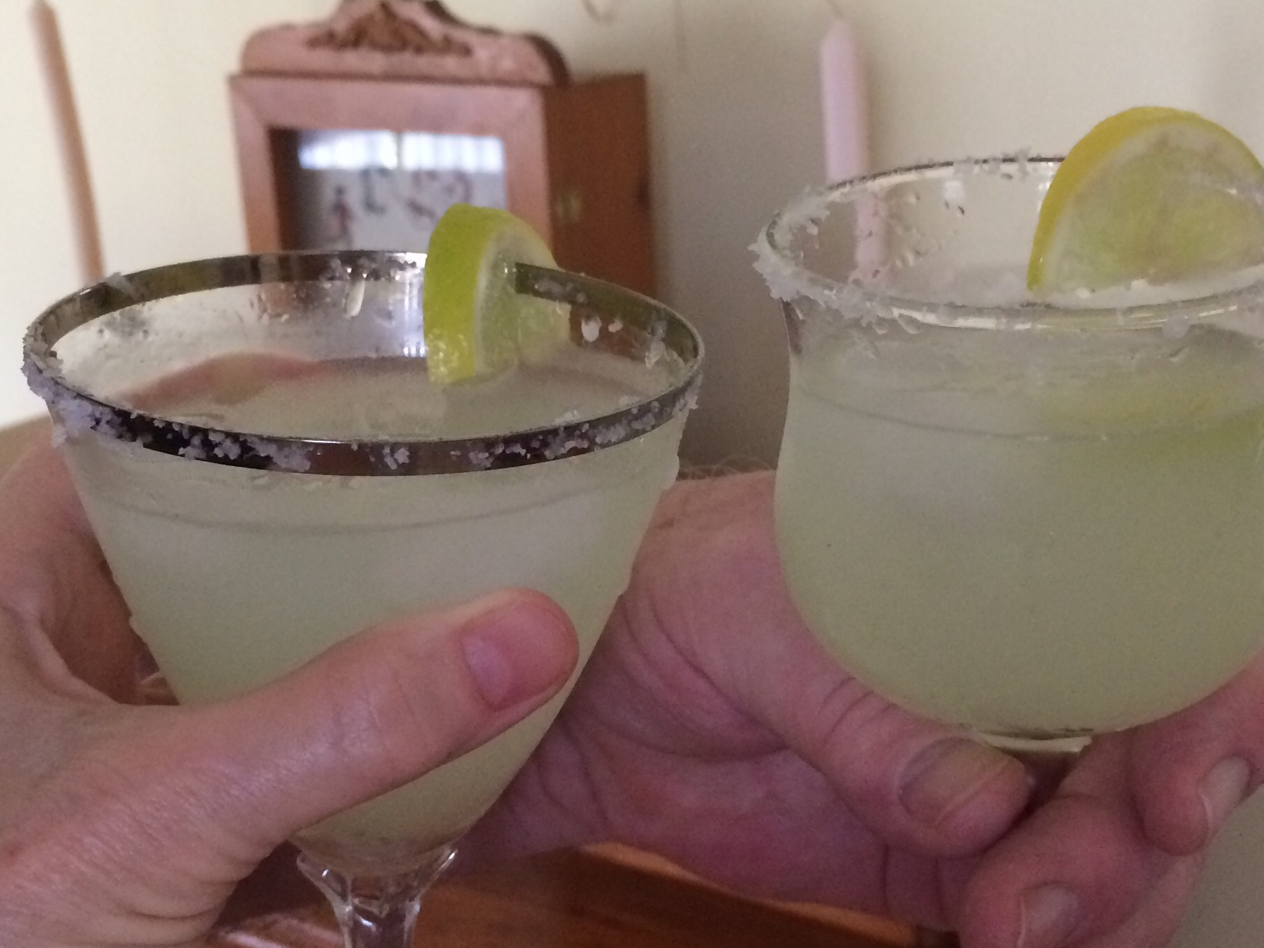 The Writer knew just what to do with it!
It was so ripe it fell off the tree and we both agreed -- it's the lime-i-est lime we ever tasted.  It's also huge, as you can see by my hand.
🍋 🍋 🍋
And finally ... my book is coming along.  All the letters are transcribed (including many V-Mail letters which had to be read with a magnifying glass). I found some great surprises in the letters and I think the book is going to be even more interesting than I thought.  I'm ready to start the researching phase and I love to do research so I'm looking forward to that.
When I've been working on it all day, it takes me a while to get back into the real world.
Isn't that crazy?
Posted by Cynthia at 12:56 PM