I have been so preoccupied with my new camera lens, all I want to do is get out and take pictures.  It helps that this is a fantastic time of year to find birds as they are generally the big ones and they are all out there fishing. 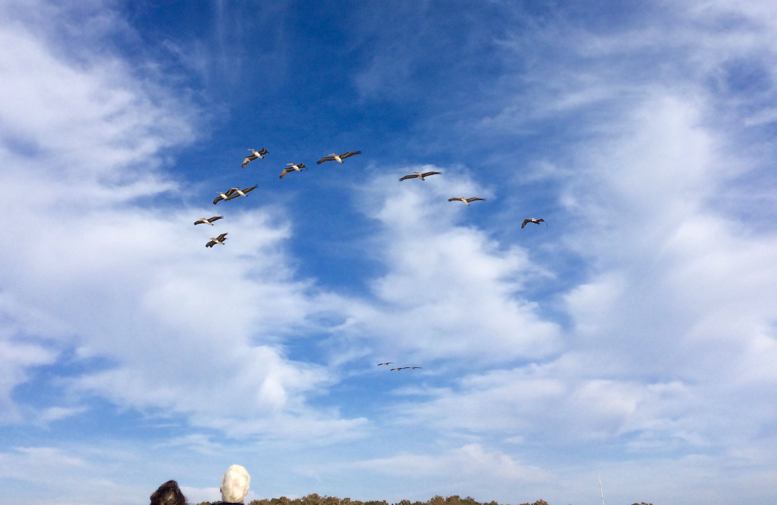 This squadron of brown pelicans passed right over our heads. 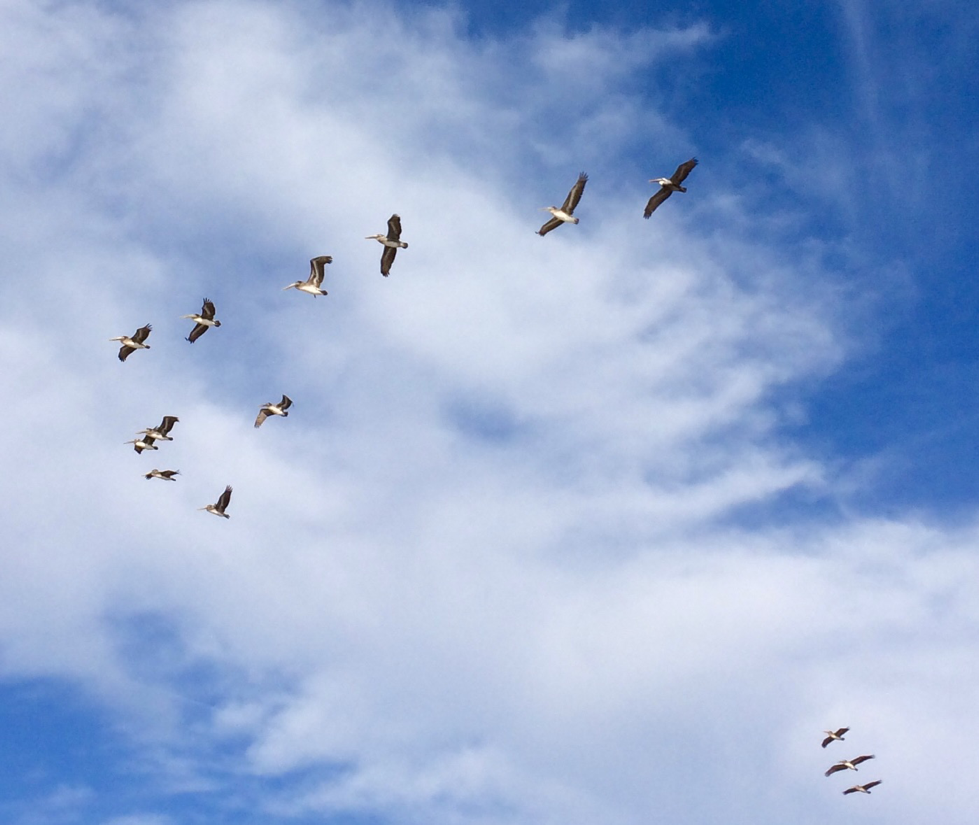 We could see their eyes and feel their wingbeats, they were so close. 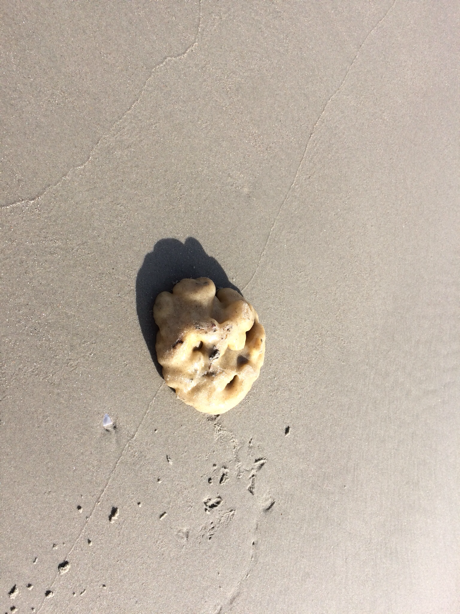 The January beach is just as busy as the summer beach.  It's only the humans that are mostly missing.
This thing was new to me and I had no idea what it was when we came across it washed up in the surf.  It was bigger than three of my fists, cold, and firm but rubbery when poked.  The underside looked just like the top.
We looked it up.  It's Sea Pork!
"There is no creature more peculiar than that rubbery red, pink, or gray blob known as sea pork.  It is in fact a condominium of microscopic zooid animals living together in a leathery tunic of cellulose.  Less than 1/8 inch long, each zooid works with its neighbors to pump streams of water and decayed plants into its sock-like body."     -- from Tideland Treasures
The pork attaches itself to rocks at the bottom of the sea where it is dined upon by sharks, skates, and other big bottom-feeding fish. 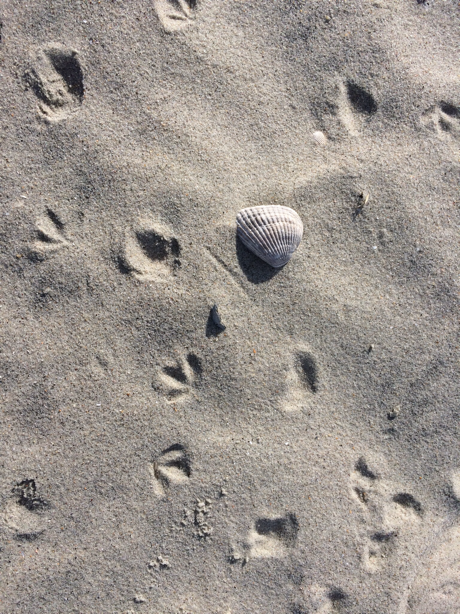 Often the only footprints on the beach belong to the shorebirds, forming delicate patterns too pretty to mess up. 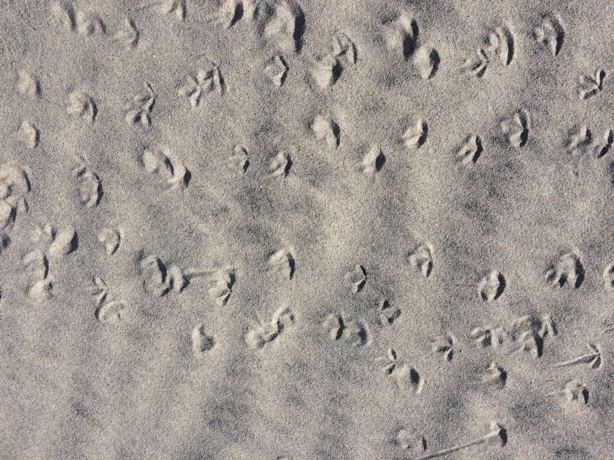 Some of these tracks may belong to willets which are common year around.  They are the biggest "sandpipers" on the Carolina beach at 15 inches tall.  They have a unique call which you hear when they take off because you have intruded on their feeding while walking the beach.  "Bill Willy, Bill Willy," they scold as they wheel away toward an empty patch down the beach. 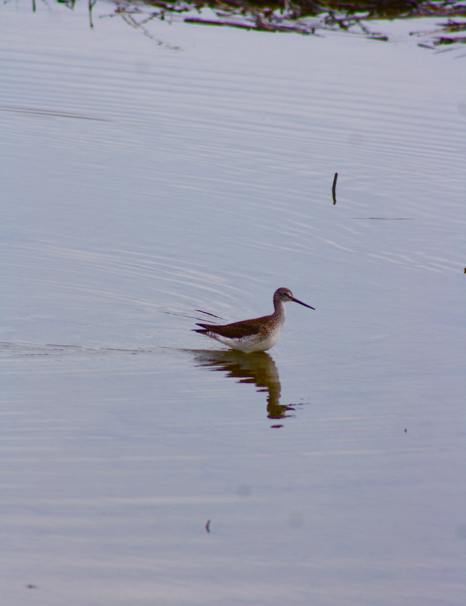 Earlier in the week when we went for our cold and windy morning walk we encountered several groups of people with big spotting scopes, tripods, and long camera lenses walking purposefully up the beach.  In the paper the next day we found out they were whale watching!  About 30 miles north a pod of humpback whales had been seen migrating south to the Caribbean to calf and these folks were hoping they would pass by. They were skunked.  The pod has not been seen again.
Posted by Cynthia at 1:16 PM