"Lady of the Waters", John James Audobon called it, but now this beauty, over two feet tall,  has a much more mundane name: Tri-Colored Heron. 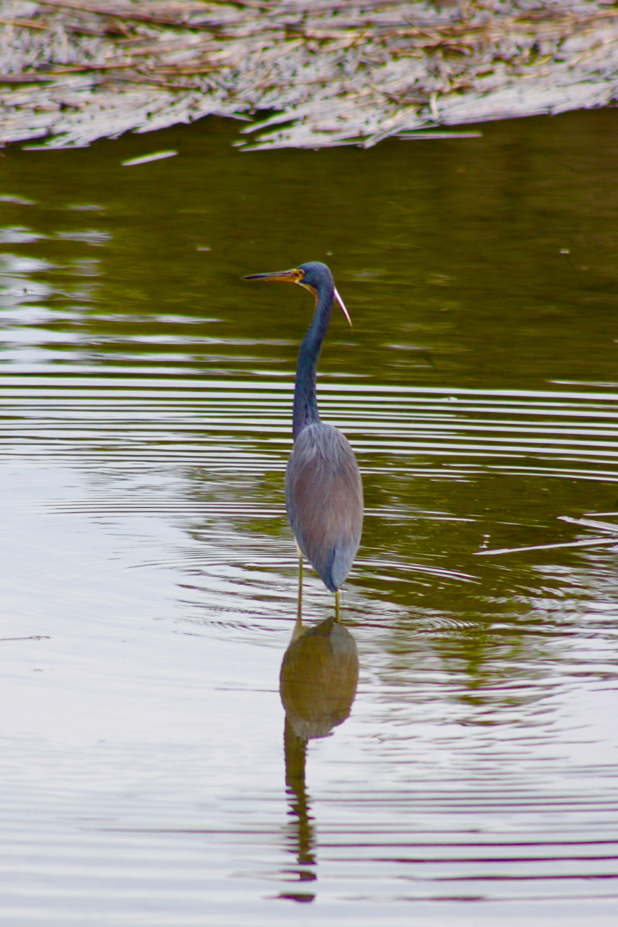 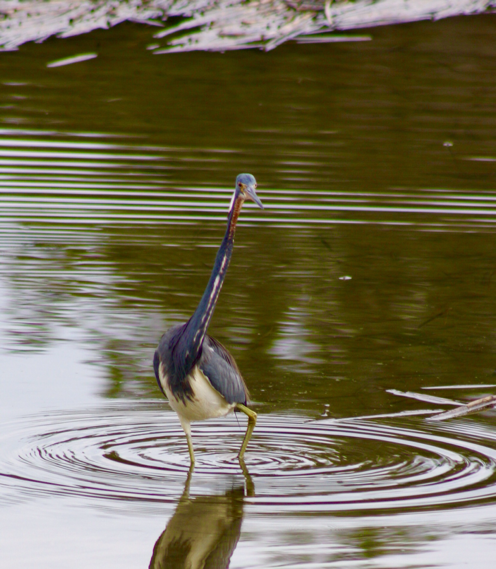 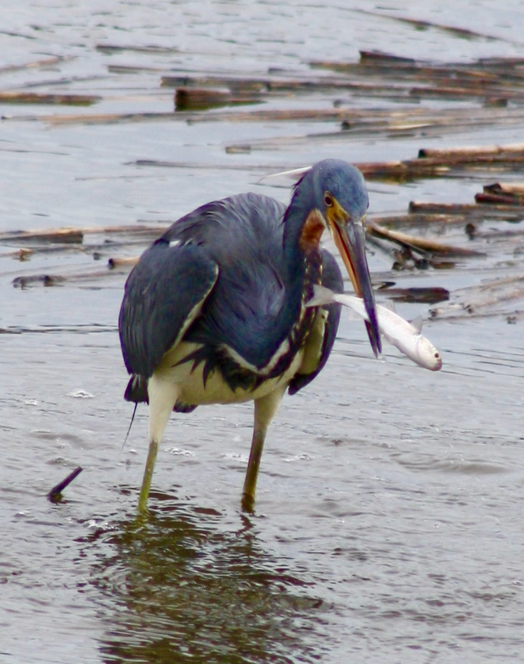 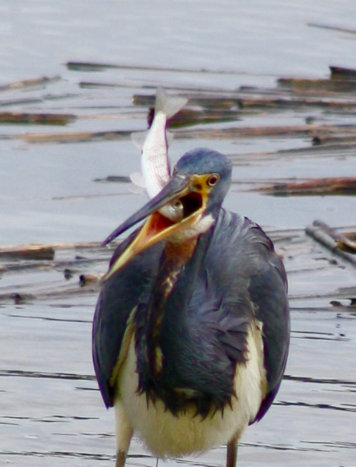 Sushi style!
Flip it around head first, and down the craw it goes! 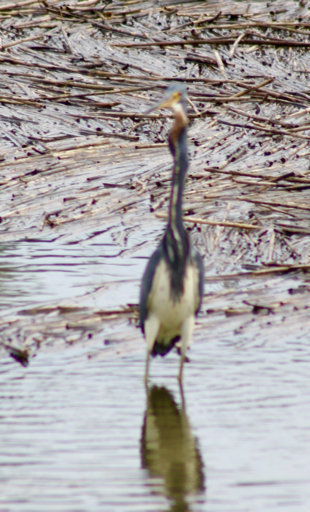 See those lumps in his neck?  That's the fish making its way down that long pipe to his stomach. 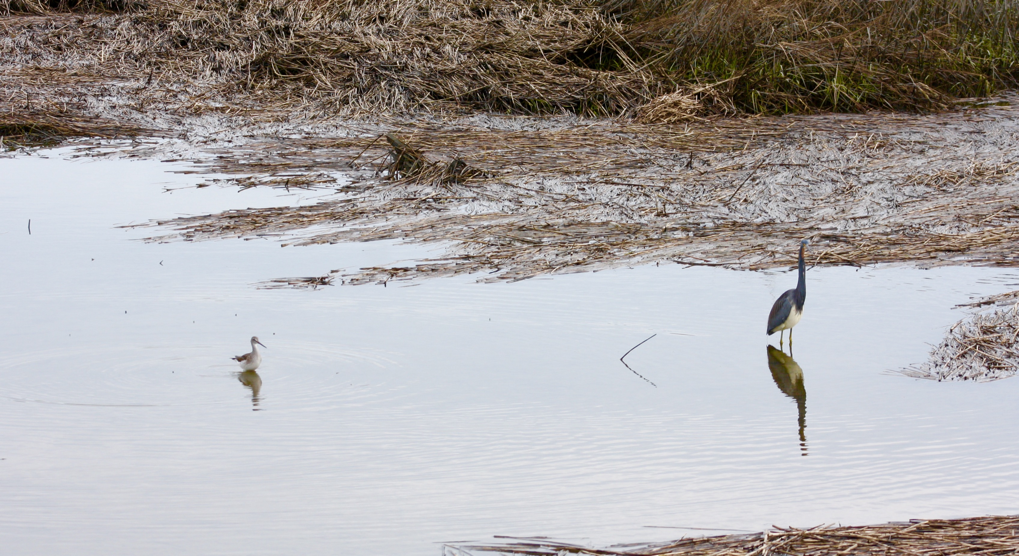 A Willet saw the heron's success and dropped in to try his hand, er, beak, at getting some lunch himself.  We expected the much bigger heron to chase the smaller bird away, but here's what happened. 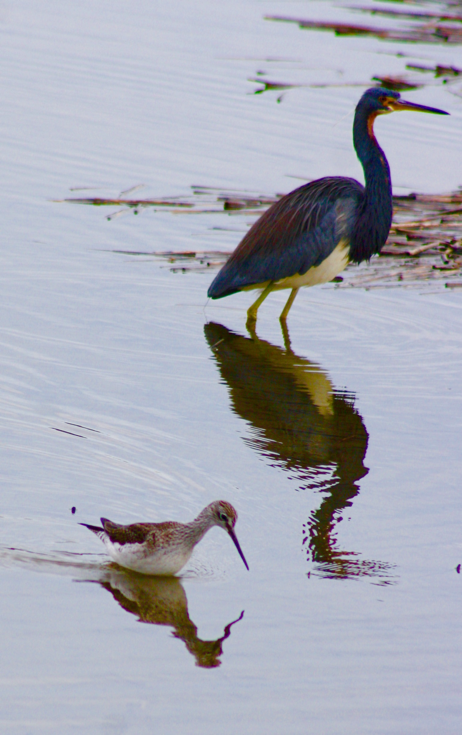 The heron ignored the little guy and the two were fishing away right next to each other when we left to get some lunch for ourselves at Capt. John's Seafood in Pawleys Island.  By the way, Capt. John's 'today's catch' was halibut and it was outstanding!
Posted by Cynthia at 1:09 PM