Thinking of Dad in the Desert

It was 114 degrees at the airport in Phoenix when we picked up our rental car and headed up the Interstate toward Flagstaff.  As we drove out into the desert I began to think I was sitting on something wet.  Nope.  Our car had cooled seats!  I had never heard of climate-controlled seats.  What a welcome luxury.
Before we left home I had been working pretty intensely on my Dad's book.  As we experienced the hot and barren landscape south of Phoenix, I began to think of the reality of the seven scorching months my dad spent in desert training in WWII.  His training camp was located in the Sonoran Desert just across the Arizona border in southern California.  Dad wrote:
"This is some place. 2200 ft. above sea level. We’re in the mts. but it is flat and a regular desert up here. We’re living in tents and the closest little town is 26 miles. All around us is nothing but high peaks, desert, and scrub. Everybody hates it. The heat is like a blast furnace. They warned us to watch out for the snakes, scorpions, cactus, and other stuff. No trees or shade or lights, washroom a ½ mile away and all the dust and sand there is.

We had a twenty mile hike today. It lasted all day. We climbed two mts. It was sandy and rocky going and my shoes are really cut up from all the sharp rocks.  We dug three gun positions in 120 degree heat and last night we were all about dead. I shoveled enough dirt to last me the rest of my life as far as I am concerned. 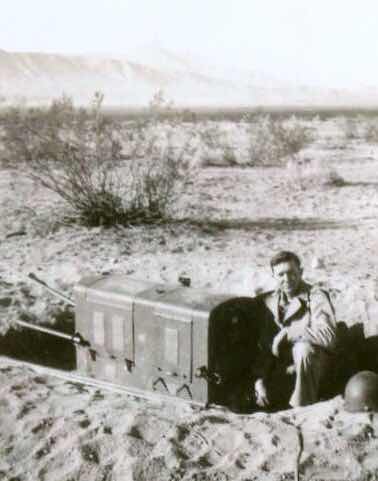 At [the next]  place we dug in and stayed about 16 hrs. We dug from 11:00 at night till about 6:00 the next morning and took turns sleeping and digging the next day. There was a lot of rock or shale and we had to use picks and that’s what took so long.

Man it’s so hot I can’t see how we stand it. You leave water set out for a few minutes and it’s hot enough to wash dishes in it."

And not even a fan to move that hot air around!

I was riding along, feeling pretty grateful for the cool air conditioning blowing on me and that cool seat when out of the flat and monochromatic land, bright  red cliffs rose up on either side of the road. In the distance was a big, red dome-shaped landform.  After hours of flat brown, we were entering the Red Rock Scenic Byway south of Sedona in the Coconino National Forest. 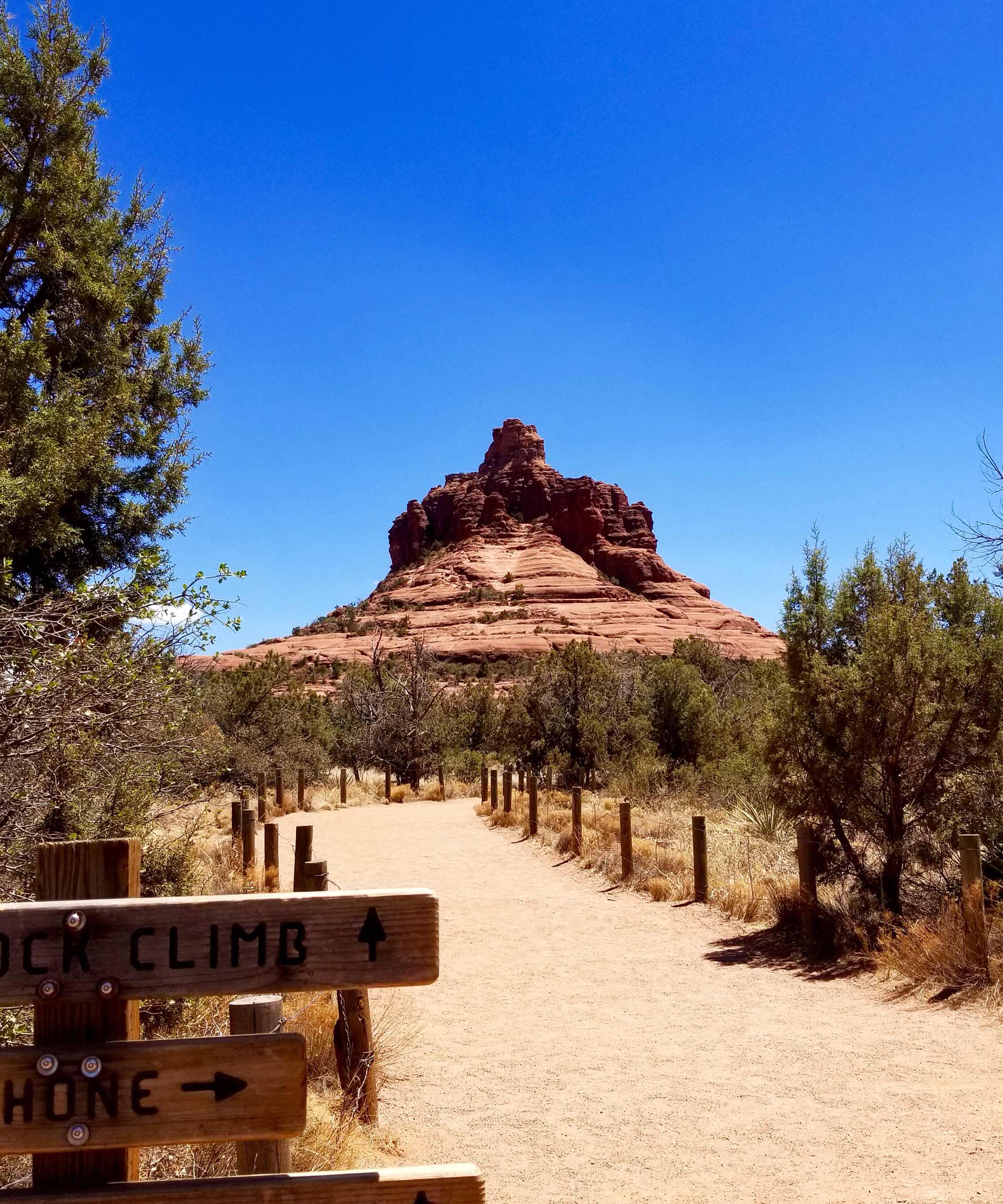 Right, a closer look at Bell Rock and Bell Rock Trail, from Courthouse Vista (4900 ft)
You can see how it got its name -- it looks like a giant red bell melting into the desert.  With the sun and blue sky so intense, the orange-red rocks almost seem to glow.
According to the sign the red rocks are a thick layer of sandstone found only in this area, deposited there (from where, I don't know) in the Paleozoic Era nearly 300 million years ago.
We continued on our way, stopping often to exclaim over the red rock formations, through the villages of Oak Creek and Sedona, climbing several thousand feet in elevation to Flagstaff where we would be staying the next few nights.
Posted by Cynthia at 3:59 PM