Edisto Island State Park is a little piece of heaven on the coast of South Carolina, undeveloped forever, and available for all to enjoy the beach life. 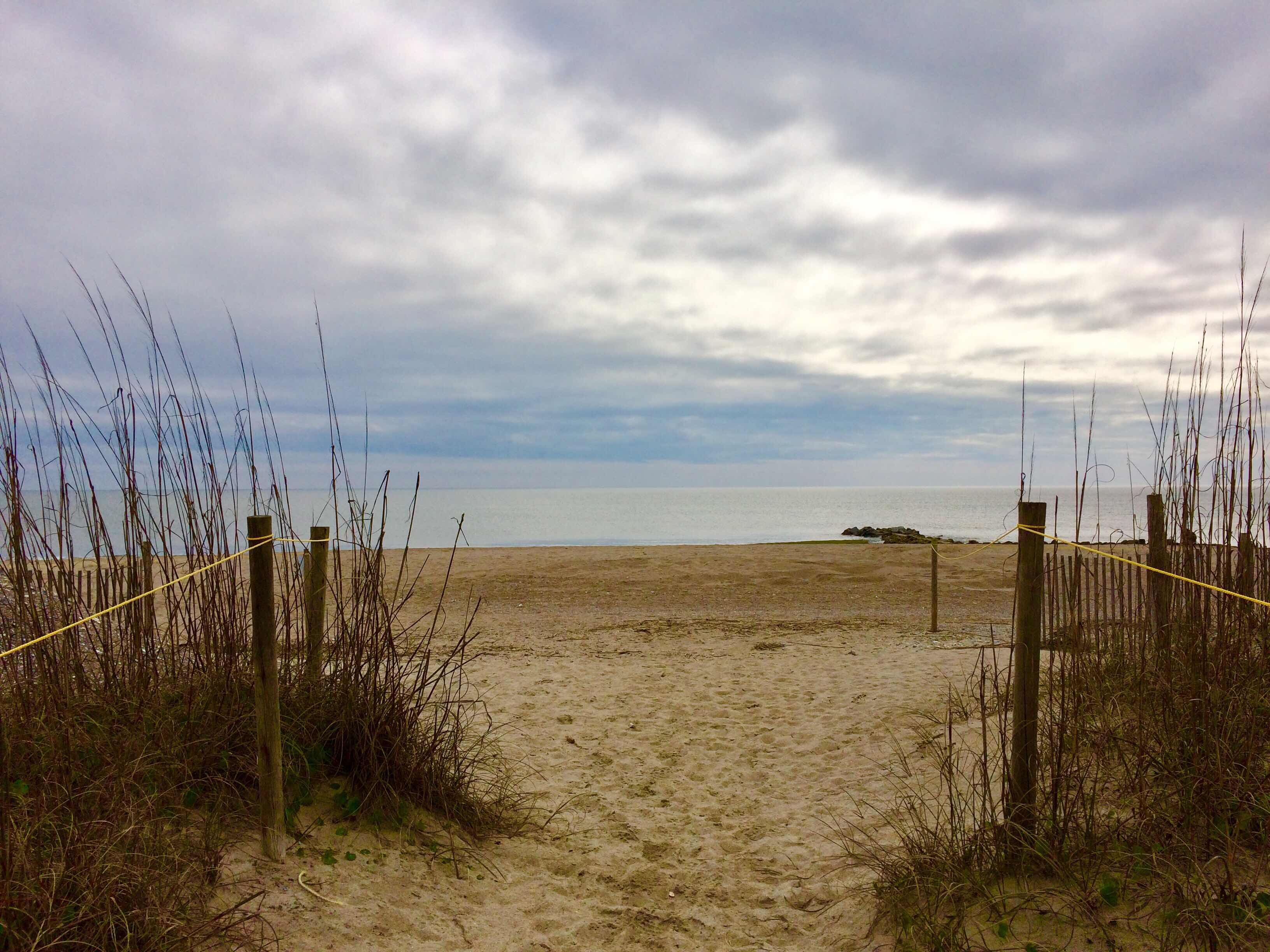 It gets crowded in the summer, but on a beautiful 68 degree January day it was all ours. Well, we did have to share a few crumbs from our picnic with this guy — obviously an experienced beach bum and fearless beggar! 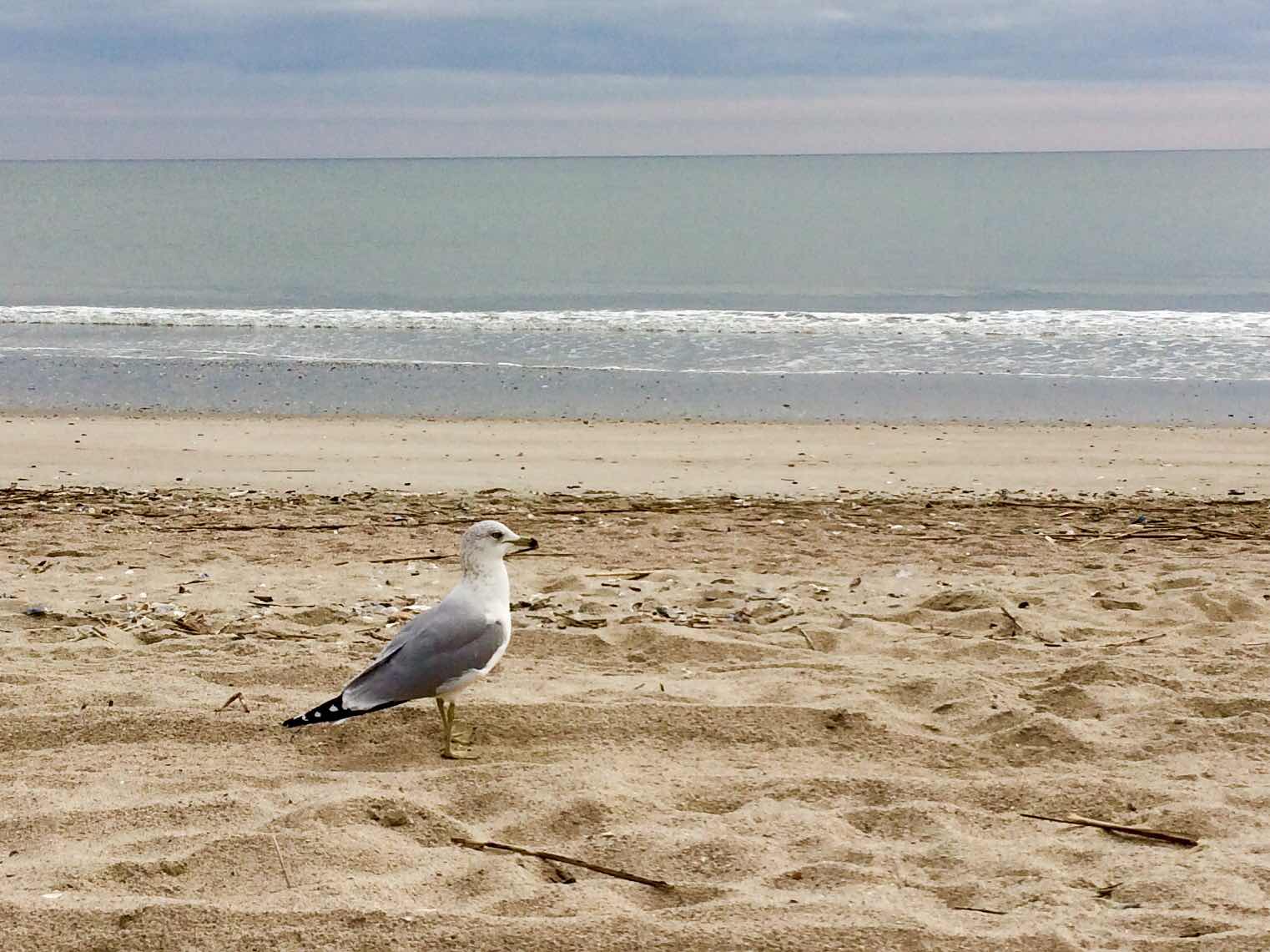 We didn’t mind a bit!
Edisto is one of the first state parks open in the state, one of 16 built by the Civilian Conservation Corps (CCC) which gave jobs to 3 million Americans in public works projects during the Great Depression. 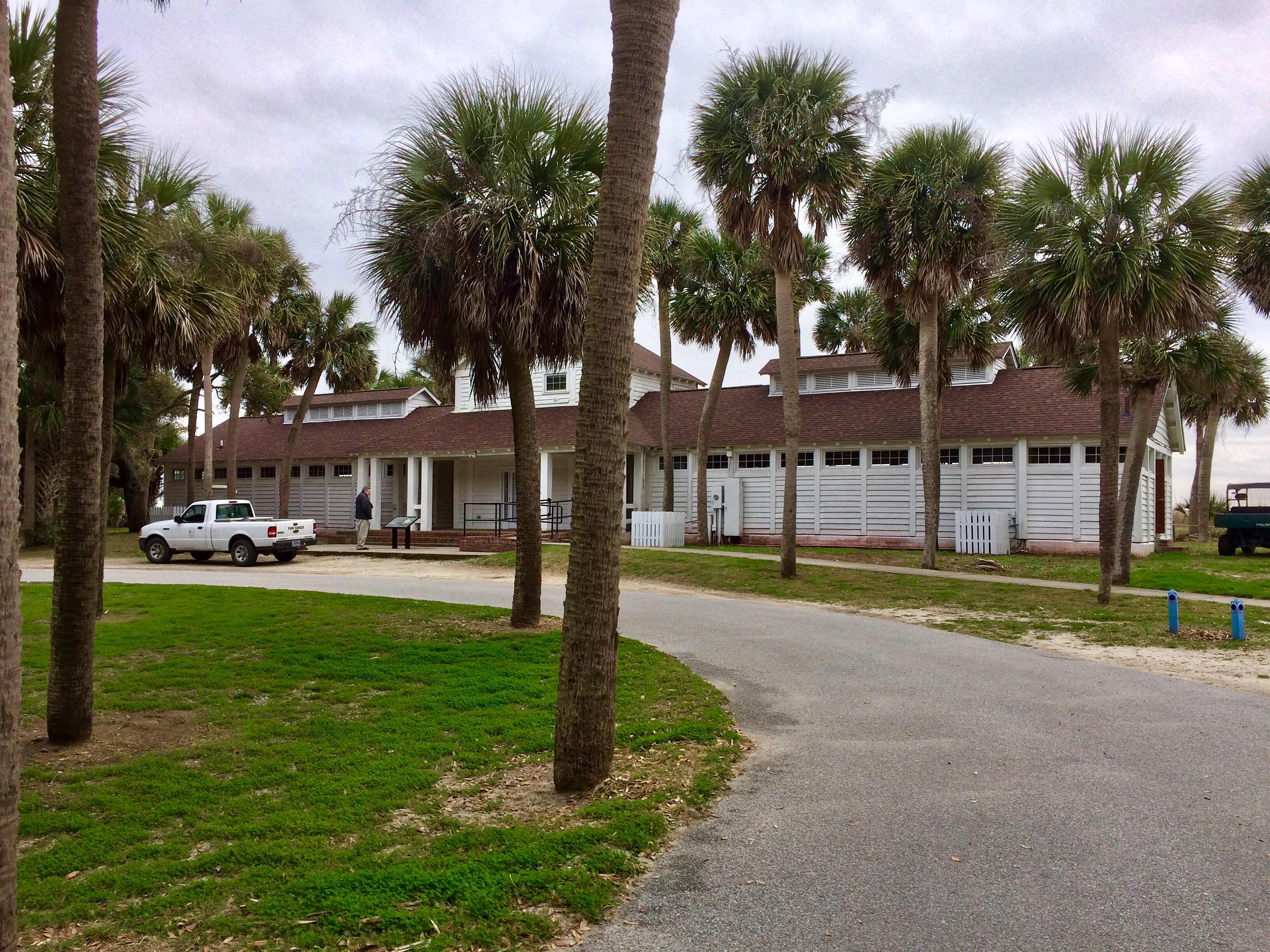 The beautiful original bath house still stands behind the sand dunes, having survived some mighty hurricanes since it was built. 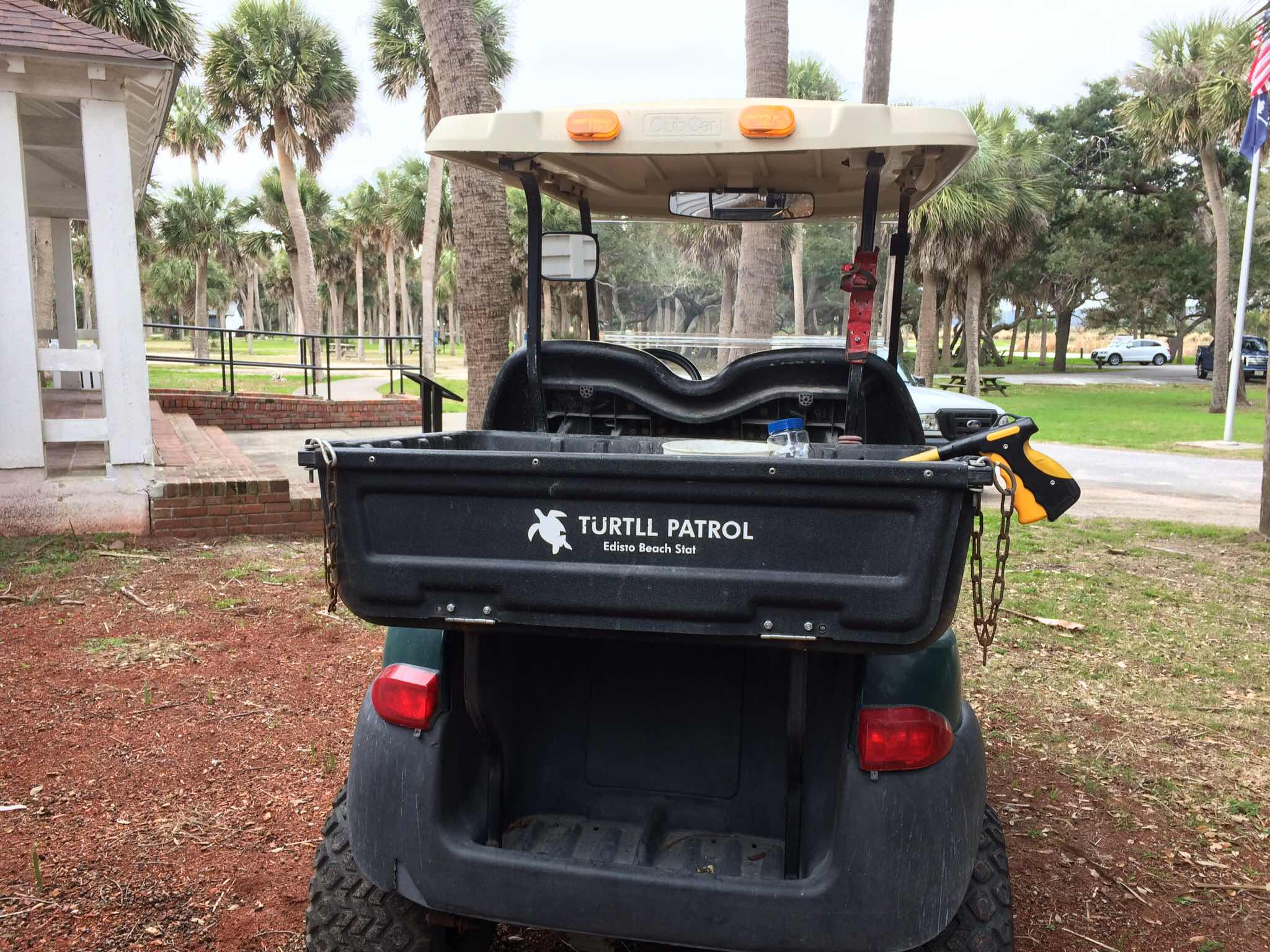 As everywhere on the SC coast, sea turtles are a protected species. Especially vulnerable during the hatching season, nests are carefully protected by the Turtle Patrol which even has its own park vehicle!
Today all are welcome to enjoy these public lands, but I was surprised to discover it wasn’t always that way. 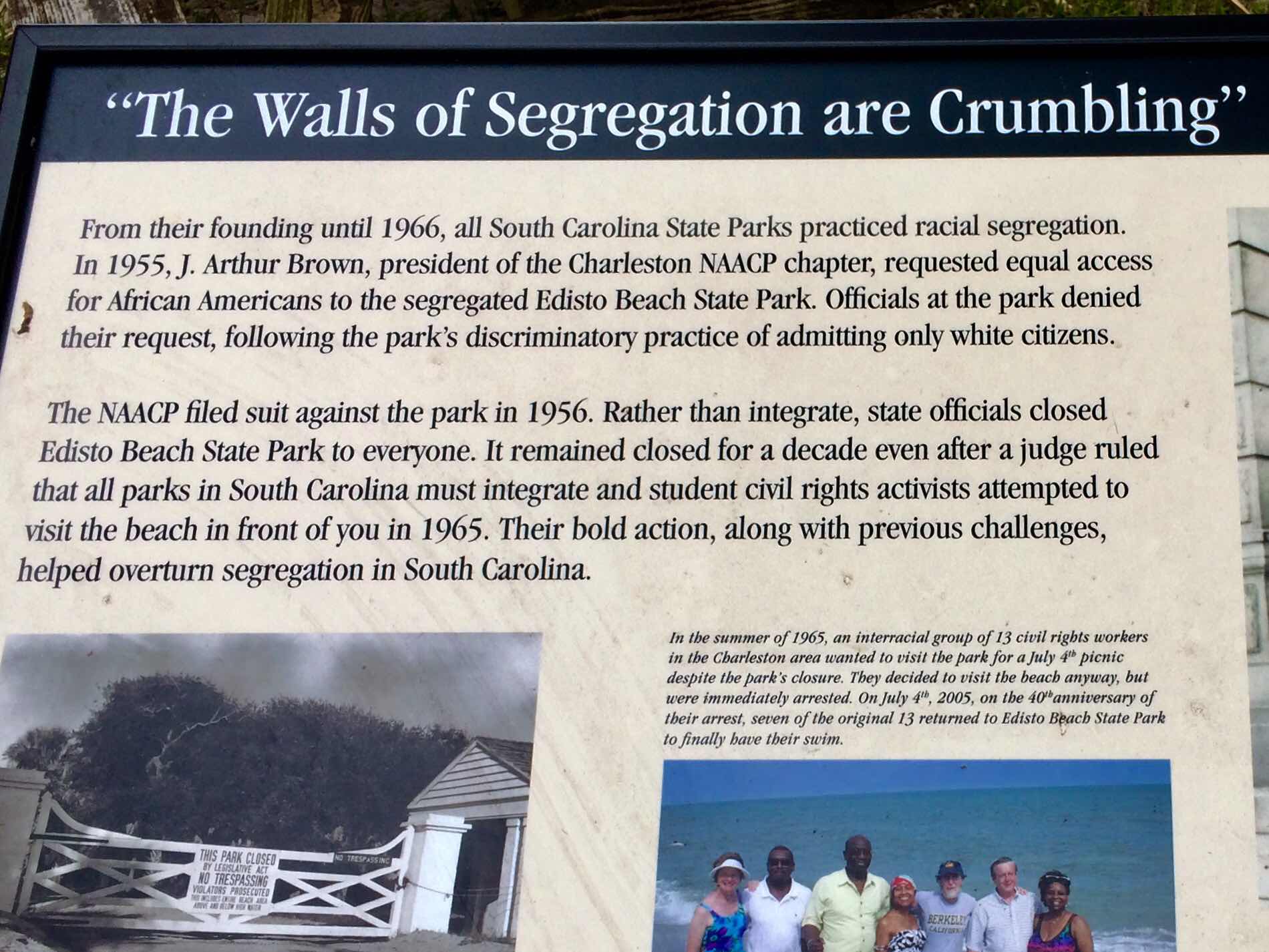 From their conception until 1966 (1966!!) blacks were not allowed to use the parks in South Carolina.  In 1956 a lawsuit was filed demanding access for blacks.  When it became apparent that the state would lose the lawsuit, rather than complying they simply closed all the state parks completely to everyone!
For 10 years!
(A couple state parks opened inferior facilities and small “special areas” for blacks.  Edisto remained closed.)
It wasn’t until 1966 that all South Carolina state parks were reopened with equal access to all citizens.
I am rather amazed at my Northerner ignorance about segregation.  It never occurred to me that Nature — the ocean, the woods, lakes, beaches, boat landings, paths — could be subject to segregation.
Today, Martin Luther King Day, seems a good day to think about it. 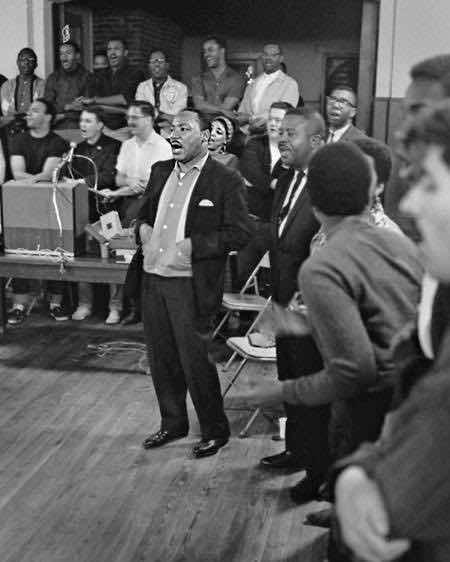 MLK at the Penn Center, St Helena Island near Beaufort, SC, where he stayed for 9 months  and worked on his famous I Have a Dream speech.
Posted by Cynthia at 9:30 AM