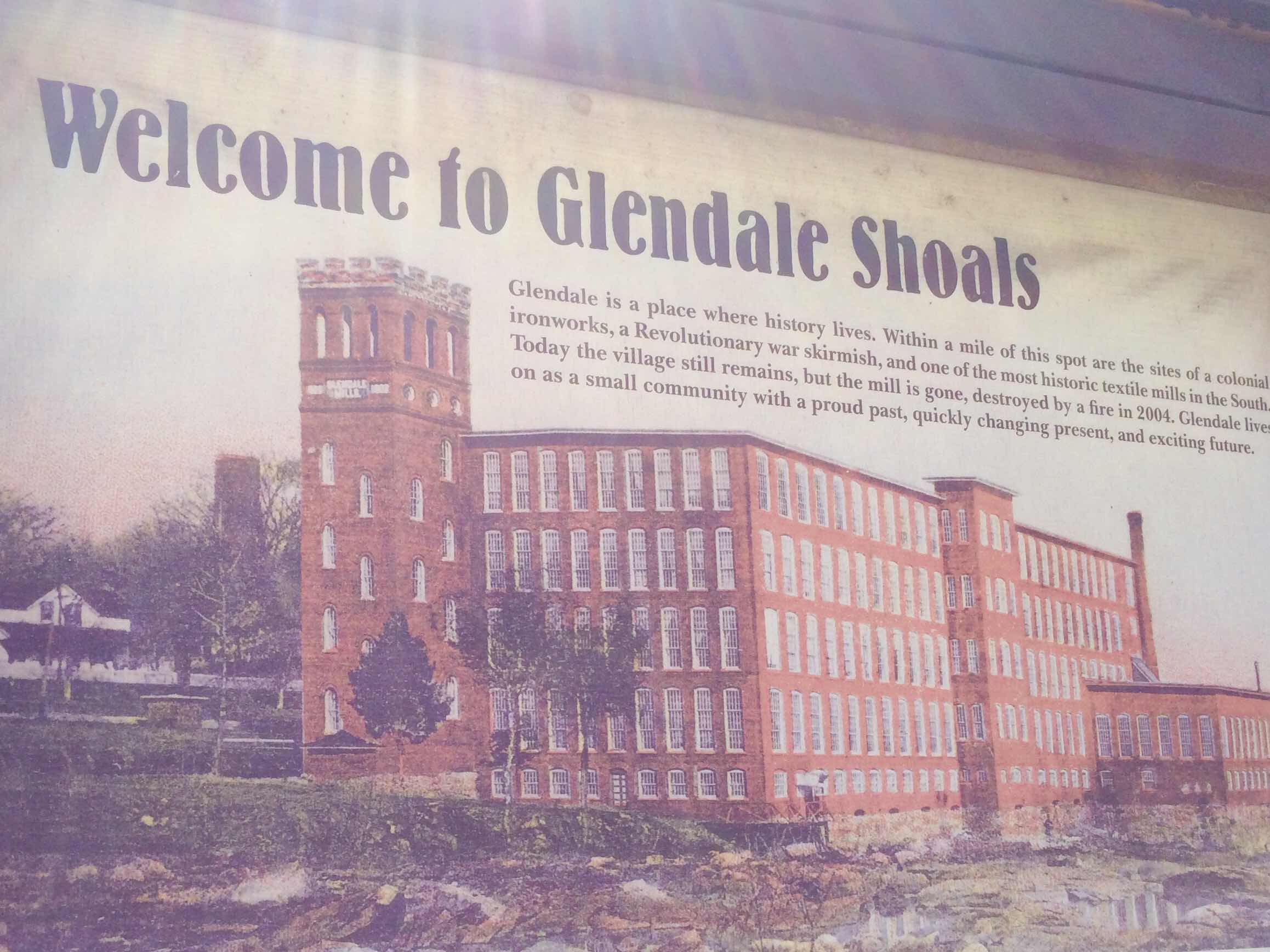 By 1946 Glenville had become a community with 800 residents and 158 mill-owned houses. The houses had electricity, cold running water, and indoor bathrooms consisting of an old-type commode with the water tank mounted above. 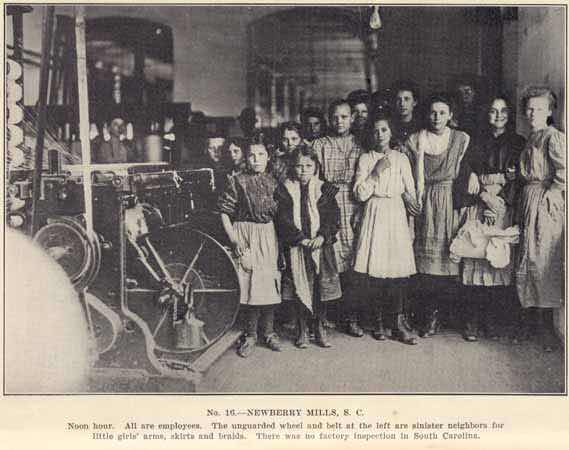 These children are gathered for a photo at the Newberry Mill, a mill town near Glenville. It says below, “The unguarded wheel and belt at the left are sinister neighbors for little girls’ arms, skirts, and braids.  There was no factory inspection in South Carolina.” 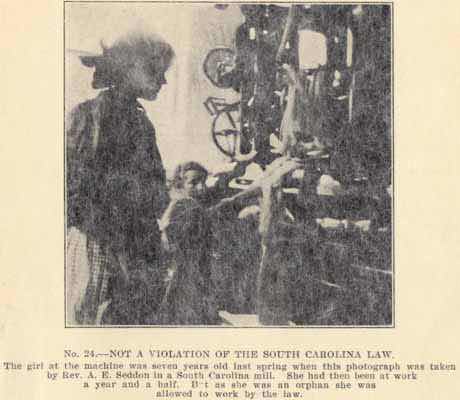 This little girl is seven years old and an orphan. She had been working in this mill for a year and a half.
Glenville Mill continued to produce cotton cloth until 1961 when foreign competition forced the closing of almost all the US textile mills. One hundred eighteen of the company houses were sold to private owners and the businesses, except for the post office, closed.
In 2004 a fire destroyed most of the mill building. 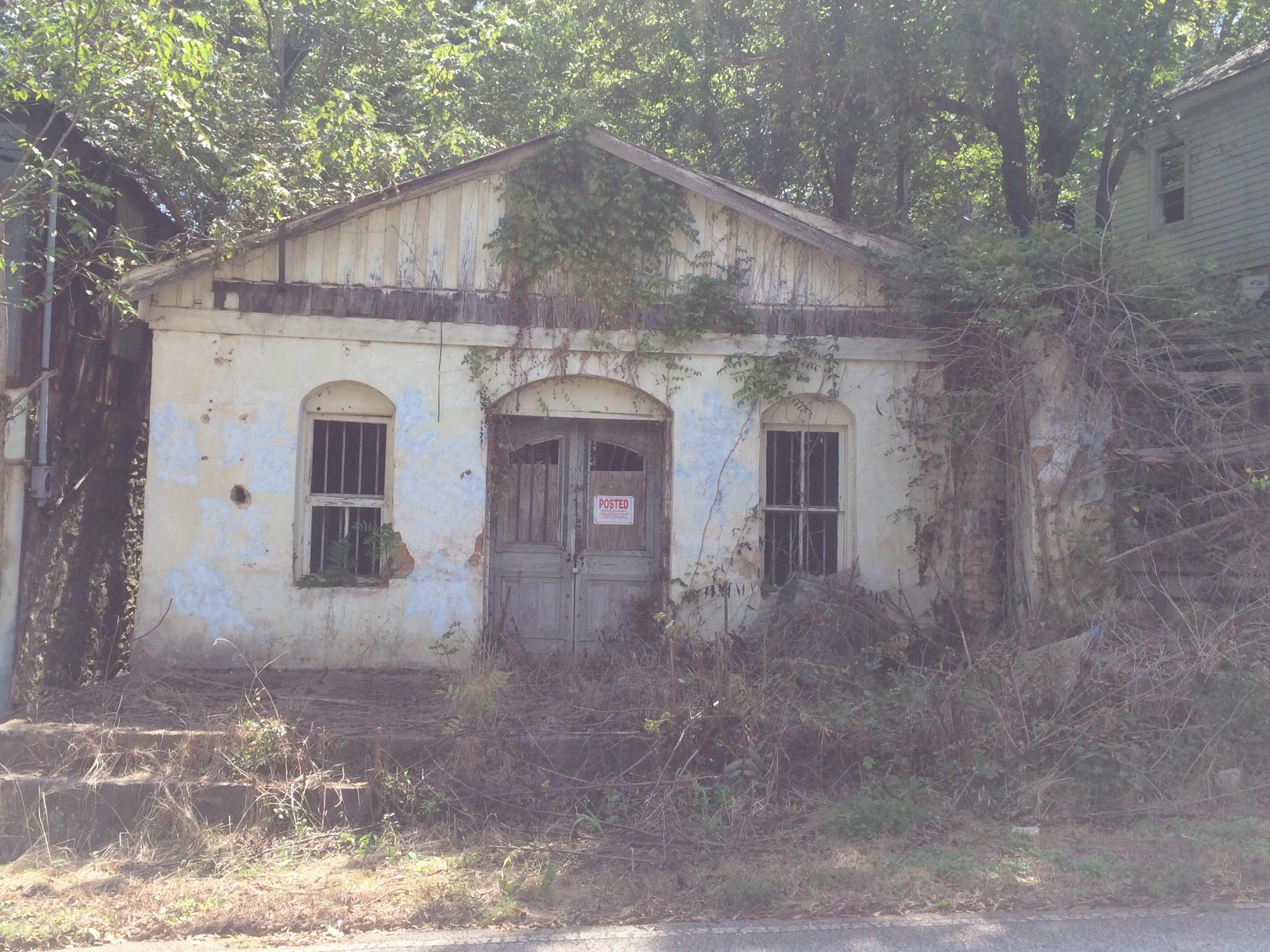 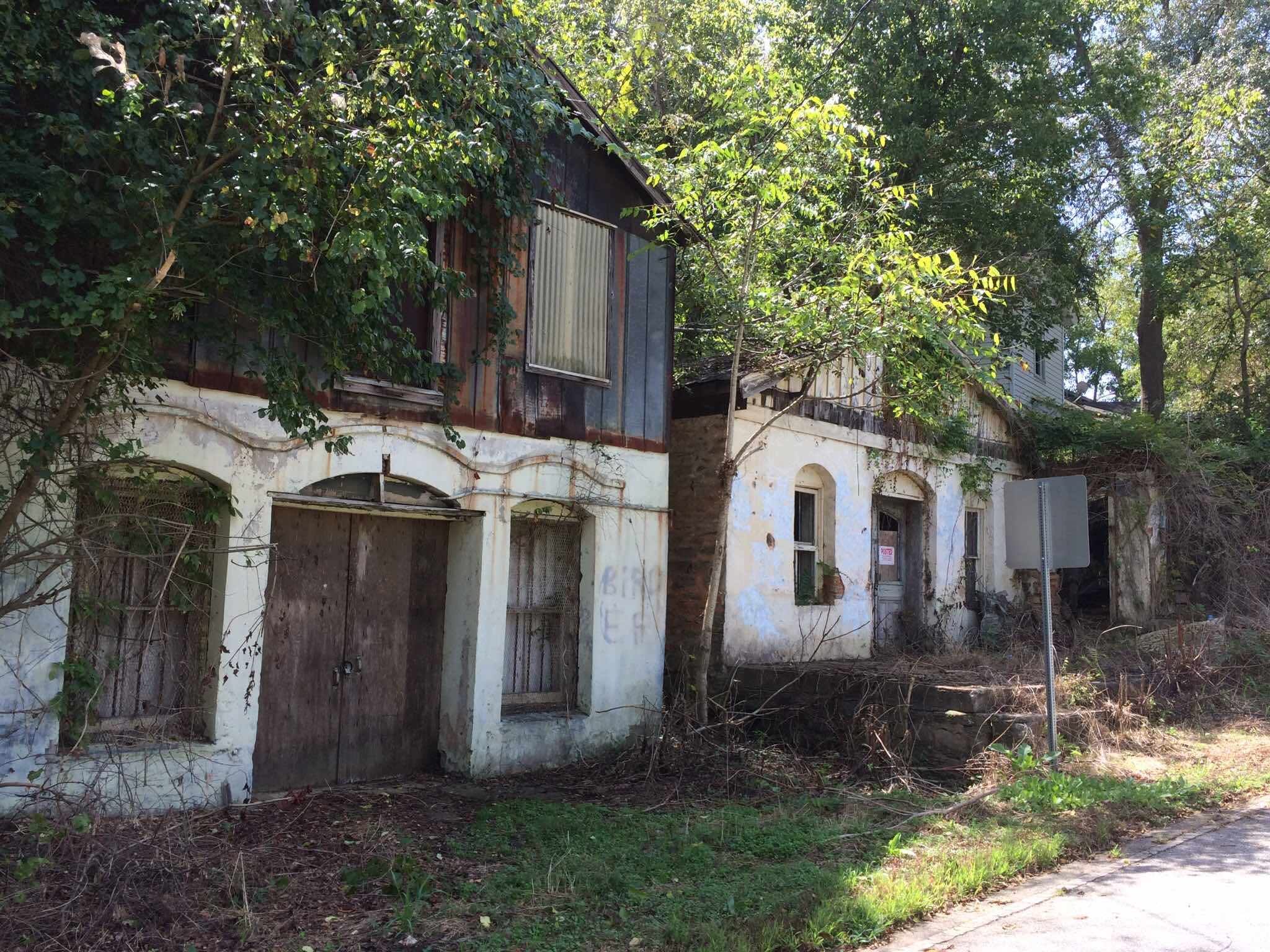